After posting a picture on Instagram, Faryal Makhdoom was criticised after she replied to a fan, calling her a “lesbian”.

"WTF? Are you homophobic?"

Faryal Makhdoom was accused of being homophobic after calling a fan a “lesbian” and seemingly using the word in a negative manner.

“Thank you God for blessing me much more than I deserve @kiyahabayas #AD.”

The post received hundreds of comments, however, one woman’s received a lot of attention.

The netizen wrote: “What’s next, bikini?”

She also included a bikini emoji.

The netizen then clarified her comment by saying that no one knows what outfit she will be wearing in her next post.

One person said: “WTF? Are you homophobic?”

Others agreed that Faryal’s comment was out of line while some called her “self-absorbed”.

One user wrote: “No one wants her to be honest because she has no shame whatsoever.

“One minute she’s covered and then the next, she’s showing her body and her mother-in-law isn’t well, she should go and look after her.” 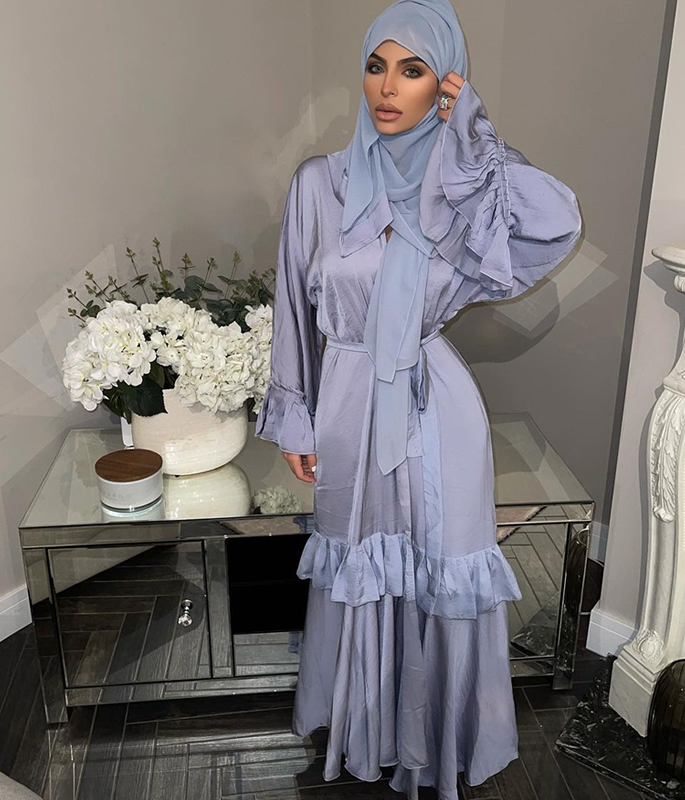 However, some users came to Faryal’s defence, saying that her comment was taken out of context.

One said: “All she said was lesbian. A word. A complete exaggeration.”

Another said: “Post been up 11 mins and already negative comments from people.

“How about you just unfollow her if it triggers you that much. Does it pay your rent or feed your soul to be bad mind on her post.”

A third said: “She can say what she wants. Get over her and get off her page you bunch of toddlers.”

Others praised Faryal’s look: “Ignore the hate comments you look amazing in this attire.”

Another said: “You look gorgeous.”

The comment generated a lot of attention and it is not the first time that Faryal Makhdoom has been accused of homophobia.

In January 2021, she sparked controversy after she referred to Amir Khan’s taste in music as “gay“.

In a Snapchat video, she and her husband were seen sitting in bed listening to music.

As Amir enjoyed the music, Faryal covered her face and winced.

The boxer asked his wife to listen to the song before Faryal said:

She then declared: “Everyone needs to see the tiger in me, not a little wuss.”

The short video clip annoyed some followers, with one user branding her remarks as “super disappointing, hurtful and very homophobic”.

Dhiren is a journalism graduate with a passion for gaming, watching films and sports. He also enjoys cooking from time to time. His motto is to “Live life one day at a time.”
Banker & Accomplices conned Businesses out of £90k
Indian Husband kills newlywed Wife suspecting Infidelity