The Growing Dangers of Harassment

Have you ever been harassed by someone you know or a stranger you have never met? DESIblitz discusses how and why harassment is on the rise in the UK.

Whether it is family related incidents, sour relationships or the obsessive need to protect. Over the years, the term harassment has evolved into a variety of differing definitions that can take place in almost any situation or scenario.

But how dangerous is harassment really for those who suffer from it? What actually constitutes as harassment? Is it just a form of obsession? In which case, when does obsession start getting dangerous?

Harassment can take place anywhere. It can happen in the work place, within your home or your place of education. It can even happen on the street.

Anyone could be guilty of causing harassment so how do you know when it happens to you? 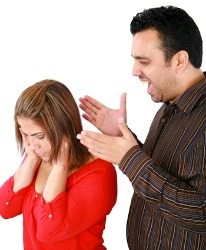 The standard definition of harassment involves any kind of unwanted conduct that has: “The purpose or effect of either violating the claimant’s dignity, or creating an intimidating, hostile, degrading, humiliating or offensive environment for them.”

If an individual or a group of people are causing mental or emotional distress on more than one occasion it may be that you are experiencing a form of harassment.

Bullying and harassment can happen face to face, on the phone, online via social networking sites, through email and even through the post.

Harassment can be prosecuted against when it is related to age (ageism), gender, disability, race, religion, beliefs, sexual orientation, pregnancy, maternity, and even sex.

Harassment and stalking can also sometimes go hand in hand, especially if the victimiser shows obsessive qualities. The 2004 British Crime Survey confirmed that a total of 1.2 million women and 900,000 men are stalked each year.

There are an estimated 250,000 new stalking cases reported in the UK every year with victims on average experiencing over 100 incidents before reporting a case to the police. With over 50% of stalking starting before the victim even leaves their own home and 45% of stalking offenders turning violent.

One particular case of harassment involves Ms Massi a Sikh woman. Ms Massi was in a relationship with a Muslim man for eight years and had three children by him, and later a fourth child with someone else.

Ms Massi however, could not let go of her first partner and kept attempting to return to him even after he was married. She constantly called him and tried to cause trouble in his relationship in an attempt to bring him back to her. 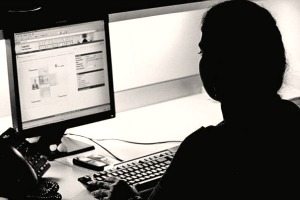 While he remained impartial to the situation, his family members tried to drive her away from the family. The man’s younger sister harassed Ms Massi continuously and attempted to scare her off.

Miss Massi says: “I was sent used sanitary towels through the post, and urine and faeces were posted through my letterbox on more than one occasion. It was awful because I was afraid for my children.”

“I knew it was her but I couldn’t prove it and she was clever enough to know that. Eventually I spoke to the grandma of my kids who then warned the family that I would call the police. Thankfully that was warning enough although no one admitted it,” she adds.

Another victim of harassment spoke of how her ex boyfriend is constantly bombarding her and her family with messages and calls:

“I went out with him for three and a half years when he finally ended the relationship at the beginning of 2012. We remained friends and he moved on. So I told him I was seeing someone new and now he keeps sending me messages and talking to my mum and brother in an attempt to get me back.” 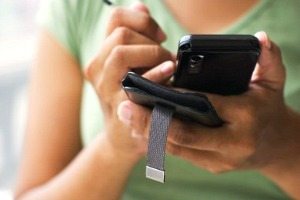 She continues: “It is making me sick with stress because I no longer have any feelings for him and what is worse is his neediness and psychotic obsession have ruined the friendship we once shared. Nothing will bring that back.”

The problem is anyone can harass anyone. There are so many different forms of it that it becomes very difficult to keep track of. The problem is how do you differentiate between an unhealthy obsession and harassment?

I spoke to Mr Saeed, a harasser. He harassed someone his dad had fallen out with. He said: “My dad’s really old, and no one messes with my family. So I got a friend to smash the windows in this guy’s house while I keyed his car a number of times on a number of occasions. How dare someone start a fight with my dad! ” 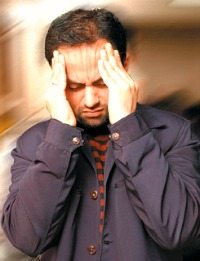 Bullying is normally only referred to children and young people but many adults can also fall victim to bullying.

These acts apply a strict code of conduct which allow people to be protected from any type of harassment and therefore harassment tribunals can lead to prosecution from a wide range of incidents.

So while harassment has become a major issue within the UK, people do not need to suffer in silence. Organisations such as the National Stalking Helpline provide support and advice for victims.

Yet the most productive way in which to deal with harassment is contacting the police and opening a case against the offender.

Of course, we have only listed a few examples of harassment here. Sexual harassment is another big issue among British Asian men and women.

But what is important to understand is that harassment is a serious offence, especially if it causes you harm in your day to day life. Whether it stems from stalking, bullying of an unhealthy obsession, the dangers of harassment  are growing at an unfortunately rapid rate.