30 Fastest Cricket Bowlers of All Time

Fast cricket bowlers have always brought excitement to the field. We countdown the top 30 who have entertained millions across the world.

Although fast cricket bowlers have long dominated cricket, the sport is mostly recognised as a batsman’s game.

Even though the batters are favoured under the game’s regulations, bowlers have caused issues for great batsmen.

Some pacers in international cricket will always be known for their exceptional bowling efforts over a length of time.

DESIblitz takes a look at the 30 greatest pace bowlers of all time in the history of cricket. 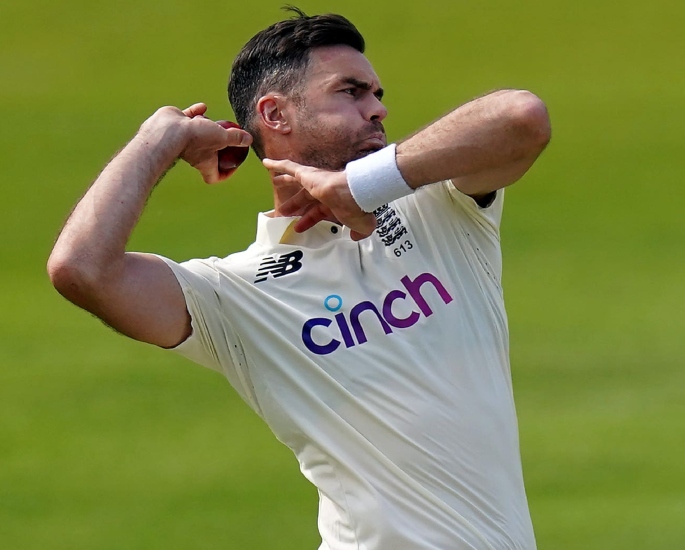 After making his test debut against Zimbabwe on May 22, 2003, James Michael Anderson established himself as the sport’s all-time fastest bowler.

Playing over 300 international matches, Anderson has claimed over 1000 first-class wickets.

He’s famously achieved three 10-wicket hauls in three separate test matches, guiding him to Man of the Match awards and being widely considered the greatest swinger in the history of the game.

Anderson is also the only fast bowler to have over 600 test wickets. 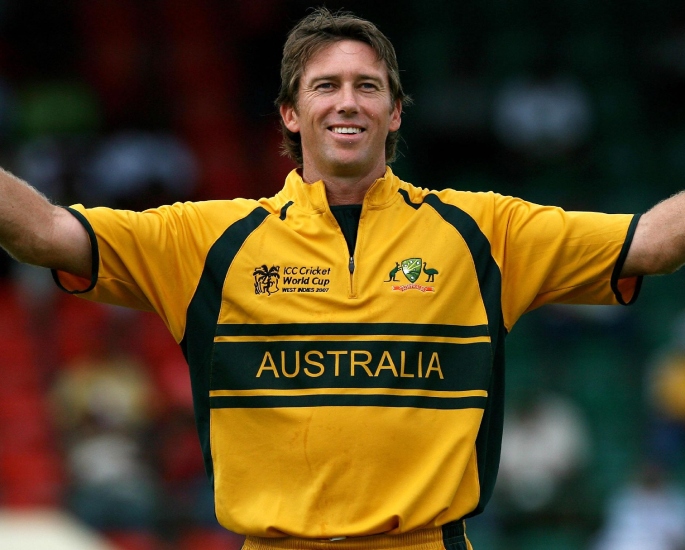 From 1993 until 2007, the Baggy Greens dominated international cricket thanks in large part to Glenn McGrath, one of Australia’s all-time best bowlers.

He is known for outstanding accuracy and during his peak, he was one the most consistent players of his generation.

McGrath is the third-most successful fast bowler too behind James Anderson and Stuart Broad. He also holds the record for the most wickets (71) in the Cricket World Cup. 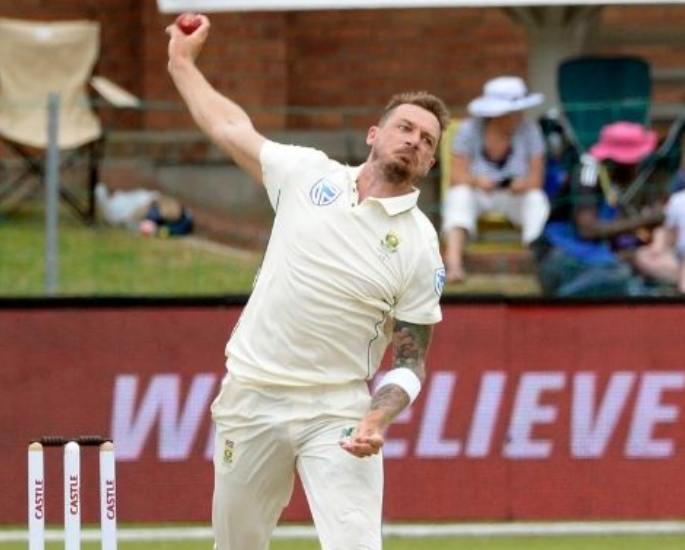 The most effective fast bowler in modern cricket is Dale Steyn.

From 2008 to 2014, Steyn, who has the highest strike rate in test cricket history, held the top slot in the ICC test rankings for a record 263 weeks. 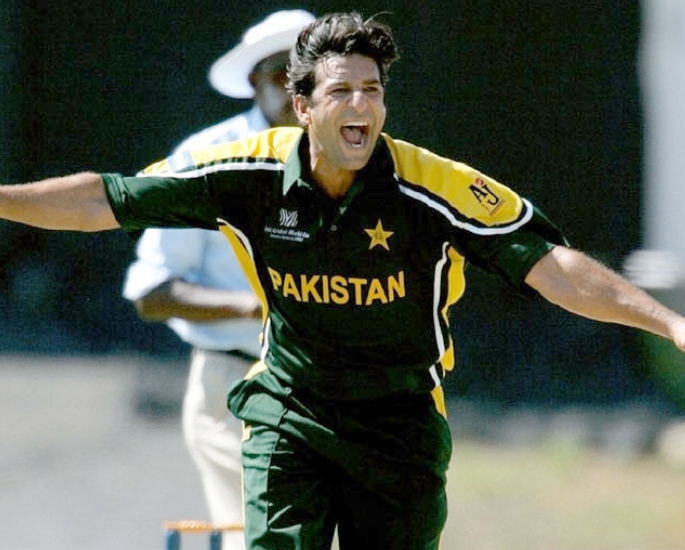 Wasim Akram, who was born on June 3, 1966, is regarded as one of the best fast bowlers of all time.

He represented Pakistan in 104 test matches and 356 ODIs.

In every circumstance, the left-arm fast bowler could make the ball walk and talk.

He also achieved 25 five-wicket hauls during that period, making him one of the most devastating people to bat against. 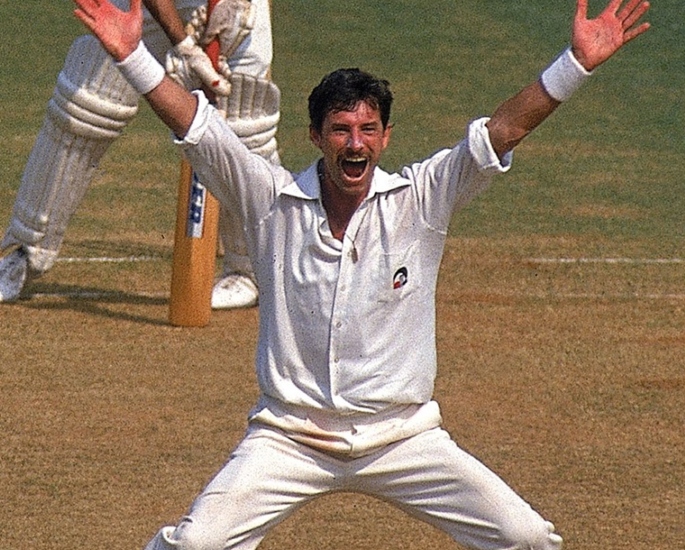 There is no need to introduce Sir Richard John Hadlee because the former New Zealand cricketer is considered one of the best fast bowlers and all-rounders in the sport’s history.

In the longest version of the game, he was the first bowler to record more than 400 international wickets.

With the assistance of two centuries and 15 half-centuries, Hadlee, the king of traditional swing bowling, also amassed 3,124 runs at an average of 27.16 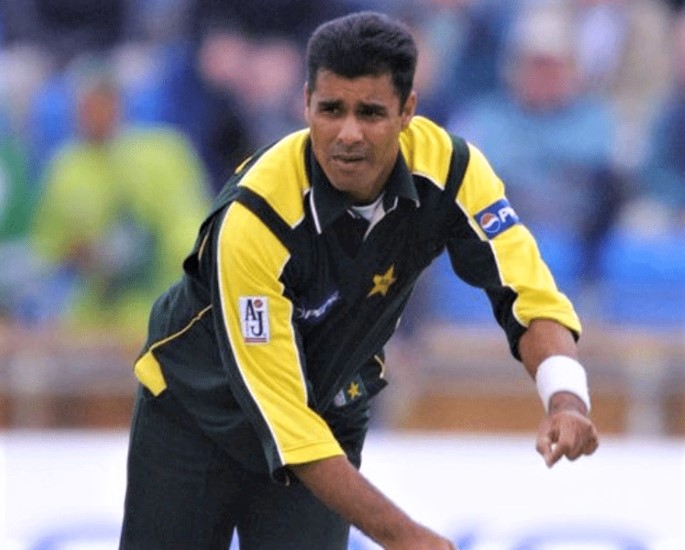 One of the best fast bowlers of all time is Waqar Younis. He was skilled at quickly reverse-swinging a ball.

Waqar led the Pakistan bowling attack for many years alongside Wasim Akram.

The two Ws became one of the best fast-bowling teams in cricket history thanks to their ability to swing the ball with great speed. 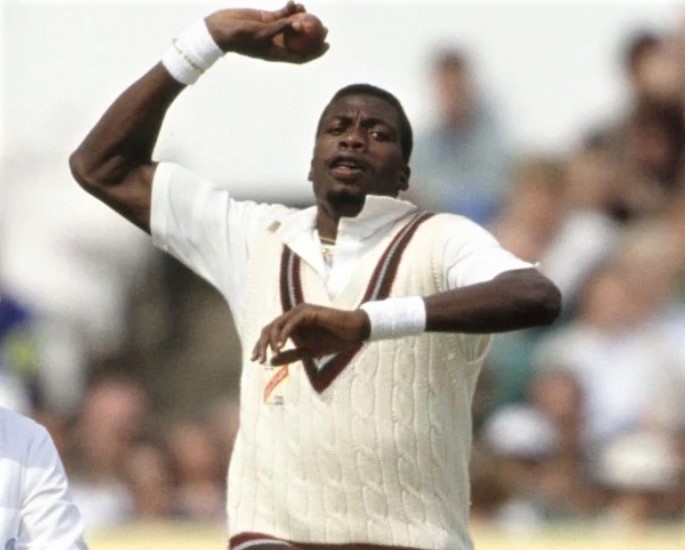 He began playing cricket at a somewhat late age and rose to become one of the sport’s best bowlers.

Ambrose’s exceptionally high bounce, made possible by his height of 6 feet 7 inches, made it challenging for batsmen to handle his delivery.

He achieved seven wickets in a test match against Australia in 1993 while giving up only one run. 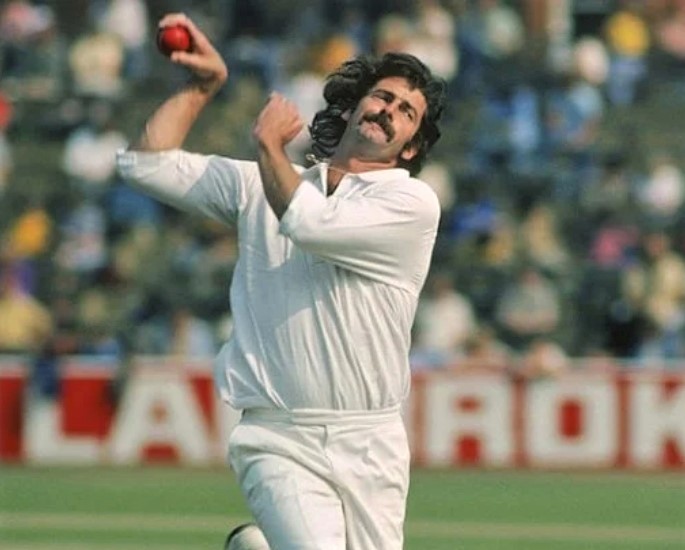 Former Australian bowler Dennis Lillee will be remembered for his feisty demeanour.

In 1971, Lillee began his bowling career as a very rapid bowler.

But in 1984, several stress fractures put an end to his career.

From 1975 through 1983, he also competed for Australia in the first three World Cups. 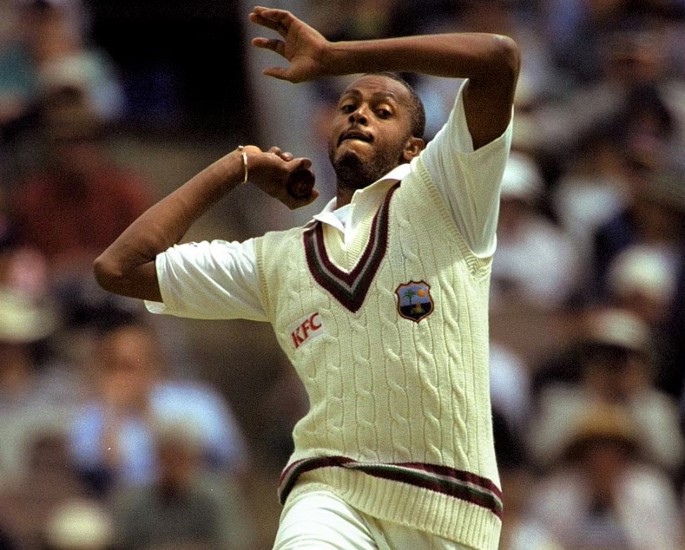 From 1984 through 2001, Courtney Walsh represented the West Indies.

For many years, he and Curtly Ambrose led the Caribbean bowling offensive.

421 test wickets were split between Walsh and Ambrose into 49 games. 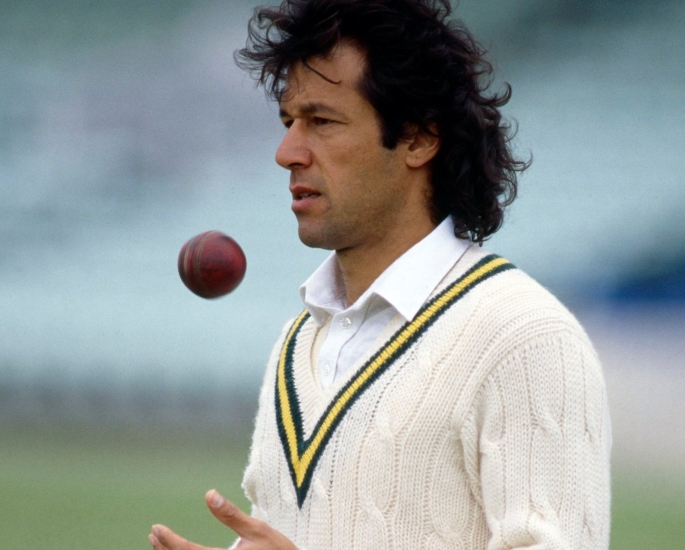 One of Pakistan’s all-time best cricket players is Imran Khan.

The dynamic all-rounder frequently carried Pakistan to victories by himself. 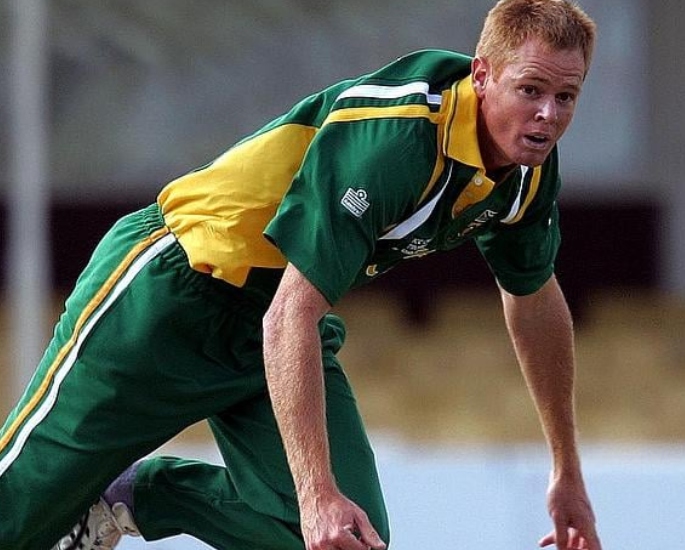 Shaun was the first player from his nation to take more than 400 test wickets.

He is the nephew of the famous Graeme Pollock and the son of renowned fast bowler Peter Pollock. 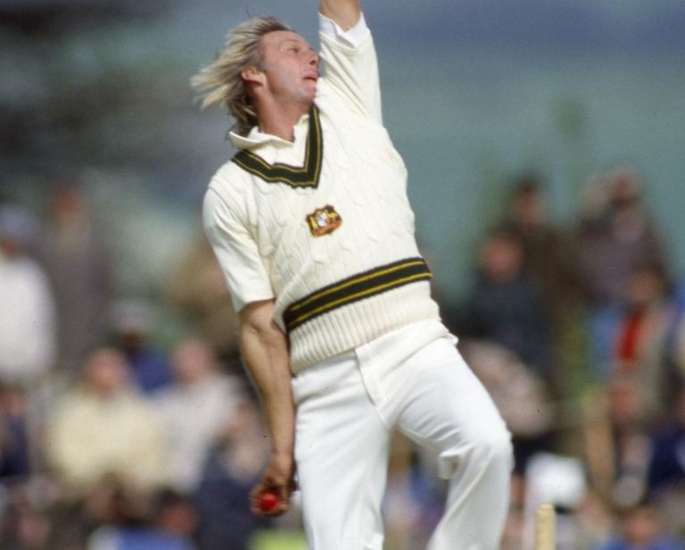 They are regarded by many as one of the most dangerous attacking partnerships in cricket history.

He did not, however, bowl the fastest ball in cricket history at the time since the measurements were made out of hand.

Viv Richards, Clive Lloyd, and Martin Crowe, three legendary batsmen, all believed that Thomson was the quickest bowler they had ever faced. 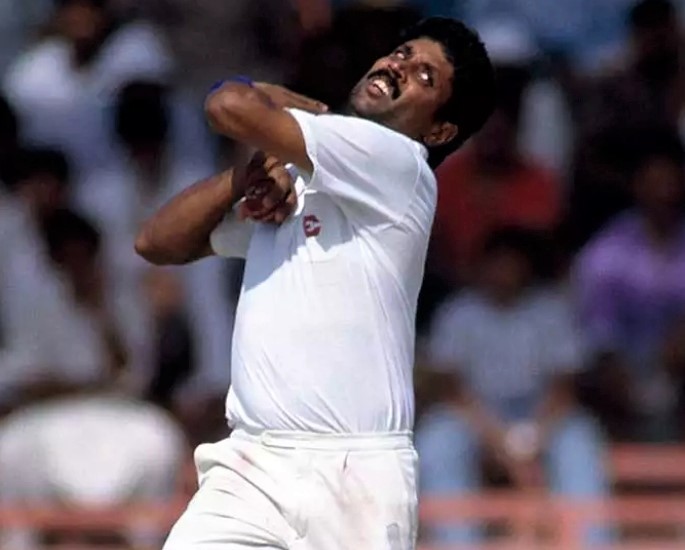 For over 16 years, Kapil Dev oversaw the Indian bowling effort.

Although Kapil was not a true fast bowler, he used to keep impeccable line and length.

The powerful out-swinger and beautiful motion that helped Kapil take 434 wickets in 131 tests will be remembered (average 29.64).

Kapil developed a good in-swinging yorker toward the conclusion of his career, which lasted from 1978 to 1994, and typically employed it against tail-enders. 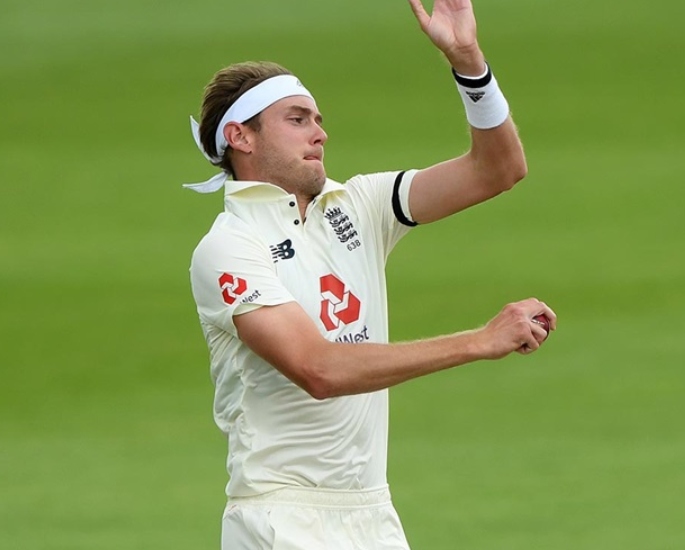 At the age of 17, he had a change of heart and began focusing on bowling.

Later, Broad showed he was a true fast bowler with a wide range of delivery options. 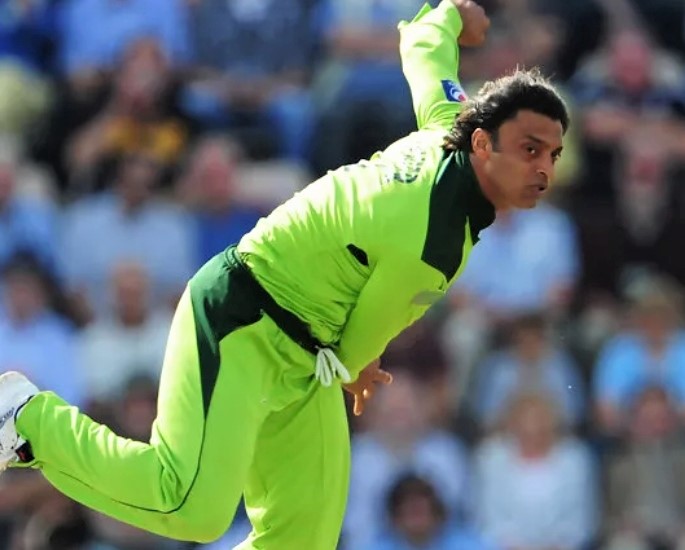 Although Akhtar set the record against England in the 2003 World Cup, he still played test cricket at a steady tempo. 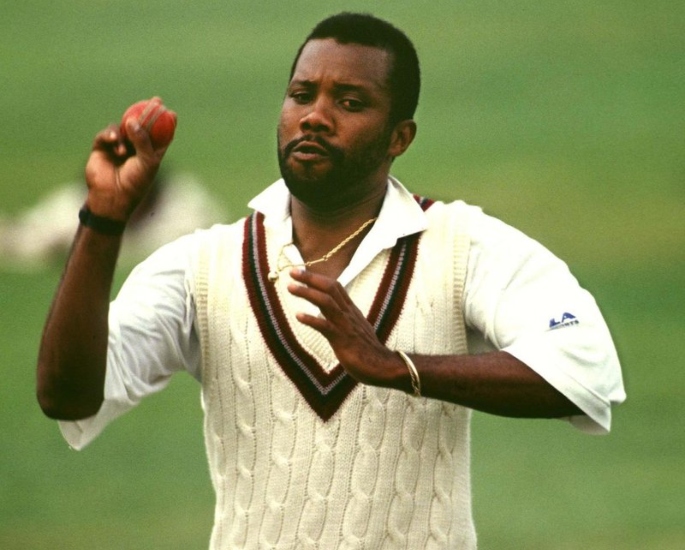 Malcolm Denzil Marshall, who is considered one of the best pace bowlers to ever play test cricket, used his height of 5 feet 11 inches to keep a steady pace

Marshall’s excellent bowling motion enabled him to create speed on any pitch wherever in the world. 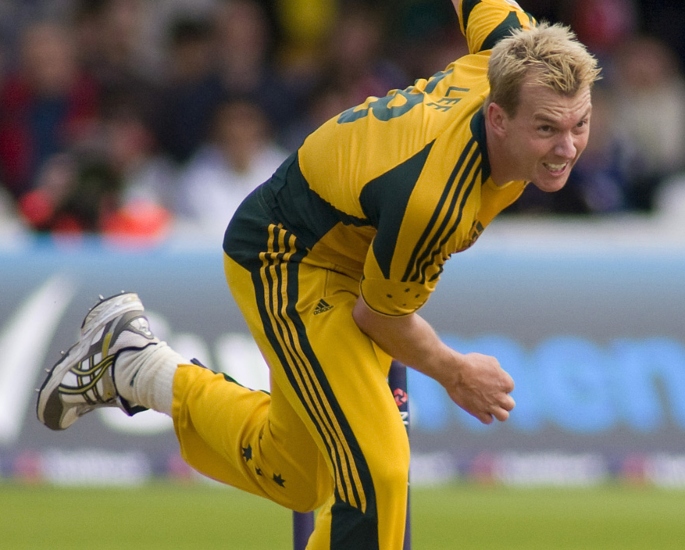 One of the quickest bowlers in cricket throughout his international career, which lasted from 1999 to 2008, was Brett Lee (born on November 8, 1976).

Throughout his career, he kept up a steady speed of about 155 km/h.

Due to the unofficial nature of the event, it was not recognised as the quickest delivery ever. 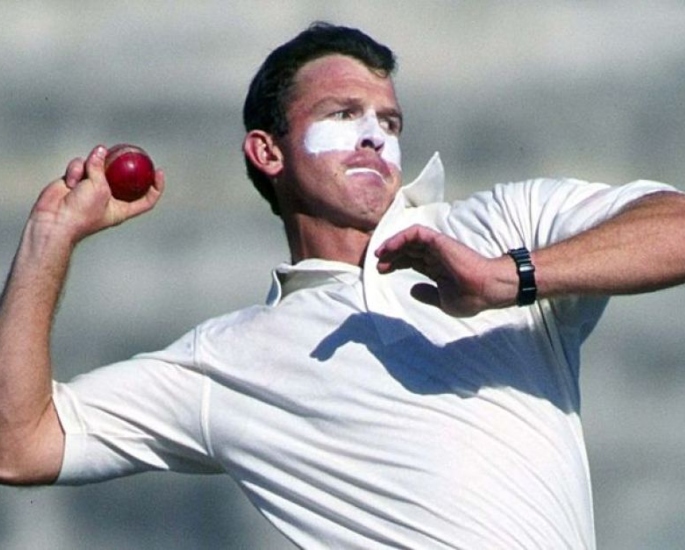 One of the fastest South African bowlers is Allan Donald, commonly known by supporters as “White Lightning.”

He was able to shift the ball away from the batsman while still producing speed, which made things difficult for the batsmen. 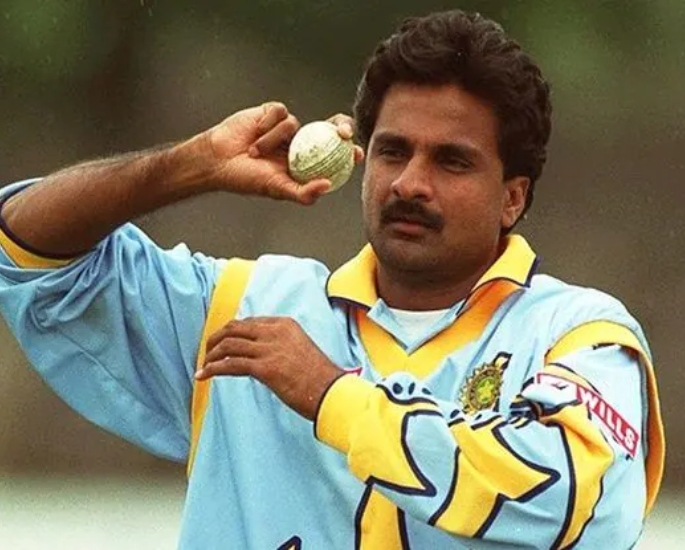 Throughout his career, he has had 10 test innings with five wickets. 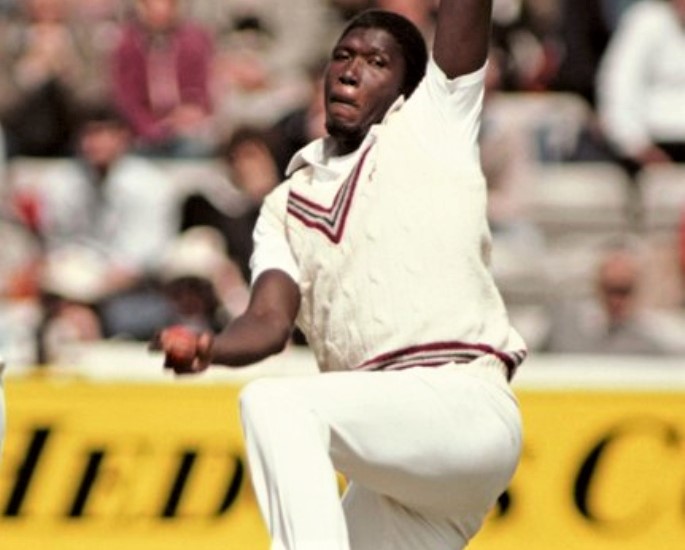 Joel Garner, who was commonly referred to as “Big Joel” or “Big Bird” because of his height of 6 feet 8 inches, was the second-tallest bowler in cricket history.

Throughout his playing career, Garner’s height helped him produce speed and bounce, which caused difficulty for the best batters.

For over 15 years, the West Indies dominated cricket thanks in large part to pacers like Garner and teammates Michael Holding, Andy Roberts and Colin Croft.

West Indies did not suffer a test series defeat throughout those 15 years. 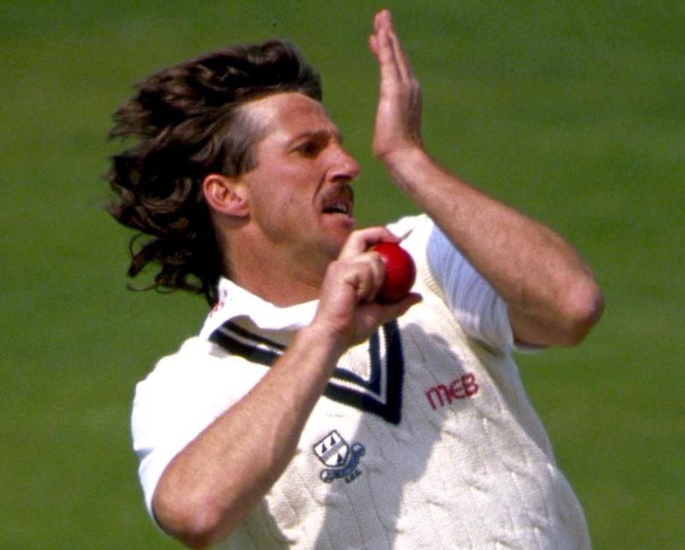 He held the record for the most wickets taken by an English bowler until 2015.

Jimmy Anderson, though, beat it by getting more wickets.

In test cricket, he was one of England’s most effective all-rounders.

Botham was also a gifted football player who played 11 times for Scunthorpe United in a domestic football league. 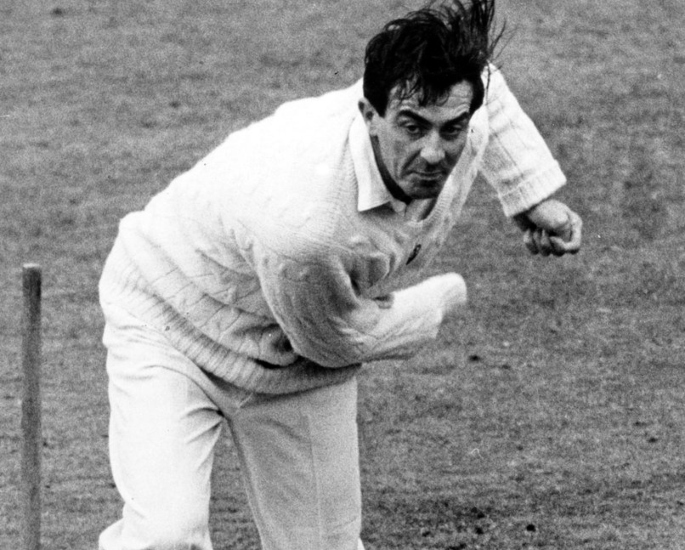 One of cricket’s all-time best bowlers is Frederick Sewards Trueman.

He used to bowl first for England alongside Brian Statham since the two were regarded as one of the most illustrious bowling combinations at the time.

Trueman was a superb fielder as well. 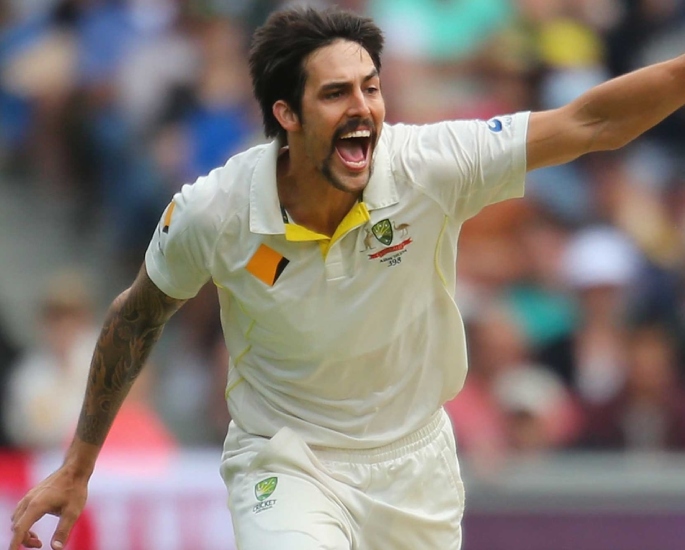 In the modern era, Mitchell Johnson is thought to be the most gifted Australian fast bowler.

To navigate Johnson’s delivery, batters frequently made errors due to his combination of velocity and bounce. 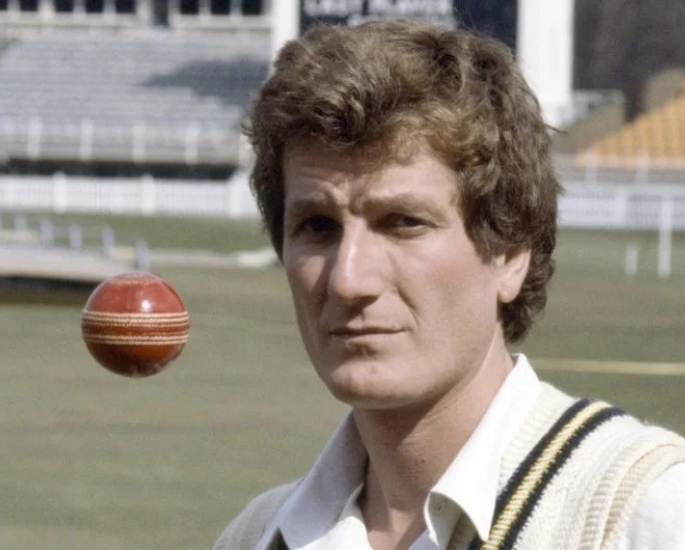 With his quick bowling, he contributed to multiple victories for England.

He excelled not just in Australia and the West Indies but also in the Indian subcontinent, where the surfaces were frequently spin-friendly. 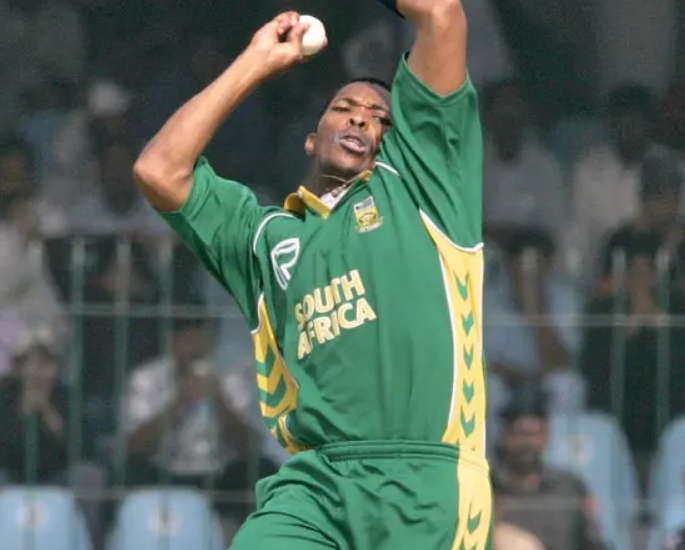 The first black player to play for South Africa, Makhaya Ntini (born July 6, 1977), is one of the sport’s most renowned bowlers.

Due to his distinctive bowling technique, Ntini caused difficulty for the batting team.

He used to bowl quickly from beyond the crease, causing batters to throw catches to the keeper or slip fielders.

With his aggressive attitude and outstanding sideways-on motion, McDermott was able to bowl outswingers with precision.

McDermott had a significant role on the Australian squad that won the 1987 World Cup.

The strongly-built bowler claimed 18 wickets during the competition. 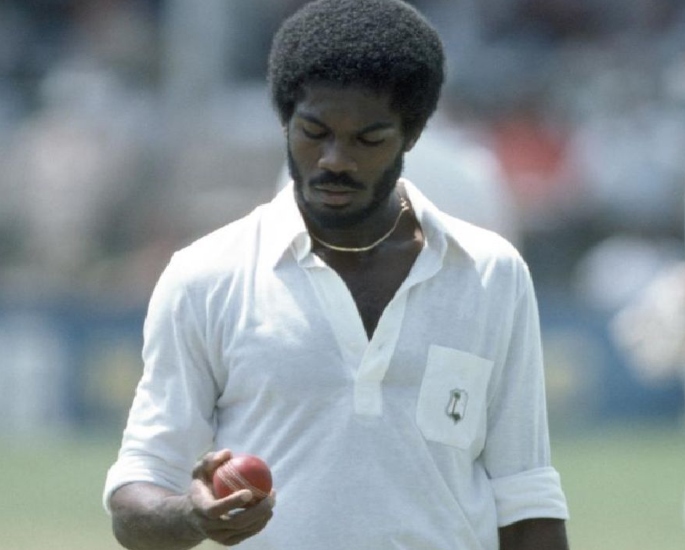 One of the quickest bowlers to play test cricket was the former West Indian cricketer Michael Holding (born on February 16, 1954).

Because of his stealthy approach to the bowling crease, umpires used to refer to him as “Whispering Death.”

Holding used his height (6ft 3-1/2 inches) to produce velocity and bounce during his run-up, which was highly fluid and quick.

His 14 wickets for 149 runs in a test match in 1976 still stand as the finest bowling stats ever. 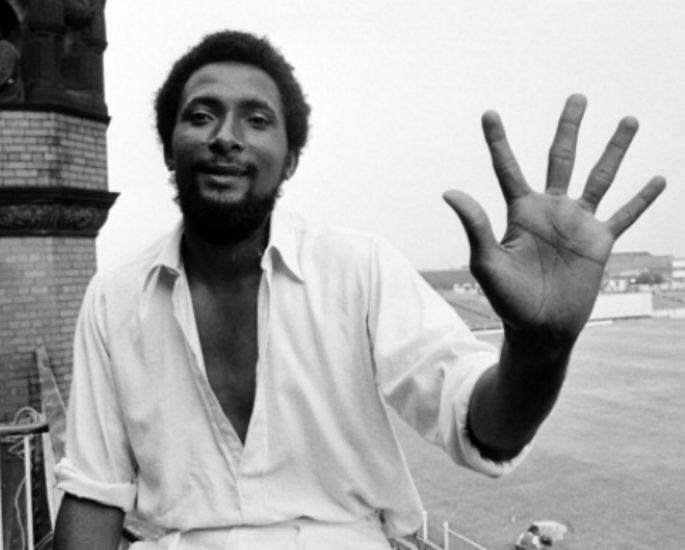 One of the Caribbean pacers who dominated cricket from the middle of the 1970s to the beginning of the 80s is Andy Roberts.

During his very brief international career, his speed and bounce intimidated elite batters. 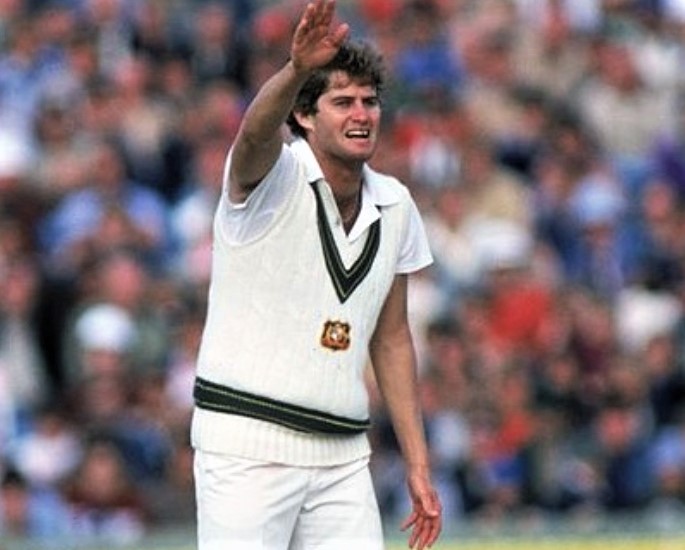 Terry Alderman, also known as Terence Michael Alderman, was a fast-medium bowler who had exceptional accuracy while moving the ball beyond the wicket.

In 1981, Alderman took 42 wickets in his debut Ashes series.

By collecting 41 wickets, he once more contributed to Australia’s victory in the Ashes series in 1989.

Alderman took 16 wickets in his final Ashes series in 1990–1991 to solidify his position as the greatest Australian bowler of all time.

Alderman made his test debut in 1981 against England and played his final match in 1991 against the West Indies. 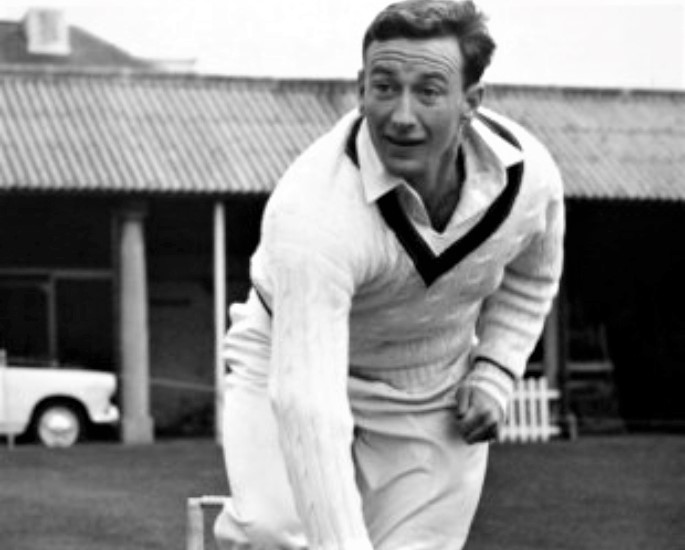 One of the players on the Australian team that Sir Don Bradman’s squad led on an unbeaten tour of England in 1948 was Raymond Russell Lindwall.

Lindwall, who was regarded as the best speed bowler of his day, was capable of delivering an outswinger that went away quickly and late.

He skillfully combined his outswinger with a blistering yorker, making it challenging for the opposing batsmen to remain at the crease for an extended time.

During the 1948 tour of England, Lindwall and Keith Miller led the Australian bowling attack.

Bowlers exceeding the 90 mph mark are highly uncommon, much alone being able to handle the physical rigours of doing so.

Brilliant fast bowlers are very rare and, when they do appear, they often don’t stick around for very long.

A quick bowler surpasses all other positions at a time when cricket seems to favour hitters more and more.

Is Sania Mirza Retiring from Tennis?
10 Richest Football Club Owners in the World