In a cross border union, Punjabi Pakistani bride Kiran Sarjeet Kaur weds Parvinder Singh from Ambala, Inda. The wedding is a positive sign for both nations.

"I hope everything will go as desired by the couple."

The unique cross border marriage that took place on Saturday, March 9, 2019, was arranged by their families, who are distantly related.

Kiran is the niece of Parvinder’s aunt, who had stayed back in Sialkot following Partition.

This was the same for many others during this period where some family members stayed while others fled.

This is the first marriage between an Indian and a Pakistani following the renewed tensions between the two countries.

Leading up to the marriage it was not all plain sailing as visas were denied to many people from both sides of the border.

Following the marriage, the couple is in the process of applying for a visa extension so that Kiran can live with her husband in India.

The two first met in 2014 when Kiran came to stay with her relatives at Tepla village in Haryana, India along with her family.

In 2016, the families decided to arrange their wedding. Parvinder’s family applied for a Pakistani visa twice, in 2017 and 2018, but their applications were turned down. 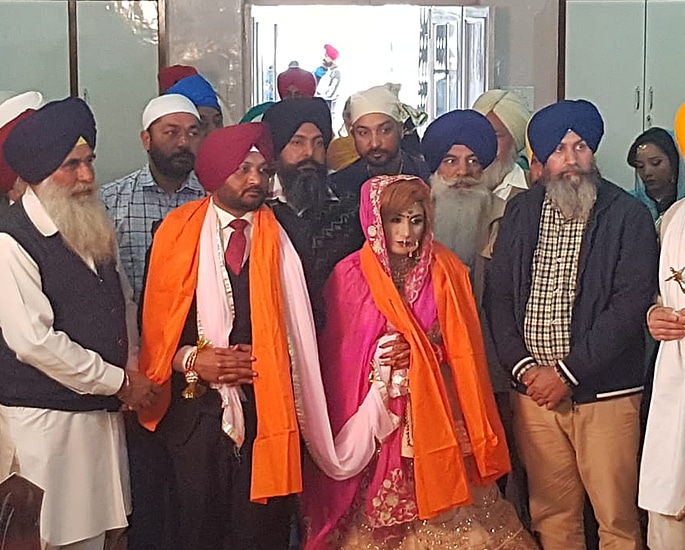 The wedding venue was later shifted to Patiala as the bride and groom’s relatives stayed in the district. The Indian embassy also granted Kiran a visa for the Indian district.

Parvinder said: “Then it was decided that Kiran and her family will come to Tepla for the wedding. When they applied, the Indian embassy granted them a visa, but only for Patiala.”

Kiran arrived in India on March 6, 2019, with her parents and siblings. They reached Delhi on March 7, 2019, after travelling on the Samjhauta Express train. 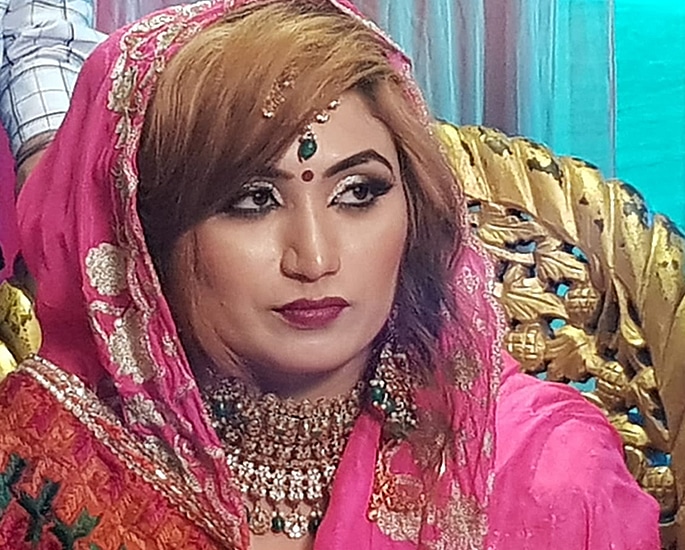 From there, they went to Talwandi Malik village in Samana, Patiala.

They were granted a 45-day visa. Kiran and Parvinder wanted to make the marriage official as soon as possible so that they could apply for a visa extension.

Parvinder contacted Indian national Maqbool Ahmad to ask his opinion about marrying a Pakistani woman during these testing times between the two countries.

Maqbool, from Gurdaspur, Punjab, India, married a Pakistani woman in 2003, following the attack on Parliament.

Ahmad said: “Our marriage was the first wedding between an Indian and a Pakistani woman after the 2001 Parliament attack and all went well.

“The marriage between Parvinder and Kiran would be the first after the recent skirmishes and I hope everything will go as desired by the couple.”

Maqbool hopes that their marriage will show a positive sign for peace to triumph. He added:

“In my view, their marriage will give a positive signal for the peace to prevail.”

“It means despite the governments fighting over certain issues, common people want peace.”

Maqbool explained that he was happy that Parvinder was marrying Kiran and vowed to help them apply for a visa extension and marriage registration.

He hired lawyer Manish Kumar to provide legal support throughout the process.

On Wednesday, March 13, 2019, Parvinder and Kiran will go to court with Mr Kumar to apply for marriage registration.

Successfully obtaining a visa extension and marriage registration would have been very difficult for the couple even in normal circumstances.

However, Maqbool’s assistance gives Parvinder and Kiran a much better chance. 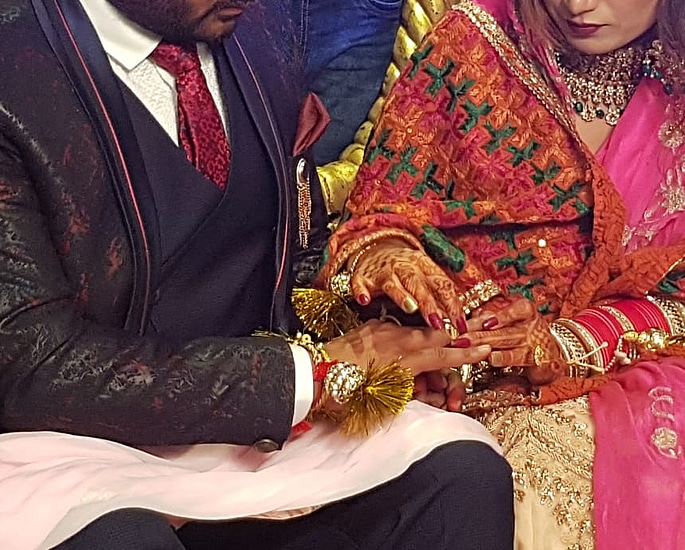 Parvinder and Kiran are not the first couple Maqbool has helped in these circumstances.

He has helped many Pakistani nationals get their visas and marriage registrations. He also helped Pakistani brides get their Indian citizenship.

Kiran’s father Sarjeet Singh Cheema said that despite India and Pakistan’s differences, people on either side of the border share a collective past and culture.

“For us, family ties have always been strong.”

“I was warmly welcomed by the people of India. Punjab have won me and my family hearts.”

“I am very thankful to the Indian government who issued visas to my wife Kiran and her family.”

“The marriage ceremony was according to the Sikh rituals.

“My family had approached the administration of Shri Moti Sahib Gurudwara, Patiala.

“At the last minute when the administration of Moti Sahib Gurudwara came to know that Kiran is from Pakistan, they refused to perform the marriage ceremony in their Gurudwara.

“Then the executive member of the Shiromani Gurdwara Parbandhak Committee (SGPC) Jarnail Singh Kartarpur helped the couple and made arrangements in the Gurdwara Khel Sahib in Patiala.

“He attended the ceremony and presented a robe of honour to the bride and groom on behalf of the SGPC.

Speaking about Kiran, he said:

“Love has no boundaries and borders. Love can win everything.”

Dhiren is a journalism graduate with a passion for gaming, watching films and sports. He also enjoys cooking from time to time. His motto is to “Live life one day at a time.”
Indian Man killed Wife and Slept next to Her for Night
Indian Bride refuses to Marry Groom who was Too Drunk