In a unique case, a Pakistani groom from Karachi took his bride on a motorbike. The marriage happened amid the ongoing COVID-19 pandemic.

A Pakistani groom turned up on a motorbike for his procession so that he could take his bride to the wedding.

The unique wedding ceremony happened in Karachi on Thursday, April 23, 2020.

The wedding happened amid the ongoing Coronavirus pandemic.

According to reports, the unnamed groom turned up at his in-law’s house on a motorbike along with two witnesses for his wedding.

Due to the ongoing situation, they abided by the social distancing guidelines.

Following their wedding, the newly-married couple were seen on the motorbike in the street along with the two wedding guests, who were on another bike.

Locals saw the Pakistani groom and his bride as they went past.

The couple later rode off to their home and to begin their married life. 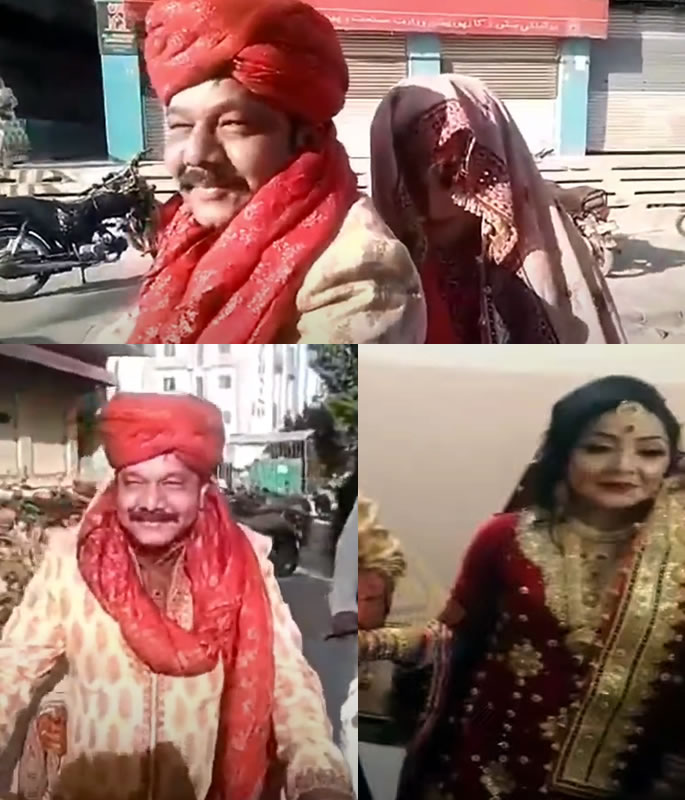 Marriages continue to take place in Pakistan despite the ongoing COVID-19 pandemic and the current risk of spreading the infection.

While most marriages are taking safety precautions, they have been some cases where the guidelines were ignored.

In one case, a groom and his family were arrested for having a wedding.

Police raided the property and found more than 50 people inside. They consisted of the groom, his family and friends.

The Pakistani groom, his family members, neighbours and relatives were about to leave for the bride’s house when a police team raided the house.

Officers explained that they had violated the lockdown rules and had stated that such gatherings run the risk of spreading Coronavirus.

Following their arrests, a case was registered under Section 188 (disobedience to orders) of the Pakistan Penal Code.

One incident which attracted a lot of attention involved a woman who infected nine people with COVID-19 at a wedding ceremony in Karachi.

It was reported that the nine people are all part of the same family. They had attended a wedding where the woman was also in attendance.

The woman had travelled from Saudi Arabia and was diagnosed with the deadly virus.

During the wedding, she met with the family, subsequently infecting all of them.

After the function ended, the family members started displaying symptoms of Coronavirus. They underwent testing and the results came back positive.

The family was taken to hospital for treatment.

The authorities explained that other family members are self-isolating at home, adding that they were searching for all the people who had attended the wedding as they could be potential carriers of COVID-19.

Dhiren is a journalism graduate with a passion for gaming, watching films and sports. He also enjoys cooking from time to time. His motto is to “Live life one day at a time.”
Woman walking to Jaipur amid Lockdown is Gang-raped
Indian In-Laws find future Daughter-in-Law Dead in House