British Pakistanis are stranded in Pakistan in Need of Help

Hundreds of British Pakistanis are in desperate need of help. This comes as they are stranded in Pakistan due to the Coronavirus.

"I’m a clinical pathologist. The virus is spreading rapidly here"

British Pakistanis who are stranded in Pakistan are appealing to the government to charter a plane to bring them back to the UK.

This comes after the country suspended all international flights amid a Coronavirus lockdown.

Among those stranded are NHS workers and people with underlying health conditions.

As the pandemic continues to spread, Pakistan is one of a number of countries that have decided to suspend international flights coming into and going out of the country.

The country’s civil aviation ministry stated that all flights have been suspended from March 21 to April 4, 2020.

Despite the ban, some passengers have been told to look out for one-off flights, but it has been reported that airlines are charging around £1,000 for a return ticket.

Khurram Hussain is one person who is stranded. The 28-year-old is a pathologist who works for the Bradford Royal Infirmary and who was expected to be on the “front line, fighting the Coronavirus pandemic in the UK”.

He said: “I flew out on the March 5 to see my granddad who is really unwell with cancer and was scheduled to return on March 27.

“Even before I flew out I checked with the British High Commission in Pakistan if there was any indication flights would be cancelled, I heard nothing from them or the airline I flew with.”

He said that two emergency flights were cancelled, costing him hundreds of pounds.

Khurram added: “I’m a clinical pathologist. The virus is spreading rapidly here and not only would I be safer in the UK, I also want to help out.

“I’ve heard nothing from the Foreign Office or Pakistani Authorities.”

Khurram went on to say that he is surprised at criticism that he should not have flown out, given how only in the past few days not many people expected a lockdown in the UK. He also said that the government had given mixed messages.

He is one of many British Pakistanis who have asked for a plane to be chartered.

“Please either charter a plane or speak with the international carriers here, we’re being asked to pay £1,500 to return in one-off emergency flights.

“I’m lucky I can afford to pay the fees. Hundreds of others can’t. I know of at least three others who work for the NHS that are stranded out here.

“The government is urging retired NHS workers to come back, but they should also bring back the ones who are ready and willing to help but stranded abroad.”

Rehana Afzal is also stranded and is desperate to return to the UK with her husband and son, especially since they suffer from underlying health conditions.

She told Metro: “My husband is severely diabetic. Coronavirus is spreading here, we’d feel a lot safer in the UK.

“We left on March 1 and were due to return on the 22nd of this month, only 24 hours before we were told, by someone from another country, not the British High Commission or Pakistani officials, that our flights had been cancelled.

“We were all ready and packed to come back.

“Even when the Foreign Office was urging people to return home, the message didn’t reach us. We were notified by someone else.” 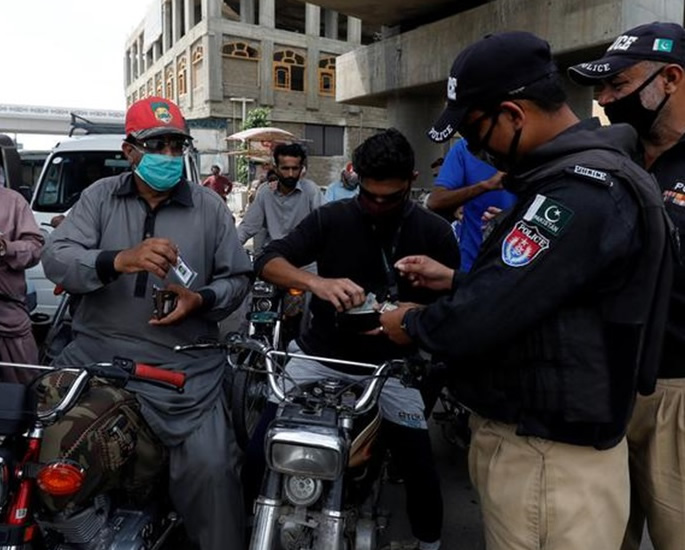 “Lots of families are stranded here. We’re in a desperate situation.”

Dr Suriyah Bi stated that she is worried for her mother as she is running out of medicines.

“At times she ends up in hospital, in ICU, because her asthma gets so bad. My mum has insulin and she’s running out. I’m worried sick.”

She added that her mother, father and two brothers had flown out of the country and feared the worst when it came to their health.

Dr Bi pleaded with the government to help bring them back.

A spokesperson for the Foreign Office spoke about the British Pakistanis:

“We recognise British tourists abroad are finding it difficult to return to the UK because of the unprecedented international travel and domestic restrictions that are being introduced around the world – often with very little or no notice.

“The FCO is working around the clock to support British travellers in this situation to allow them to come back to the UK.

“The Government is seeking to keep key transit routes open as long as possible and is in touch with international partners and the airline industry to make this happen.”

Restrictions mean that people can only leave their homes to shop for essentials, to travel to and from work where “absolutely necessary”, for exercise once a day, and to fulfil any medical or care needs.

Dhiren is a journalism graduate with a passion for gaming, watching films and sports. He also enjoys cooking from time to time. His motto is to “Live life one day at a time.”
New Zealand man has Indian Wedding despite Janta Curfew
Fines of £30 for UK people ignoring COVID-19 Lockdown