Prakash Padukone is one of India’s greatest sporting legends. We spotlight the former All England Open Badminton Champion.

"Winning All England was always one of my childhood dreams."

Prakash Padukone is arguably one of the greatest ever Indian Badminton champions. He is a former winner of the All England Badminton Championships and a World Cup Gold medalist.

Prakash played in an era of many good rival players like Rudy Hartono (INA), Morten Frost (DEN) and Liem Swie King (INA). He is remembered as the first Indian to play an attacking game like these foreign players.

Post-retirement in 1988, Prakash has led the Indian agenda for further glory. Besides initiating his sports management company and badminton academy, he has also co-established a foundation to promote Olympic sports in India.

Prakash was born to Ramesh and Ahilya Padukone in Bangalore, India on 10th June 1955.

He was raised in a Konkani speaking conservative middle-class family from Karnataka. His father played the sport himself and introduced the game across the state.

Passionate about Badminton, Padukone fell in love with the sport from an early age. Prakash was seven when he first began playing the sport in Bangalore. 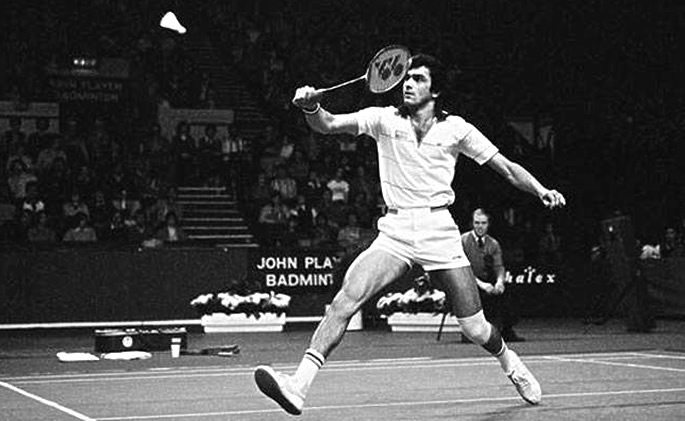 In the 60s, there were hardly 3-4 courts, as Badminton was a very alien sport in the city. Ball Badminton was more popular at the time. `

As a young boy, Padukone played the sport with his brother and friends at a marriage hall in Malleswaram when there were no weddings taking place.

His first match was against an 18-year-old boy, which he lost. In those days there were no age categories. A young Prakash started crying, as he did not want to lose the game. But he did get a consolation prize.

In 1964, Padukone won the state junior title, which kick-started his career.

His idol in Badminton was Rudy Hartono from Indonesia. In fact, he modelled his game on him.

Padukone got the opportunity to play against the World Champion at the age of 15, losing quite comprehensively. This match was a real eye-opener for him. Padukone realised he was playing defensively, which was not ideal to survive in the international game.

Without completely changing his game, Prakash then added the Chinese and Indonesian attacking elements such as power and speed to his own wristy and touch shots.

He also learned the half smash (a shot played using the wrist with deception to catch the opponent on the wrong foot). This shot paid dividends for him in the long run.

In 1971, his first national victory came at the age of 16 when he won the junior and senior titles – a record of its time. This was a memorable moment for Prakash, with it being a very close match indeed.

By then he took the sport more seriously and made more effort. He went on to become national champion for nine consecutive years. 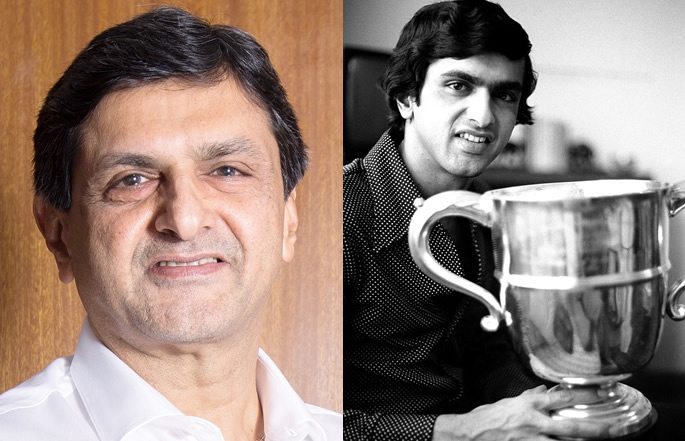 Padukone did well in his academic studies too, whilst playing sport. He would do his physical training in the morning; attend classes and then train again in the evening. Prakash would go to bed at 10pm and wake up at 5am.

Recognised for his sporting achievements, he received the Arjuna Award in 1972.

In 1976, Padukone took leave from the Bank he was working at to train with the Indonesians for six weeks. He learned so much from that trip, especially the physical aspects of training.

In the late 70s, Prakash had to be at his best, as he would only get to participate in 2-3 tournaments outside of India. His first international achievement came at the age of 23 when he claimed a Mens’ Singles Commonwealth Gold at Edmonton in 1978.

He accomplished the grand slam in 1980, winning the Danish, Swedish and England open – 3 tournaments on the trot.

Clinching the 1980 All England Open Badminton Championships at Wembley Arena in London was a defining moment in his career. He was in total command of the final, defeating Indonesia’s Liem Swei King in straight games 15-3, 15-10.

Recalling this victory, Padukone exclusively told DESIblitz: “Winning All England was always one of my childhood dreams.” 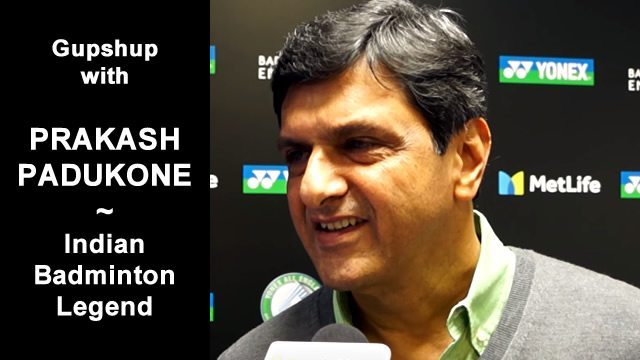 With success at All England being equal to becoming Wimbledon Champion in Tennis, Prakash was able to put India on the world badminton map.

He reached Number 1 in the rankings following this triumph. This was also a turning point for Indian Badminton as the game gradually grew in the south of the country.

After winning the All England he became a professional or what was termed as a licensed player in December 1980.

It was challenging for him to become professional and be based in India. There were many hardships as sponsorship was a major issue. Hence he moved and spent six years in Denmark, as there was lack of opportunities and facilities in India. India was not the place to be in the 80s from a badminton perspective.

In Denmark, he secured a contract with a team in a local league. There he had a full time paid manager who looked after his interests off the court.

Hence, staying in Denmark helped him to concentrate on his game and remain at the top 10 for almost eight years.

His domination of the sport continued in the 80s. He won a Men’s Singles Gold medal at the inaugural 1980 Badminton World Cup held in Kuala Lumpur, Malaysia.

In 1980, he also managed to win the Indian Masters in Pune. In 1982, his two victories came at the Dutch and Hong Kong Open, followed by the Padma Shri Award for his contribution to sports.

At the peak of his Badminton journey, Padukone had a fighting quality and spirit inside him as well as the killer instinct and self- belief to perform under pressure.

Like modern day contemporary sportsmen such as Roger Federer, Prakash was very cool on the badminton court. Padukone was always concentrating on the present as opposed to the past or future. He did not show much emotion on the court.

In a career span of 17 years, like with all sports people he had many up and down phases in his career. 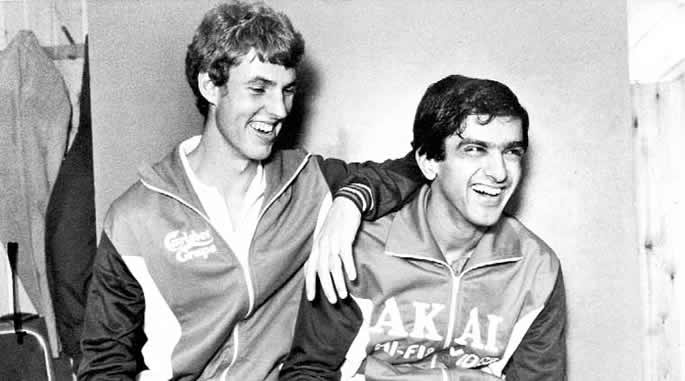 The humble Prakash was the greatest Indian badminton player of his time, yet perhaps not the greatest in the world.

Padukone hung up his boots in 1988 and then had a brief stint as chairman of the Badminton Association of India. From 1993 to 1996 he was the coach of the Indian national badminton team.

He also served as Manager of the Indian Team, which won a Silver Medal in the Men’s Team category and Bronze Medal in the Women’s singles at the 1998 Commonwealth Games.

Since retiring, he has done his bit by setting up the Prakash Padukone Badminton Academy (PPBA) in 1994. This was initiated with the help of former Indian badminton players Vimal Kumar and Vivek Kumar and aided through sponsorship.

The idea of the academy is to identify talent and provide them with a platform to develop their game. The academy houses the best coaches, equipment facilities, acting as a centre of excellence.

With the likes of young protégé Saina Nehwal having trained at the academy, the aim is to produce Olympic champions.

Players from all over the country visit the academy to improve their game. Prakash enjoys being on the court with the players and coaching them. 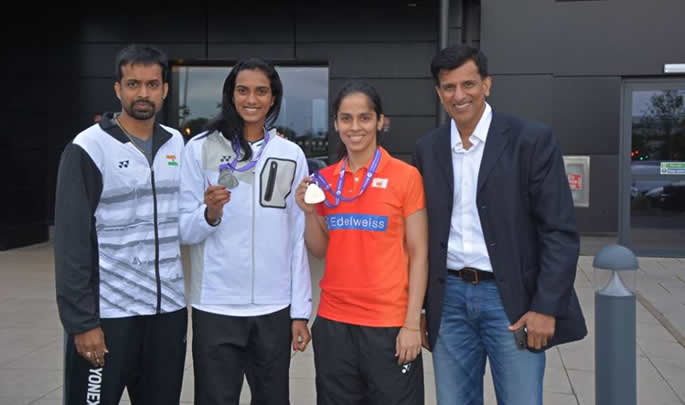 OGQ is a Public Private Partnership (PPP) of sportsmen and businessmen, both bringing in their own strengths and expertise.

The OGQ dream is to nurture top-notchers and deserving sports people who have the potential to win gold at the Olympics.

In reply to a question about the philosophy and vision behind OGQ, Prakash said:

“We support all the Indian athletes who have [a] chance of getting a medal in the Olympics, irrespective of the sport.”

Padukone feels the sport in the country is booming and there are some exciting players coming through the men’s game. Not so much in the women’s game. He thinks a lot more needs to be done and can be done.

There is no doubt that the federations can do much more in starting regional academies.

Off-court, Dev Kumar has penned Padukone’s biography Touch Play, which was published in 2006. The book gives a full account of his sports journey, with historical information about badminton in Mysore.

On a personal front, Prakash tied the knot with Ujjwala in his twenties.

Despite Deepika having played badminton as a teenager, Prakash has always encouraged his children to pursue their own interests and be independent.

Daddy cool does enjoy watching his daughter’s films, but will not interfere in her business.

Having had his share of the limelight, Padukone no longer wants to be at the forefront of attention.

India is thankful to have a role model like him. He has inspired a whole generation in sports.

Badminton was a dream he fulfilled at a time when the sport was nothing in India and now it is truly something.

DESIblitz wishes Prakash Padukone all the best with OGK and the impetus he continually gives to Indian badminton and sports.