A tax fraudster from Birmingham, who was building his palace in Pakistan, has been ordered to repay £2.2 million or face ten more years in prison.

“It is enormous with dozens of rooms, a library, servant quarter, cinema, underground parking and guard rooms.’’

Mohammed Suleman Khan, who has been imprisoned for tax fraud, has been ordered by the UK court to repay £2.2 million, or face extended prison time.

The Birmingham fraudster received a four-year prison sentence in April 2014 for evading £450,000 of tax.

During his hearing at Liverpool Crown Court last week, Khan was ordered to pay £2,209,090 within six months. His failure to do so will result in an additional ten years behind bars.

Judge Andrew Menary QC gave his verdict after hearing the details of Khan’s extravagant lifestyle that included building a ‘palace’ in Pakistan.

Police investigation first revealed Khan, 43, was living in a gated house in Moseley worth £500,000. He also owned a BMW.

After raiding his home, they also found out Khan had plans to build a lavish mansion in Attock, Pakistan.

His mansion was partially built at the cost of £893,000. This picture shows its state of construction in August 2011. 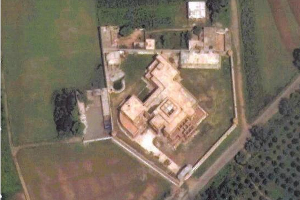 Judge Menary could not help but exclaim at Khan’s astonishing greed.

He said: “It is enormous with dozens of rooms, a library, servant quarter, cinema, underground parking and guard rooms. It is the size of Buckingham Palace.’’

This standing evidence of Khan’s greed, if completed, has an estimated worth of £2.3 million.

The absence of any form of employment raised serious questions for the police as to how Khan had gathered resources to construct his ‘Pakistan Palace’.

Things became more suspicious after the police discovered his Moseley home was actually owned by his relatives and his bank accounts never processed any large sum of money.

His lawyer argued Khan had made £400,000 from his debt collection company and various businesses in the UK and overseas.

But his defence was shattered when the police found no trace of his company. They also exposed that Khan, by evading tax, had made over £1 million during a nine-year period.

His ‘Buckingham Palace’ project in Pakistan also came to light, when the police exposed he had used illegitimate means to finance his million-pound property.

Khan’s prison sentence came as a surprise to the criminal community in Birmingham, as many saw him as a fearsome and mysterious figure.

A source from the gang said: “In recent years, he was said to have turned religious. But this man was still feared and his dealings and movements were shrouded in mystery.

“Not many people had even ever set eyes on him and he had this kind of mythical status where people only said his name in hushed tones.”

Detective Inspector Andy Bannister, who led the investigation, said: “No matter your standing within the community, police and other agencies such as Her Majesty’s Revenue and Customs will seek to investigate and where appropriate prosecute individuals who are perceived or seen to be living a lifestyle or own property inconsistent with legitimately earned income.” 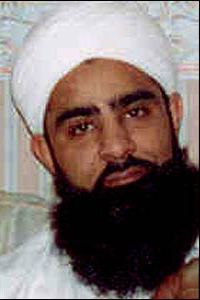 Khan’s involvement in crime is not limited to tax fraud. Referred to as ‘The General’ by the gang, Khan was questioned by the police twice over the execution of Azmat Yaqub in 2004.

Yaqub died of head and chest wounds at the scene and was survived by his wife and newborn child.

Khan, who arrived in the UK from Pakistan days after the cold-blooded murder, was among a number of suspects arrested by the police. But he was later released.

Despite the police’s appeal for the public’s help on BBC Crimewatch, Yaqub’s killers have yet to be brought to justice.

Tax evasion is not an uncommon crime among Asians, but Khan certainly deserves no less than what the court commands for the way he has manipulated and flaunted his illegitimate wealth.