Raja Rajeswari, with an aim to address gender inequality, is the first judge of Indian origin to take the bench of a US criminal court in New York City.

“For someone like me, an immigrant who comes from India, I’m beyond grateful.”

Raja was born in Chennai and moved to Staten Island when she was 16 years old.

She has been working as an assistant district attorney at the Richmond County District Attorney’s office for the past 16 years.

She has also gained over four years of experience as the deputy chief of the Special Victims Unit.

One of her most high-profile prosecution was against Stephen Fasano, who was sentenced to nine years in prison for the manslaughter of Abdou Cisse at a ‘Mob Wives’-affiliated pub on Staten Island. 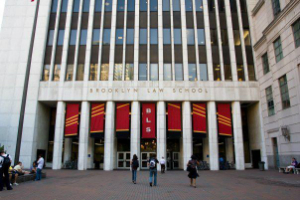 The new judge continued: “For someone like me, an immigrant who comes from India, I’m beyond grateful.

“I told the mayor this is not only my American Dream, but it shows another girl from a far away country that this is possible.”

Being an authoritative figure in American society isn’t the only thing that excites Raja. She is ready to make a difference for the South Asian community in New York.

While serving as a prosecuting attorney in the city, Raja has seen first-hand how children and women fall victims to domestic abuse in the South Asian community. She said:

“Many of the domestic violence victims have been South Asians, Sri Lankans.”

Even before she immigrated to America, Raja was well aware of the extent of gender inequality and related social issues in her birth country.

Raja recalled how some of her ‘brilliant girlfriends in India were married off at the age of 14 and 15’.

These memories affected her so much that Raja finds herself most drawn to cases that victimise women and children, and invested in giving them a better life.

As a pioneer in her new position, Raja makes it her mission to ‘improve the judicial system by encouraging interpreters to have more access to aid immigrants’. 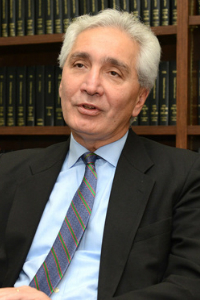 Raja also sees this as an opportunity to give back to the community that has welcomed and accepted her as a young immigrant.

According to her LinkedIn profile, Raja studied law at Brooklyn Law School. She can speak Tamil, Hindi, Malayalam, Telugu and Sinhalese.

Despite her accomplishment in law, Raja does not lack creative spirit. She is a trained Bharat Natyam and Kucchipudi dancer and choreographer, who performs regularly.

While Raja is not the first Indian-American judge, she is the first to take the bench in a US criminal court.

Her male counterparts serve the US civil courts. Jaya Madhavan was appointed to the New York City Housing Court in Bronx County.

Raja’s appointment will no doubt make Staten Island very proud. For Indians – especially Indian women – in the US and abroad, this will give voice to the unheard issues and provide a good role model for young people.