In addition to his success in the film industry, Bollywood filmmaker Karan Johar has entered the fashion world with a new jewellery line.

Bollywood filmmaker Karan Johar has recently launched his own line of jewellery.

Johar is collaborating with Tyaani Jewellery to release his own jewellery collection that he believes channels his creativity.

Karan Johar announced his new venture on Instagram with a new promotional video.

“Attracted to shiny objects since forever, and now I have Tyaani!”

“Welcome our partner-in-shine! Eager to launch collections with you soon! #TyaaniByKaranJohar.”

One user said: “I did not expect this!!! Congratulations!! How cool.”

Another said: “Best wishes for your new venture.”

“@karanjohar all love and wishes to you Karan. May this new venture of yours reach the highest of success.”

However, not all the comments were positive, with one user saying:

“None of them are pretty.”

Another user also said that, as a filmmaker, actor and TV show host, Johar is spreading himself too thin.

“You should rethink when you say ‘best experience’ you are associated with way too many outputs at once.”

“Choose your words. I as an audience can’t get you.”

Other users were also less focused on Karan Johar’s new jewellery line, and more interested in the happenings of Bigg Boss OTT, which Johar currently hosts.

One user said: “We want Pratik to know that Akshara was a better connection for him.”

Another wrote: “Neha is most hated contestant every why you are praising her… I’m missing Salman Khan.”

Although fans think that Karan Johar’s jewellery venture is a random one, Johar believes that it is a “natural extension” of his creativity. 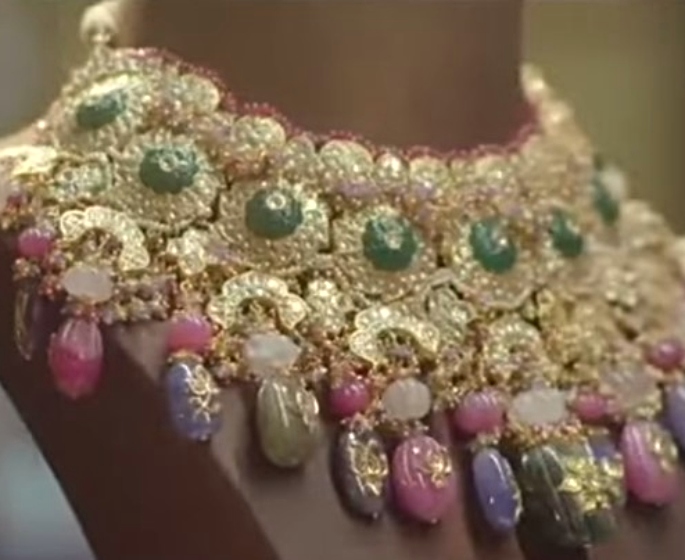 “As a filmmaker, and someone with creative vision, I naturally gravitate towards things that are aesthetically beautiful and seeped in our tradition.

“Moreover, in my line of work, I also have the advantage of interacting with many different people and I get a strong sense of the pulse of people, whether it is the movie-going audience, or fashion-forward men and women worldwide.”

Speaking of the designs for his line, Karan Johar clearly wants his jewellery to be as high quality as his films.

He said: “Each piece at Tyaani is handcrafted in 22kt gold and studded with natural polki diamonds that have been certified by our in-house jewellery laboratory, where the quality is kept in check with stringent checks through the process.

“Additionally, seeing that clients today demand comfort as much as design, we developed and perfected a cutting edge ‘proprietary manufacturing technique’ that controls the weight of the elements used, in order to make the piece more wearable, without compromising on its value.”