The ‘perfectionist’ Bollywood actor Aamir Khan is seen in a muscular avatar for the younger version of his character in new film, Dangal (2016).

He has lost all the excess flab in less than a month’s time!

Post his brawny outlook in action ventures like Ghajini (2008) and Dhoom 3 (2013), Aamir Khan never shies away from donning various looks which are appropriate to his character.

Well, all you Aamir fans are in for a treat again! The ‘perfectionist’ actor can be seen in a sexy muscular avatar for the young version of his wrestler character, Mahavir Singh Phogat, in Dangal.

Aamir shares a still of this new look on Twitter, inviting instant reaction from fans who praise his ripped body as ‘incredible’ and ‘unreal’.

In preparation for the role, Aamir has undergone an intensive workout programme in the US to shed weight, after gaining several kilos for his look as the aged Mahavir. 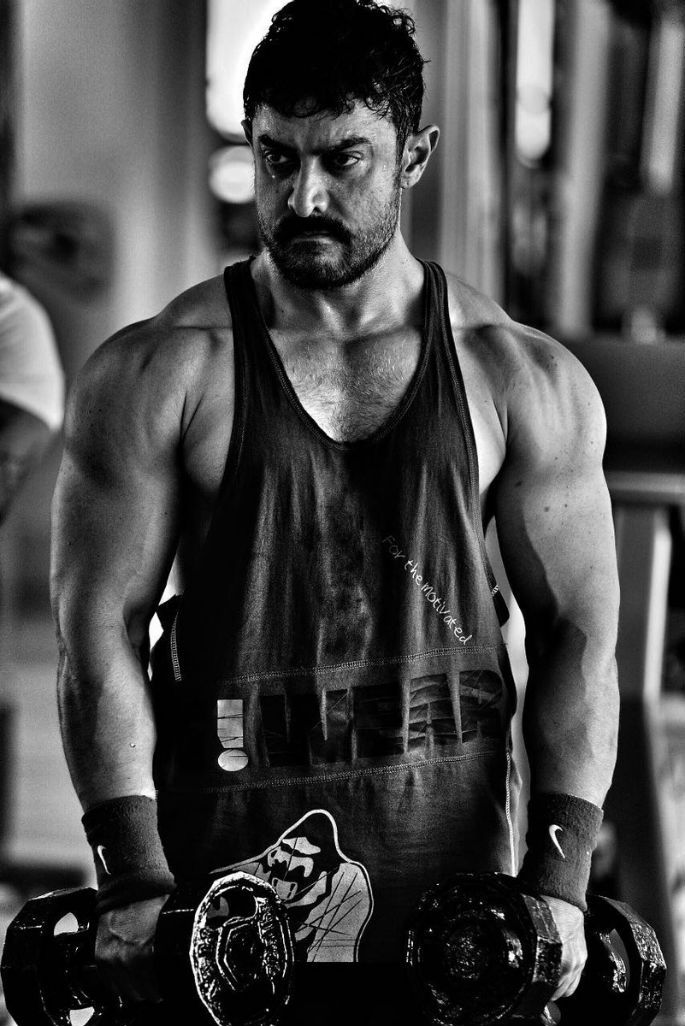 An archetypal day would begin at 6am and Aamir would do various activities such as, eight miles of walking, cycling and swimming, throughout the day.

Following the exercise regimes, he would follow a diet which has been specially developed for him.

It is also believed that Aamir has taken three months to put on weight for the character.

Currently, he has lost all the excess flab in less than a month’s time. It will certainly be fascinating to see Aamir in this hot ‘n’ young avatar!

Dangal is a biopic on Mahavir Singh Bhogal, an award-winning wrestler and how he inspires his daughters Babita Kumari (played by Sanya Malhotra) and Geeta Phogat (played by Fatima Sana Shaikh) to take on wrestling – despite helming from a traditional Haryanvi Jat community.

The female lead is the popular soap actress Sakshi Tanwar. This is the first time she has been cast opposite Aamir.

CityLights-fame Rajkummar Rao has also been approached for a supporting role, while Vivan Bhatena essays a negative character in the film. 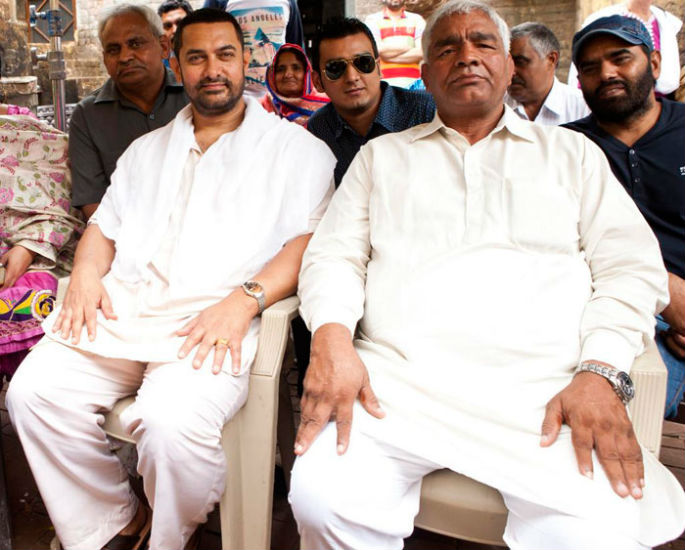 There have been conjectures that the release of Dangal would be postponed till 2017, as Aamir is worried that the early release of Salman Khan’s Sultan may overshadow the film.

However, a source from the team has confirmed: “Dangal is definitely releasing this Christmas. There are no plans to shift its release.”