YouTuber Gaurav Taneja opened up on his arrest two weeks after he was detained for organising a birthday party at Noida’s metro station.

“It was extremely traumatic."

Two weeks after his arrest, YouTuber Gaurav Taneja has now opened up on the incident.

He was arrested for organising his birthday party at Sector 51 Metro station of the Aqua Line in Noida, Uttar Pradesh.

Now coming to terms with the arrest, Gaurav said:

“Doesn’t matter what the offence is. Once you are arrested, the society thinks you have done something so horrible and say things like, ‘Look he was arrested by the police’.”

Recalling the incident, the YouTuber, who has over seven million subscribers, explained:

“It was extremely traumatic. The party was a surprise kept for me by my wife. So, I had no clue, and there was no information.

“I kept asking the police to let me make a call, or let me find out what was going on. I was being told to wait since ‘sir has gone round’.”

Gaurav Taneja was later released on bail. Looking back, he sees the funny side of it:

“You know my parents were the most worried about it.

“Firstly, we weren’t able to make contact and then they aren’t here.

“So it was very confusing for them. But I spoke to my father and calmed him down.

“You know I am the first in the family to ever get arrested. My grandfather or my father have never been arrested or even detained by the police.

“So I joked, ‘I have illuminated the name of the rebuttal, arrested.”

After his arrest, Gaurav uploaded a YouTube video, explaining the reasons behind his arrest.

He also accused the police of unnecessarily leaking his pictures online.

“When I was taken to the station, I was asked by five different people why I broke the law.

“And I was clueless, I had no information. I tried to tell them to let me call my wife, or my team, who had planned this surprise for me.

“Police told me the pictures are for the process, and I agreed to comply.

“But after they took the profile, they took me outside where they clicked photos with me and three officers.”

“That I felt is for their social media platforms, so I felt that these pictures might get misused, because you never know if, someone would use the same photo 10 years down the line, with a different caption to malign someone’s image.

Gaurav believes there is a lesson to be learnt from his arrest.

“The learning from this entire incident is to be calm and cool in such situations.

“There is always a way out, if one doesn’t lose their composure or patience. After this incident, one thing I know for sure is that I have become a stronger person, mentally.” 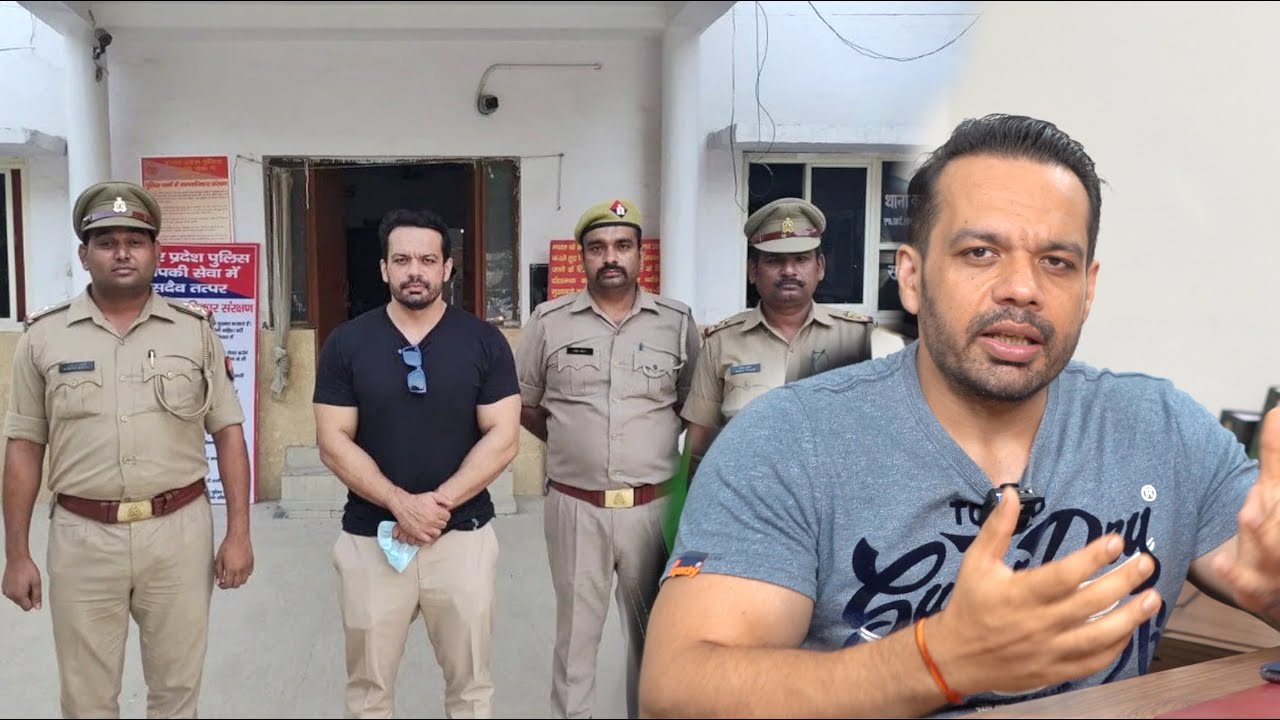 Dhiren is a journalism graduate with a passion for gaming, watching films and sports. He also enjoys cooking from time to time. His motto is to “Live life one day at a time.”
Lord Aleem takes Schoolboy home in £2.5m Bugatti
Zaid Ali T suffers Head Injury in ’Terrible’ Accident