Sara Ali Khan to debut in Student of the Year 2?

Sara Ali Khan, the daughter of Saif Ali Khan, is rumoured to make her film debut in the sequel to Karan Johar’s Student of the Year. We have the full scoop!

“She is all set to make her debut in Karan Johar’s film.”

It is believed that Saif Ali Khan and Amrita Singh’s daughter, Sara Ali Khan, could be making her Bollywood debut in Student Of The Year 2.

This is what our source has heard from Sara’s grandmother and veteran actress, Sharmila Tagore:

“She (Sara) is all set to make her debut in Karan Johar’s film.

“I am not sure what it is, but I think Karan Johar is producing the film. So I think she will be great. She is ready.”

“Ever since she was a young girl, she has seen her mother, she’s seen her father and me.

“She’s always been very keen and she will be great.” 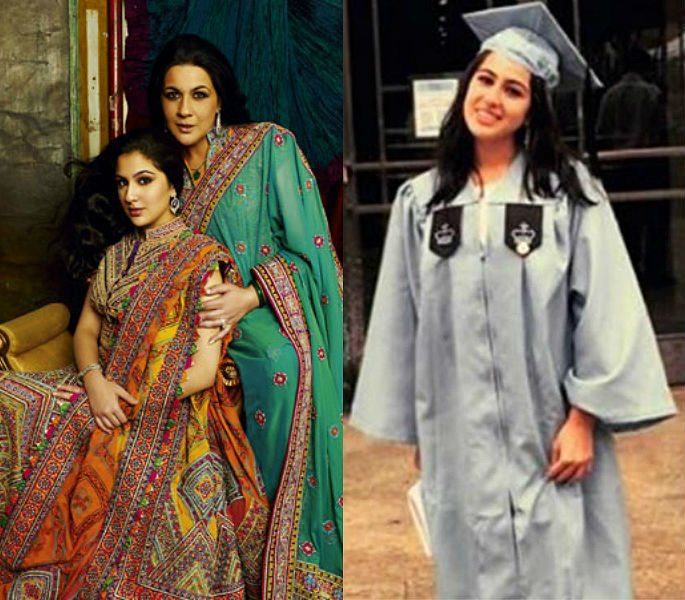 Although it is yet to be confirmed as to whether Sara will be starring in the film, SOTY 2 is expected to feature another leading lady.

Maybe Sridevi’s daughter, Jhanvi Kapoor, could be a top contender for this role?

Whilst there have been ongoing rumours about who will fit into Alia Bhatt’s shoes, Karan Johar has confirmed Tiger Shroff is the lead actor.

Also revealing the logo of the film, KJo tweets:

In response to this news, the original Student Of The Year, Varun Dhawan, tweets:

“#soty2 sound great. Best of luck Punit and @iTIGERSHROFF. Im sure you will graduate with flying colours.”

Student Of The Year’s sequel will be helmed by Punit Malhotra, who previously directed I Hate Luv Storys (2010) and Gori Tere Pyar Mein (2013), under the Dharma Productions’ banner.

It took Rs 63.5 crore within two weeks of opening, launching bright careers for these three then-newcomers.

While the original was a hit and sensational amongst young audiences, one hopes that the sequel will deliver to the high expectations!