Ashutosh Gowariker’s Mohenjo Daro, starring Hrithik Roshan is one of the most highly anticipated films of 2016. DESIblitz reviews this historical drama.

Ashutosh Gowariker is no stranger to directing historical dramas. From his first film Lagaan to Jodhaa Akbar, the director has been praised for his sincerity in filmmaking.

Even for Khelein Hum Jee Jaan Sey, critic Taran Adarsh praised: “Gowariker’s tryst with period films continues. Seems like he has worked himself to the grind in order to attain perfection.”

Sadly, his latest film Mohenjo Daro has been panned. However, a handful of critics have given it the thumbs up.

Now, DESIblitz has their say.

The story is interestingly set in 2016 BC, during the ancient civilisation of the Indus Valley. An Indigo farmer from Amri, Sarman (played by Hrithik Roshan) travels to Mohenjo-daro for trading purposes and is warned that the city is full of greed.

In fact, it is this very greed which drives the senate, Maham (Kabir Bedi) to maintain fear and control of the people. 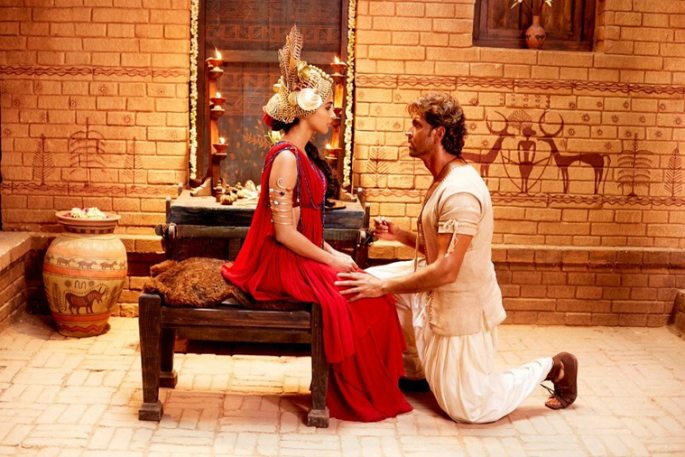 When travelling to the Upper City, Sarman understands the impact of Maham’s cruelty and oppression. Soon enough, incidents snowball into a revolution which could change the lives of citizens, forever.

One must appreciate Gowariker’s vision. It is intriguing to see how the lifestyle of humans were during the civilisation. In a media interview, the director discussed about what inspired him to take on the project:

“There was very little [information] on how they lived, what they ate, how they felt. Whatever information is available on the era is minor and superficial. That lack of information about the period troubled me on a subconscious level.”

Even in the film, one witnesses the simplicity of life during that era. Whether it was measuring the time via water falling through a vessel or even discovering what a horse is.

Plus, it is interesting to see what their culture was like. These are unique experiences for the audience to enjoy. 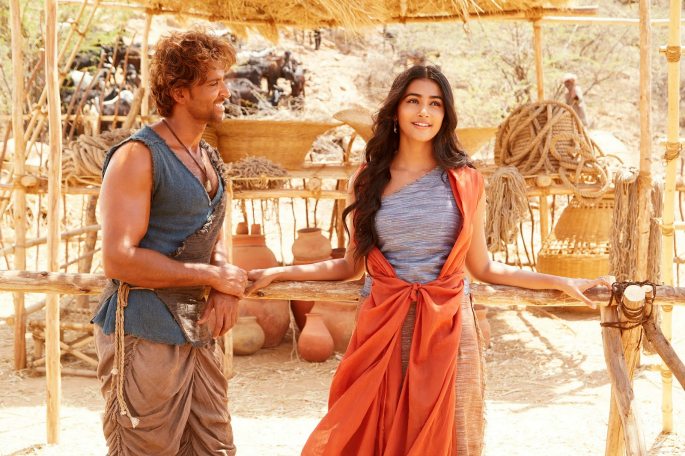 Clearly, Ashutosh Gowariker must have done some thorough research to bring these moments to life on celluloid!

The set is also impressive but does not seem like the recreation of the ancient city. Throughout the film, Mohenjo-daro to a certain extent becomes our world. According to producer Sunita Gowariker, it took six-months to shoot in Bhuj:

“We had to have a grid. We started building the main city, the village square and the arena, and then there is the upper city, where the wealthy used to live.”

What also stands out are the costumes. Whilst Neeta Lulla impressed us with her costumes in Gowariker’s Jodhaa Akbar, it must’ve been quite a challenge to be creative with the designing the outfits for this movie. She explains:

“There was no visual garmentary available in that era, so one had to work with your own creative sensibilities to create the world of Mohenjo Daro.”

Whether it’s Pooja Hegde in a flowery crown and feathered attire or Hrithik Roshan in a cream tribal-like Kameez and brown Patiala bottoms, the costumes are spell-binding.

Mohenjo Daro also marks the fourth time A.R. Rahman composes for an Ashutosh Gowariker film. As expected, the maestro produces some magnificent tracks, encompassing a tribal-like ambience in each one. Whilst the title track and ‘Tu Hai’ are popular, ‘Sarsariya’ stands-out in the album.

One wishes that ‘Sarsariya’ was included in the film, as it would have showcased the fun-side to Hrithik and Pooja’s chemistry in the movie. But then again, by not including the song there was a mysterious element to their relationship.

However, this is not the only downside to the film.

While the concept is fresh, the storyline itself is basic and predictable. It lacks that zest. There are moments where the audience waits for a twist to be thrown at them.

Then again, if Ashutosh Gowariker focused mainly on the historical context, it would’ve seemed like a documentary rather than a film. Even though the story promised a lot and is underwhelming, the film isn’t a complete catastrophe.

Despite the fact that costume and set visuals are appealing, one also has high expectations from the special effects. Sadly, these too are underwhelming, but definitely not the worst CGI we’ve seen in a Hindi film. 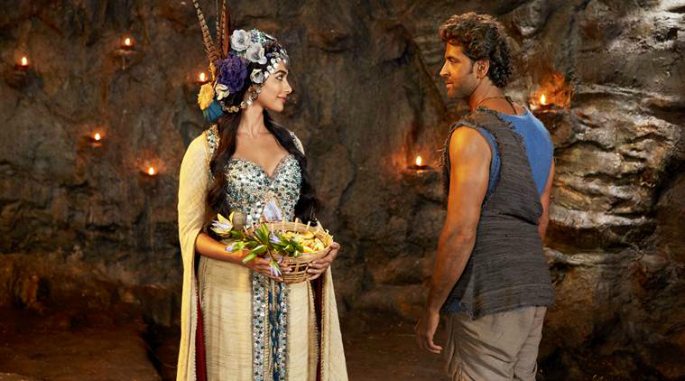 Now moving onto the performances. Hrithik Roshan delivers well as the farmer, Sarman. He delivers another convincing performance of an ordinary citizen fighting against tyranny. No one can deny that Roshan is a great actor.

Pooja Hegde makes her Bollywood debut in this film. She essays ‘The Chosen One’ Chaani, who is the daughter of a religious priest. Initially, one is skeptical of her and Hrithik’s chemistry.

However, there is a likeability to this pairing. As for her performance, Pooja is decent. Although her emotional performance needs some polishing.

Kabir Bedi is ideal for the role of Maham. From his height to deep voice, he has a menacing effect on the audience. Bedi is the Kancha Cheena of Mohenjo Daro!

Arunoday Singh plays Maham’s son Moonja, who is possessive over Chaani. His physique is appropriate for the role and his facial expressions clearly display evil. Over the years, Singh has definitely improved his acting!

Overall, Mohenjo Daro is NOT a complete disaster. Despite some flaws and being 154 minutes long, the audience’s eyes remain glued to the screen. This is because the film offers humour, romance and action. It deserves a watch for Gowariker’s vision.

Anuj is a journalism graduate. His passion is in Film, Television, dancing, acting and presenting. His ambition is to become a movie critic and host his own talk show. His motto is: "Believe you can and you're halfway there."
Riz Ahmed takes on Cyber Security in Jason Bourne
Sara Ali Khan to debut in Student of the Year 2?