Karan Johar’s Student Of The Year

Directed by one of Hindi cinema’s top directors, Karan Johar, Student Of The Year is a romantic comedy set in a collage, and stars newcomers Varun Dhawan, Alia Bhatt and Sidharth Malhotra.

Acclaimed Director, Karan Johar, makes his fifth directorial venture with Student Of The Year. The movie is brought to you by Eros Entertainment, Dharma Productions and Red Chillies Entertainment.

Student of the year stars Varun Dhawan, Aliya Bhatt, Sidharth Malhotra, Ram Kapoor, and Rishi Kapoor. The films is directed by one the finest directors in Hindi cinema, Karan Johar, with whom we last saw direct the blockbuster movie, My Name Is Khan back in 2010, which grossed in over 200 Crores. 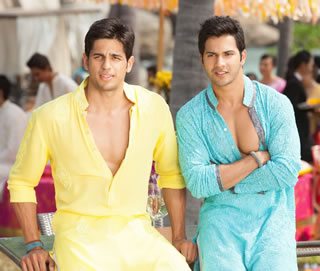 Newcomer Varun Dhawan is the son of director David Dhawan, who is famous for making comedies. Sidharth Malhotra has no family connection in the industry however, he was a model in India. Varun Dhawan and Sidharth Malhotra were both Assistant Directors in the film My Name Is Khan, which was directed by Karan Johar. Alia Bhatt is the daughter of veteran filmmaker Mahesh Bhatt who is most famous for his film Zakhm, Arth, Aashaqi and many more. 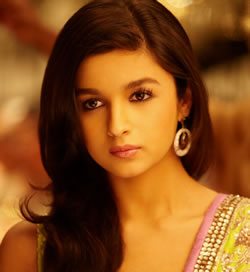 Actress Sana Saeed will be teaming up with Karan Johar in this movie, after she was last seen in a Karan Johar film 14 years ago in Kuch Kuch Hota Hai, playing Anjali, Shahrukh Khan’s daughter in the film.

Veteran Actor Rishi Kapoor portrays the character of homosexual orientation; this would be the first time that a mainstream actor has portrayed a homosexual character in recent times.

Desiblitz met up with Karan Johar, Varun Dhawan, Aliya Bhatt and Siddarth Malhotra to talk about the film, and why and how Karan selected the three new stars for the movie. 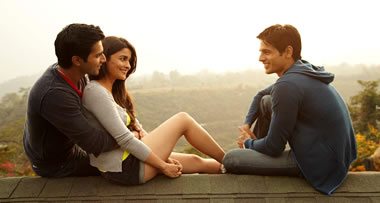 Abhimanyu, comes from a middle class family and wants to achieve new heights of success and prosperity, the first step to that is to win Student Of The Year. Rohan is the son of a business tycoon who tackles a complex relationship with his father and he knows that winning Student Of The Year will get him the approval he desperately seeks for. When their rivalry takes an unexpected turn into friendship, they are put to the test when Shanaya (Aliya Bhatt) the most popular girl on campus comes into the picture. All three characters have their history, but will this affect the winner of Student Of The Year.

In an interview during the promotions in India, the cast were asked if there were any similarities between Student Of The Year and 3 Idiots and Jo Jeeta Wohi Sikander. They answered:

“It’s a great thing for any actor, to be compared to any senior actor, same way the films you have names have been blockbusters, and they are part of our cult films, but there are no similarities.”

Music for the film is by Vishal and Shekar and notably the ‘Disco Song’ is a remix of the legendary 1980’s hit ‘Disco Deewane’ by Nazia Hussain. The song is getting a lot of air play on many radio stations.

As part of the promotions for the film, the cast and director went on KBC with the legendary Amitabh Bachchan, Varun Dhawan said: “I was very excited to sit across him and just watch him.” They also appeared on Big Boss which is hosted by Salman Khan, and had a blast on the sets.

Amitabh Bachchan saw a preview of the film and tweeted “Student of the Year’ .. Glorious ! Karan, a directorial accomplishment .. students, mature, lovable. Such a delight to see young talent, blossoming, blooming, flowering and intoxicating us with their verve and boundless talent . The young ones all so fresh and endearing and accomplished … Varun, David Dhavan’s son exceptional !” 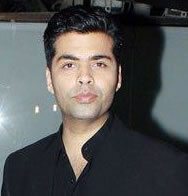 The film released to packed houses, and trade analyst Taran Adarsh gave the film 4/5 and said in his review “On the whole, STUDENT OF THE YEAR is amongst Karan Johar’s most accomplished works. This one’s entertainment, entertainment and entertainment at its best.”

Trade Analyst Komal Natha also praised the film in his review and said: “Fun, frolic, full masti! That’s what the newest hit, SOTY, is. KJo is the Maker Of The Year!”

Student Of The Year is an Eros Entertainment, Dharma Productions and Red Chillies production, and releases on the 19th October 2012 worldwide – a film definitely worth a watch.

What did you think of Student of the Year?

Priyal has a huge passion for Bollywood. He adores attending exclusive Bollywood events, being on the sets of films, presenting, interviewing and writing about films. His motto is “If you think negative then negative things will happen to you but if you think positive then you can overcome anything.”
English Vinglish marks Sridevi return
Bollywood loses legend Yash Chopra