There are few Bollywood directors or producers who are as well known as Yash Chopra. Known as “The Kingmaker”, he leaves behind a litany of classics.

"He was my guru and has been my inspiration. I cannot explain my pain"

Bollywood’s renowned director, Yash Chopra, the legendary “King of Romance” passed away on the 21st October 2012. The mind behind Yash Raj Films and timeless classics such as Silsila died while receiving treatment at the Lilavati hospital in Mumbai. He had been admitted into hospital on the 13th October, but lost his battle with Dengue fever, just under a month after celebrating his 80th birthday on September 27th 2012.

He is survived by his wife Pamela, and his two sons, film-maker Aditya Chopra and producer Uday Chopra. Yash Chopra had announced on his birthday that his upcoming film “Jab Tak Hai Jaan” starring SRK, Anushka Sharma and Katrina Kaif would be his last movie before he retired as a director. Shooting for the film had nearly finished, with only one song left to film. The esteemed director was due to travel to Switzerland when he was struck down by the illness. 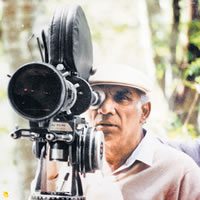 Yash Chopra was born on the 27th September, 1932 in Lahore during the British regime. He was the youngest of eight children, with nearly a 30 year gap between him and his eldest sibling. He spent the majority of his childhood in the Lahore-based home of his brother B.R Chopra, who was a film journalist for the Cine Herald at the time.

In 1945, Chopra travelled to Jullunder (Jalandhar) to continue his education before moving once more to Ludhiana, Punjab after the partition. He had once thought of becoming an engineer but he had cultivated a passion for film-making that was too strong to ignore, prompting him to settle in Bombay to begin work as an assistant director to I.S Johar and then, B.R Chopra, who had become a successful director-producer himself.

He worked as an assistant director for only three films before he made his directorial debut in 1959. With B.R Chopra acting as a producer, Dhool Ka Phool was a hard-hitting drama revolving around bringing up an illegitimate child born out of wedlock. Two years later, Yash Chopra released Dharmputra, which was equally as thought-provoking. Both films met with success, and his second film won Best Feature Film in Hindi at the 9th National Film Awards ceremony. 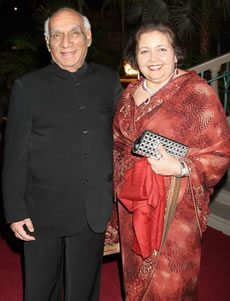 It seemed only natural for the brothers to continue working together after the positive reception to both films, and together they set a new standard in 1965 with the release of Waqt. It also kick-started a trend in Bollywood films that have remained to this day; the notion of having more than just two stars in each film. Waqt had no less than five stars, including Sunil Dutt, Raaj Kumar, Sadhana, Sharmila Tagore and Balraj Sahni.

In 1970, Yash Chopra married Pamela Singh, and a year later became the proud father of Aditya. In 1973, the couple were blessed once more with the birth of second son Uday. 1976 saw a very different sort of birth; the launch of Yash Raj Films (YRF).

The creation of this company dramatically changed the landscape of Bollywood films; there are now 7 subsidiaries under the banner, including Y-Films (a project championing fresh talent), YRF Merchandise and Yash Raj Studio amongst others.

The beginnings of YRF saw the end of the Chopra brothers’ collaborative efforts. It also saw the beginning of Amitabh Bachchan’s rise to popularity as the iconic “Angry Young Man” of the 70s when Yash Chopra started to work closely with him on cult classics which have grown into huge hits today, such as Dewaar and Trishul.

Amitabh Bachchan was not the only one to benefit from Yash Chopra’s expert touch. Similar to Amitabh Bachchan, Shah Rukh Khan also became emblematic of a character type, but instead of becoming a symbol of a dark and troubled persona, Shah Rukh Khan became the epitome of the 90s romantic hero, complete with cheeky smile and clear emotion.

Dil To Pagal Hai and Veer Zara which Chopra produced and directed respectively helped shape Shahrukh Khan into the romantic maestro that audiences the world over know and love today. It also earned Yash Chopra the nic-name of “The Kingmaker.”

But it also seemed to be an age of discovery for Yash Chopra himself; whereas he had focused on exploring the nitty gritty and portraying social dramas as in his earlier work, the films he produced and directed, or were released under the YRJ banner were almost solely revolving around love and the many delights and sorrows that comes with romance.

And so Bollywood fans fell in love with his particular brand of film; and each delivered a consistent quality the likes of which have not been witnessed many times before. It seems only right that he has achieved so many accolades within the five decades of his career.

Having worked on over 50 films, Yash Chopra`s list of awards and achievements are almost as long as his filmography. He has won 6 National Film Awards both for his work as a producer and director, as well as 11 Filmfare awards, a Dadasaheb Phalke Award in 2001 (the highest honour given in Indian film) and the Padma Bhushan (the third highest civilian award in India). 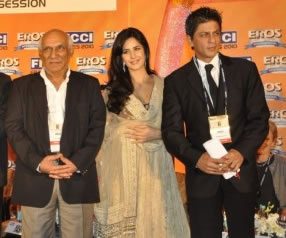 Yash ji was chosen by the British Film Institute to feature in a book in the “World Directors” series and won the BBC Asian Awards twice. He was also given a lifetime membership from BAFTA for his contribution to film, making him the first ever Indian to receive the honour in the academy’s 59 years.

Bollywood figure-heads and fans alike reacted with shock as the sad news broke. There has been a constant stream of tributes and condolences on social media sites such as Facebook, Twitter and Youtube, with many such as Javed Akhtar and AR Rehman crediting him for their own personal journeys within the industry.

“He had an aesthetic talent to make his films look larger than life. His flourish to essay romance and social drama was unmatched. He established the popularity of Indian cinema internationally and was honoured by many governments…He will be remembered by millions of his fans around the world and his work as a director and producer will be treasured by the nation for many more generations,” he said.

Fellow director Subaish Ghai said “He was my guru and has been my inspiration. I cannot explain my pain.”

Raveena Tandon perhaps summed up the feelings of the fans the best, saying:

“I am sickeningly shocked. It is a big loss for everyone. The romance has gone out of the industry.”

Playwright and lyricist Javed Akhtar said, “It was thanks to him that I became a lyricist.” 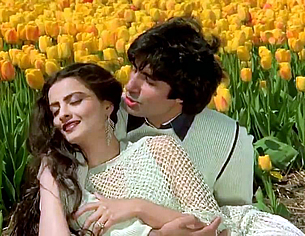 “I liked all his work,” said India’s finest singer Lata Mangeshkar, who featured prominently in all of Yash Chopra’s films. “I sent him flowers on his birthday. I cannot ever forget his love. He was a great person. Music was the soul of his films. He used to give a lot of importance to music.”

“I’m in shock and numb, can’t believe the news, the man who immortalised love, Mr Yash Chopra is no more. May his soul rest in peace. My deepest condolences to the family,” tweeted actor Akshay Kumar.

Amitabh Bachchan tweeted “They have all gone one by one…no one of substance left to recreate those days when he started…energy, verve, passion…IWHD (it was his domain)”

Bollywood has suffered a devastating blow with the loss of Yash Chopra. Redefining the term “Bollywood Romance,” and spinning tales that were truly inspirational, Yash Chopra has left the world with timeless tales of the heart, ensuring that he will never be forgotten.

Simi has a thirst for anything to do with classical music, arts and literature. She can't function without playing the piano at least once a day. Her favourite quote is "Enthusiasm is excitement, with inspiration, motivation and a pinch of creativity."
Karan Johar’s Student Of The Year
Saif and Kareena are now ‘Saifeena’