DESIblitz takes a look at 6 recent successful Bollywood actors and actresses who began their movie careers with Yash Raj Films. Find out who made it to our list here!

“It’s a mixture of talent, opportunity and luck.”

A Yash Raj Films (YRF) launch is the dream of every Indian actor, actress and filmmaker.

As such, this talent discovery trend has been ongoing at YRF.

Not many people know, but apparently, it was the late Yash Chopra who convinced Javed Akhtar to become a lyricist with Silsila (1981) after collaborating with the acclaimed scriptwriter, Salim Khan.

Prevalent names like Amitabh Bachchan and Shahrukh Khan even reached superstardom after they appeared in numerous Yash Chopra films.

Top actresses such as Sridevi, Kajol, Preity Zinta and Rani Mukherji have also proved their mettle with YRF.

Even directors like Ramesh Talwar, Maneesh Sharma and Habib Faisal (to name a few) have emerged from the YRF talent pool.

Recently, there has been a new wave of Bollywood actors and actresses who have left a notable mark on the film industry with their acting calibre.

“We went into top gear with Anushka Sharma in Rab Ne Bana Di Jodi and Ranveer Singh with Band Baaja Baaraat and since then we have introduced a number of new faces in front of the camera including Arjun Kapoor, Parineeti Chopra.”

In an ode to some of these fresh faces, DESIblitz reflects on the popular and recent talent discoveries by Yash Raj Films! 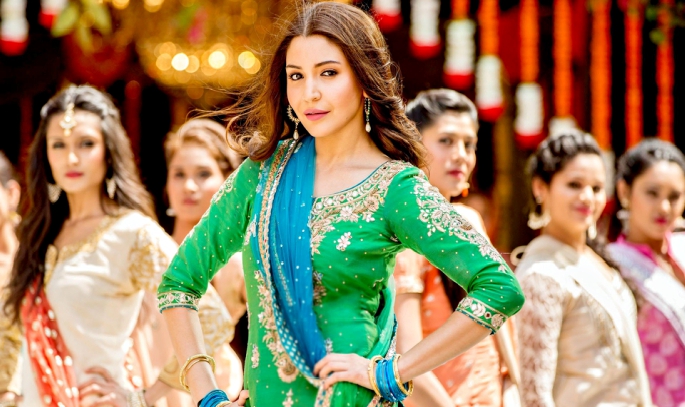 Post completing a few fashion assignments, Anushka Sharma got a call for a film audition, but despite being quite disinterested, her modelling agency encouraged her to go for it.

The second time she was summoned, Aditya Chopra revealed that Anushka would play the main female lead of his directorial – Rab Ne Bana Di Jodi (RNBDJ) – opposite Shahrukh Khan.

Alongside Katrina Kaif, Anushka Sharma is one of the few contemporary Bollywood actresses who has worked with both Karan Johar and Yash Chopra in their directorial ventures.

Whether it’s essaying a wrestler in Sultan or a journalist in PK, Anushka Sharma portrays each part with dedication and excellence.

But what appeals to her in a role?

“Characters have to be unique, they should be roles that I have not done before. To do a film in which I look good and has lovely songs does not give me professional satisfaction,” Sharma mentions in an interview with The Indian Express.

Furthermore, movies such as Phillauri and NH10, have also proved that Sharma produces films of quality. 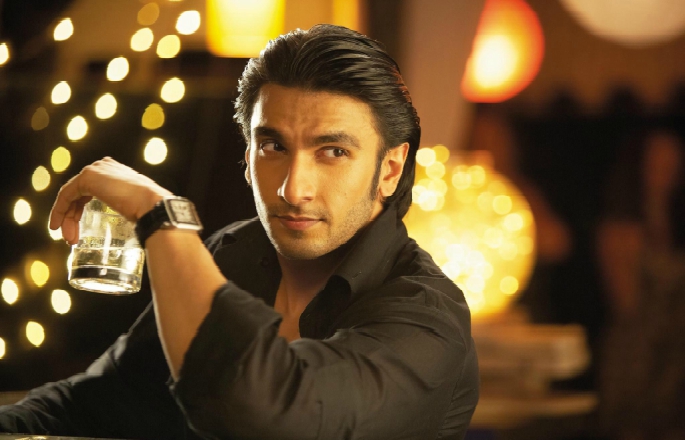 “He [Aditya Chopra] has always been the mentor, I’ve always been the protégé. But the actor-director relationship is much more substantial,” Ranveer Singh tells DESIblitz.

“Ranveer Singh makes a confident debut. He acts with flourish and has an endearing quality about him although he doesn’t have the traditional handsome looks of a hero.”

After Band Baaja, Singh appeared in a series of average/underwhelming films like Ladies Vs Ricky Bahl and Lootera.

However, his association with Sanjay Leela Bhansali has proven to be a game-changing move for his career.

From portraying the boisterous Ram in Goliyon Ki Raasleela Ram-Leela to the Maratha emperor in Bajirao Mastani, Ranveer has come leaps and bounds as an actor.

Seeing that Singh’s career has so far been rewarding, one sincerely hopes that the Padmaavat actor delivers more excellent performances. 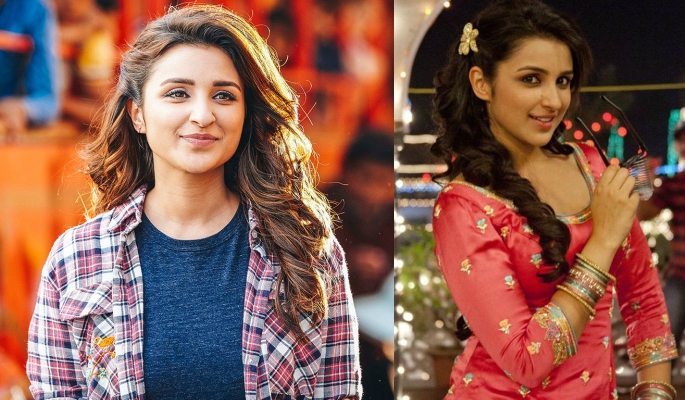 Parineeti Chopra, who is also the cousin of Priyanka Chopra, began her career as a public relations consultant at Yash Raj Films (YRF).

Maneesh Sharma and Aditya Chopra saw Chopra regularly in the office and thought she would be perfect for the role of ‘Dimple Chadha’ in Ladies Vs Ricky Bahl.

Describing her transition from PR to Bollywood, the 29-year-old actress explains to DESIblitz:

“I’m really lucky but hard work really starts after your first film. I’m very happy that the audiences have accepted me, they are the most important people for me. It is tough, but it is the audience that keeps you going.”

“It’s a mixture of talent, opportunity and luck.”

After bagging several ‘Best Debut’ awards at ceremonies like Filmfare, she received a National Film Award in the ‘Special Mention’ category for her fiery performance in Ishaqzaade.

Subsequently, she has appeared in diverse roles – be it a con in Daawat E Ishq or a scientist in Hasee Toh Phasee.

Post a three-year hiatus, Chopra also made a mark with her performance as a ghost in her first 100 crores plus film, Golmaal Again. It seems like she is on a roll! 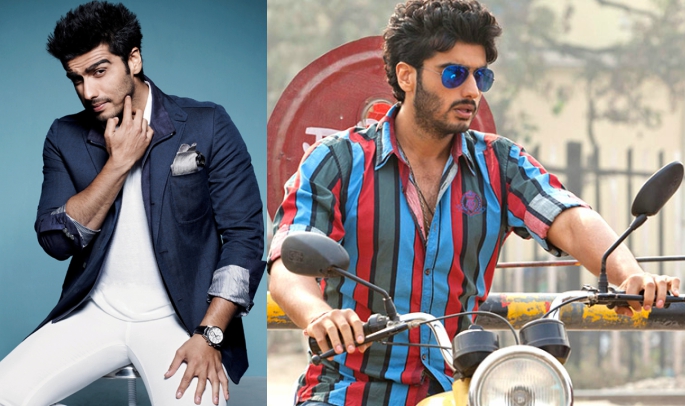 Anil Kapoor’s nephew – Arjun Kapoor – has faced and overcome a lot of ups and downs in his life, be it personal or regarding his initial weight issues.

Arjun started off as an assistant director of films like Kal Ho Naa Ho and Wanted.

It was only after Salman Khan encouraged him to shed an astounding 50kgs, he became an actor.

Initially, Kapoor was supposed to make a debut under ‘Y-Films’ (a subsidiary of YRF) with the venture Virus Diwan.

Unfortunately, this was shelved and instead, he debuted with the romance-thriller, Ishaqzaade.

“He [Kapoor] has a peerless body language and an ‘I-don’t-give-a-damn’ kind of an approach in the movie. He comes across as fiery and rustic and at the same time self-assured and assertive in this reckless and intrepid character.”

However, there have been unsuccessful ventures like Aurangzeb and Tevar.

In fact, after Tevar’s disappointment, it is believed that Kapoor went through a rough patch:

“I feel your failures teach you more than your success. In a profession like ours, how you survive failure defines you… There are a lot of external factors that contribute to success and failures so, you can’t control the fate always but your excitement should be consistent,” Arjun said.

Thus, one is sure that this ‘Most Wanted Munda’ has a lot more to offer. 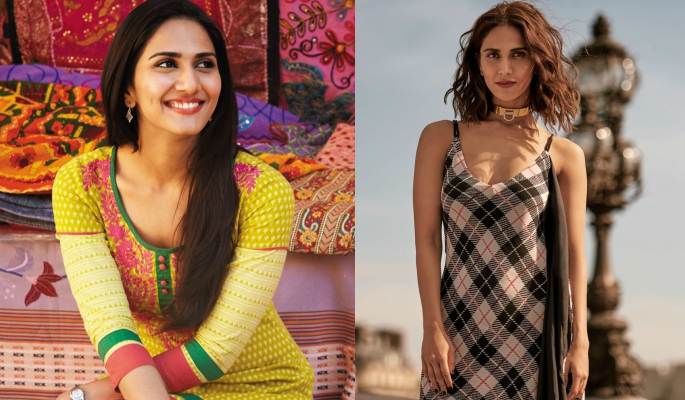 Be it her looks, athlete physique or modest persona, there really is no one like Vaani Kapoor.

Her character can be summarised as a girl-next-door, with a modern twist.

Remember that scene where she pulls out a cigarette after Sushant Singh abandons her at the wedding alter?

Many critics felt that Kapoor has a strong screen presence in the film. Times of India, in particular, notes:

“Newbie Vaani is impressive, pretty and commands a good screen-presence.”

After a two-year-gap, she essayed the role of Shayra Gill – a (literally) carefree a French tourist guide of Indian descent in Aditya Chopra’s directorial, Befikre.

Despite the movie being quite mediocre overall, many critics like Piyasree Dasgupta of Huffington Post somewhat appreciates Vaani:

“Vaani Kapoor moves like a hurricane to music… Kapoor and [Ranveer] Singh dance, and that’s one thing about the film that’s bloody good — the spectacle of them dancing.” 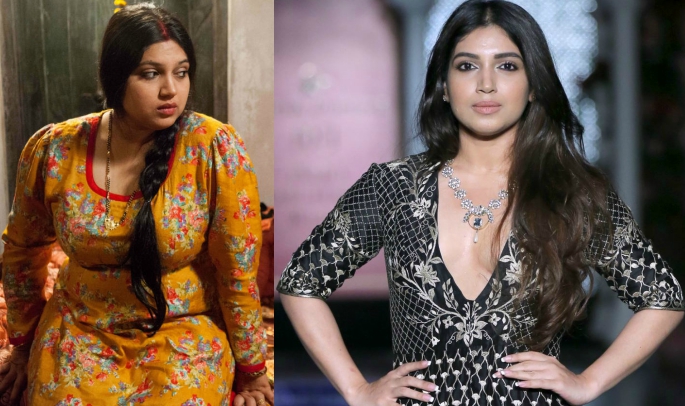 Similar to Parineeti Chopra, Bhumi Pednekar was also working at YRF (then aged 18) before she was signed up for Dum Laga Ke Haisha (DLKH).

Comparatively to Parineeti, though, Pednekar was an assistant casting director to Shanoo Sharma.

Fulfilling her job, she was auditioning aspirants for the DLKH role of Sandhya Verma when the Yash Raj Films bosses chose her to play the role.

Her role was that of an overweight housewife who endeavours to earn her husband’s affection.

The character required her to put on weight and to display an array of emotions.

Whilst Bhumi’s performance was first-rate, the process was equally challenging. Discussing the journey from flab to fab with DESIblitz, the 28-year-old actress states:

“It was difficult, but gaining the weight was equally tough. Through that process, I learnt that my will-power is very strong and I just want to thank everybody for showering so much love.”

After a two-year hiatus, Pednekar gave her first 100-crore hit with Toilet: Ek Prem Katha with Akshay Kumar – a film based on open defecation in India.

Subsequently, she reunited with her DLKH co-star for Shubh Mangal Savdhan, a comedy based on erectile dysfunction.

The movies which Pednekar has appeared in are quite socially relevant – including portraying a character that is ridiculed for her weight.

In fact, Bhumi Pednekar’s movie trend reminds us of Rani Mukherji and how she undertook films which are appropriate to society. Remember Raja Ki Aayegi Baraat and Mardaani?

On the whole, it is wonderful to see that Yash Raj Films continues to be a great Launchpad for dexterous individuals.

“This endeavour is set to continue as YRF is perhaps the only truly vertically integrated studio in the true sense of the word, controlling pretty much every part of the value chain.”

As such, Panesar feels optimistic about the future of India’s esteemed production and Distribution Company.

But when we talk about talent, we must also acknowledge that Yash Raj Films have also tackled a number of socially charged issues.

From spy thrillers, scam artists to child trafficking, many key topics have been presented in a way that both educates and entertains the viewers.

One hopes that YRF continues to amaze and impress us with their excellent work!

Anuj is a journalism graduate. His passion is in Film, Television, dancing, acting and presenting. His ambition is to become a movie critic and host his own talk show. His motto is: "Believe you can and you're halfway there."
Canadian PM Justin Trudeau meets Bollywood Royalty in India
Priya Prakash Varrier has More Followers than Mark Zuckerberg!