After receiving a positive reception for her performance in Phillauri, DESIblitz explores 5 remarkable performances by Anushka Sharma!!

She is the 'Naughty Billo' with immense 'Jazba' for acting.

Bound by tragic circumstances, she is married to an ordinary-looking man, played by Shahrukh Khan. From humour to sadness, she exhibited various emotions and successfully proved that she is a tremendous actress.

Throughout her career, she has portrayed several diverse roles. Whether it is playing the suave con-artist in Badmaash Company or the amiable journalist in films like Jab Tak Hai Jaan and PK. Anushka has continuously impressed the audience.

Even in films like Patiala House (2011) and Bombay Velvet (2015), which although didn’t create the same magic at the box-office, but, Sharma’s performance has been greatly appreciated.

Her latest film, Phillauri (2017), is quite vibrant. After NH10 (2015), this has also been produced by Sharma and her brother Karnesh under ‘Clean Slate Films.’ It depicts parallel storytelling, which isn’t easy to do. Yet, the film has left several critics spellbound. 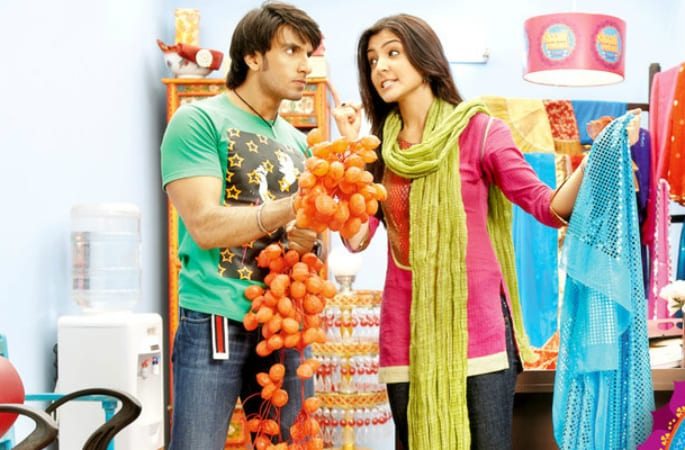 As such, she even won the 2011 IIFA Awards for ‘Hot Pair’ alongside Ranveer Singh. “As the Janakpuri dhin-chak girl, (that’s what she calls herself) she’s lively and watchable,” Times Of India reviews.

“Aaj Friend Bol Raha Hai, Kal ‘I love you’ bol dega,” Sharma tells Singh in this Maneesh Sharma directorial. This is precisely the situation which arises in Band Baaja Baaraat. Anushka plays the role of a wedding planner, who falls in love with her business partner, Bittoo Sharma, played by Ranveer Singh.

This was the first time Ranveer and Anushka were paired opposite each other and their chemistry was dynamite. Considering that this film released during their infancy days, both became extremely loved by the audience and even went on to work together in two more films, Ladies Vs Ricky Bahl and Dil Dhadakne Do. 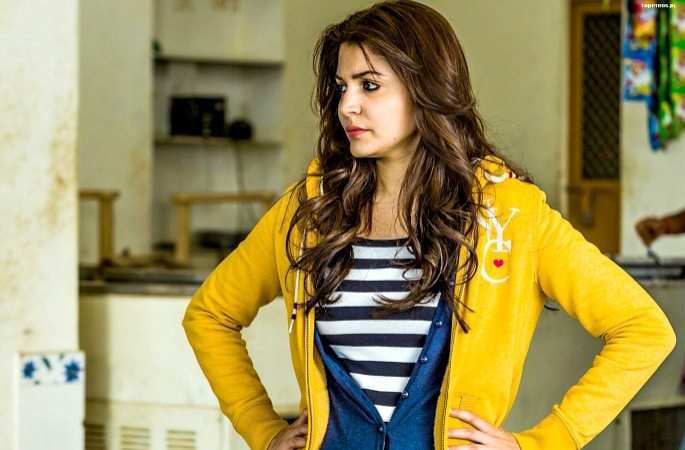 NH10 is a remarkable road film.

It narrates the story of a couple, Neil Bhoopalam and Anushka Sharma, who are on the run after they witness a murder.

Bollywood has showcased numerous road movies. But, NH10 embeds numerous social issues and themes like honour killing and women empowerment. Moreover, the milieu of a desolate and strange village enhances the enigma of the story.

Anushka Sharma’s performance as Meera is the show-stealer here. In the beginning, she is shown to be shaken-up after street goons smash her car’s window. From being a fearful woman to confronting the killers, Sharma’s acting will give you goosebumps and is undoubtedly thought-provoking. In fact, she was even nominated for ‘Best Actress’ at Filmfare Awards.

Surabhi Redkar of Koimoi notes how:

“Sharma breaks the damsel in distress myth and she says it out loud why we don’t need a hero for a film or why an actress can’t be the hero. She is ferocious and this is her special performance.” 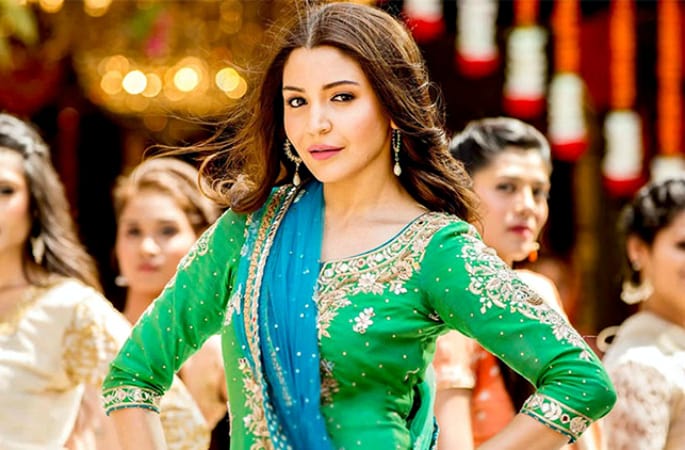 Sultan is the first time Anushka Sharma was paired with the superstar, Salman Khan.

Aarfa (in Sultan) re-defines feistiness. For this Ali Abbas Zafar film, Anushka underwent special training for her role as a wrestler. Plus, her Haryanvi accent is on-point.

Her acting in this film also met with a positive reception. The Hindu notes: “Here is Aarfa, a woman wrestler for a heroine. But for every step forward in breaking the stereotypes, there is the curiously disconcerting comfort of the status quo.”

The most interesting aspect of her character is her career focused dream. She leaves wrestling for her husband, but despite this, she does not give up. Even after losing her child, Aarfa does not lose her fighting spirit! 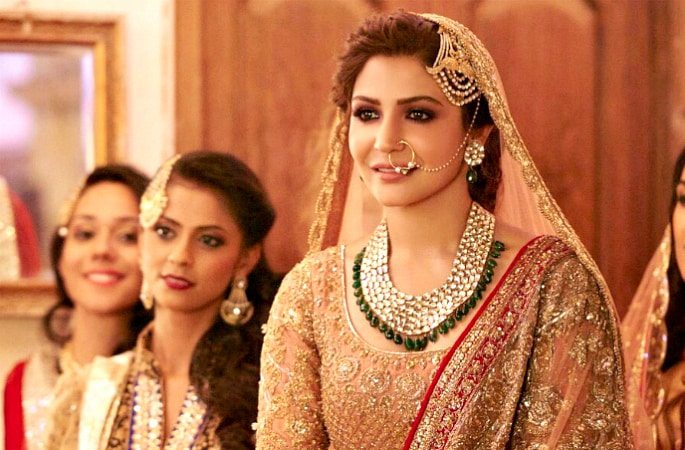 The beauty of Karan Johar’s heroines is reflected in their character transitions.

Whether it’s the sexy Shanaya of Student Of The Year (SOTY) or the stern Naina of Kabhi Alvida Naa Kehna (KANK), all female protagonists exhibit a subtle change in their personality with time. This is also evident in Anushka’s Alizeh character.

“Pyaar Mein Junoon Hai. Dosti Mein Sukoon Hai.” This is the famous dialogue from Karan Johar’s Ae Dil Hai Mushkil. Anushka as Alizeh – is a role which comprises of confidence, charm and chicness. Her character is initially, a carefree and affluent girl. Her best-friend Ayaan, played by Ranbir Kapoor, has a one-sided love for her, whilst Alizeh loves DJ Ali, played by Fawad Khan. It is quite a complex and emotionally challenging role.

Even when it is revealed that Alizeh is terminally ill, her happy-go-lucky nature does not change. Sharma’s performance is brilliant. Her chemistry with Ranbir Kapoor has been praised so much by critics, that even Bollywood Hungama called it ‘superlative.’ 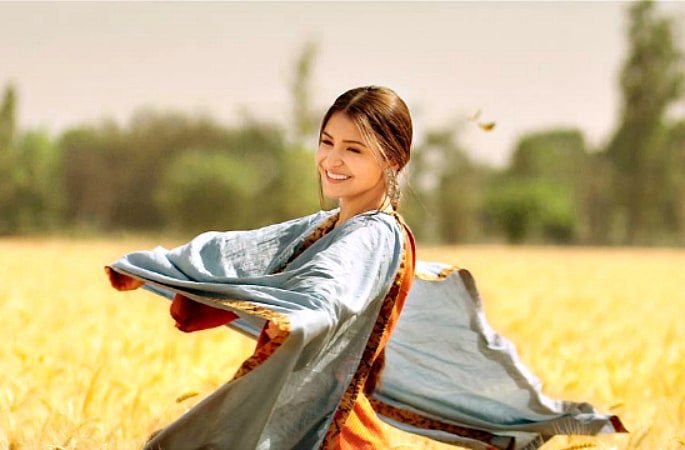 After essaying a wrestler and a terminally ill character, Phillauri marks a different role for Anushka Sharma.

In this comedy drama, Anushka is a friendly apparition – Shashi – who is accidentally married to Kanan Gill, played by Suraj Sharma.

Shashi is a wandering soul since British India, where it is revealed that she is the daughter of a doctor and is in love with Roop Lal, played by Diljit Dosanjh – a local singer. But, things aren’t as simple as that.

Why is this performance dynamic for Anushka? Well, it’s a character which is set in India, pre-Independence. It’s a role which is simple, yet, courageous in many ways. Furthermore, it is intriguing to see how Shashi reacts to modern-day traditions, i.e. The grandmother drinking alcohol.

Sharma has won the hearts of several critics. Filmfare says: “Anushka Sharma’s performance as a loveable and slightly sarcastic ghost is entertaining. The actress handles all shades of her character with aplomb.” You’ll fall in love with Shashi!

Overall, Anushka Sharma is undoubtedly one of the finest actresses in contemporary Bollywood.

With each venture, she proves her mettle by undertaking diverse roles. She is the ‘Naughty Billo’ with immense ‘Jazba‘ for acting.

It is believed that Anushka’s next ventures will be Imtiaz Ali’s Rahnuma, opposite SRK and Rajkumar Hirani’s Dutt biopic. Once again, alongside Ranbir Kapoor. These two ventures promise to be tremendous films and are keenly awaited.

DESIblitz wishes Anushka Sharma all the best for her upcoming projects!

Anuj is a journalism graduate. His passion is in Film, Television, dancing, acting and presenting. His ambition is to become a movie critic and host his own talk show. His motto is: "Believe you can and you're halfway there."
ARY Film Festival to Celebrate the Art of Filmmaking
Winners of the 5th Hum Awards 2017