"I can’t thank the universe enough for giving my mother and me the most beautiful gift ever."

It only feels not so long ago that Karan Johar announced the birth of his beautiful twins, Yash and Roohi. But 7th February 2018 marked their first birthday!

To make the special occasion one to remember, their famous father threw a star-studded party. On the day itself, famous faces arrived at Karan’s residence in Mumbai.

The guest list included the likes of Kareena Kapoor Khan, SRK, Sidharth Malhotra, Alia Bhatt, Deepika Padukone and more! However, instead of a glitzy, lavish event, the director kept things subtle with a small party.

Previously, Karan Johar told DNA: “It’s a small birthday party at home, with just kids their age. I want to keep it simple and intimate this year.”

Whilst at the special event, many of the stars shared images with fans. They also added birthday wishes to Yash and Roohi. Karan led the proceedings, saying on Instagram:

“I can’t thank the universe enough for giving my mother and me the most beautiful gift ever….Happy Birthday Roohi and Yash….you are a blessing to us.” 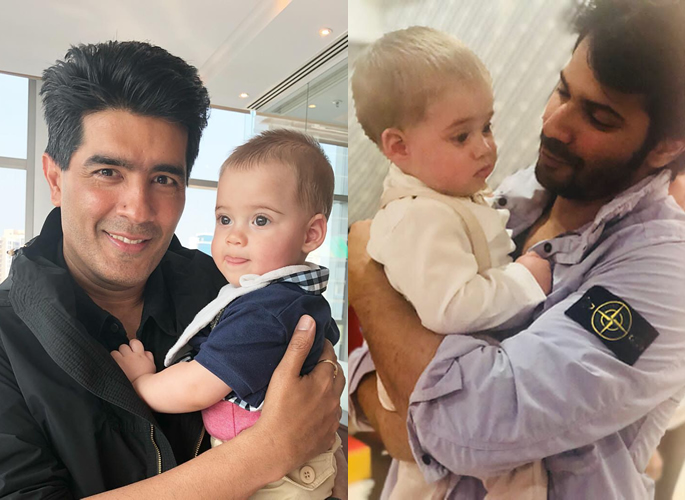 Many of the celebrities posed with the youngsters, holding them in their arms. Manish Malhotra, close friends with Karan, shared a lovely message for the twins’ birthday saying: “Happy birthday my dearest nephew Yash and niece Roohi lots and lots of love.”

Varun Dhawan and Sonakshi Sinha also took photos of themselves with the toddlers. While the Judwaa 2 actor gazed at Yash, who seemed more interested in something else, Sonakshi planted a kiss on the youngster’s forehead.

Another image also shows a group of the famous parents posing with their children. Despite the bad lighting, we can easily spot Karan holding his daughter Roohi while Kareena carries Taimur. The child of ‘Bebo’ and Saif Ali Khan enjoyed a lavish party for his own first birthday, back in December 2017.

Taimur seems to have developed a close friendship with Yash and Roohi. We wonder if they’ll form their own friend squad when they grow up? 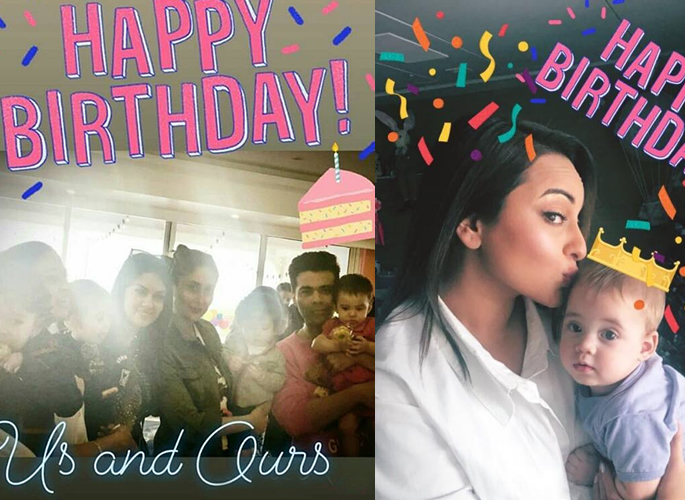 Alia Bhatt shared a wonderful image of the twins playing on their birthday. She captioned it with: “May you live to be a 103! Happy birthday my beautiful siblings.”

As she has a close bond with their father, we’re not surprised the actress sent such heartwarming messages. It seems she’s already struck a great friendship with the toddlers as well! Speaking of friends, Alia also created squad goals with Kareena and Rani Mukerji. 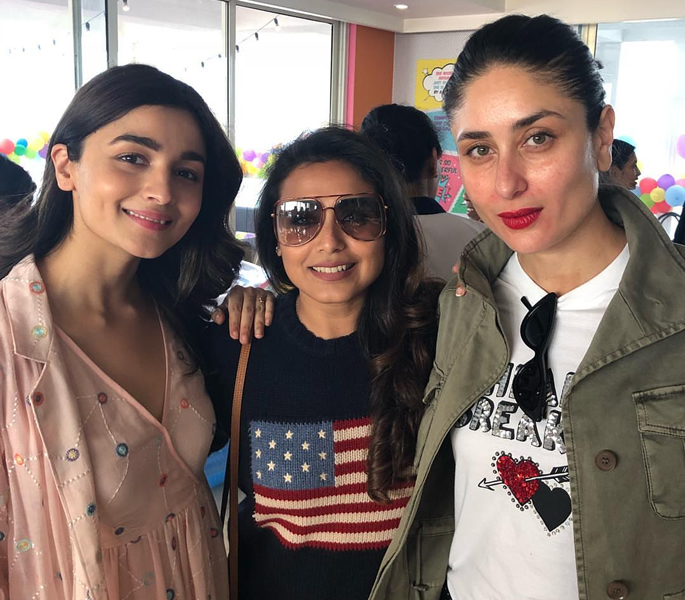 Meanwhile, other stars celebrated the twins’ birthday in a unique fashion – with their clothes! Jumpers with the youngsters’ names written on them, followed with blue and pink hearts, were passed around to the A-listers to wear.

Sidharth Malhotra, who will grace our screens in Aiyaary, posed with Shweta Bachchan and Kajal Anand. All three donned these cute garments and flashed beaming smiles. We wonder if Yash and Roohi also have their own versions of these tops? 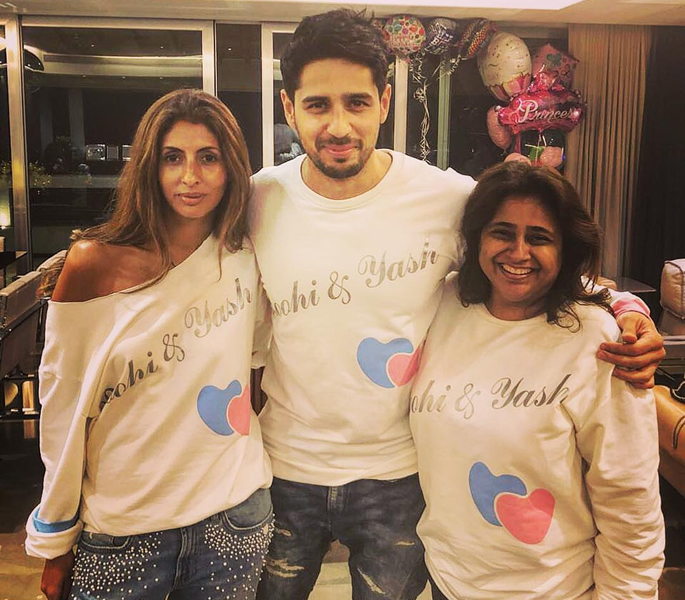 Photographers also waited outside Karan’s residence, eager to capture snaps of the stars entering the party. While all arrived in various cars, many of the stars were spotted along with their children.

Paps snapped the likes of SRK with AbRam, Aishwarya with Aaradhya and Mira with Misha arriving at the party. 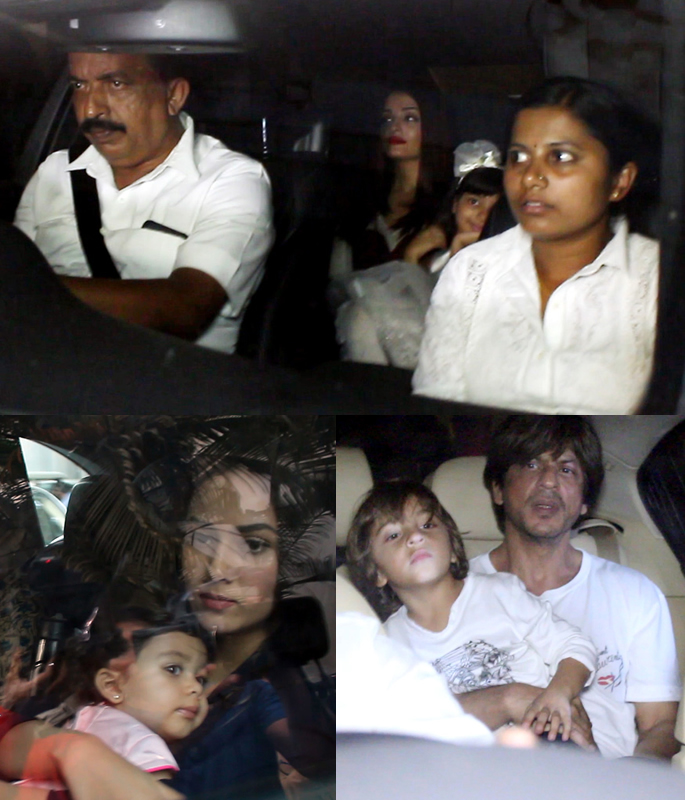 The day also witnessed a special moment, where Yash and Roohi touched the portrait of their late grandfather, Yash Johar. As a way to receive his blessings, it also reminds us of the close bond Karan shared with his father.

Indeed, his son is named after the filmmaker. Prior to the toddlers’ birthday, he shared a photo of his father on Instagram. Showing that the legendary actor was still a part of the special day. 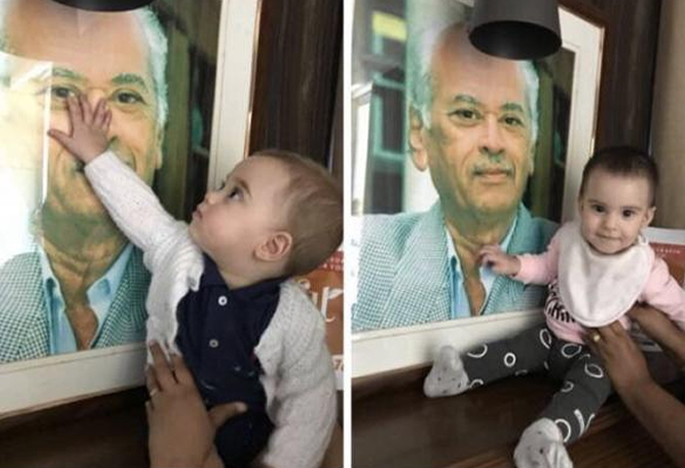 Judging by the various images, it appears the party hailed as a great success. With an array of A-List celebrities and their star kids in attendance, the twins enjoyed a wonderful day of festivities for their first birthday.

With Karan as their doting father, we’re sure they can look forward to another year full of joy, love and happiness.