Manikarnika: Bollywood’s next Controversy after Padmaavat?

Kangana Ranaut’s upcoming Manikarnika: The Queen of Jhansi is the latest historical movie to face claims of historical inaccuracy. Could it become the next Padmaavat in terms of controversy? DESIblitz explores.

"Nobody can even imagine that Maharani Laxmi Bai could have an affair. She died fighting the British at a young age."

Kangana Ranaut is set to grace our screens in the upcoming Manikarnika: The Queen of Jhansi. A historical drama, it will portray the brave story of Rani Laxmibai, a figure of Indian nationalism.

However, it appears the film already faces controversy. A fringe group claims it distorts with facts and shows an inaccurate depiction of the warrior queen.

Despite producers attempting to dispel the rumours, one can easily see comparisons with Padmaavat. Not just with its genre and aesthetic, but also the public reaction from caste groups.

Facing its own criticism from Hindu and Rajput organisations, one could not predict the waves of controversy Sanjay Leela Bhansali’s epic experienced.

From death threats made to Deepika Padukone to a postponed release, the outcry made a lasting impact on Bollywood. Could Manikarnika follow a similar path?

DESIblitz takes a look at the film’s controversy and whether it could become the next shocking controversy since Padmaavat.

On 5th February 2018, the Sarva Brahman Mahasabha (SBM) held a press conference in Jaipur. The group’s president Suresh Mishra revealed they oppose Kangana’s upcoming film and claims it distorts the history of the well-loved queen.

He suggested that the film will depict a love affair between Laxmibai and a British man, as well as showing a romantic scene between the two characters. According to the Hindustan Times, Mishra said:

“We learnt about it from our friends and acquaintances in various parts of Rajasthan where some scenes of the film are being shot. The film is based on a foreigner’s book and tries to dampen the queen’s reputation.”

He also added: “Nobody can even imagine that Maharani Laxmi Bai could have an affair. She died fighting the British at a young age. If a film is to be made on her life, it should be a biopic.”

The president refers to the 2008 book Rani written by Jaishree Mishra. The historical fiction does contain a romantic relationship between the queen and a British officer. 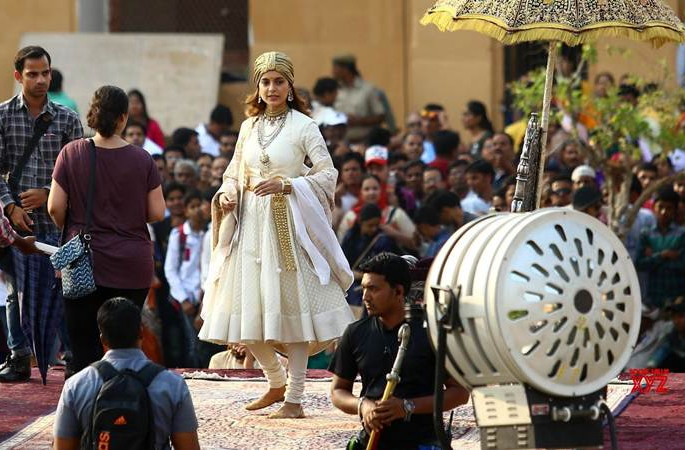 Mishra also said the group had sent letters to Manikarnika‘s producer, inquiring about the movie. They supposedly asked for details on its historian, writers and song details.

He claims SBM have received no response. However, producer Kamal Jain told Bollywood Bubble they weren’t given any such letters. He also said:

“There’s no truth in whatever these people are claiming. There’s no such scene in the film. We have taken the utmost care of the facts and figures in the film. It’s about a real character, it’s a biopic.

“So, we were absolutely clear that we are making the film with full facts and figures, and not distorting the history at all.”

This criticism over an alleged scene is also the driving factor behind Padmaavat‘s controversy. Rumours claimed there would be a dream sequence between Queen Padmavati and Alauddin Khilji, showing them in a romance.

Groups grew furious at this speculation and claimed Bhansali was portraying the historical figure in a “bad light”. Thus ensued the alarming riots and boycotts, despite the director saying there were no such scenes.

However, this did indeed turn out to be rumours. The film showed no dream sequence – yet the controversy still persists. If so much outcry resulted from rumours of a scene or romance, could this give an indication of what Manikarnika can expect?

The two historical dramas have both provoked controversy, yet they also share similarities with a focus on two women revered in India. Figures who are immortalised through history and literature.

As mentioned, Laxmibai’s life is recounted through Jaishree’s novel. In comparison, 16th-century poet Muhammad Malik Jaysi is the first to mention Padmavati in his epic poem ‘Padmavat’.

While Padmavati is praised for her honour and beauty, Laxmibai is celebrated for her valour and bravery. Born to a Maharashtrian Brahim family in 1828, she lost her mother during early childhood.

This meant her father taught horse and elephant riding, as well as using various weapons.

In 1842, she married the Maharaja of Janshi, Raja Gangadhar Rao and became queen. They adopted a son together, yet tragically Rao died when Laxmibai was just aged 18. With the then-British Raj refusing to accept the adopted child as Rao’s heir, they planned to annex Jhansi. 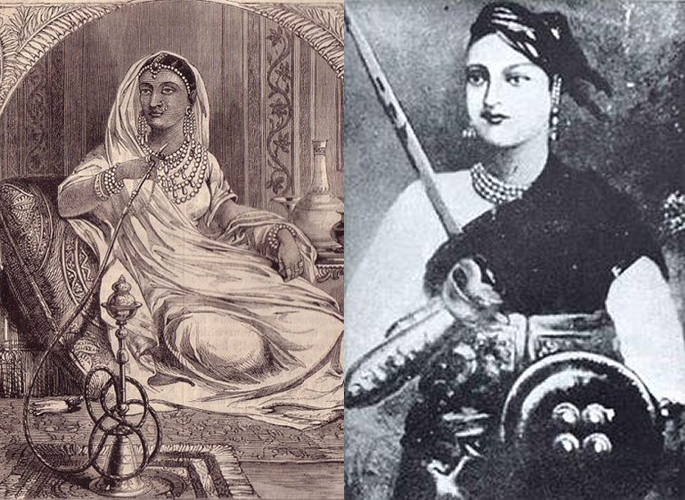 The queen then formed a rebellion of 14,000 warriors, including women, that would defend the city. March 1858 witnessed a two-week, intense battle between the rebels and the British. However, Laxmibai ultimately lost the war and her life.

To this day, she continues to shine as an inspiration for India, particularly those from the Brahim caste.

Whilst Jaishree’s novel does present much of the factual background of the queen, she also blends fiction into it. Such as the romantic affair between Laxmibai and a British officer.  This mix earned the book its own share of controversy upon release in 2008, as Utter Pradesh banned it.

With the claims made by SBM, it does call into question of whether Manikarnika will follow historical accounts or Rani? Kamal Jain stressed it’s based on the former, saying:

“The film doesn’t portray anything objectionable about her. There is no love affair depicted in the film and there is no distortion of history in anyway. It pains me to hear these statements about one of the greatest leaders India has seen.” 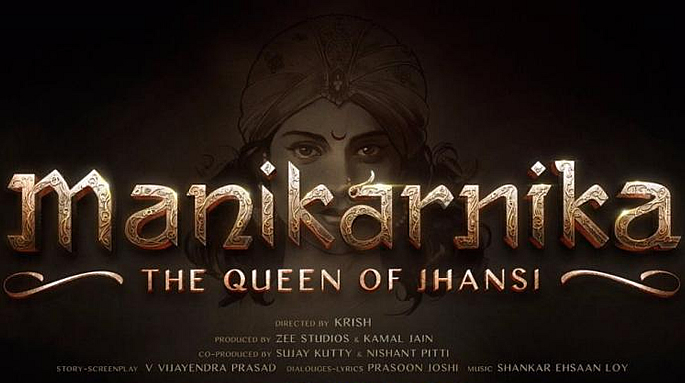 Despite these assurances, the controversy continues. Karni Sena, a group who furiously opposed Padmaavat, has lent their support to SBM. Founder Lokendra Singh Kalvi told reporters: “Rajputs will never keep quiet if Brahmins are affected, and vice versa.”

In addition, Kangana Ranaut also has been accused of “hijacking” the film. Filmmaker Ketan Mehta claimed he spent 10 years researching for his project, entitled ‘Rani of Jhansi: The Warrior Queen’.

He said he shared research material with Kangana, an alleged active member of the project. However, Ketan claims she and Kamal Jain had “hijacked” the project and turned it into Manikarnika, saying:

“My legal notice says how we have worked on the project for two years and how all of a sudden everything happened. We have asked for the film to stop as we plan to go ahead with our project.”

Is it fair then to suggest the film is becoming the new Padmaavat? It’s fairly too early to tell. Currently, there has been no violent action made against the film. Nor have any concerning threats been made against Kangana or director Krish.

With its release date now reportedly scheduled for August 2018, the controversy could grow at a potentially alarming rate. As we’ve seen with Padmaavat, perhaps it would be wise for the producers to expect the upcoming film to receive similar attention.

Until then, it remains a guessing game.

Images courtesy of Britannica and Columbia.edu.