Swara Bhasker reviews Padmaavat and is reduced to a ‘Vagina’

Actress Swara Bhasker’s review of Padmaavat has gone viral as she says she felt reduced to a ‘vagina’ after watching it and claims it glorifies the practice of Sati and Jauhar, prompting a divisive reaction.

"That’s what I felt like at the end of your magnum opus. I felt like a vagina. I felt reduced to a vagina–only."

Padmaavat continues to dominate amongst Bollywood fans and critics, with its release only heightening discussions. However, actress Swara Bhasker has revealed that watching the film left her feeling reduced to a ‘vagina’.

The actress, famous for her roles in Anaarkali of Aarah (2017) and Raanjhanaa (2013), gave her thoughts in an open letter on The Wire, published on 27th January 2018. In the letter, she openly criticises director Sanjay Leela Bhansali and claims he glorifies the controversial practices of Sati and Jauhar in the film.

In addition, she raises points about how women have the right to live and that they are not “walking talking vaginas”. Swara says: “That’s what I felt like at the end of your magnum opus. I felt like a vagina. I felt reduced to a vagina–only.

“I felt like all the ‘minor’ achievements that women and women’s movements have made over the years … all of it was pointless; because we were back to basics.

“We were back to the basic question — of right to life. Your film, it felt, had brought us back to that question from the Dark Ages – do women – widowed, raped, young, old, pregnant, pre-pubescent… do they have the right to live?”

Swara refers to the portrayal of ancient Indian practices Sati and Jauhar. For those unfamiliar with these terms, Sati is when a widow takes her own life after her husband has died, while Jauhar relates to the mass self-immolation of women, in a bid to escape capture by invaders.

While the actress clarifies this took place in Indian history, she claims that Padmaavat glorifies these practices, which “are steeped in deeply patriarchal, misogynist and problematic ideas”. 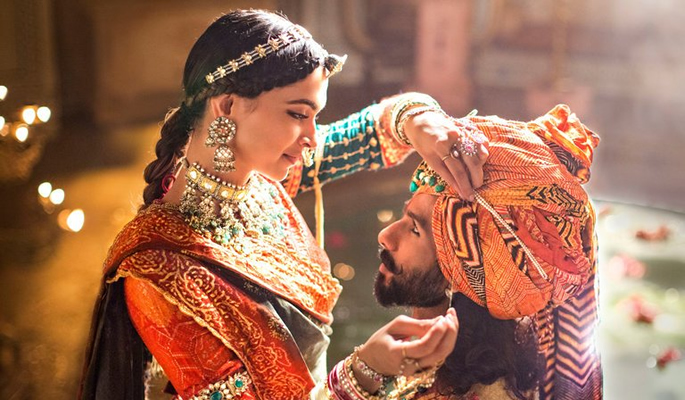 She also acknowledges the film’s setting in the 13th century; yet argues “the context of your film is India in the 21st century”. Bringing in cases such as the Delhi gang rape in 2012, Swara highlights how India, and even Bollywood, still struggles with misogynist attitudes.

Bollywood’s Portrayal and Treatment of Women

One can make the argument of why is it only now that a huge controversy has sparked from this particular issue. Why only Padmaavat? Considering how much hype the film has amassed, perhaps we can now consider Bollywood pre and post-Padmaavat.

But if we go back only a couple of years ago, the industry has many examples where reviewers such as Swara should have felt like a ‘vagina’, let alone act in one. These films appear equally harmful in their portrayal/treatment in female characters, without causing any noise.

Hrithik Roshan’s Kaabil (2017) was hailed by industry folks for the actor’s amazing craft at playing a blind character who avenges his wife’s rapists. However, one of its biggest plotholes was his wife’s character taking her life after being unable to face her husband as a rape victim.

Did anybody raise their voice regarding such an insinuation? Rape is one of the most relevant and difficult problems Indian women grapple with. In a film that is very much set in today’s era, could we not have had a victim supported by her husband through the tough time as a more progressive thing to show? 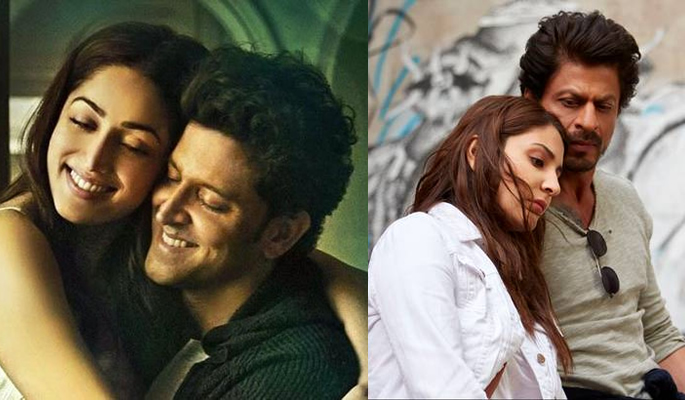 Jab Harry Met Sejal (2017) also arguably contained one of the most ‘screwed up’ characters; least expected from a filmmaker like Imtiaz Ali.

In a time and age where we are trying to pull the curtains off taboos on women, protagonist Sejal is constantly shown seeking validation about her being ‘laayak’ (worthy) as an attractive female, from a man she met on a trip.

One finds it sad to see her crave for his attention and, in one scene, even get happy when he considers her sexier than a stripper. What felt more shocking was regressive ideas like him calling her the equivalent of a beautiful vase that can be only appreciated and not ‘violated’ (sexually) – does he mean other women can be?

Despite her character sharing the responsibilities she holds towards her family in Bulgaria, Devgn’s character stresses on giving him the child and later parting ways. Now that wasn’t a period film, was it?

With Padmaavat, Swara believes it contains moments where these practices were seen as the “honourable choice”. The actress adds these scenes, particularly the climax, “seduced the audience into being awestruck and admiring of this act”.

The star also highlights how in modern times, they are still conducted. With reference to the 1947 Partition of India and Pakistan, she explains that they still contain misconceptions of honour and bravery. She concludes:

“This is among the darkest periods of Indian history and ought to be remembered with shame, horror, sadness, reflection, empathy, nuance; not with thoughtless sensational glorification.”

With these recent films, this only unravels the controversy further in that this doesn’t seem to be a standalone case in Padmaavat. Does Bollywood have an issue in its portrayal of women?

Her open letter has prompted a huge backlash amongst Bollywood fans. Initially, some criticised Swara for using the word ‘vagina’ and not actually made comments on her argument. Swara spoke out on this particular critique, tweeting:

But those who read through Swara’s claims of glorification have divided reactions. Those who disagree point out how Padmaavat‘s disclaimer and point out that it is a historical drama.

They also explain that the women in the film made this decision themselves, rather than men forcing them.

Those were hard times, and hard times call for hard choices. Also, it is clearly shown in the movie that Padmavati did that out of her own volition. #SwaraBhaskar is a product of good times, and she is judging the whole situation from her own POV. #padmaavat

On the other hand, others support Swara’s argument and commended her for speaking out on this particular topic. They agree with her and suggest Padmaavat failed in delivering an appropriate context to a 21st-century audience.

What an incredibly eloquent and brave piece of writing. From one SLB fan to another, I agree with everything you have written, Swara. I wish there are more people like you around us who have the guts to speak up about issues that truly matter today. Thank you @ReallySwara https://t.co/u0CL3UgLFd

Even Bollywood stars have now commented on Swara’s open letter. At the Mirchi Music Awards, actor Ayushmann Khurrana told reporters: “A movie does two jobs: either it gives something to the society or it takes from it. Every director has his or her own perspective.

“The intention of every piece of art is to cause a debate, a discussion, there are critics also who discuss and then the audience also gives its opinion. So, everyone has their own opinion.”

Meanwhile, actress Divya Dutta said: “Everyone has their own viewpoint. Swara kept hers, I respect that. She felt something… That visual [Jauhar scene] is very strong when it comes across.

“But the film is set in another century, whose mindset was different. So, my view point is different.”

Even Shahid Kapoor, who stars as Maharawal Ratan Singh, also gave his thoughts. When asked about the open letter, the actor explained:

“I haven’t read the letter, it is very long and we are all busy. I have no clue what is her issue but I think her issues are with Bhansali sir.

“Given the circumstances, her letter seems quite frivolous. Though, she has expressed her personal views and everyone has the right to voice their opinion.”

Siddarth-Garima, writers of Ram-Leela, has also reacted by creating their own letter to Swara, where they question her stance as a feminist.

It’s important to note that Swara does acknowledge Sanjay’s talent as a director. She also adds: “Every other person in this country has the right to say the story they want to say.”

However, her issue with Padmaavat lies more in its presentation of Sati/Jauhar and how it can relate to modern society. Is it truly portraying these practices in the ‘right’ light or is it inappropriate given the advances we have made?

The controversy surrounding Swara’s letter has opened up intriguing debates on Bollywood’s depiction of women. Despite Padmaavat‘s disclaimer, some have felt a contradiction between its message against Sati/Jauhar and the actual portrayal of them.

Yet, judging from recent films such as Kaabil, this treatment seems nothing new in Hindi films. Perhaps these discussions are needed, and how directors can balance the line between historic portrayal and context.

However, one could argue that these debates should have begun sooner.