Taimur’s first birthday has finally arrived! Celebrated at the Pataudi Palace, Kareena and Saif pulled out all the stops for the special day and held a lavish, family party.

The 20th of December 2017 marks Taimur’s first birthday – the day all of Bollywood has waited for! For the special occasion, the Kapoor-Khan clan partied in lavish style.

Kareena Kapoor Khan, Saif Ali Khan and Taimur arrived there five days in advance. Along with Karisma Kapoor and her children, Kiaan and Samiera.

While it was an intimate party, fans have been updated on the festivities through social media.

In particular, ‘Auntie Karisma’ has bestowed us with new, adorable pictures of the toddler. Since 18th December, she has provided sneak peaks of all the pre-birthday celebrations, such as wonderful horse riding.

While Saif sat on a chestnut horse, wearing casual attire, he holds little Taimur. Making sure he didn’t feel cold, the toddler is wrapped up in a red coat, wearing a grey shirt underneath with jeans and small boots.

Kareena is nearby, resting her hand on Saif’s leg. While they appeared relaxed prior to the big day, Kareena and Saif upped the stakes once the clock struck midnight, heralding the 20th of December. 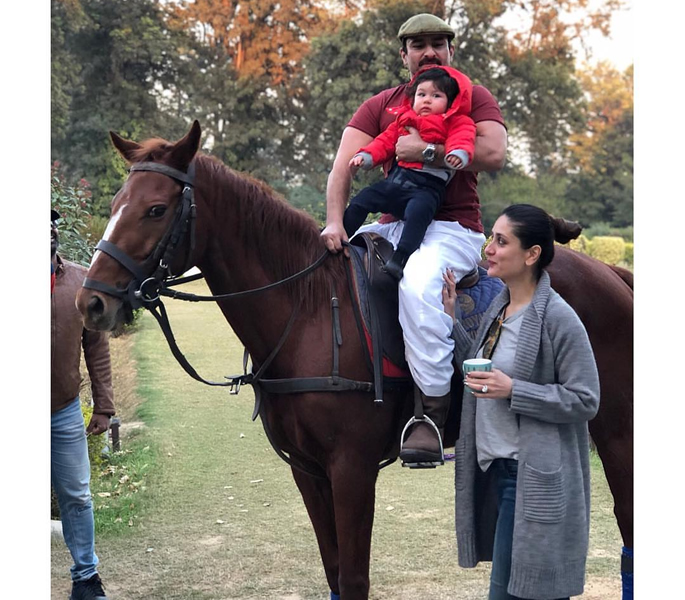 The special bash had a blue theme running throughout; with big, blue balloons and numerous Christmas decorations.

Karisma posed with Taimur for a delightful photo, acting as one of the first to send birthday wishes to the one-year-old. She said on Instagram:

For the anticipated party, several family members and close friends were in attendance. These included grandmother Babita and Amrita Arora, who is best friends with Kareena. 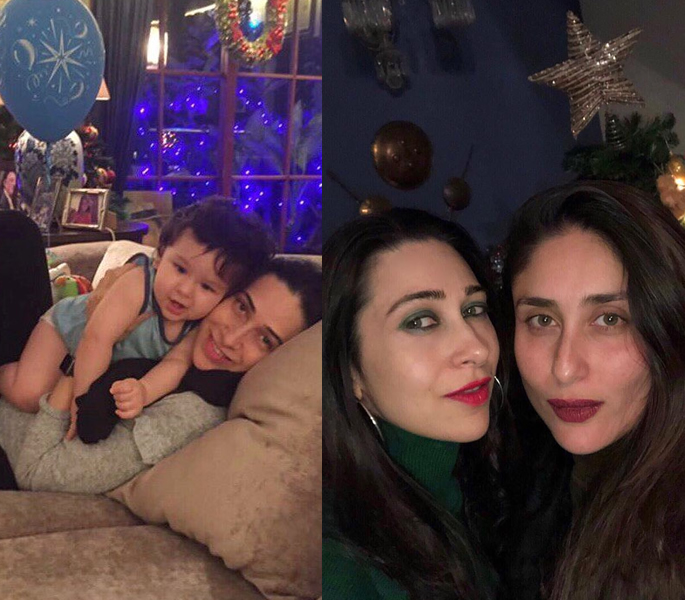 The youngster also had great fun with his cousins. He particularly enjoyed a toy train ride with Kiaan and Samiera, who held him on her lap. Isn’t it so wonderful to see little Taimur getting on so well with his cousins?

Speaking of Taimur, he looked utterly adorable in his special outfit.

He wore a light pink shirt, with a crisp, white waistcoat on top and trousers. His dark hair is styled into relaxed curls, while the toddler shows off a cheeky grin.

As he holds a monkey-shaped biscuit, fans are enthralled with the one-year-old’s glittering eyes and cute nature. One can really tell he is the son of the beautiful Kareena Kapoor and handsome Saif Ali Khan! 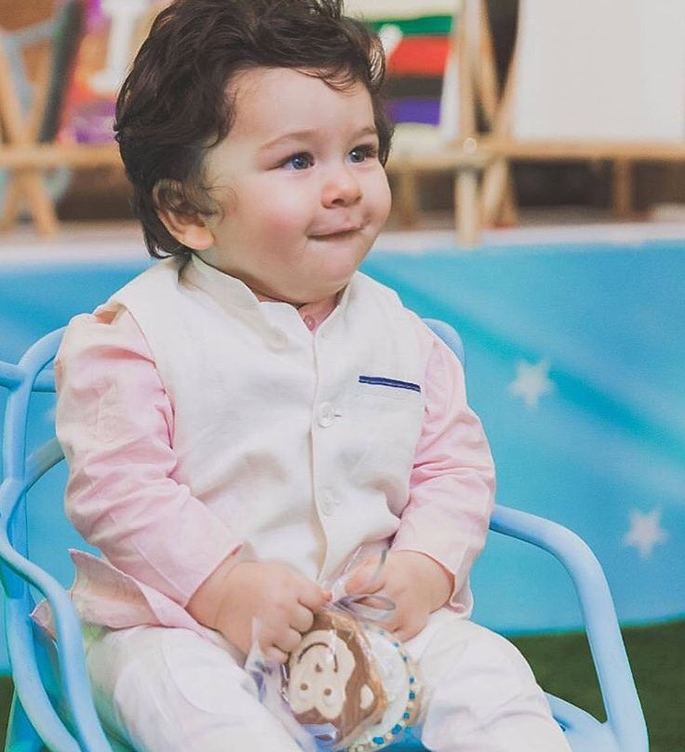 However, no birthday would be complete without a spectacular cake! No less would do for Bollywood’s favourite child star – this meant Kareena and Saif splashed out on a jaw-dropping creation.

They presented Tamiur with a three-tier cake, styled with a safari theme. Iced figurines of a tiger, giraffe, hippo and monkey adorned the treat, with each tier decorated with vibrant, colourful patterns.

On the bottom layer, an iced banner reads the words “Happy Birthday”, while Taimur’s name is spelt in blue icing. Truly a beautiful cake to behold – and we bet it tasted delicious too! 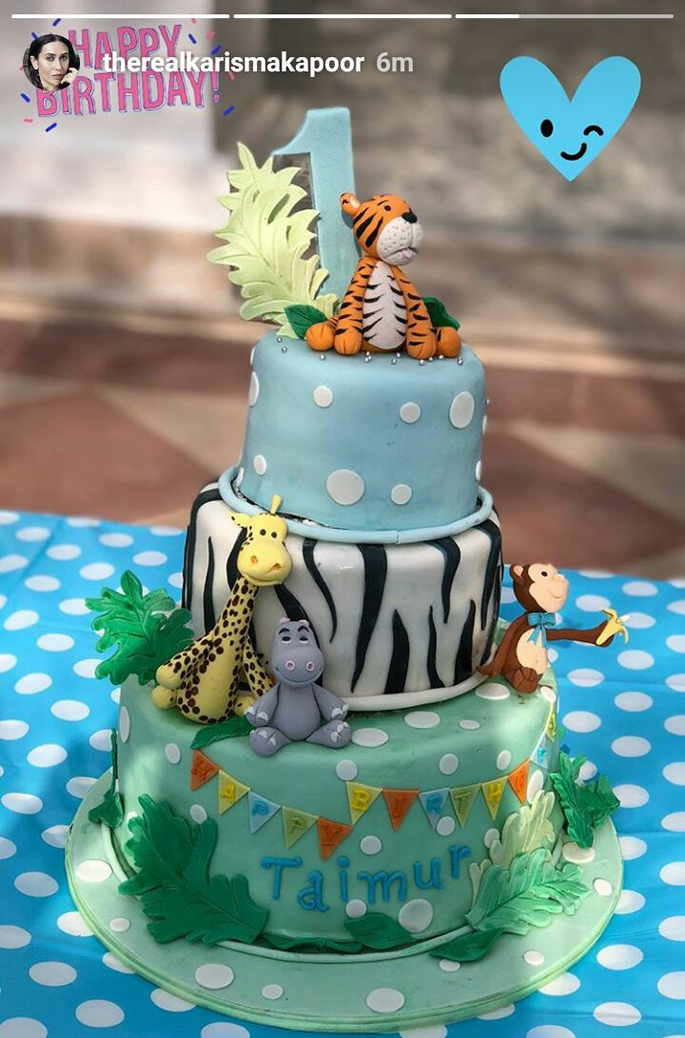 While the party was a private affair, some of the Bollywood stars took to social media to send birthday wishes to little Taimur. Karan Johar, whose children are becoming great friends with the toddler, said on Instagram:

Even Taimur’s grand-uncle Rishi Kapoor also sent a special message to the birthday boy. He shared a lovely image of the one-year-old wearing big sunglasses, flashing a beaming smile to the camera.

With the wonderful day drawing to a close, one can guarantee little Taimur enjoyed this special day. Surrounded by close family and friends, the toddler looks set to enjoy another year of happiness and warmth.

As we all know, he’s not only captured the hearts of his parents, but of Bollywood and its numerous fans. DESIblitz wishes Taimur Ali Khan a happy first birthday!

Check out more of the festivities in our gallery below! Don’t forget to see more adorable photos of the one-year-old here. 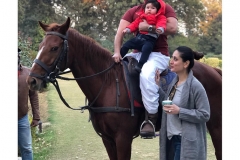 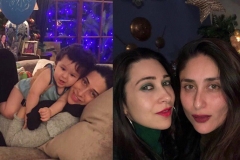 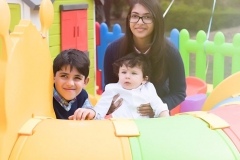 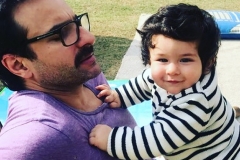 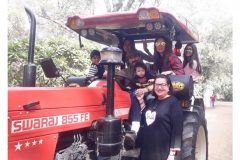 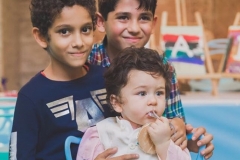 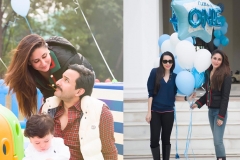 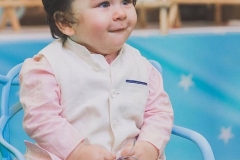 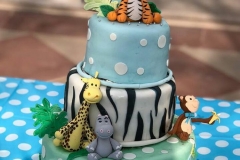