Yash Raj Chopra is a legendary name in Bollywood and Indian Cinema. South Korea’s PIFF announce him as the recipient of the Asian Filmmaker of the Year award.

Legendary Bollywood director and producer, Yash Chopra, will receive the  Asian Filmmaker of the Year award at the South Korea’s 14th Pusan International Film Festival (PIFF) which will run between 8th-16th October 2009.

Born on 27th September 1932, Chopra started out as a filmmaker in 1959. He first worked as an assistant to I.S. Johar, and then for his director-producer brother, B.R. Chopra. Baldev Raj gave him his first directorial opportunity in Dhool Ka Phool.

He founded Yash Raj Films in 1970 and the company has produced more than 40 films, of which 12 were directed by Yash Chopra. 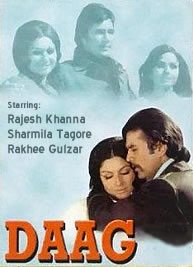 Daag (1973) was Yash’s first movie under Yash Raj banner. His friend and financier, Gulshan Rai, warned him about a lukewarm box-office response and released the film in a low profile manner. Within six days of the film’s release, the number of prints had to be tripled.

Chopra has made some of the biggest Bollywood blockbusters includingWaqt, Deewar, Kabhi Kabhie, Lamhe, Darr, Dil To Pagal Hai, and Veer-Zaara.

In addition to Bollywood films, Yash Raj Films has teamed up with Walt Disney Studios to create a series of animation films. They co-produced the first release called Roadside Romeo in 2008, featuring Saif Ali Khan, as the voice of Romeo.

Yash and his wife, Pamela, have two sons – Aditya Chopra and Uday Chopra. Aditya is a film director and manages majority of the activites of the Yash R?j Production House. Uday is an actor and he received his first break in Aditya’s Mohabbatein.

PIFF says of the Chopra announcement:

PIFF is curating a commemorative section of four films directed by Chopra and/or produced by Yash Raj Films: 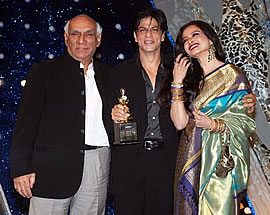 Yash has also won over 10 Filmfare awards for his work in direction and production, and over 20 hounours and recognitions including, the Dr. Dadabhai Naoroji Millennium Lifetime Achievement in 2001, the Vocational Excellence Award by the Rotary Club, honoured by the International Indian Film Academy (IIFA) at Malaysia for his outstanding contribution to Indian cinema, a lifetime membership to BAFTA for his contribution to the Indian Film Industry, France’s highest civilian honour – Legion of Honour, an Honorary Doctorate in Art by Chancellor of the University Brandan Foster by the Leeds Metropolitan University in Yorkshire and the FIAPF Award for Outstanding Achievement in Film at the 2008 Asia Pacific Screen Awards.

Amit enjoys creative challenges and uses writing as a tool for revelation. He has major interest in news, current affairs, trends and cinema. He likes the quote: "Nothing in fine print is ever good news."
Fox STAR deal for MY NAME IS KHAN
Rani Mukherjee Hadippa in Toronto