Why Rashmika Mandanna is Famous & Popular

Rashmika Mandanna is without a doubt a household name in Indian cinema. We dissect why the South Indian star is so well known and well-liked.

"she is a bold and chulbuli type ladki"

South Indian actress Rashmika Mandanna is a name that everyone constantly talks about.

Within a short space of time in Indian cinema, Rashmika Mandanna established herself as a famed and most desirable actress.

Rashmika made an instant impression from the moment she made her debut. The film Pushpa: The Rise (2021) elevated her to a whole new level.

The South Indian sensation has created an ardent fanbase across India and amongst the Indian diaspora worldwide.

Such admiration for Rashmika Mandanna is what makes her unique. In addition, Google went on to declare her as the National Crush of 2020. This highlights the craze surrounding her.

DESIblitz uncovers the reasons behind Rashmika’s popularity and prominence.

Creating the Rashmika brand in Karnataka 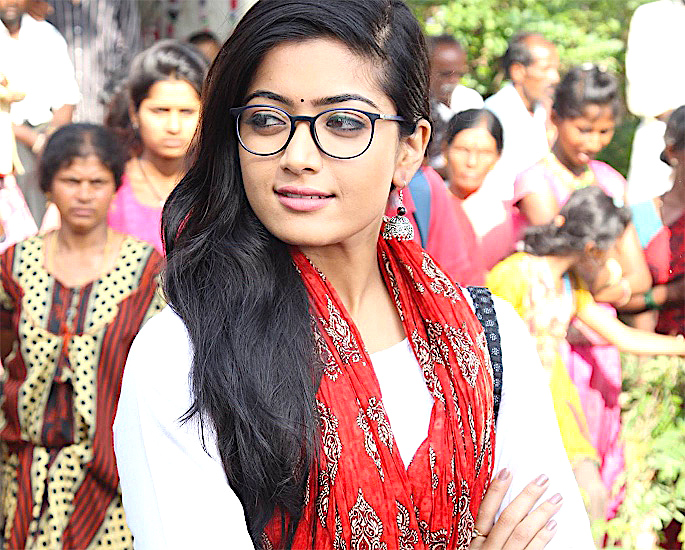 Rashmika Mandanna had a dream career start, which many can only imagine of. She made her debut in 2016 with the Rishab Shetty direction, Kirik Party.

There was high anticipation for this romantic comedy, following the announcement of Rashmika as the heroine

There is a back story, though, of how she came to bag the role. Prior to the film, Rashmika was already a known face in Karnataka state through her modelling career.

She started her modelling career in 2014, winning the prestigious Clean and Clear Fresh Face of India award.

The award put Rashmika on the map, subsequently becoming an ambassador for the skincare product.

The hysteria around Rashmika is what made the makers of Kirik Party cast her as the lead heroine. The actress told the Times of Indin about her selection for Kirik Party:

“Fresh Face was something I did for myself.”

“The makers of Kirik Party saw a picture of mine from the competition… and approached me to act in the film. So, it really got things going.”

Everyone went on to praise the performance of Rashmika, raising her reputation and fame across the state.

Shashi Prasad SM of Deccan Chronicle labelled the performance of Rashmika as a “beautiful and cute portrayal of Shanvi.”

He further said that her accurate portrayal “will surely remind all the guys their unforgettable crush from college days.”

Kirik Party as a commercial and cultural hit, made Rashmika an overnight star, giving her a big boost early on.

The actress had gone on to play the crucial role of Geetha in the 2017 action masala Anjani Putra, featuring Kannada superstar Puneeth Rajkumar.

Although the film had indifferent reviews, Rashmika was one of the major positives in the movie with her acting.

After achieving soaring success, Rashmika made a smooth and successful transition into Telugu cinema. 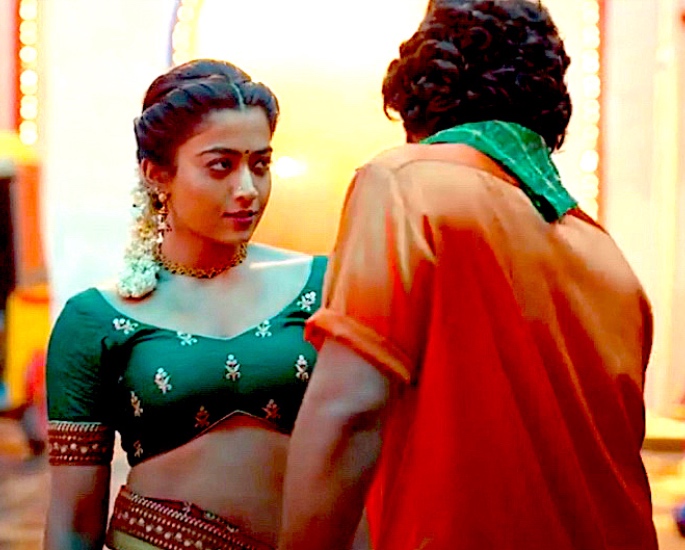 December 17, 2021, was truly a memorable day for Rashmika Mandanna, cementing her place as a leading actress.

This is after the film, Pushpa: The Rise became a Pan Indian blockbuster.

Although her role was minimal, her co-star Allu Arjun (Pushpa Raj) went on to praise Rashmika’s performance as the naive and playful Srivalli.

Perhaps the highlight was her appearance in the songs, ‘Srivalli’ and ‘Saami Saami.’ The latter was a massive viral hit pre and post-release.

Aditi, a fan of Rashmika was quick to compliment her in the song, ‘Saami Saami, commenting on YouTube:

“Rashmika is such a sweetheart cant take my eyes off.”

Fans had gone on to recreate the signature steps of Rashmika on social media platforms such as Instagram and Tik Tok.

The song has had over 400 million views in different languages on YouTube. The Pan Indian triumph of Pushpa: The Rise, gave Rashmika exposure from an international perspective.

Following on from the success of part 1, The Siasat Daily reports that Rashmika had an increase in salary, worth Rs 3 crore (£301,000).

This has made her the second most paid actress in Telugu cinema. The rise in salary was a clear indication of her power, becoming a widespread phenomenon.

With Pushpa: The Rule, Rashmika will continue to powerfully move forward.

Despite Rashmika being part of many hit films, Pushpa: The Rise gave her another dimension. Thus, earning a higher status. 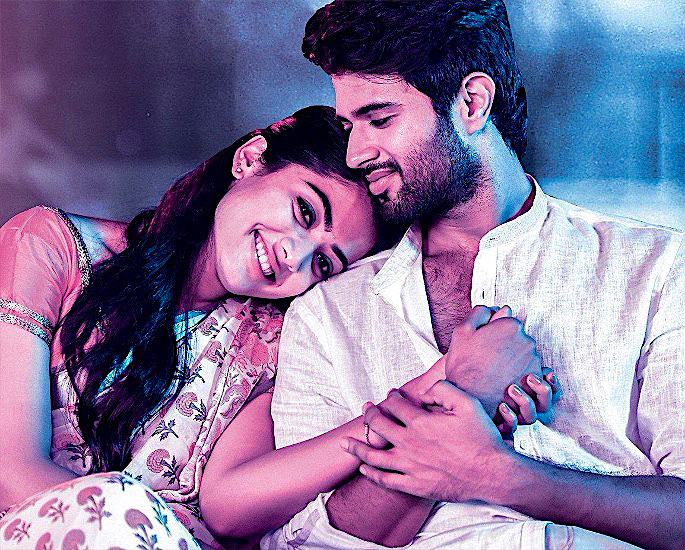 Rashmika Mandanna has also been in the limelight due to her pairing with big actors.

In a relatively short career, she has acted alongside stars such as Mahesh Babu, Karthi, Vijay Deverakonda and Allu Arjun.

In any film industry, it is immensely difficult for an actress to work alongside the most successful performers almost instantly.

However, with Rashmika being one of the most sought-after actresses, she has had the opportunity to share screen space with the biggies from the south.

The films she has featured in with leading male actors have resulted in good collections at the box office.

The performances of Rashmika (Geetha) and Vijay (Vijay) in Geetha Govindam were seen as huge assets of the film.

Celebrating the 3rd anniversary of the film, Rashmika used her Instagram stories to share videos from the film set, writing:

She also put up a loveable photo of herself with Vijay who then reposted it with a caption reading:

“And we did make the magic. Geetha Madammmm (sic).”

This film made the two one of the most popular film jodis, particularly with their on-screen chemistry.

Fans remember many unforgettable scenes from the film. These include the bus ride rendezvous and bike pushing scene between the two.

Their quarrels are also loving and full of entertainment. Both actors won several awards for this film and went on to work together again in Dear Comrade (2019).

Rashmika spoke at a media event about the benefits of being in such big films:

“People call me Srivalli from Pushpa or Geetha from Geetha Govindam, etc. So, the audience remember my characters, which means they are watching all our content.”

Whether it is luck or planning, pairing with superstars has famously made Rashmika a prominent face in the film industry. 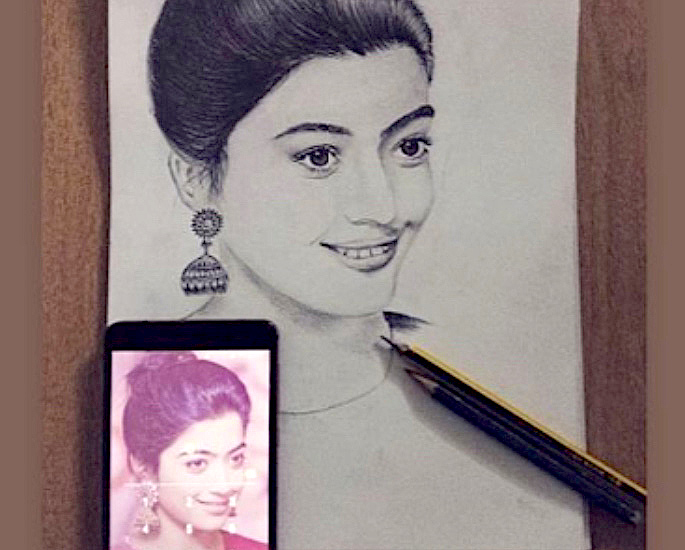 Only a few Indian actresses can boast or showcase an enormous social media presence. Rashmika Mandanna can be put in that elite category.

This in comparison to many other Indian actresses is immensely high.

One of the key reasons for such favourable traction on Rashmika’s social media is down to her frequently interacting with fans.

For example, Rashmika through her Instagram hosts various Q&A sessions that are very popular with fans.

The Q&As help to create a friendship bond, resulting in the creation of massive fan clubs. The fan clubs of Rashmika are very active across Instagram, Facebook, and Twitter.

The content of these fan clubs is a mixture of adoring and promoting everything Rashmika does.

Many of the Rashmika fan clubs across social media have thousands of followers.

The sheer volume of these fan clubs as well as regularly conversing with fans has given Rashmika a strong social presence.

Rashmika also promotes various fan arts on her Instagram account. These fan arts are often portraits of her in films or public events.

The constant support and gratitude shown by Rashmika for the various fan art drawings have won the hearts of many people.

Rashmika also showcases aspects of her personal and professional life on Instagram, acting as another popular form of interaction.

This level of social media intimacy allows the fans of Rashmika to understand and immerse themselves in her life.

It gives them a feeling of belonging and exclusiveness, further aiding Rashmika’s notability.

The Instagram posts of Rashmika are a dominating feature of her social media.

The pictures she shares are in correlation to her national crush and signature smile. A lot of these posts are liked by millions of people who are treated to her various clothing styles.

In an interview with Pinkvilla, Rashmika went on to explain the secret behind her social media popularity:

“In social media, it is just me, being the real me. I show face without makeup, I show funny faces.

“I just show every side of me and I think’s that what people like.”

“You know at the end of the day; people don’t want to see what is made up. Being just uniquely you is different.”

It is quite evident that just being her actual self resonates with so many people. 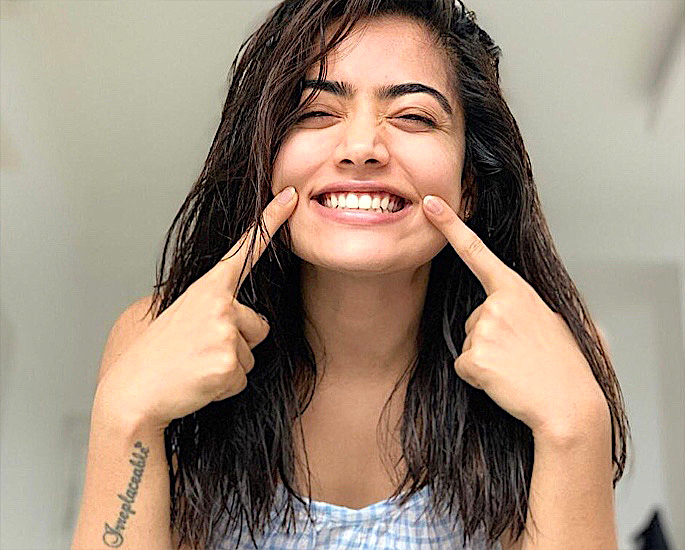 Rashmika Mandanna has a continuously growing fanbase outside India. For instance, Rashmika has fan clubs in Bangladesh that are dedicated to her.

A noticeable example is Rashmika Mandanna FC Bangladesh, which has over 234 thousand members on Facebook.

Asim exclusively tells us why he admires Rashmika so much:

“Rashmika is attractive, which compliments her acting. She was super in Pushpa. Furthermore, she is a bold and chulbuli type ladki, making her the hot crush of India.”

Rashmika is also very well received amongst lovers of South Indian films in the UK.

Sikandar Badar, an IT specialist from Milton Keynes exclusively states why he likes Rashmika and the reasons for her eminence:

“Rashmika has a distinctive smile, which is quite addictive. She is in demand after featuring in several amazing films.

“Her celebrity standing will only get stronger.”

Many fans beyond India also tend to post complimentary comments about her underneath videos and trailers circulating on YouTube. Many of the trailers and films have been dubbed in Hindi.

Through her looks, social media presence and acting skills, Rashmika has emerged as a renowned and well-approved actress.

She has the potential to dominate all the major Indian film industries.

Rashmika’s idolisation will surge with her Bollywood films to come. These include Goodbye, sharing screen space with Amitabh Bachchan.

She is also the lead heroine with Ranbir Kapoor in Animal, consolidating her portfolio even more.

Rashmika’s acting distinction and demand will naturally intensify as she continues to perform at her best.

So, if you are a crazy Rashmika Mandanna fan or a cinema lover, expect more things from your favourite lady.

Hariharan is a MA Media graduate. He has a huge passion and love for Indian cinema and culture. One of his favourite quotes is, “ Life is what you make it”.
Hrithik Roshan & Saba Azad trolled over 17-year Age Gap
Who is Saba Azad, Hrithik Roshan’s new girlfriend?