Years after his divorce, Hrithik Roshan made his relationship with Saba Azad official by walking hand-in-hand out of Mumbai airport.

"I am just happy when people find love"

Hrithik Roshan and Saba Azad’s romance is gathering steam with each passing day.

The pair have been rumoured to be dating for some time ever since they were spotted having dinner together.

Both Hrithik and Saba have made hints through their interactions on social media.

But they confirmed their relationship after they were seen holding hands as they walked through Mumbai Airport.

The pair were even seen partying together with Hrithik’s ex-wife Sussanne Khan and her rumoured boyfriend Arslan Goni in Goa.

While earlier reports claimed they were at a bash hosted by Pooja Bedi, that wasn’t the case.

Pooja says: “It wasn’t my party, but Sussanne’s! It was all her hard work and the ability to multi-task and host something on this scale, and I don’t want to take away from that.

“She hosted a party to launch a café in Panjim for which she’s done the interiors, hence all of us were there.

“This Sunday, I am launching my café, too, and I hope we’ll have a similar vibe.”

“Overall, I am just happy when people find love, as not all relationships last forever.

“So, when you move out of what is not working and find someone who enables and empowers your journey ahead, it becomes liberating for any individual.

“You feel glad to leave behind what was wonderful but wasn’t working anymore.

“Everyone must find meaningful and purposeful relationships at different phases of their lives.

“I’m delighted both Hrithik and Sussanne maintain so much respect and support between them and that both have found love again.” 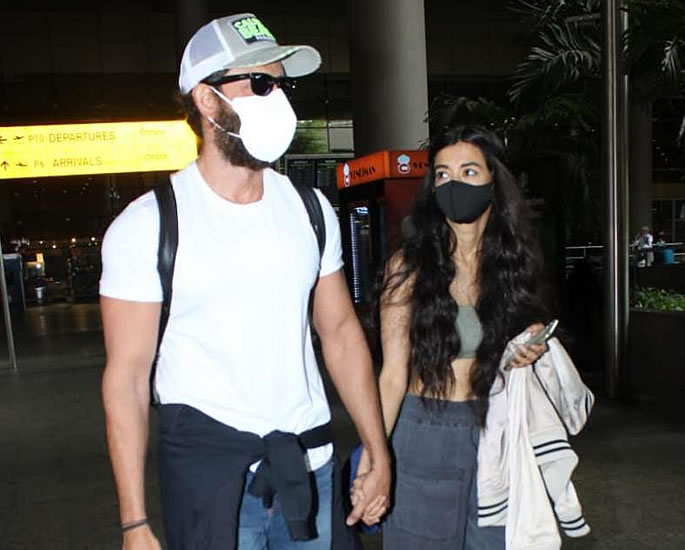 Without any further ado, here’s everything you need to know about Hrithik Roshan’s new girlfriend.

She began her acting career with her late uncle’s theatre group Jana Natya Manch in Delhi, where she worked with the likes of Habib Tanvir and MK Raina.

Saba moved to Mumbai from Delhi and acted in a two-man play directed by Makarand Deshpande staged at Prithvi Theatre.

Her first film stint was in a short film titled Guroor which was helmed by director Ishaan Nair.

She made her Bollywood debut in 2008 with Anil Senior’s Dil Kabaddi, which also starred Irrfan, Rahul Bose and Soha Ali Khan.

Saba Azad started her own theatre company The Skins in 2010 and directed her first play Lovepuke which opened at NCPA’s experimental theatre in September 2010.

She recently starred in the web series Rocket Boys.

Saba is also a popular musician and singer in the Indian indie music scene and one half of the widely popular electronic band Madboy/Mink which she started with actor and musician Imaad Shah in 2012.

Before Hrithik Roshan, Saba Azad dated Imaad Shah for seven years before calling it quits in 2010.

They continue to work as music partners.

While many people have expressed their happiness over Hrithik’s new relationship, others have mocked their age gap.

Many stated that Hrithik is old enough to be her father.

One person pointed out that other celebrity couples like Dharmendra and Hema Malini, Sanjay Dutt and Manyata, and Shahid Kapoor and Mira Rajput all have noticeable age gaps, adding:

“Is it a big deal? Clowns who are trolling them need to check their parents’ age difference LOL.”

Hrithik was previously married to Sussanne Khan and they have two sons together. They split in 2014 after 14 years of marriage.

Ravinder is a Journalism BA graduate. She has a strong passion for all things fashion, beauty, and lifestyle. She also likes to watch films, read books and travel.
Why Rashmika Mandanna is Famous & Popular
Ranbir Kapoor & Alia Bhatt to Honeymoon in South Africa?