A Cute Hug for Aaradhya Bachchan from Azad Rao Khan

Adorable photos of children can always cheer up the worst of our days, and don’t a couple of Bollywood star kids know this!

They are none other than B-town beauty Aishwarya Rai’s daughter Aaradhya Bachchan, and superstar Aamir Khan’s son Azad Rao Khan.

Little Aaradhya and Azad, who are apparently good friends, recently meet at a party in Mumbai.

Along with many other celebrity kids, they celebrate the birthdays of Ira and Ruhaan, who are the niece and nephew of actress Vidya Balan.

But Aaradhya and Ash turn up at the restaurant late and only manage to catch Azad on his way out with his mother, Kiran Rao.

The occasion clearly calls for a friendly hug between the two 4-year-olds. But with all the cameras around them, they seem understandably hesitant.

So, their stylish moms take a moment from their catch-up to encourage Azad and Aaradhya to hug it out!

We cannot help but gush over this super sweet snap of the star kids! 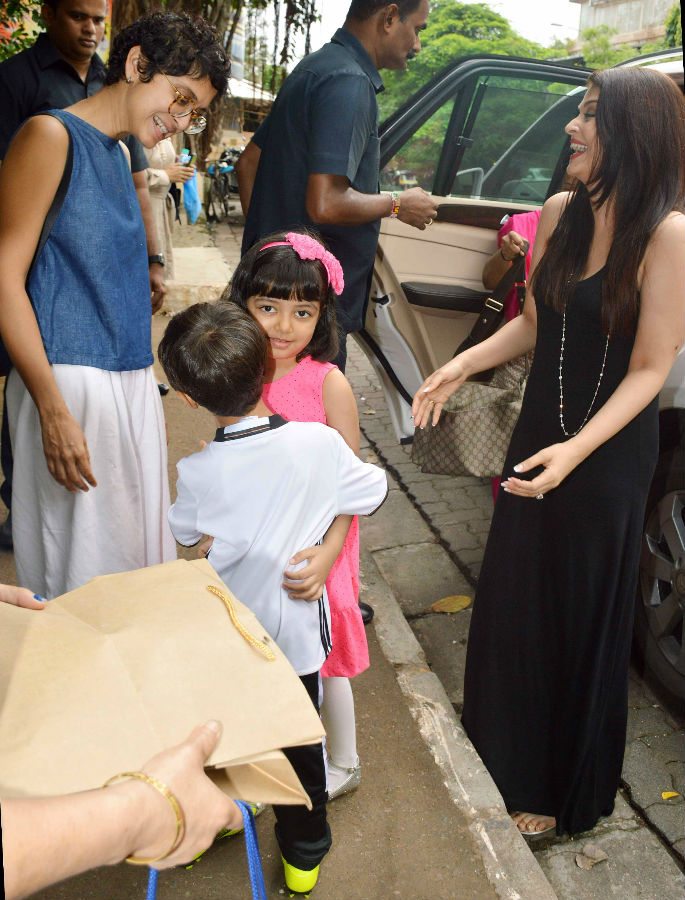 Aaradhya is often seen in the media spotlight. She recently attended the birthday bash of Shilpa Shetty Kundra’s son, Viaan Raj in Mumbai.

Even when she is outside India, little Aaradhya hardly ever escapes the paparazzi’s radar.

She has been travelling to the annual Cannes Film Festival with Aishwarya for the past four years.

From her arrival at the airport to chilling out in the French Riviera, Aaradhya always attracts as much attention from the press as her gorgeous mother. 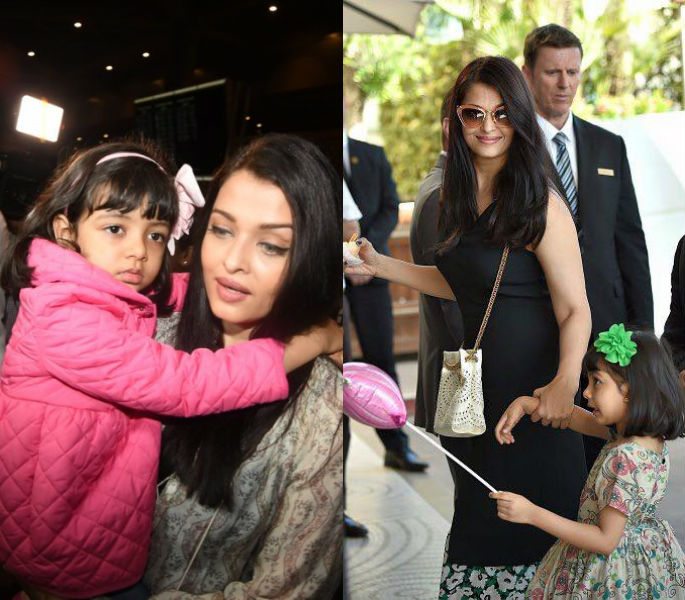 She even helps out with the wardrobe selection, as Ash says: “For her, it’s more like playing dress up and appreciating colours.

“So yeah, it meets her approval quite often. It’s fun, it’s a laugh.”

Both her and Azad will be turning five at the end of the year. Wouldn’t it be amazing to see them grow up together and shine as bright as their parents in B-town?

Scarlett is an avid writer and pianist. Originally from Hong Kong, egg tart is her cure for homesickness. She loves music and film, enjoys travelling and watching sports. Her motto is “Take a leap, chase your dream, eat more cream.”
Sara Ali Khan to debut in Student of the Year 2?
India’s Next Top Model 2 in Shocking Elimination