Aaradhya Bachchan is a ‘darling little princess’ on her Birthday

Aishwarya and Abhishek’s daughter Aaradhya Bachchan celebrated her birthday! Many sent over warm well-wishes, including her grandfather Amitabh.

On 16th November 2017, Aishwarya and Abhishek’s daughter Aaradhya Bachchan turned six! She celebrated with her family, with her father describing her as their “little princess”.

Meanwhile, fans across the world shared birthday wishes to the little girl on social media.

Doting grandfather Amitabh Bachchan even dedicated a post to the now six-year-old on his Tumblr blog.

With humour and love, he described his granddaughter as a “blessing” in their family and explained: “When she shall tell us how much she has grown .. its actually 6 years but its 60 for most of us!!”

He shared an image of the little girl holding up an image of herself as a toddler. While she is still at a young age, the picture truly shows she has grown into a beautiful child. With a big smile on her face, Aradhya even seems proud too. 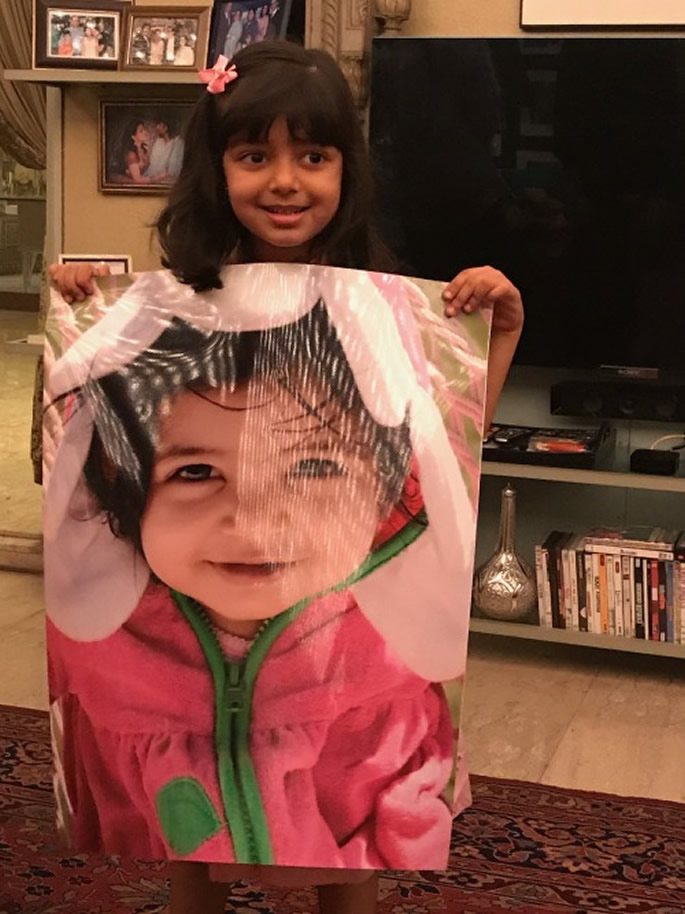 Amitabh continued his praise for the young girl, explaining how she brightens up their home with happiness. Isn’t it lovely to see the massive pride the 75-year-old has for his granddaughter?

He even presented an image never seen before amongst fans. Earlier in 2017, the Bachchan family took a lavish trip to the Maldives. While they took photos, fans found it difficult to actually find them on the internet.

But now, Amitabh shared one of the photos; showing Aishwarya, Abhishek and Aradhya on a luxury yacht. All three appeared in good spirits; with the adorable girl hugging her devoted mother. 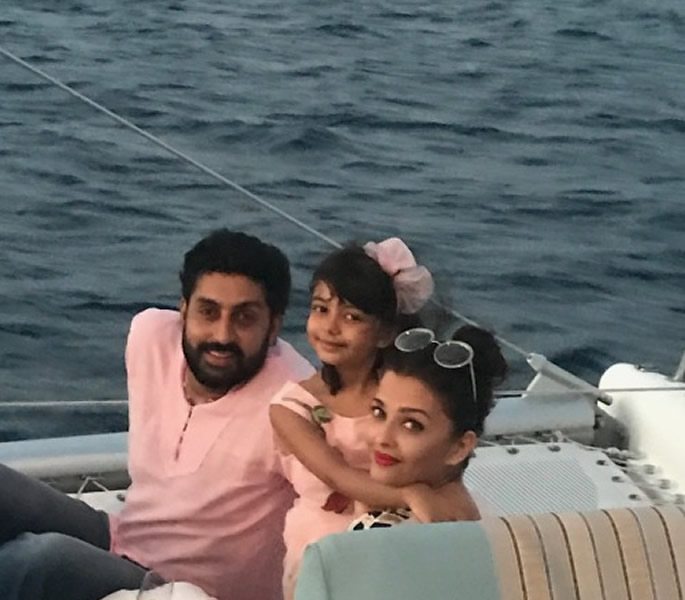 Across Twitter, many fans sent birthdays wishes using the hashtag #HappyBirthdayAaradhya. It seems Aaradhya has gained a massive fanbase herself – an impressive feat for the youngster. No doubt fans can’t wait for the day when she makes her Bollywood debut in the far future.

Amitabh, feeling grateful and overwhelmed by the huge response, gave his thanks. Sharing an image of his granddaughter at a wedding, he said:

T 2712 – To them all that have wished with greetings for Aaradhya .. my gratitude and thanks ..?? .. your wishes and blessings shall always be cherished with love ..? pic.twitter.com/Ga4eDfPSY2

Even Abhishek shared an image of his six-year-old daughter on Instagram, looking cute in a pink dress. With a tiara of pink flowers resting on her head, she does indeed look a darling “little princess”. 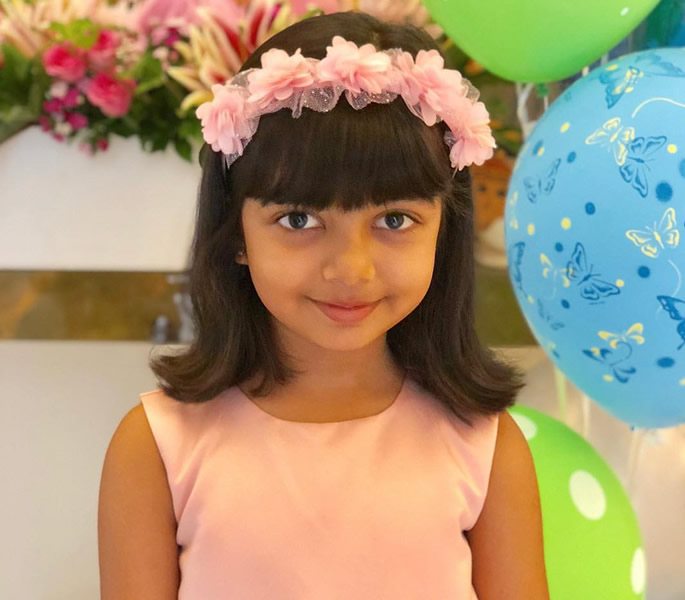 Prior to the big day, speculation emerged of how the Bachchan family would celebrate. Back in March 2017, Aishwarya’s father sadly passed away – leading some to think the occasion would be a small affair.

Instead, a source claimed Aaradhya would enjoy a bash with family and friends, saying:

“They have sent out invitations to celebrities with kids, and Aaradhya’s friends for a small birthday bash at the old Bachchan bungalow, Prateeksha.”

Reports also added the party would focus on a particular theme; perhaps it was a Princess idea, fit perfectly for the six-year-old!

With the day soon drawing to a close, we can’t wait to see if more images will surface. Particularly of Aaradhya’s reported birthday bash.