Bollywood has officially arrived at the 2016 Cannes Film Festival, with a stunning appearance from the one and only Mallika Sherawat.

Mallika owns the spotlight in the sparkly mermaid gown by Georges Hobeika.

Mallika owns the spotlight in the sparkly mermaid gown, a true work of art by the Lebanese designer.

Embellished with glitter and intricate flower work at the bottom edge of the figure-hugging garment, she certainly sets the bar high for other Bollywood stars due to arrive in sunny French Riviera! 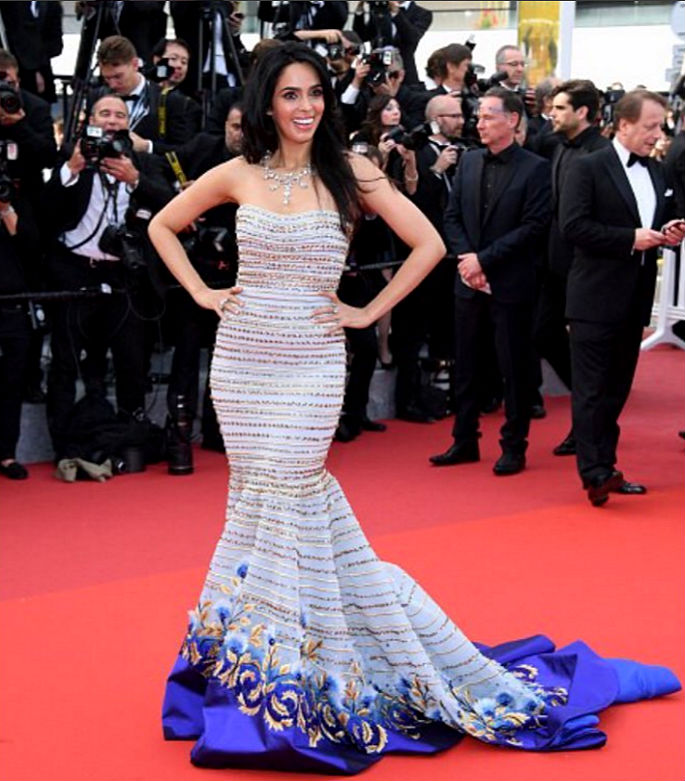 She says: “It’s a $50 million international production based on a Chinese bestseller with a great cast, amazing special effects and awe-inspiring action. I couldn’t say ‘no’ to the thrill of playing a sorceress.

“I just didn’t know I would freeze, though the Chinese have been most sympathetic. There’s a lot of curiosity about Bollywood in China. I’m constantly being asked if besides naach gaana we try Kung Fu in our films too.”

Malllika is clearly a hardworking girl – maybe that’s why she hasn’t had time to settle down with boyfriend and real estate businessman Cyrille Auxenfans. Or has she?

Rumour has it the two got married in a private ceremony in Paris and that her father, Mukesh Lamba, reveals that a reception will be held in India. 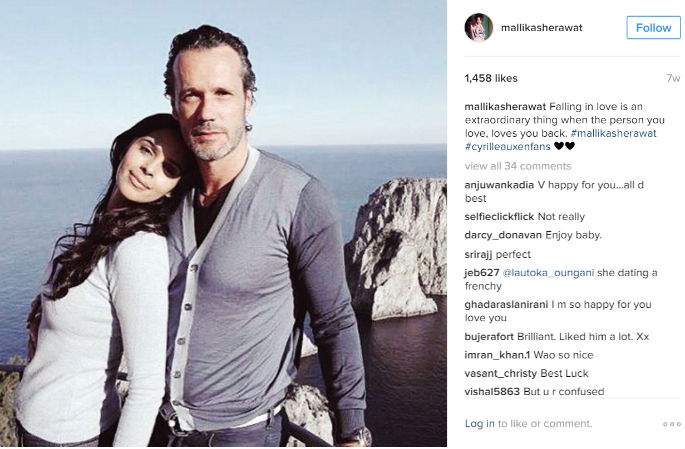 Mallika dismisses the wedding rumour on Twitter: “STOP spreading rumors. It’s NOT true! The day I get married , you all will be invited :)”

And we’re counting on it! Mallika makes no secret about how she feels about her man. In an interview with The Indian Express, she says: “I am proud of him and will soon get him to Mumbai.

“He has shown Paris to me and has romanced me the French style, now I will romance him the Indian style!

“I will take him to the Taj Mahal, and make him have street food. You know the typical Indian flavour, that’s what I want to do.”

For now, she will focus on her mission to impress the media and fans on the Cannes red carpet with more fashion treats!

The first day of Cannes 2016 has welcomed a wave of amazing designer outfits. L’Oréal ambassador Eva Longoria wows in a sheer top and white maxi skirt by Pamella Roland. 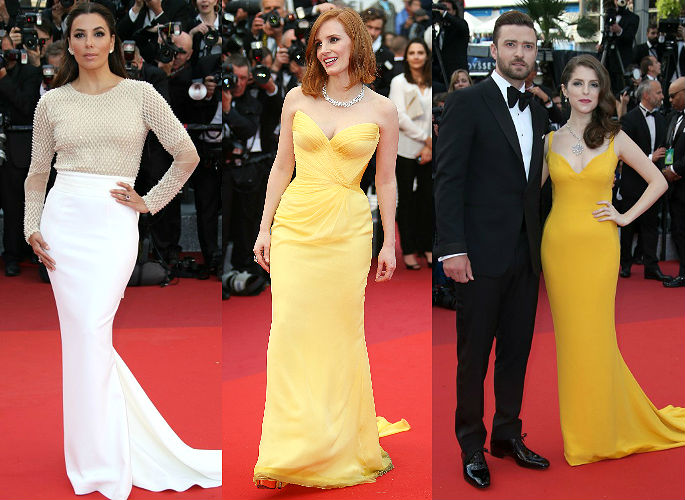 We shall wait eagerly for Bollywood to bring on the glamour throughout the 2016 Cannes Film Festival!