Is Kareena ready for Alia Bhatt to be Her Sister-in-Law?

Kareena Kapoor Khan has never shied away from publicly speaking about her cousin Ranbir Kapoor’s girlfriends. Let’s see what Kareena has said about Alia.

“I’ll be the happiest girl in the world!"

Kareena Kapoor Khan shared her excitement regarding the idea of Alia Bhatt becoming her sister-in-law.

She is known for her outspoken nature and does not shy away from expressing her opinions.

In this instance, Kareena Kapoor has openly expressed her thoughts on her cousin’s Ranbir Kapoor’s girlfriends.

Yet, it appears that Ranbir Kapoor’s current girlfriend, Alia Bhatt, is by far her favourite.

It is evident Kareena likes Alia Bhatt, as a person, for her style, acting skills and career choices. She has praised Alia openly on numerous occasions.

In an interview with Filmfare, Kareena Kapoor spoke about films in which strong women characters were portrayed. She said:

“There have been many such films in which my mother-in-law (Sharmila Tagore) has acted including Apur Sansar, Amar Prem.

“Most recently it would be Raazi (2018). Alia Bhatt’s character was well-written. She was fantastic in it. She’s superlative anyway.” 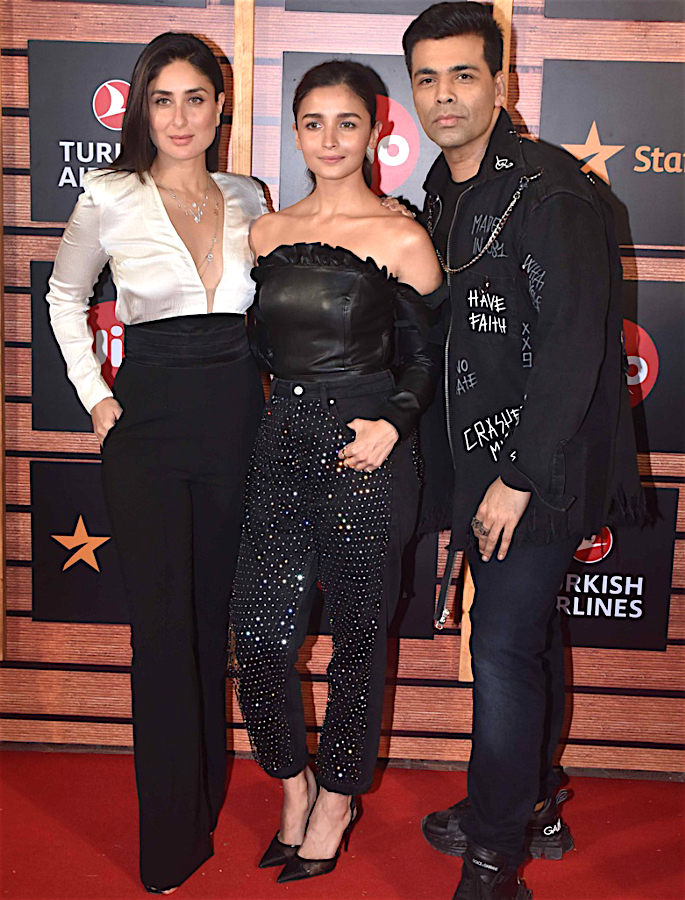 Kareena was excited to talk about the potential marriage of Ranbir and Alia.

During the interaction, Karan Johar questioned Kareena concerning the day she would become Alia Bhatt’s sister-in-law. She replied:

“I’ll be the happiest girl in the world!”

However, Alia had a mature stance on it. She said:

“Honestly, I never thought about it but I don’t want to think about it now also. We will cross that bridge when we come to it.”

To which Karan responded saying:

“We will be exceptionally happy and we will be standing there with a thali!”

“I do hope, eventually, whenever you do kind of get into that zone, you will actually handle and treat your career like Kareena has.”

It is not only Kareena who showers praise on Alia. Alia Bhatt continued to state how her potential sister-in-law is a true inspiration to her. She said:

“She has genuinely been an inspiration to me. Earlier there was this thing that if an actress gets married, her career slows down a bit but she totally broke that for all of us.”

Previously, Kareena made it clear that she did not like Ranbir’s ex-girlfriend Deepika Padukone.

Both Deepika and Kareena would often make remarks about each other on Koffee with Karan.

Yet, Kareena Kapoor seemed to approve more of Ranbir’s ex-girlfriend Katrina Kaif. She voiced her affection for Katrina on various occasions.

Despite this, it appears Alia Bhatt is certainly Kareena’s favourite partner of her cousin Ranbir.

There is no doubt that Kareena Kapoor is eagerly waiting for the big wedding announcement to be made.