Actor Nawazuddin Siddiqui broke his silence regarding the harsh criticism he received for his character, Ganesh Gaitonde in Sacred Games 2.

"I do not take criticism from anyone.”

The first season of Sacred Games was a major hit with audiences and his character, Ganesh Gaitonde, earned praise from fans and critics alike.

Yet, Sacred Games 2 failed to make an impact on audiences.

For quite some time Nawazuddin remained hushed on the matter. Recently, the actor broke his silence over the response his character received.

Nawazuddin made it clear that he does not consider the criticism of those who maliciously try to find faults with his performance.

According to an interview with Pinkvilla, Nawazuddin Siddiqui only listens to comments from people with cinematic knowledge.

He does not waste his time considering the hypercritical comments of random people. Nawazuddin explained:

“Who are these people? I only take criticism from people who are of my standard. Today, every second person is there to criticise.

“Won’t listen to any ‘aira gaira natu gaira’. Anyone criticises today, I am a trained actor, I do not take criticism from anyone.” 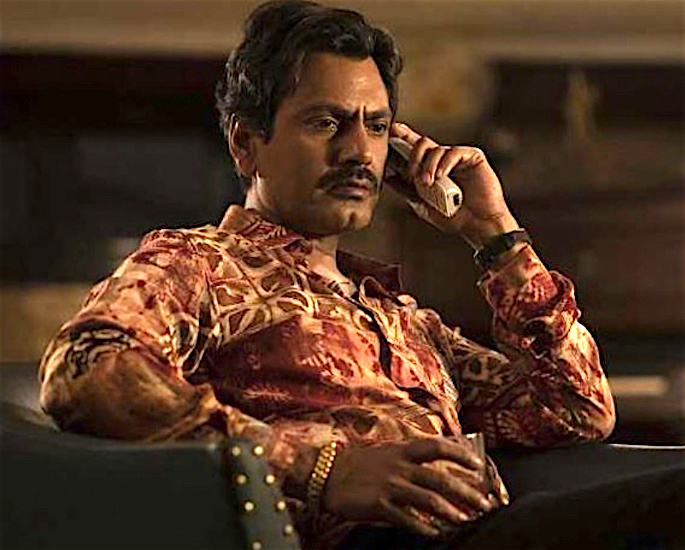 Nawazuddin Siddiqui continued to mention the reaction of audiences. He said:

“People are enjoying the vulgarity in comedy movies which should be family entertainers.

“And if I abuse in the character of Ganesh Gaitonde, they start to point it out. For the sake of entertainment, we can’t just show anything.”

In addition to Sacred Games 2, Nawazuddin will star alongside Athiya Shetty in Motichoor Chaknachoor. The film released on the big screen on November 15, 2019.

Nawazuddin pointed out how there is an expectation of a good-looking protagonist to star in a love story.

He highlighted how people “like him” do not get considered for playing the lead in a love film. He stated:

“People like us don’t get to do love stories because of the perception that we can’t love. We are just for hitting and killing people.

“The stereotype is not in the industry but in the people and it will stay deep-rooted in them.”

“Audience things love stories can be done with only actors who look a certain way. People react to Nawaz and Athiya’s love story is so unconventional and unusual.

“How is it unusual? She is a human and so am I. But society is not able to accept this.”

Nawazuddin Siddiqui finally responded to on-going criticism of Sacred Game 2 and he certainly did not hold back.

Ayesha is an English graduate with an aesthetic eye. Her fascination lies in sports, fashion and beauty. Also, she does not shy away from controversial subjects. Her motto is: “no two days are the same, that is what makes life worth living.”
Is Suhana Khan getting ‘Bollywood Ready’ in New York?
Is Kareena ready for Alia Bhatt to be Her Sister-in-Law?