Amir Khan defeated Samuel Vargas on points at an enthralling contest at Arena Birmingham. So, what’s next for the British Pakistani born boxer?

"The only fight that works for me over Kell Brook is Manny Pacquiao."

Although Khan came away with the victory, he was made to work hard and was hurt several times throughout.

It was Khan’s first fight in five months since coming off a spectacular 39-second win over Phil Lo Greco in April 2018.

Going into the welterweight contest, Khan weighed at the 147 pound limit for the first time in his career.

The bout started with Khan showcasing his hand speed, which is something that has caught so many out in the past.

Fast jabs were catching Vargas during the first round and he could not do much as he was missing his punches as a result of Amir Khan’s footwork.

The hand speed was too much for the Canada-based boxer in the second as a swift left hook sent him to the canvas.

In the same round, Vargas came back with a heavy right hand which tested the chin of Khan as he fell to the canvas but quickly sprang back up. 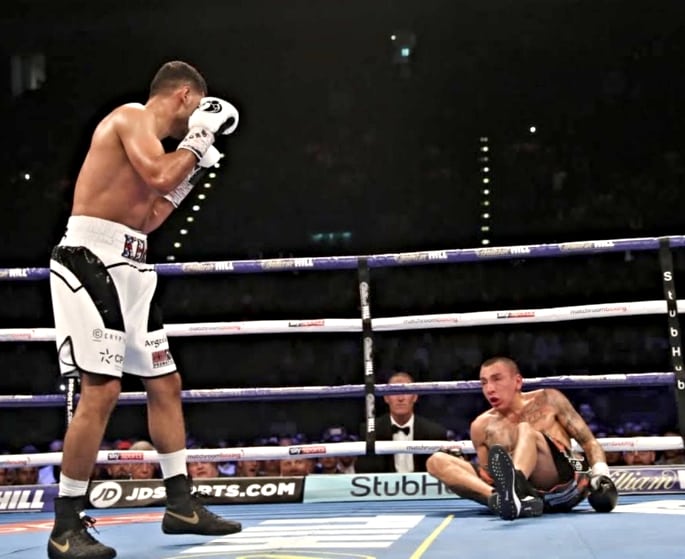 The momentum switched between the fighters during the contest, where Khan floored Vargas for a second time during the third round.

Amir Khan’s chin has remained questionable and it showed in the 10th round when he was caught with a right hand which left him on wobbly legs.

The contest could have been stopped had it not been for the bell.

Fellow Englishman Kell Brook was sitting ringside and is eager to face the Bolton-born boxer in the future.

He is willing to drop down to welterweight in order to make the fight happen.

Boxing fans and experts are keen to see this fight happen.

Eddie Hearn, who promotes both Khan and Brook, said:

“I want to do the Brook fight, I think it would be a great fight.”

“The styles gel into a brilliant fight.”

After his victory, Khan called out his next potential opponent.

“The only fight that works for me over Kell Brook is Manny Pacquiao.”

Kell Brook spoke of how he would exploit Amir Khan’s chin, he said:

“He hasn’t got the greatest chin.”

“I wouldn’t have let him off the hook and he would have stayed on the floor.”

In the post-fight interview, Khan praised the toughness of Vargas and said that he is unlike the other boxers who have been defeated by Khan. 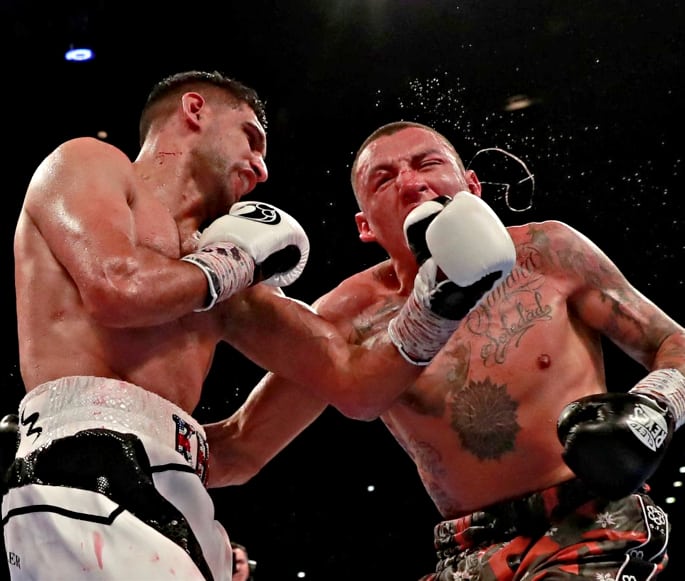 “Usually when I hit an opponent with a good combination, they start backing off, they don’t want to get hurt.”

“With Samuel Vargas, he kept coming forward and wouldn’t take a step back.”

It has been seven years since Khan held two world titles at super-lightweight.

This is the first time since May 2015 where Khan went the distance, the last was over Chris Algieri.

Since then, he suffered a brutal knockout at the hands of Saúl ‘Canelo’ Alvarez, appeared on reality TV show I’m a Celebrity… Get Me Out of Here! and outclassed Lo Greco.

Although some ring rust may have been present against Vargas, his experience in big fights showed as he overcame adversity to get the win.

Khan spoke of Kell Brook and Manny Pacquiao as the two frontrunners to be his next opponent after his fight with Vargas.

Both possess unique challenges for Khan and are fights that people would want to see. 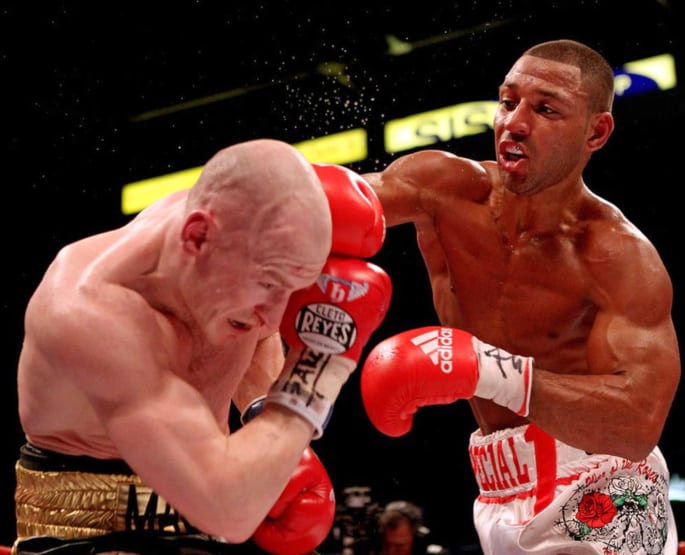 Talk of Brook fighting Khan is a fight many people want to see and the two have been trading words ever since.

After the Lo Greco fight, Brook, who was on pundit duty entered the ring and exchanged words with Khan.

“I will fight and beat Kell Brook and the world knows it.”

“Brook’s been living off my name for a long time. I came and signed with Matchroom, I’m the one chasing Kell.”

For the fight to happen, Brook would have to move down in weight as he fights at light-middleweight.

The former IBF welterweight champion has fought some of boxing’s biggest names.

This includes a match against arguably the number one pound-for-pound Gennady ‘GGG’ Golovkin, in which Brook moved up two weight classes to fight him.

Although Brook was composed throughout the fight, he was ultimately defeated in the fifth round after suffering a badly damaged eye socket. 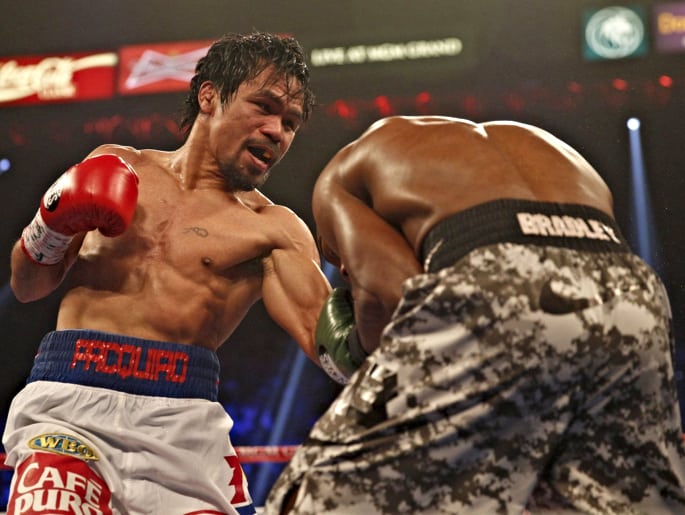 There have been talks about Khan and Pacquiao meeting in the ring, but it has failed to materialise in the past.

In February 2017, Amir Khan and Pacquiao both announced that a deal between the two camps had been agreed.

The proposed ‘super fight’ was to take place on April 23, 2017, however, it soon fizzled out when it was discovered there was no deal in the first place.

It would be a massive fight for Khan, especially for his legacy.

He stated: “Manny is a legend of the game, so to beat him would be massive.”

Manny Pacquiao is the only eight-division world champion in the history of boxing, having won 11 major world titles.

Over the course of his illustrious career, he has defeated 20 world champions.

He was also one-half of one of the most anticipated sporting events ever, the other being Floyd Mayweather Jr.

The legendary status of ‘Pac-Man’ is one Khan would consider to try and cement his legacy as one of boxing’s greats. 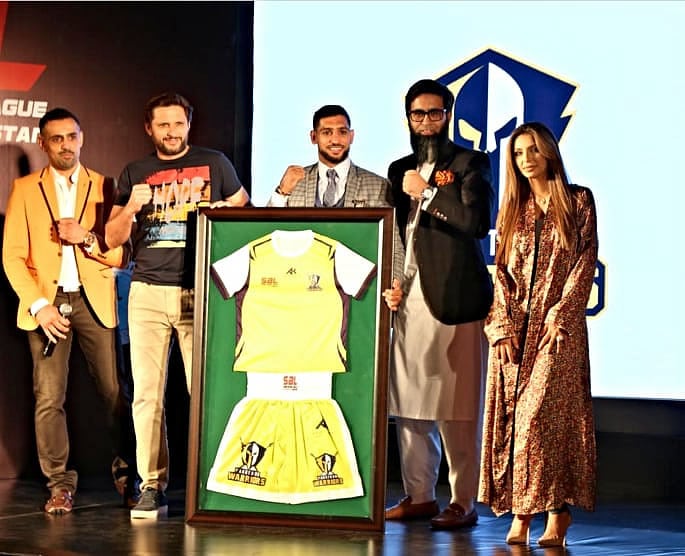 During the post-fight press conference, Khan spoke about the boxing in Pakistan which is on the rise.

When asked by the Pakistan press about his thoughts on boxing in the country, he replied saying:

“In Pakistan, the talent is really good.”

“I’ve fought over there. Slowly boxers are getting more involved.”

In addition, Amir Khan launched the Super Boxing League in the country earlier in 2018, to act as a platform for young fighters to make a name for themselves.

“I think we just have to motivate. Now Imran Khan is Prime Minister, he should promote the sport.”

“I think Imran will because he is a sportsman too.”

“I think we need to open more boxing academies in Pakistan. My boxing league will start in February 2019.”

“Look how Pakistani boxers there are in the UK. It should be the same in Pakistan.”

Khan’s impact has seen lots of British-Pakistanis training in boxing. This also includes Khan’s brother Haroon, who has an undefeated 7-0 record. 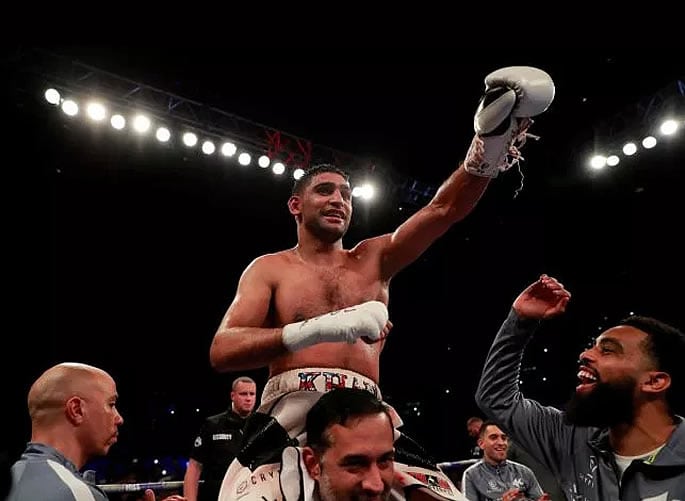 Now on a two-fight winning streak, Amir Khan now looks toward his next two potential fights.

One is a grudge match against Kell Brook. The other is a chance to cement his legacy in Manny Pacquiao.

Khan is expected to announce his next opponent in the coming weeks.

Only time will tell who Amir Khan chooses to face in his next bout.

One thing is for sure, fans will be eagerly waiting for his future announcement.