Brit-Asian boxer, Tony Bange, makes his Professional Debut on April 2, 2016. In an exclusive with DESIblitz, Tony talks about his upcoming fight and more.

Harrow, north-west London, on April 2, 2016, will be the setting for the high profile fights of several Asian fighters, including upcoming Brit-Asian boxer, Tony Bange.

The occasion, being held at Harrow Leisure Centre, and promoted by Frank Warren, will be headlined by Liam Williams’ defence of his titles against Brit-Asian boxer, Nav Mansouri.

The strong Asian contingent is completed by the professional debuts of: Sanjeev Singh Sahota and ‘TNT Explosive’ Tony Bange.

Bange, from Staines-upon-Thames, Surrey, will have his first senior bout with a Brit-Asian boxing legend on his side.

Nicknamed ‘TNT Explosive’ due to his explosiveness in the ring, Bange has taken time out from his busy schedule to talk to DESIblitz.

Here is everything you need to know about Prince Naseem’s welterweight prodigy, and his opinion on the upcoming Khan–Canelo fight. 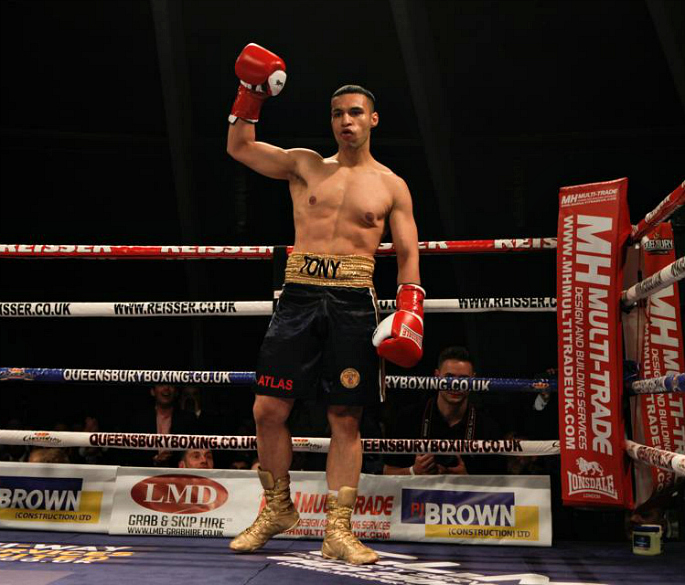 “I’m living in Wraysbury [Staines-upon-Thames, Surrey] at the moment, and I’ve been boxing since a young age.

How are you feeling about making your professional debut?

“I feel really good about making my pro debut at Harrow Leisure Centre on April 2, 2016. I’m so used to fighting now, that it won’t really be anything special or different.

“I’m just going to go out there and do my thing. I am treating it no different at all to how I prepare for other fights, but yeah, I’m just training, and it’s looking good. I’m feeling really good.”

How is it being under the guidance of Prince Naz, how did he find you?

“Yeah he’s been cool man, he’s a really cool guy, and actually a family friend of ours.

“What had happened was my dad talked to him, and he said, ‘My son’s boxing now’. Then Naz came down, checked me out, and said to my dad, ‘Wow, he’s really good’. 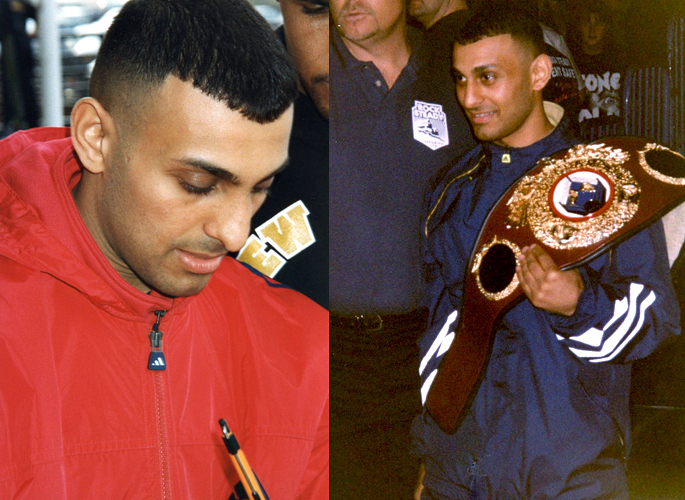 “That gave me a massive confidence boost you know, and it’s been cool working with Naz ever since. He gives me a lot of advice, and got nutritionists and trainers involved. So yeah, it’s brilliant having him on my side.”

Can we expect any flashy ring entrances like Prince Naz used to do?

“I can’t give that away man. I can’t give you anything, I’ve been told to stay quiet about it. You will have to wait and see.

“I don’t want to break my back before the fight, so I don’t think a somersault [as Prince Naz used to do] would really be good.”

What are your plans for 2016 and beyond?

“Basically I need to get my name out there. I’ve been doing this for a long time now, but I’ve been under the radar. So I’m building my name up, getting it out, and getting people to know who I am.

“I leave these kind of things to Naz, and let him sort them out. My full concentration is on this one at the moment, but I’ve been told that there could be a possible fight in India, in July 2016.

“There’s quite a few Indian fighters looking to get out there at the moment, it’s a growing sport in our culture, and a good market to target.”

Do you have the full support of your family to go into boxing? 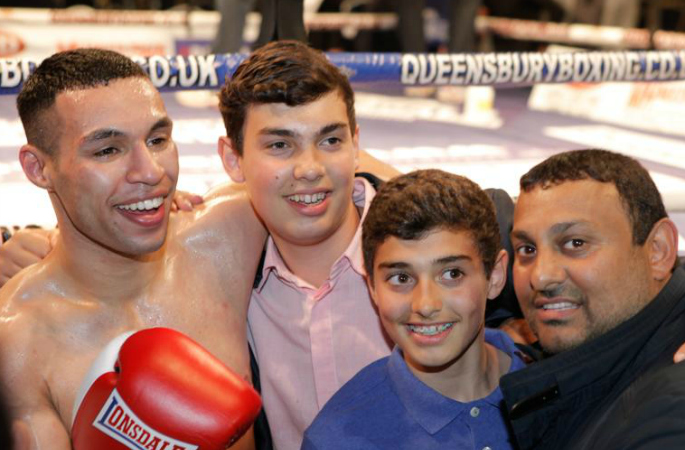 “Completely. I come from a boxing family, and so I was sort of born in to boxing. My father is a really good boxer, and he pushed me to succeed in it.

“My dad always wanted me to box, he used to train me. When I started to get good at it, I thought to myself that I should take it seriously.”

“It was at about 18 that I realised that I wanted to go professional, and that is when I met Naz. He told me that I needed a bit more experience, but that he’ll be there to guide me along.

“My mum is not too keen on it, but she’s just the softie in the family. But yeah, I have the full support of my family, they all love it.”

Other than boxing, do you have any other sporting interest?

“I do like all combat sports to be honest, anything to do with combat. I like a bit of cricket, and watching snooker, that’s quite relaxing.

“But my full concentration has been on the fight recently. Hopefully, on April 3, 2016, I can come back, chill out, and watch the World T20 final.”

What is your opinion on the May 7 showdown between Amir Khan and Canelo Alvarez?

“I do actually like Khan, I think he’s done a lot for our culture, but I think that this is the wrong fight for him. Canelo is going to be too big and strong for him.

“He has got the speed though, if he can keep him away, and out box him, then he’s done the job.

“I reckon Canelo will beat him, but if he [Khan] wins, then he’s right back up there, back at number one.”

The April 2, 2016 boxing event at Harrow Leisure Centre promises to be an exciting one, for the many Asians involved in particular.

The bill includes the first ever Indian boxer to receive an Olympic medal. Haryana born, Vijender Singh, who won a bronze medal at the 2008 Beijing Summer Olympics, will be joined at the event by a confident, emerging flyweight from Blackburn, England – Prince Patel.

Prince Naz was known for his flashy entrances. Flying carpets, Chevrolets and Michael Jackson’s ‘Thriller’ re-enactment to name a few. Can we expect the same from his mentee, Tony Bange?

DESIblitz wishes Tony Bange all the best for his future as a professional boxer.

You can find out more about Tony Bange, and his upcoming fights through his Facebook page (Tony Bange)