Mahesh Bhatt called himself a ‘Bast**d Child’ in Interview

In an interview, Mahesh Bhatt opened up on his life growing up and shockingly called himself a “bast**d child”. He also spoke about family.

"I am the bast**d child of a single Muslim mother"

In an interview, Mahesh Bhatt opened up about his childhood and his parents. He revealed that he had a troubled life growing up without a father.

Mahesh also spoke about his relationship with his son Rahul.

The filmmaker opened up about the absence of a father figure in his life.

He said: “But I don’t know what a father really is. I never really had one.

“I have no worthwhile memories of my father, therefore no idea of what a father’s role should be.

“I am the bast**d child of a single Muslim mother, of Shirin Mohammed Ali.”

Mahesh also admitted that he was never an ideal son that every parent wants. He explained that he was not good during his studies, could not get a job and his life was not perfect like everyone wanted.

He explained what changed: “But I came into my own when I stumbled upon my autobiographical idiom – where I got to say things the way I wanted to.

“To be able to talk about the ‘hidden’ things, about what I was embarrassed, about who I really was.

“So, all my dysfunctional relationships, beginning from my absent father, have helped me become who I am.”

Mahesh Bhatt went on to reveal more about his relationship with his son.

“There was a wound there… I left home when he was around three and he felt I had abandoned the family for another woman.

“And this was a grievance I couldn’t deny him because it was true. The father-son bond even though in tatters was never fully broken, so when the David Headley crisis happened, the family came together.

“Sunny (Rahul Bhatt) realised that the father he thought wasn’t there, had never really left.

“Slowly we began rebuilding our relationship and I urged him to use his anger against me to fuel his goals. And he managed to do that.” 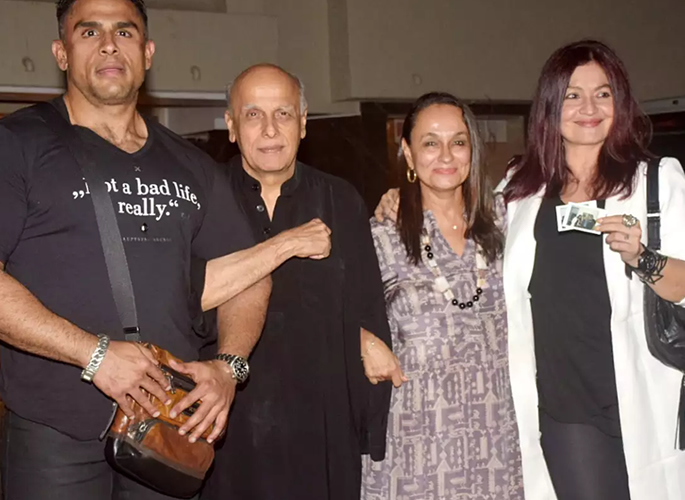 Rahul Bhatt had previously talked about his relationship with his father, claiming that Mahesh treated him differently compared to his siblings Shaheen, Pooja and Alia.

Rahul explained that his father never treated him “like his own child”.

Calling it the “raw and uncut truth” about their relationship, he stated that if he had a father figure in his life, he would not have befriended David Headley.

Headley was an American terrorist of Pakistani origin who is serving a lengthy sentence for his role in the plotting of the 2008 Mumbai attacks.

According to Headley’s testimony, he claimed that he was fond of Rahul and warned him not to visit the South Mumbai area on November 26.

On his childhood, Rahul also expressed his insecurities of lacking a mature figure by his side while growing up.

He said that Headley mended the gaps in his life and had won Rahul’s confidence. Claiming that he was vulnerable, Rahul said that his father never guided him.

Rahul alleged that Mahesh always treated him like a curse, comparing his life to that of Andy Garcia’s onscreen character in The Godfather Part 3.

Rahul said that being ill-treated by his father has made him grow into a “better person”.

Stating “what doesn’t kill, makes one stronger”, he admitted that he was full of “resentment” and “anger” when he met Headley.

Rahul is a fitness trainer and TV personality. He was a contestant on the popular reality show Bigg Boss 4, however, he was evicted on Day 34.

Dhiren is a journalism graduate with a passion for gaming, watching films and sports. He also enjoys cooking from time to time. His motto is to “Live life one day at a time.”
‘Bigg Boss 14’ premiere Date Announced
Anushka Sharma flaunts Her growing Baby Bump