Kangana Ranaut accuses Mahesh Bhatt of trying to Attack Her

Actress Kangana Ranaut has accused producer Mahesh Bhatt of trying to assault her in a fit of rage after she turned down his film, Dhokha.

"He threw a chappal. Two people took him inside.”

The film follows the story of a woman who is suspected to be a suicide bomber after she was subjected to brutalities by the police.

According to an interview with Republic TV, Kangana candidly spoke about being launched by Mahesh Bhatt’s production, Gangster (2006). She said:

“Well, I am grateful but that does not give them the right to call me mad and psychotic and throw chappals at me. Mahesh Bhatt threw a chappal at me.”

Kangana Ranaut has worked with Mahesh Bhatt for two films including Gangster (2006) and Woh Lamhe (2006).

After this, Mahesh invited Kangana to his editing studios and offered her another film – Dhokha (2007). 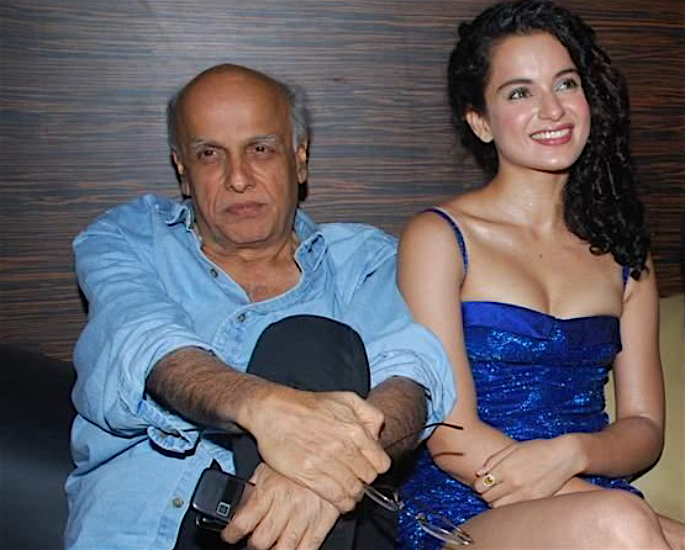 However, Kangana did not approve of the storyline of the film because she believed it depicted the “heroism of a suicide bomber.” She added:

“You can join the army or police. Why do you have to become a suicide bomber? I said no to that film.”

This rejection was allegedly not taken well by Mahesh who flew into a fit of rage and “yelled” at Kangana. She explained:

“He was literally about to come on to me like he is going to beat me or something.”

Kangana continued to mention that Mahesh’s daughter Pooja Bhatt stopped her father in his tracks. She said:

“His daughter held him back and said, ‘Papa, don’t.’ I escaped somehow.”

Kangana Ranaut also went on to speak about the slipper incident which occurred during the trial of Woh Lamhe (2006).

The actress explained that Mahesh refused to allow her to attend the screening of her own film. She revealed:

“He came to the main gate of the theatre and he chased me out. He yelled at me.

“I was still trying to sneak in because I wanted to see my film. He threw a chappal. Two people took him inside.”

Kangana Ranaut further likened the film industry to the mafia. She said:

“Why can’t I say no if I want to? These people are still in the hangover of the mafias, that ‘bhai ko mana nahi kar sakte’ otherwise you will be shot dead. That needs to end in this film industry.”

Ayesha is an English graduate with an aesthetic eye. Her fascination lies in sports, fashion and beauty. Also, she does not shy away from controversial subjects. Her motto is: “no two days are the same, that is what makes life worth living.”
Is Bollywood’s Allyship Hypocritical to Black Lives Matter?
Govinda says ‘Four or Five people Dictate’ Bollywood