Dolce & Gabbana (D&G) have made their mark on the streets of Pakistan by giving the traditional rickshaw a fashion makeover.

The Italian fashion house have been touring Milan since mid-May 2015 in a ‘Beauty-on-the-go’ rickshaw to promote their new cosmetic collection.

Whilst such a sight may be considered as rather orthodox in Pakistan, it is turning heads in Italy.

Trading their Vespa for the three-wheeled drive, the fashion brand have used their customised rickshaw to give out cosmetic samples from their latest collection.

The Sicilian handcart has had makeup experts advising passers-by on all things beauty. Its pop-up counter also offers free on-the-go makeovers for those who want a professional touch.

Announcing its arrival on social media, D&G are using the hashtag #DGBeautyOnTheGo to update the public on the rickshaw’s movements.

A pop-up route and consistent photo documentation can also be seen on the official D&G Facebook page.

The project has received mixed reactions across social media, mostly because truck art is seen as a quintessential part of Pakistani culture.

Whilst fans of the fashion brand have embraced this innovative concept, some are not too impressed by the D&G ‘invasion’. 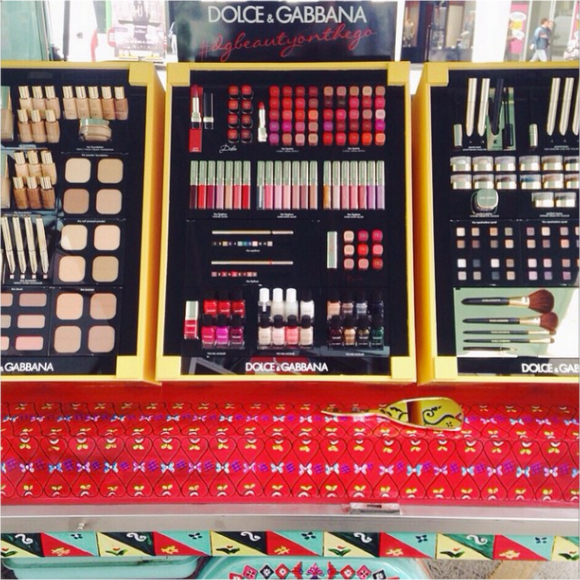 Another user @RACreationz felt the design was a celebration of the Asian culture as well: “Even D&G love truck art! Pakistani truck art takes over streets on Milan! #DGBeautyOnTheGo.” 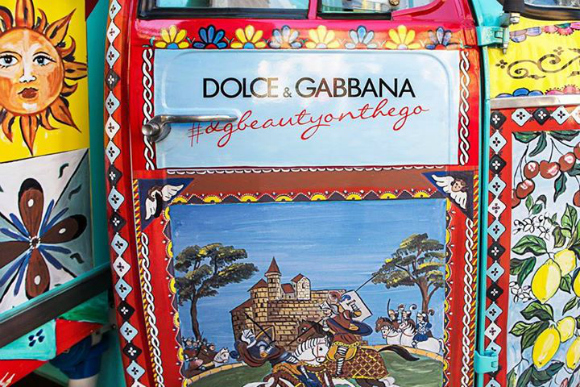 It seems this fusion of beauty and culture has caused quite a stir and will probably continue to do so, as it will run throughout the summer.

D&G’s rickshaw-style shop is expected to wrap up its promotional journey in October 2015.