Akshay Kumar has revealed plans to launch a signature clothing line on Best Deal TV. But fans have reacted differently to the price of a casual t-shirt.

"I can get Wrangler or Flying Machine just for 699. Sorry no."

Akshay Kumar has announced on social media the launch of his new clothing line on Best Deal TV, his co-owned online home-shopping channel.

The Baby (2015) star revealed the exciting news in an image of himself dressed in a salmon coloured t-shirt and khaki shorts, inscribed with the label ‘AK’.

Akshay charmingly engaged with his fans by asking for their opinions about the pricing of some of the items in the upcoming AK range.

The Bollywood star openly negotiated the line’s affordability, proposing whether his fans would be happy to pay Rs 999 (£10) for the salmon t-shirt.

His followers mostly welcome his move into the fashion industry, as user Reemisa said: “With your name brand, I’m sure Rs 999 is nothing. Good luck.”

But a handful highlighted his pricing is out of reach. User huggy_bear_15_ wrote: “It’s slightly too much.. Make it in the range of 500 to 600 or something.”

Another comment came from Suhail Khan on Facebook: “I can get Wrangler or Flying Machine just for 699. Sorry no.”

Nevertheless, Akshay distinctly assured his fans the clothing line will be ‘pocket friendly’. Once launched, the company will take phone orders from Best Deal TV and deliver to homes throughout India. 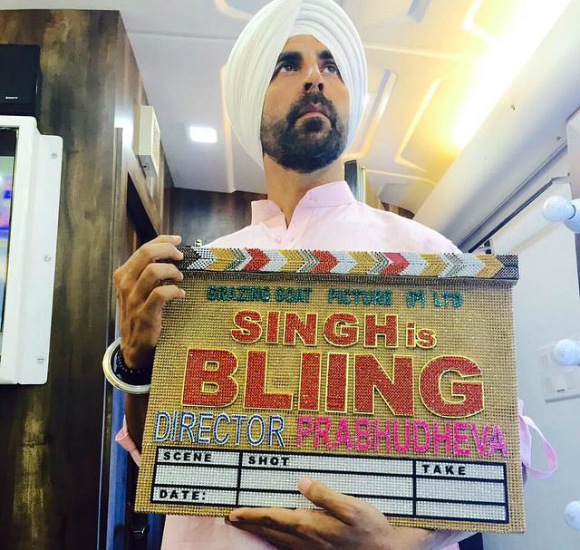 The action movie star will join other Bollywood celebrities in his fashion venture, such as Sonam Kapoor and Salman Khan.

AK clothing looks to be a huge success, as Akshay has already proven his business acumen with the ‘Fat Kumar Burger’ chain, ‘Pure Wonder Kumar’ vodka and ‘With Love from Akshay’ perfume.

Of course, Akshay’s calibre and devout flock of fans will also be a big help!

While we eagerly await its highly-anticipated launch date, Akshay will be busy shooting his upcoming film Singh is Bling (2015), set to be released in October 2015.