Celebrated Punjabi chef Romy Gill talks exclusively to DESIblitz about her passion for South Asian cooking and building a successful business from scratch.

Eating well is important to the Romy Gill school of thought

Romy Gill is a unique chef.

Swapping authenticity for invention, tradition for health, she has made a name for herself as an ambassador for healthy eating and a distinctly Brit-Asian take on South Asian cuisine.

Having opened her first restaurant, Romy’s Kitchen, in 2013, Romy has gone on to dominate the cooking demonstration scene.

With an unusual approach to South Asian cuisine, Romy Gill has embraced the Brit-Asian connection to create incredible dishes that hark back to two wildly different cultural backgrounds.

In an exclusive Gupshup, DESIblitz talks with Romy about her personal history with South Asian cuisine and her zeal for cooking. 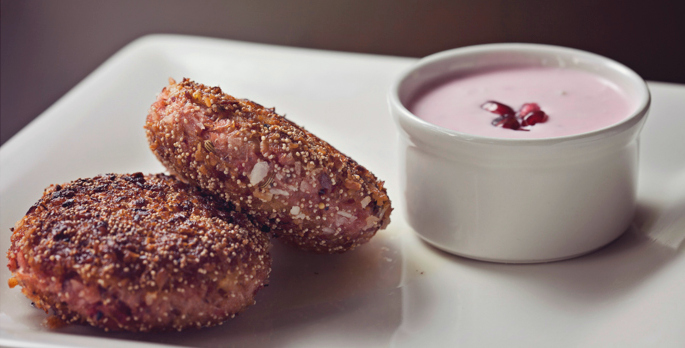 While Punjabi born, Romy grew up in Burnpur, West Bengal, which is where her passion for cooking first blossomed.

Her father was a huge influence in her life, and regularly introduced his children and family to many different types of cuisine from a young age:

“It was a passion that was there and because I ate different kinds of cuisines, I always wanted from a young age to go into the hospitality industry. My dad wasn’t very keen on it,” Romy explains.

At the time with the limited presence of women chefs in the food industry, Romy’s dad believed that the profession would not be a right fit for her daughter.

Bengali cuisine is heavily agrarian, relying on crops and livestock grown in the region has a number of European influences, especially French and Dutch, and is one of the only regions to feature a French-style multi-course tradition.

Due to its geography, freshwater fish features heavily in Bengali cooking, as a number of varieties can be found in the delta of the Ganges, or Western Bengal’s numerous lakes and ponds.

Romy came to the UK in 1994, at a time when authentic Indian recipes and many of the ingredients she was used to in Burnpur were rarely seen in British curry houses and markets.

While a number of ingredients were unavailable, Romy now had access to many foodstuffs she had never experienced before. From there she started to experiment with what she called ‘Anglo-Indian’ cuisine.

“When I moved to the UK, it was always in the back of my mind that I wanted to go into this industry. I just loved cooking. I think it is just a part of me that is intrigued with different cultures.”

From there she started Romy’s Kitchen in 2008, formalising her cookery classes and producing her own range of chutneys, sauces and spice mixes which she still sells in her restaurant.

Her renown has led to her performing cooking demonstrations at food festivals across the UK, and overseas at festivals in Abu Dhabi and the Varli Food Festival in New York.

Romy has also shared kitchen space with other renowned chefs like James Martin and Tom Kerridge and Ken Hom in the BBC Stars kitchen. 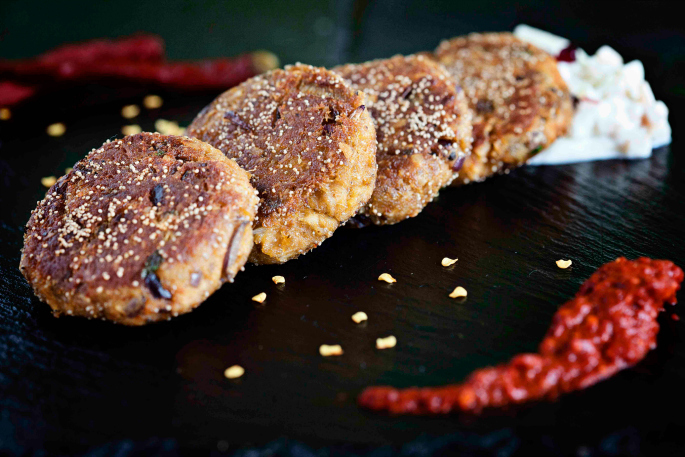 Combining the food from her South Asian roots with ingredients she was first introduced to when coming to the UK has given Romy’s recipes a uniquely Brit-Asian feel:

“For me, my cooking is not just one standard type of cooking. Whether it’s holidays or work, I always take [something] back to my restaurant and try to cook with it. It’s just a combination of different things really,” Romy says.

Eating well is important to the Romy Gill school of thought, opting for healthier alternatives to traditional ingredients, as a response to growing concerns over heart disease and diabetes in South Asian communities.

For example, swapping ghee for rapeseed oil is a simple alteration that doesn’t impact the flavour of a dish. Swapping refined sugar for date sugar allows those with a sweet tooth to enjoy desserts and sweets with a little less guilt.

A lot of her recipes are vegetarian, or feature fish. South Asia’s spice palate makes it easy to reduce the salt. Even changing the way you cook ingredients, roasting or cooking instead of frying, can make a huge difference to how healthy a dish is.

Small changes are easier to implement into a sustainable lifestyle, and can have a surprisingly big impact on your quality of life. 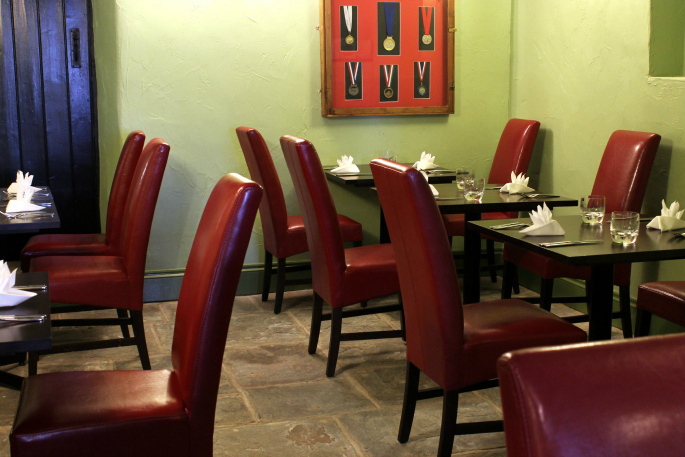 “My restaurant is not a curry house. It’s not ten pints of lager, korma, tikka masala or a balti,” Romy tells us.

Alongside staples like chicken and lamb, the make up of Romy Gill’s menus also feature fish, goat and even wild boar.

Romy feels that people in the UK are creatures of habit when it comes to meat, be it the animal of origin or even the types of cut we cook with, and that by sticking to those meats perceived ‘safe’, we are missing out on a wide range of exciting dishes.

But with the advent of television cooking shows and travel abroad, more people are becoming braver with the types of cuisines that they try:

Getting to the stage where she could open a restaurant was the product of years of work, and a lot of patience securing a business loan to finance the venture.

After multiple rejections it was Natwest’s Gloucester and Bath office that eventually helped Romy secure the loan that covered the start up costs for the restaurant.

Perseverance is a key element when it comes to developing a business, but Romy advocates a proactive and enthusiastic approach.

She admits that while she had “those moments where you are very low, and you’re very frustrated,” she remained committed to making her dream a reality.

So often budding ‘restaurantrepaneurs’ find themselves disparaged by rejection, which is the time when endurance and enthusiasm are most valuable. 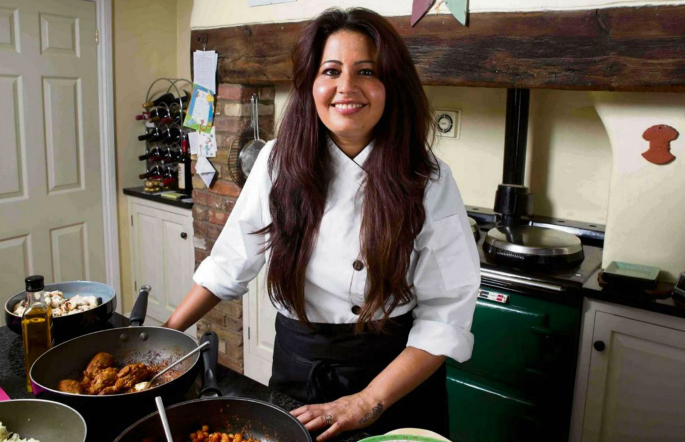 Her prowess as an ambassador for healthy eating and an atypical alternative to curry house convention, Romy was named in the 2016 Queen’s Birthday Honours list, and awarded an MBE for services to the hospitality industry.

Romy Gill is a talented Anglo-Indian chef who has opened up the tastebuds of many who visit her fantastic restaurant on a regular basis. Her delicious dishes are lovingly made, and her unique food oozes heart and soul.

Along with being the head chef of her restaurant, and providing cooking demonstrations at food festivals, Romy also writes for The Guardian, providing healthy authentic recipes.