Happiest Places to Live in the World

For centuries philosophers have pondered over the meaning of happiness. How do we define it? Released earlier this year, The World Happiness Report 2013 reveals the happiest places to live in the world.

Nordic countries have one of the best welfare systems in the world; a system that encourages equality.

When our forefathers emigrated halfway across the world from everything they knew in South Asia, what were they looking for? Prosperity? Happiness? A better life?

The promise of this ‘better life’ has compelled many to relocate in their crowds to ‘wealthier’ countries. Why? Perhaps the age old assumption that money leads to happiness, but does it really?

The World Happiness Report 2013 by John Helliwell et al of the University of British Columbia is only the second of its kind. It aims to set an international standard to measure the well-being of nations across the globe.

Economist Jeffrey Sachs states that: “There is now a rising worldwide demand that policy be more closely aligned with what really matters to people as they themselves characterise their well-being.” 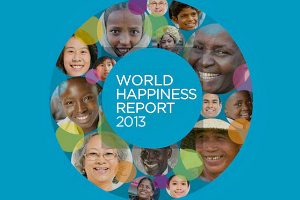 The report examines both governmental and personal dimensions to assess our happiness. It defines a number of positive and negative aspects that would affect our well-being.

These include freedom to make life choices, life expectancy and perceptions of corruption. The survey of 156 countries has allowed direct comparisons between countries to be made.

The results make for interesting reading. The report indicates that sustaining happiness is not solely an economic endeavour. If it was, you would expect the wealthiest countries to saturate the top ten.

However, the UK didn’t even make the top twenty; placing instead at 22. Mexico out-ranked their wealthier neighbour the USA – ironically, a land founded on the philosophy of ‘the pursuit of happiness’.

Perhaps not so surprisingly, Pakistan ranks at number 88, while India is at number 111.

The top ten happiest places to live in the world are:

You would be forgiven for thinking money leads to happiness; the foundation that many of our forefathers built their Western dreams upon. The majority of today’s political decisions focus solely on economics. 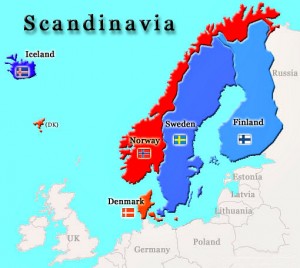 This further instils the idea that money leads to happiness. However, the study suggests that ethical, psychological and social factors are equally, if not more important in achieving happiness. If our forefathers knew this, would they still have moved to ‘greener pastures’?

British Asian, Ali said: “I have seen my father and grandfather work hard for our family business. From what I’ve seen it’s the money that causes the most arguments.”

So what is happiness? The polls were topped by Scandinavia. Five Scandinavian countries placed in the top ten and three in the top five. What makes this region so successful?

You might expect that the hostile and desolate conditions of a Scandinavian winter would be a recipe for misery and desolation. Certainly when it turns colder here in Britain, illnesses such as Seasonal Affective Disorder (S.A.D) become widespread.

Scandinavia’s success can be equated to a number of factors. One factor is trust. Nordic governments are transparent. Not like the muddied waters of our government. Their government works for the good of the people. A feeling of community and emphasis on civic duty is established as a result. 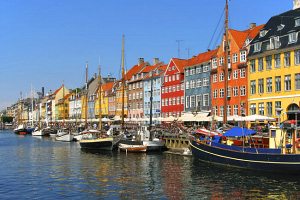 Nordic countries also have one of the best welfare systems in the world; a system that encourages equality. Although no country has reached total gender equality in business yet, Nordic countries are closest to this utopian ideal. Women can be found in many positions of power.

Education is free. This allows individuals to reach their potential regardless of social class. This liberates individuals from a class struggle and the negativity and jealousy associated with it.

When it comes to parenting, countries such as Denmark do not propagate the idea that it is the mother’s job to stay at home. Instead the government gives 52 weeks of ‘parental leave’. Parents have the ability to return to work easily because day care is free or low-cost.

Citizens feel part of society because they are not excluded from society for being a parent. This ‘pulling together’ increases altruism and generosity, a factor that has been proven to increase happiness. Unlike the UK, people are not arguing over who gets the most benefits because everyone benefits.

Equality in both gender and education lead to increased autonomy. Individuals are able to make their own life decisions unhindered by stereotypes and policies.

This relieves a lot of tension. For example, in Scandinavia, mothers don’t have to make a choice between their career and family, they are accepted back into society with open arms.

So what is happiness? One individual believes: “Happiness is appreciating the simple things in life…it’s being at peace with who you are.”

The meaning of happiness is indefinite. It is both an emotion and an evaluation of our well-being. However, as we can see from the richest countries, the pursuit of wealth only leaves us wanting more.

Inevitably this leads to greed; threatening our psychological well-being and the social cohesion within our nations and societies.

Over the last few years it has become increasingly apparent that money and the class division it creates threatens our social stability. Take the UK riots of 2011 as a bold reminder of this. We should learn from our forefathers.

Britain may have brought them wealth and prosperity but did it bring them true happiness? The argument over what happiness is needs to let economics take a back seat and look at well-being through an ethical lens.

Equality, transparency and autonomy lead to stable nations; nations that The World Happiness Report 2013 show as being the happiest in the world. Materialism leads to greed. Greed leads to jealousy. Jealously leads to despair.

Jacqueline is an English graduate who loves fashion and culture. She believes that the best way to learn about the world is to read and write about it. Her motto is “Logic will get you from A-Z. Imagination will get you everywhere.”
Top 5 Games of 2013
The Console Wars ~ PS4 v Xbox One