7 Places You Must Visit in Bangladesh

The best holiday destinations are the ones with luxury at low costs like Bangladesh. DESIblitz brings to you, adventure and life in the heart of South Asia.

This palace was built in the vision of Prince Mohammed Azam who was one of the sons of a fearless emperor.

If you have never visited Bangladesh, it is definitely one country worth considering seeing. There are places to visit in this South Asian country which have a tremendous amount to offer for visitors.

Bangladesh is a land surrounded by mountains that are almost sky high, historical architecture and waterfalls beyond imagination. There are exotic nature gardens and heartwarming garden palaces the eye can never unsee.

Each location is a must for die-hard travellers, there are even hidden gateways to be enjoyed by newlyweds for a memorable honeymoon. Not to mention theme parks and zoos for an adventurous family outing.

These tourist approved locations are perfect for western travellers as they are located near luxury hotels and restaurants.

DESIblitz explores through the various locations and brings to you seven places you must visit in Bangladesh. 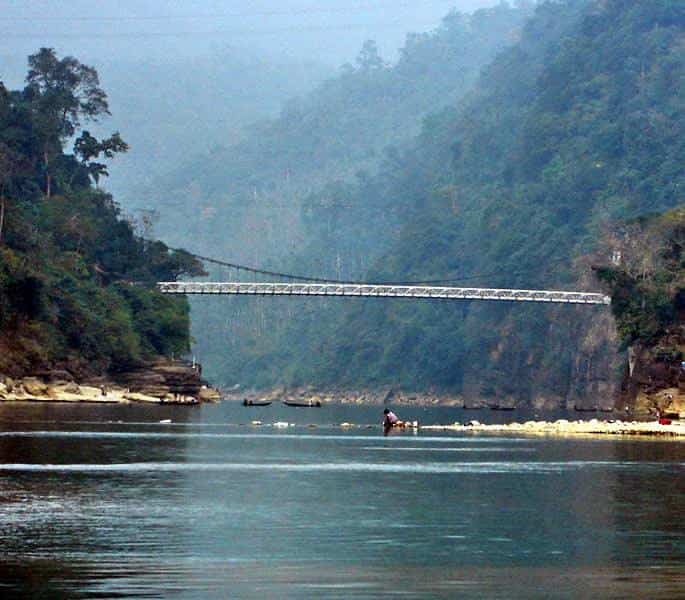 Jaflong is the honey-moon haven for the newlyweds but also an escape for couples looking for relaxing, nature-filled scenery. Located in the second city of Bangladesh, Jaflong has been given a 4-star rating and has so much for travellers to explore.

As a starter, there is the Mayabi Falls which is also referred to as the Songram Punji Waterfall. In the daylight, the non-stop streams of water falling with no end are mesmerising.

The waterfall is guarded with a rock structure and a roof of greenery giving colour and life to the entire surrounding. Connected to it all is a flowing lake.

Within the lake, travellers can enjoy a smooth journey in handmade local boats which float along the lake. A great way to inhale the fresh air, the blue water and the calming sky.

For non-water lovers, there is a vast amount of greenery such as the unmissable tea garden which is a major tourist attraction and cherished by the locals.

But most importantly, when night falls, the whole of Jaflong transforms its self into something new and beautiful. 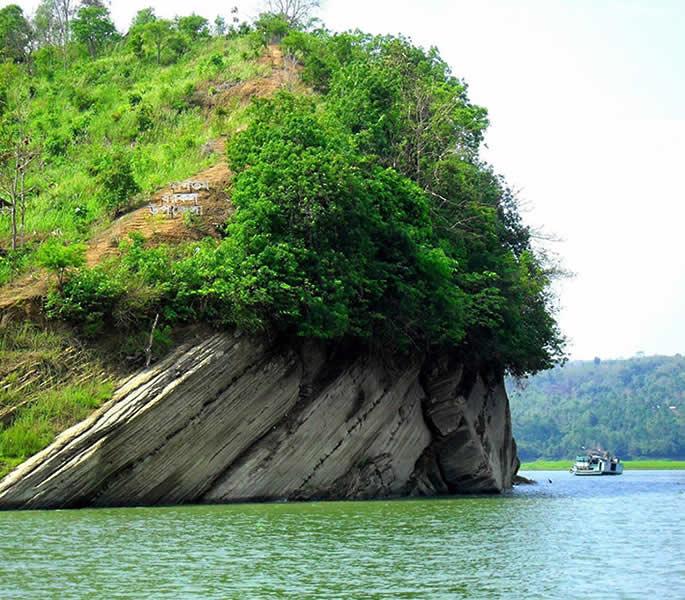 Rangamati is situated in the district known as Chittagong, a place thriving with culture and tourism. Hidden within, lakes of many sizes including the famous Kaptai Lake.

Kaptai Lake was designed and created for tourists. The lake resembles an island with mountains on both sides. Which provides the attraction with a balance.

Kaptai Lake has been named one of ‘Bangladesh’s largest man-made lakes’.

To enjoy pure nature to your heart’s content, take a ride on an engine geared boat which will take you along the lake and let you capture the scenery.

There are many places to visit and tour near the area, the options are endless and there is something for everyone to enjoy.

Such as the Kaptai National Park which is said to attract over 50,000 people every year due to its immense popularity and beauty. The park is filled with wildlife such as Elephants and monkeys.

A wonderful place for the little ones, the national park has a picnic spot which is a great way to finish the day. 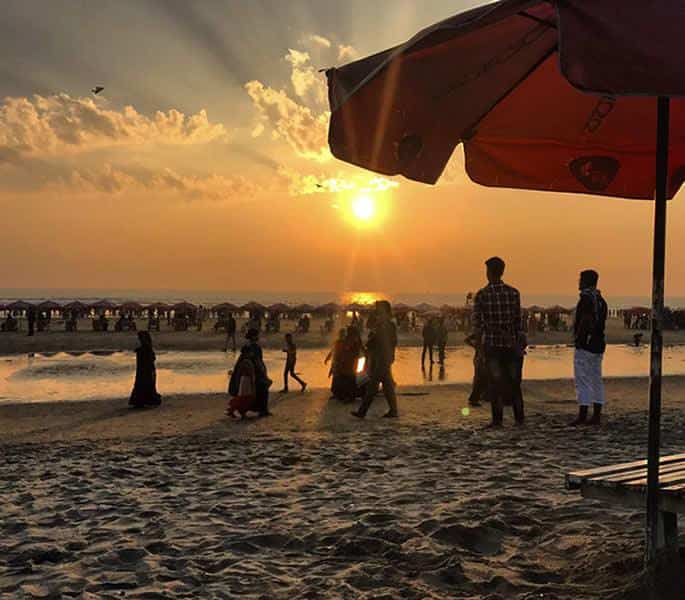 Sometimes, with hot weather we just need a simple place to relax alone or with friends. Simplicity carries its own luxuries and Laboni beach is perfect.

This beach is located in the notorious holiday destination known as Cox’s Bazar. Cox’s Bazar is surrounded with an array of attractions to explore with the family.

Among them is this beautiful beach, the beach attracts people in large sums all year out thanks to the long summers and warm seasons.

According to the World Atlas, Laboni Beach is considered to be one of the worlds ‘longest sand beach’.

Laboni Beach is guarded with local police to protect tourists but the beach is not in any way considered dangerous. There are always locals and tourists in the area so the place is never silent, even in nightfall.

The younger generation, especially those who are hesitant about travelling to non-western like countries often compliment Cox’s Bazar and it’s attractions.

Many pay repeat visits to the beach, often booking into hotels nearby, some which are fully equipped with pools and western style facilities all at incredibly low prices.

These hotels will definitely be a win with the kids and let you have a relaxing day out with the entire family. 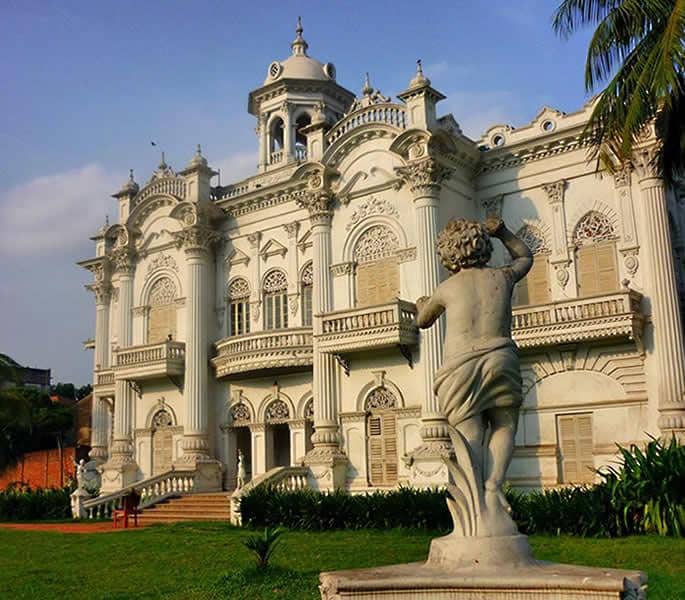 The Rose Garden Palace carries a lot of history in Old Dhaka. To the local people, the palace is also referred to as Humayun saheber bari. The name is a reference to the owner of the building.

Other sources suggest the building was initially built for a well known ‘zamindar’, a given name to landowners known as Hrikesh Das.

The garden palace to this today remains one of the more visually attractive and historically beautiful attractions in Bangladesh. This precious palace and garden reside in the area Tikatully of Old Dhaka.

The building has artistic patterns and designs carved within and is accompanied by various statues. The architecture does resemble an old-fashioned British mansion.

Once through the gates, visitors are welcomed with nature and greenery in its most grand form. The eye is just exposed to pure luxury.

There are countless tropical trees, exotic flowers and a scene of calm. 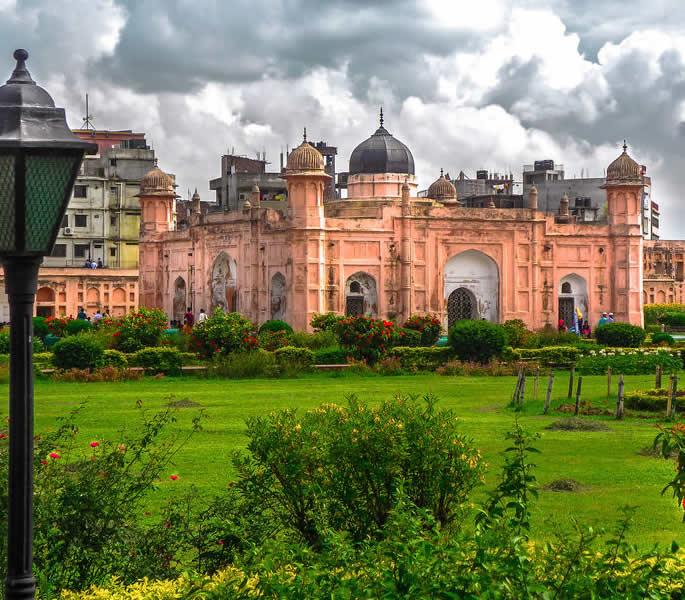 Lalbagh translates to ‘red tiger’, the fort is a red building of precious history in Bangladesh and is directly connected to royalty.

This palace was built in the vision of Prince Mohammed Azam who was one of the sons of a fearless emperor.

The building is one of the rare historical perfections in Old Dhaka. The dome structures give off a magnificent view which is similar to the Taj Mahal.

Visitors and travellers indulge in the treasures within the building which has been turned into a museum of art and rare artefacts of earlier centuries.

According to sources, the building is a mystery with several gateways within the fort.

However, it is known that the fort contains the tomb of Bibi Pari, a princess and wife of Prince Mohammed Azam.

The Lalbagh Fort has set opening and closing times, visitors are required to pay a small entry fee. Which is definitely worth the treasures and secrets to be discovered. 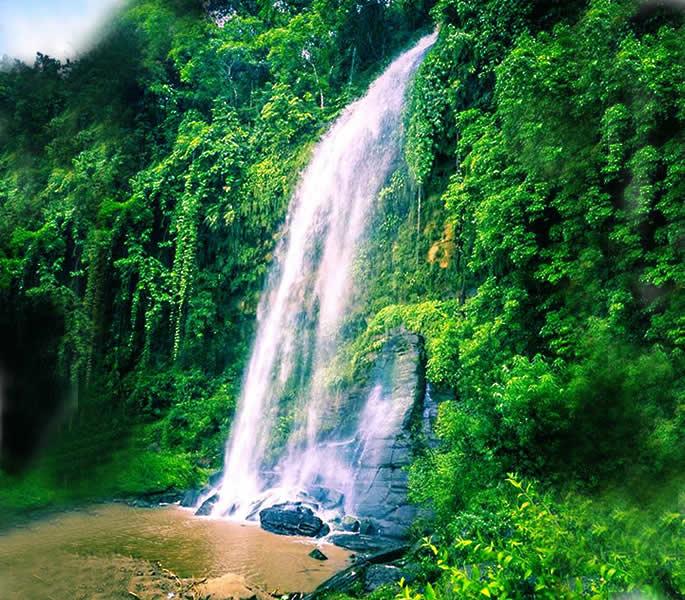 If you ever find yourself in Chittagong, be sure to visit Bandarban where you will be enamoured by the Jadipai Waterfall.

Open to all, this gushing waterfall is so surreal and a tourist must see due to its popularity.

Travellers can easily access the waterfall via cars or use public transport if they are visiting from nearby cities.

To capture the true beauty of the waterfall, it is best to visit in the rainy seasons as the flowing streams become magnificent.

Some locals and tourist enjoy standing in the streams as it relaxes them. While others watch the streams from afar and let the waterfall captivate them.

On certain days, a rainbow can be seen appear right across the streams of water, making the water glow.

Nearby there is an amazing sea green lake which many like to enjoy by taking a quick dip. A wonderful place to gather with friends and family. 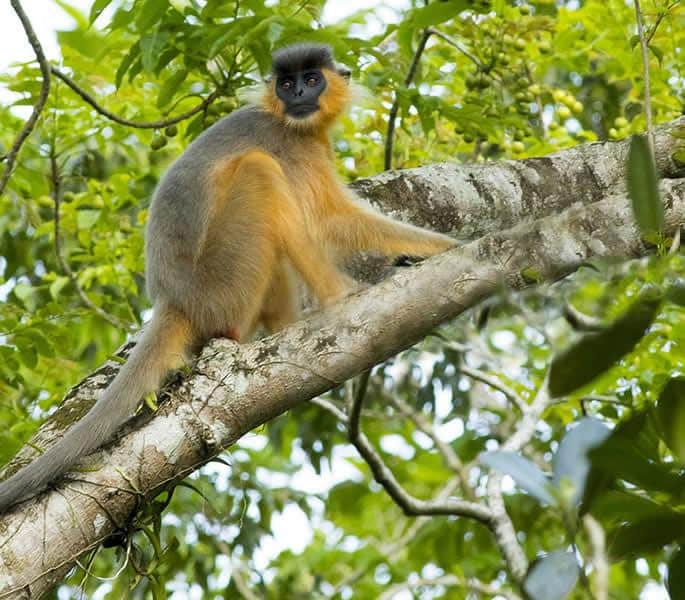 Located in Sreemangal in the city of Sylhet, Lawachara National Park is a beloved destination to the local people.

This national park is like no other, it has great agricultural space for tea and paan leaves and so much more.

The park resembles a tropical escape. With sky-high trees from different parts of the world.

Lawachara National Park is protected as it is home to rare and unique animals as well as the famed Bengal Tiger. Followed by an endangered species known as the hoolock gibbon.

The park can be an educational and adventurous experience for families with small children as it large in size and is surrounded by nature.

Also, a great place to wander alone, a place to lose yourself in your thoughts while walking in the depths of the green forest.

For an extended visit, there are a variety of hotels local to the park.

These are some of the many treasured and precious places in Bangladesh. Each location always has something around the corner to explore and enjoy.

With places like Sylhet, Chittagong and Old Dhaka, you can have a unique experience without the costly prices.

If you ever find yourself looking for a warm holiday destination or a quick getaway, Bangladesh is definitely the place to go.