Several women from India have won gold medals at a global level. We present the 5 best Indian female world champions in different sports.

“I am really very happy. I have waited for this victory"

When it comes to the global level, there have been a few Indian female world champions across a variety of sports.

Women have clinched gold at various championships and competitions in their respective individual or singles events.

These Indian women became champions of the world at different levels. This includes wins at junior, amateur and senior tournaments held worldwide.

Some of these Indian female world champions made history, with them being the first from their country to achieve amazing feats.

Badminton star PV Sindhu is one of the Indian athletes to register a historic win on the highest stage from a world perspective.

We showcase 5 amazing world champions from India who made it to the top in their respective sports. 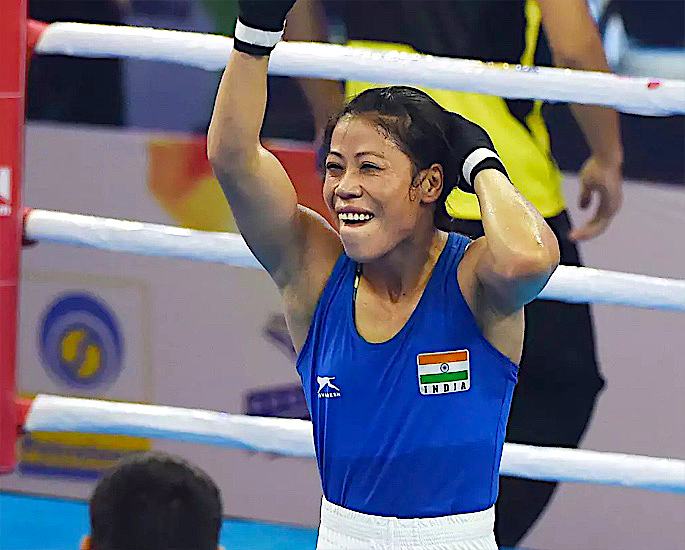 Mary Kom is one of the most inspirational Indian female world champions at the boxing amateur level. In fact, Mary is a multiple champion, winning the World Amateur Boxing Championship six times.

Mary had a further two gold medals under the Light flyweight category. She was victorious a the 2010 Bridgetown and 2018 New Delhi World Championships.

As a result, she became the first woman in boxing history to clinch six World Championships. After her sixth triumph she was unable to control her tears as she had a special message for her fans and India:

“Thank you for your love and support. I don’t have anything to give except for a gold medal to the country.”

Mary Kom has certainly given a big lift to Indian women’s boxing, influencing many youngsters along the way. 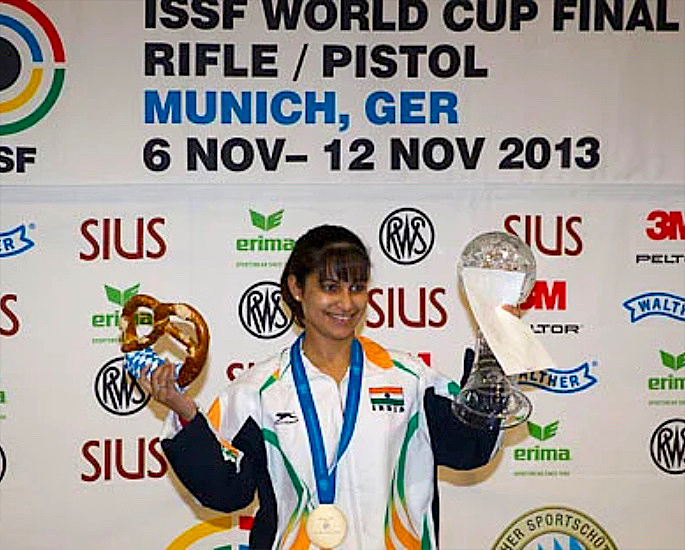 Heena Sidhu is a big name in the shooting world. She is one of the most popular Indian female world champions.

The event was featuring most shooters from across the globe.  However, Heena went on to accomplish glory, scoring 203.8 points.

Her final tally gave her a five-point lead. This was enough to push defending world champion Zorana Arunovic (SRB: 198.6 points) to second place.

Victoria Chaikaof (UKR), the world number two at the time had to settle for the third spot, finishing with 176.8 points. She was on the cover of the ISSF journal, courtesy of her striking gold.

At the time, the ISSF magazine gave their reasoning for placing her fresh face:

“Young and upcoming athletes like her are the future of Shooting.”

Their motivation is the power that will move their sport towards Rio 2013,”

This was the first time occasion that an Indian shooter had featured on the front cover of the International Shooting Sports Federation Journal. 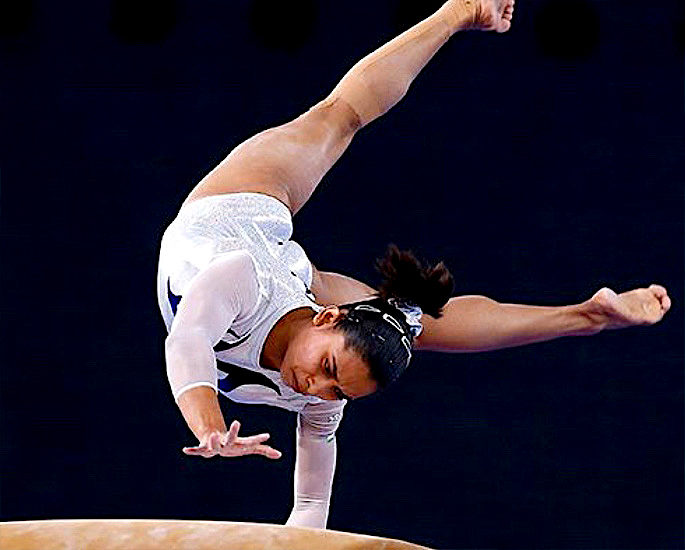 Dipa Karmakar is a top gymnast from India in the artistic discipline. She is one of the best Indian female world champions in a difficult sport.

She became a world champion in the vault event. Dipa ended as the winner with a total average score of 14.150.

It was her second attempt that saw her coming in the first position. She went to score 5.600 in the difficulty department, with 8,600 for execution.

It was a remarkable performance considering she was out with an injury for virtually two years.

“Back with a bang and a gold medal #DipaKarmakar is the stuff champions are made of!

“After battling an injury for the past 2 yrs, she makes a heroic comeback by clinching her first gold medal in the Gymnastics World Challenge Cup in Turkey!

“Many Congratulations to her for making India proud!”

Earlier, she was conferred with the 2015 Arjuna Award by the President of India for Outstanding Performance in Sports and Games. 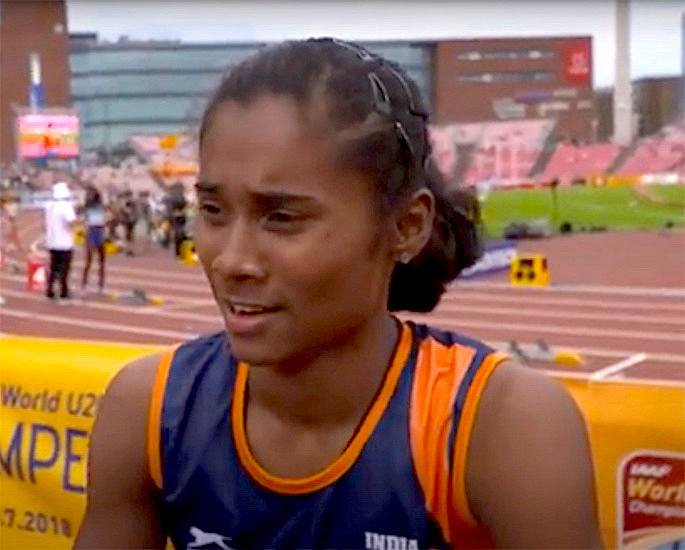 Hima Das is one of the most popular Indian female world champions at the youth level.

She put her name in the history books after becoming the first woman to claim gold at the 2018 World  Athletics U20 Championships.

The pre-event favourite who was eighteen crossed the line in the 400 meters at 51.46 seconds.

The Indian camp went wild celebrating the success of Hima. The Dhing born sprinter had a good lane in number four.

At the final bend of the race, Hima was still playing catch up to Andrea Miklos.

However, with so much left in the tank, she went on to produce a final flurry to cross the finishing line comfortably ahead of the other athletes.

As per the norm, Hima was fast and furious at the final 50 meters. After the race, a delighted Hima acknowledged all her well-wishers:

“I am very happy to win the gold in the World Junior Championships.”

“I want to thank all the Indians back home and also those, who were here cheering me. It was very encouraging to have this kind of support.”

On September 25, 2018, she was honoured with the prestigious Arjuna Award. 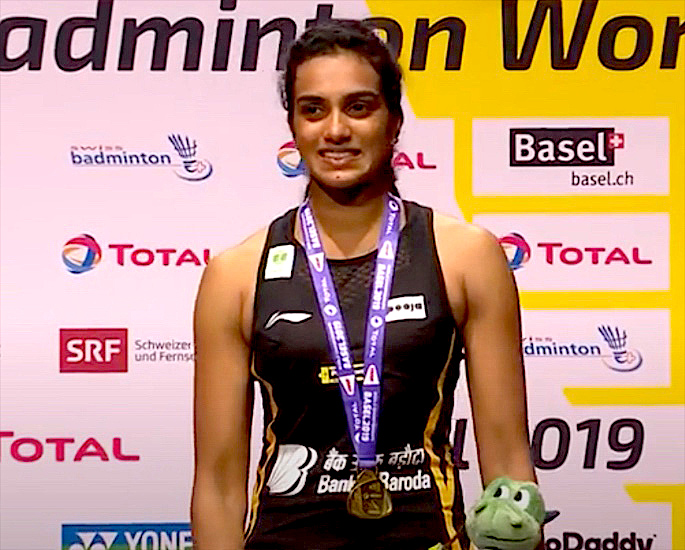 PV Sindhu is an ace badminton player from India. She is one of the most famous Indian female world champions.

Sindhu made history when she became the first Indian to win the Badminton World Championships in 2019.

She finally won India its first gold in the women’s singles at the World Championships with an almost flawless performance against Nozomi Okuhara (JPN).

The final scoreline was 21-7, 21-7 in favour of Sindhu. After her victory, Sindhu was virtually speechless as she told the media:

“I am really very happy. I have waited for this victory and finally, I have become a world champion.”

It was definitely her perseverance that made her a world champion.

All the aforementioned Indian female world champions have certainly made their country proud. Their achievements are quite phenomenal, considering they were up against the very best.

These Indian female world champions will no doubt inspire many future generations to take up sports and successfully follow in their footsteps.