What once used to be a male-dominated sport, is now taken up by women worldwide. Here are the best weightlifters you need to know.

The future of women’s weightlifting is bright.

Weightlifting is an athletic discipline where athletes, both male and female, try to lift the maximum weight possible.

While most other sports test the stamina and strength of a player, weightlifting tests the limits of the explosive power of the human body.

And here, DESIblitz counts down the top 10 best female weightlifters in the world.

While this is one of the most demanding and challenging sports in sports history, it is also very popular among fitness enthusiasts.

There was once a time it used to be a male-dominated sport, but now it is taken up by women.

Let’s check out these unique, strong, and inspiring sportswomen. 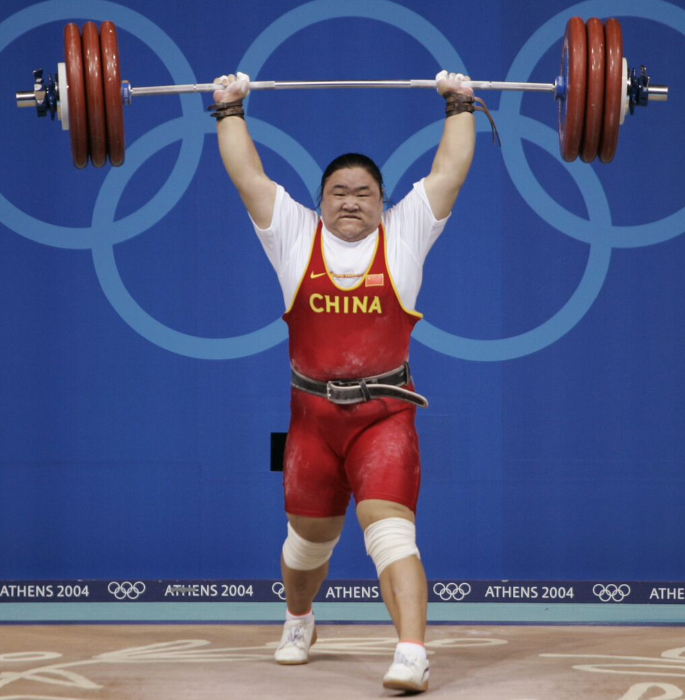 Tang Gonghong is a Chinese weightlifter who competed in the 2003 Afro-Asian Games and the 2004 Summer Olympics.

Millions of Chinese people watched her unbelievable performance on television and were impressed by Tang’s power.

However, Tang was warned by her doctor when she was back in Beijing that her high blood pressure might end her weightlifting career.

Tang said: “I felt light-headed in Athens and the doctor advised I should have a good rest after the Games, so I returned to my hometown in Shandong province and turned down most of the invitations for social activities except this one.” 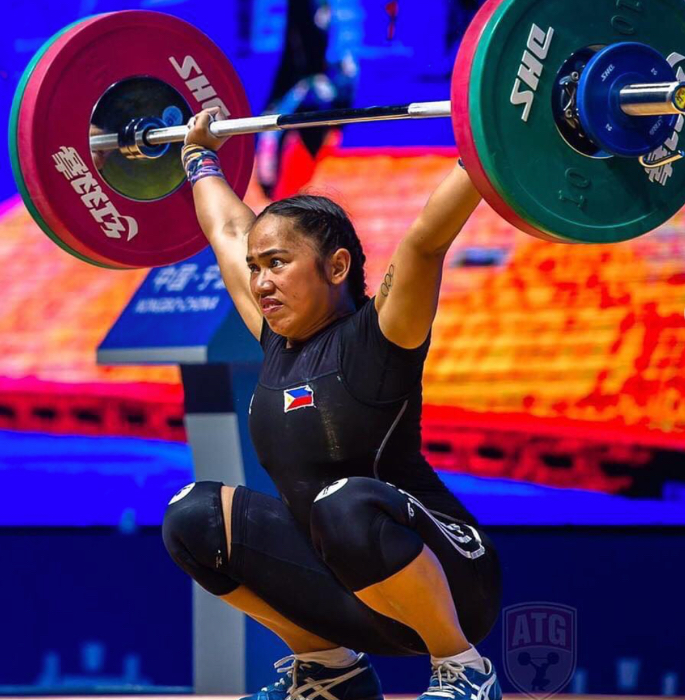 Hidilyn Diaz, the first gold medal winner for the Philippines, has shown no substitute for hard work.

She first made her appearance in the Olympics in 2008. Unfortunately, the performance during the first Olympics was abysmal.

Diaz came in second last out of 12 participants. However, her performance during the next Olympics was slightly better as she earned the ninth position.

The Philippines gold medallist surpassed her expectation when she earned a silver medal during the 2016 Olympics.

Further, Hidilyn is the only weightlifter athlete to participate in the four Olympics.

Finally, she won the gold medal in the 2020 Tokyo Olympics in the featherweight category. 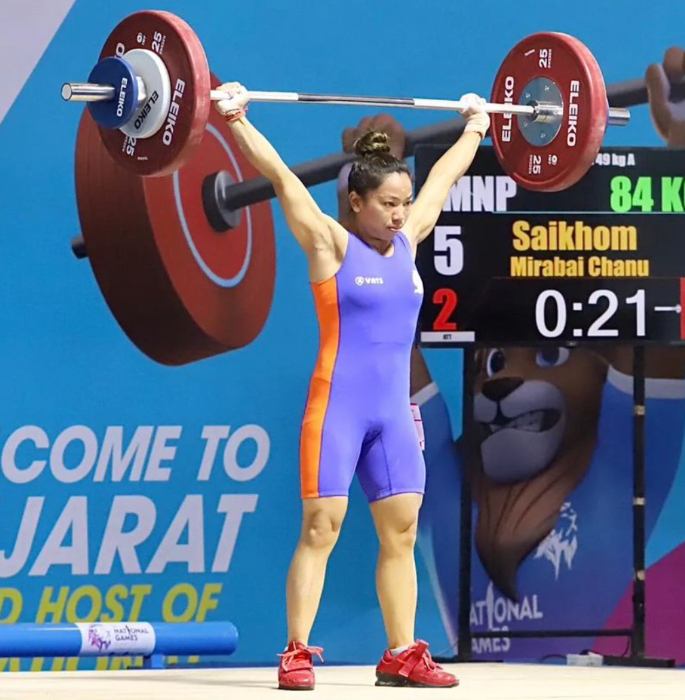 She lifted a total of 201 kg to win the Gold Medal which was also India’s third medal at the Commonwealth Games 2022.

She won the silver medal at the 2020 Tokyo Olympics in the Women’s 49 kg category.

She was awarded the Padma Shri by the Government of India for her contributions to the sport.

The Indian weightlifter was also awarded the sporting honour Major Dhyan Chand Khel Ratna by the Government of India in 2018. 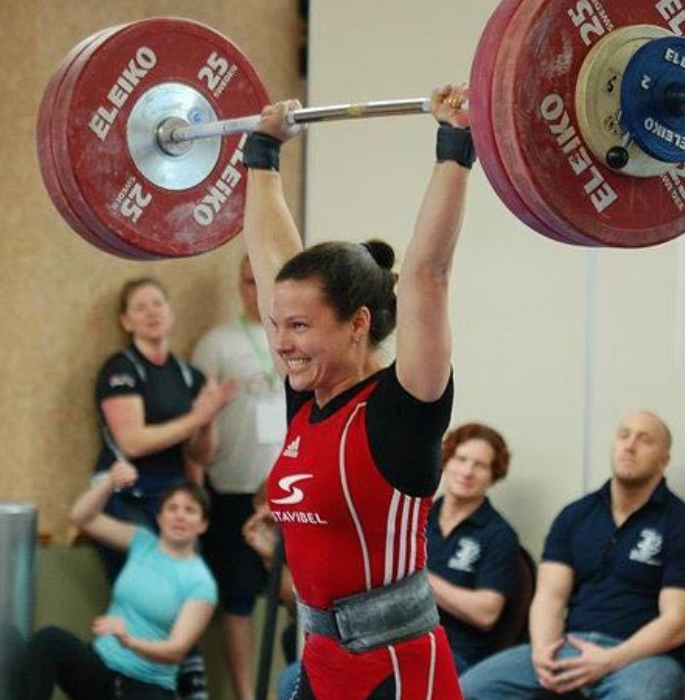 However, most of the female athletes in weightlifting are from Asian countries. Christine is an exception to the trend.

Christine’s story of the Olympic gold is a unique one. In the 2012 Olympics, she achieved the third position.

However, in 2016, the gold and silver medallists of the 2012 Olympics were found using an illegal substance to enhance their performance. So, after four years, she earned a gold medal.

But, she has shown her impressive performance in the Commonwealth Games by earning gold and a silver medal.

The 5 ft 3 inches tall gold medalist of the 2011 Pan American tournament sets a record at clean and jerk for a middleweight. 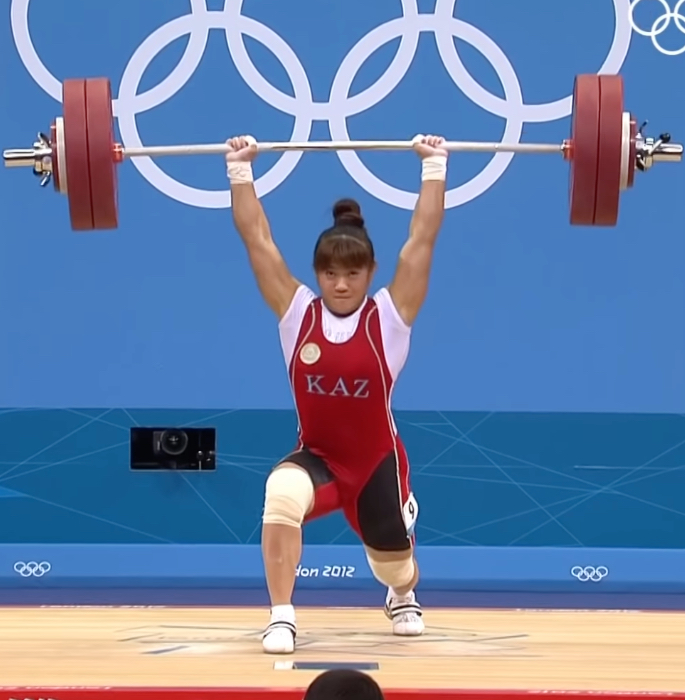 She initially won the gold medal at the 2012 Summer Olympics in the 63 kg category by lifting a combined weight of 245 kg and set a new Olympic record in the process.

She was later stripped of her Olympic medal after a failed drug test.

The government of Kazakhstan rejected this claim and accused China of “poor sportsmanship”. 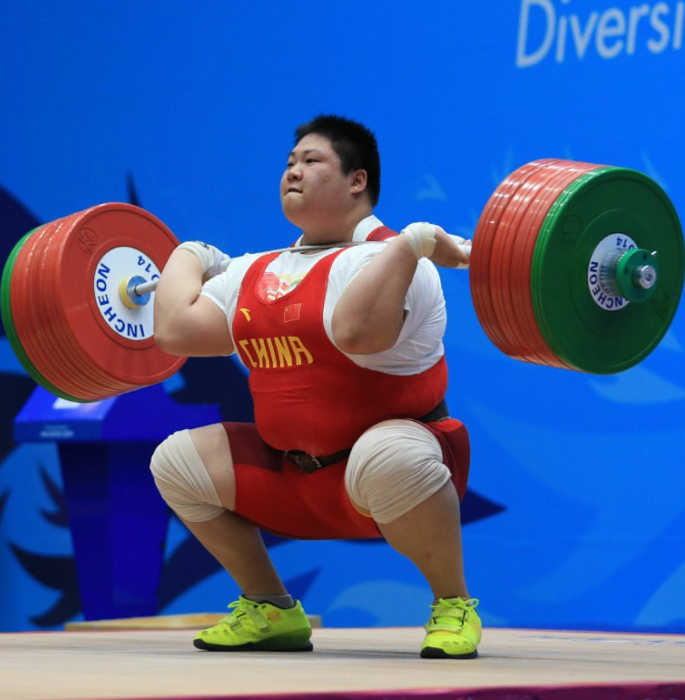 Zhou Lulu watched the 2004 Olympics in her house. By seeing female weightlifters, she began to take an interest in weightlifting.

In the coming years, Lulu made a name for herself by winning several medals for her country.

The Chinese heavyweight athlete Zhou Lulu has won gold in the Olympics and World Championship.

In 2012, she set the world record in her weight category, lifting 333 kg. This led to her first Olympic gold medal. 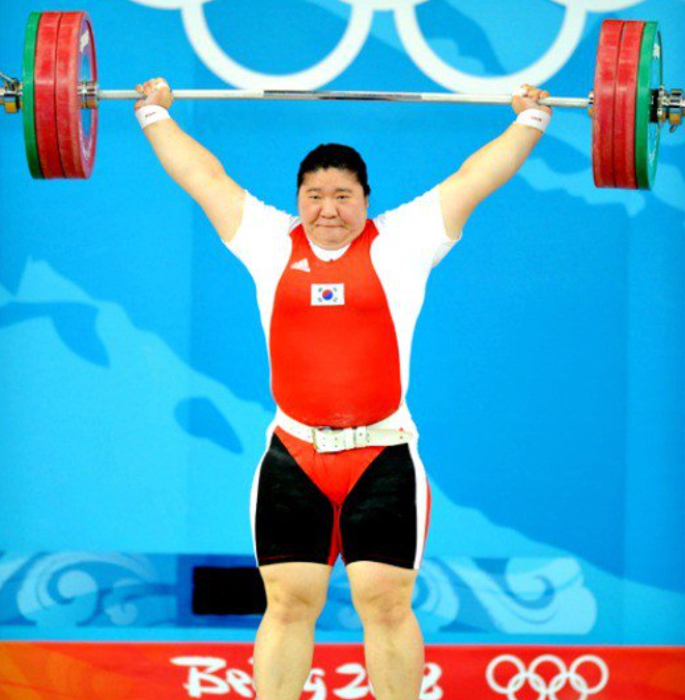 Jang Mi-ran is a South Korean Olympic weightlifter. She is currently based in Goyang, Gyeonggi-do.

The 2016 MBC drama Weightlifting Fairy Kim Bok-Joo is inspired by the real-life story of Jang. 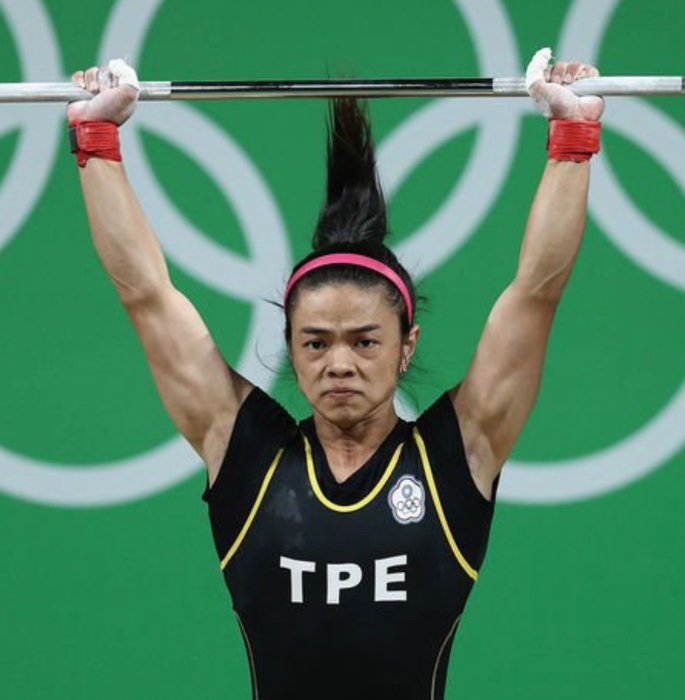 This Taiwanese athlete switched from basketball to weightlifting in her teenage years.

It turned about to be a masterstroke as she went on to win two Olympic golds and a World Championship and Asian Games.

Luck favoured Hsu Schu-Ching as her coach had also won a Bronze medal in the World Championship. Due to this, her performance improved highly.

She also won two consecutive gold medals in 2012 and 2016. Hsu won the gold in 2012 when the winner, Zulfiya, failed the anti-doping test. She also made several records in her career.

Apart from that, she has also won gold in Asian Games as well as Asian Championship.

In 2018, she decided to retire from her career, citing injuries as the main reason. 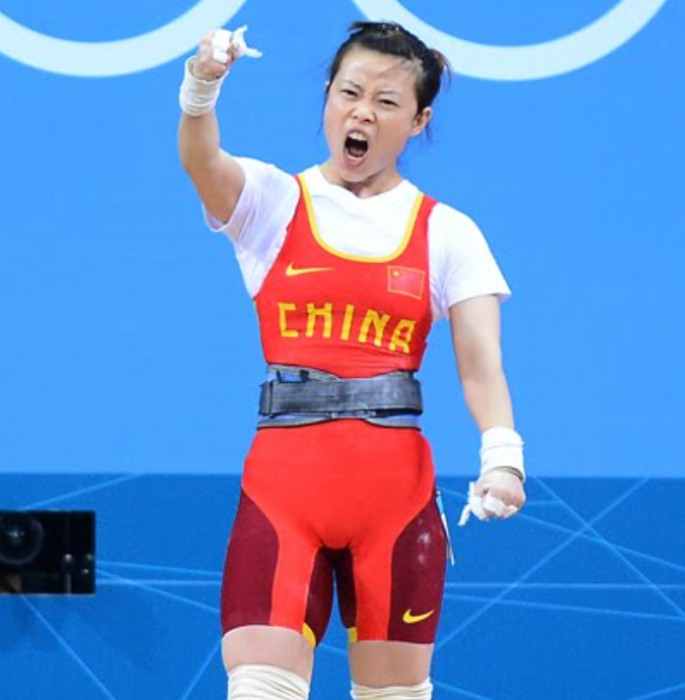 Over the years, China has produced many great female weightlifters. Wang Mingjuan is one of the best weightlifters in China. Her career is decorated with gold medals.

Apart from 2 gold in the Asian Games, she also has gold in Olympics (2012) and four gold medals in World Weightlifting Championship.

Wang won her first gold medal during the 2002 World Championship. Likewise, she last won the gold medal in the 2012 Olympics.

In a career spanning decades, she always managed to remain fit and win trophies.

She participates in the flyweight category, which is around 48 kg. Wang Mingjuan has also set several records in her career. 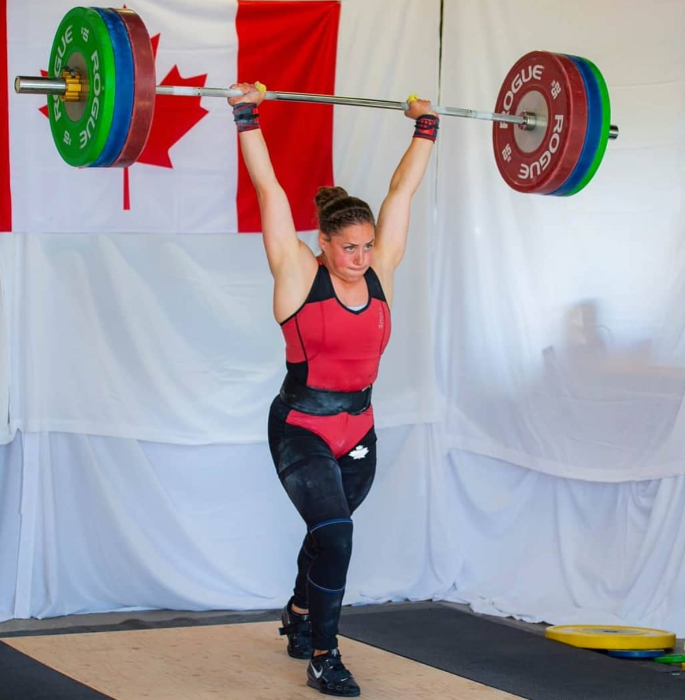 The best female weightlifter of all, which we saved for the last, is Maude Charron. Charron is the current world champion in the 64 kg weight category.

Charron is the second female weightlifter from Canada to win a gold medal.

In the 2020 Tokyo Olympics, she also broke the record of the highest weight lifted by a Canadian weightlifter in the 64 kilograms category.

She is regarded as one of the current best weightlifters.

Her recent win at the Olympics and Pan American Championship have increased her fame and legacy.

The future of women’s weightlifting is bright. All the young talents are getting better opportunities and a larger audience.

With their admirable strength and mental fortitude, these weightlifters have shown that weightlifting is not only the men’s domain but have immensely contributed to this incredible sport.