8 Top Toughest Sports in the World

When it comes to sports, some are more demanding than others. We look at eight of the toughest sports in the world.

Fighters must be skilled in a range of disciplines

What is the toughest sport in the world?

Whether watching in an arena or on television, sports are one of the most exciting things in the world.

But athletes are aware of the hard work and skill that is necessary to succeed in a variety of competitions specific to their sporting background.

These physically demanding sports require an athlete to be calm while maintaining physical strength.

As well as physical endurance, mental fortitude is needed.

DESIblitz will be covering eight of the toughest sports in the world – athletes are sure to be put to the test by some of them. 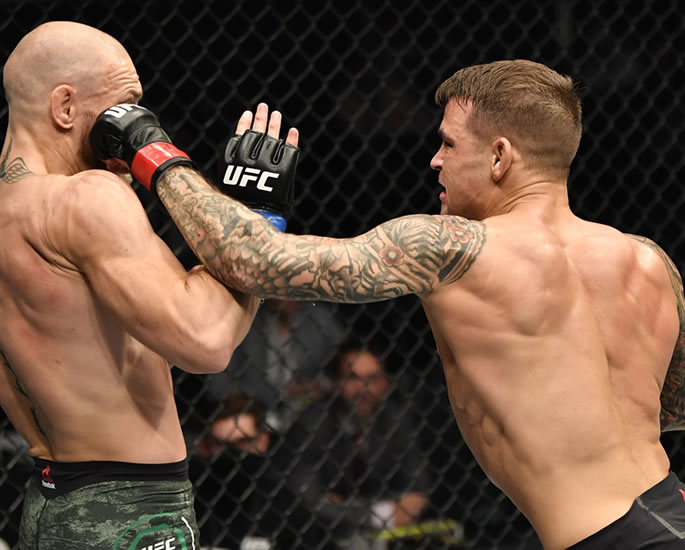 One of the toughest sports in the world is mixed martial arts (MMA).

A relatively new sport, it calls for flexibility and a strong body, both of which are essential qualities for a skilled mixed martial artist.

Fighters must be skilled in a range of disciplines, including wrestling, kickboxing and Brazilian jiu-jitsu among many others.

This, combined with concentration are what’s needed to outsmart an opponent and win.

Wins come by way of knockout, submission or decision.

At times, MMA can be gruesome, with fighters frequently suffering cuts.

Ancient China and Ancient Greece were the birthplaces of mixed martial arts as mixed combat sports.

In ancient China, one of the first mixed combat sports combined aspects of boxing, wrestling and several kung fu forms. Competitors would battle on an elevated fighting arena called a lei tai.

MMA has quickly transformed into one of the world’s biggest and most exciting sports. 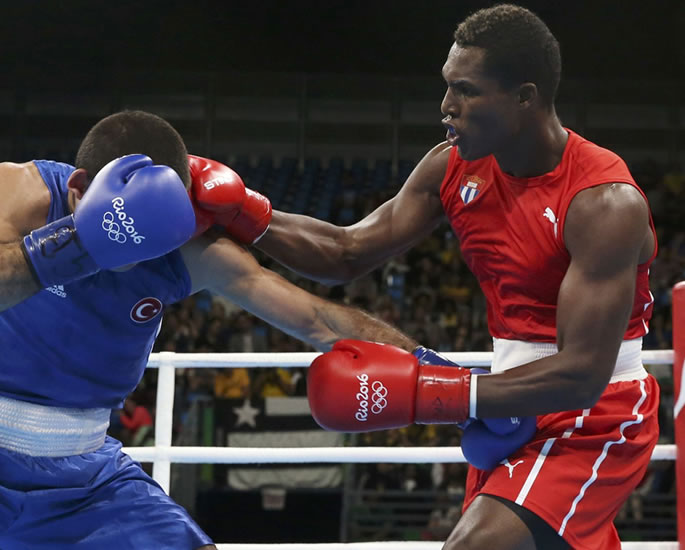 Boxing is another tough sport.

In the ring sport of boxing, two opponents compete by punching each other to land a knockout blow or score points.

According to a poll, boxing is not a simple sport.

It implies that endurance and mental toughness are necessary to compete in the boxing ring, in addition to physical strength and the technical use of that strength.

However, boxing carries a considerable danger of catastrophic injury.

Boxing requires lightning-quick footwork, as well as the ability to strike quickly, forcefully, and precisely throughout three-minute rounds, while avoiding blows from an opponent looking to knock you out.

Many prominent boxers who dominated the sport and then retired had severe health issues years later.

The first culture to develop boxing into a popular sport that was enjoyed for generations and finally spread beyond their borders was ancient Greece.

Boxing was a well-liked amateur sport in ancient Greece and was a part of the first Olympic Games.

Boxers would frequently use the cestus, a metal-studded leather hand covering, in gladiatorial displays to maim and occasionally even kill their opponents.

After the fall of the Roman Empire, the sport’s popularity dipped, but it has since eclipsed several other sports to become one of the most popular and lucrative sports in the world. 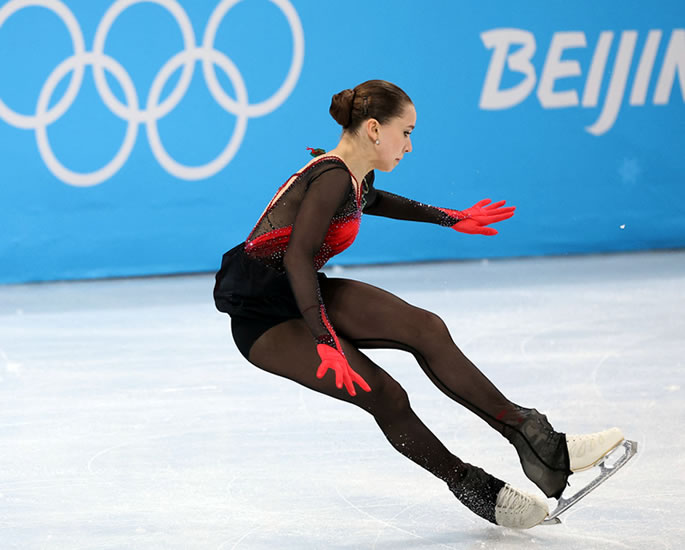 Although not obvious, figure skating is one of the world’s toughest sports.

Figure skating is a demanding sport. For starters, sports competitors in skating are tough and fierce, motivated by a maddening passion to win.

An athlete’s entire strength can be depleted in just a few minutes of skate exercise; otherwise, they wouldn’t be able to utter the words “I give up”.

Finding one’s balance is an athlete’s next challenge.

All of the body’s weight is falling beneath the four-millimetre-thick blades.

Therefore, while doing the numerous footwork, jumps and flings, an athlete must take each step with strength and intuition because a misstep could result in a terrible fall.

In addition to taking a fall, there are additional things that make up for the sport’s difficulties.

They are painful and common, and as a result, they frequently lead to fractures, shattered bones and dislocated joints in addition to bruises.

A really bad fall can sometimes cause severe injury to a skater and lead to medical advice advising against participation in the sport again.

It takes courage to participate in figure skating.

Figure skating is one of the most popular winter Olympic sports.

The sport was first introduced in the 1908 Olympic Games and moved to become part of the Winter Games in 1924.

It was one of the first sports with a category for women and the only Winter Olympic sport with women competitors until 1936. 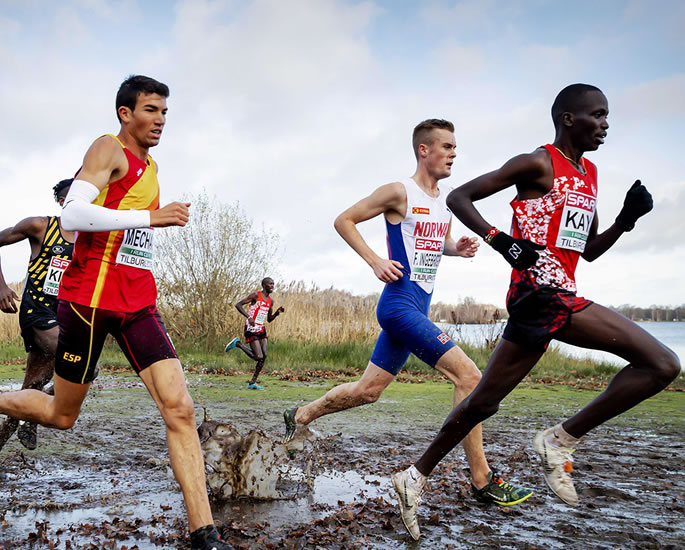 Your physical and mental endurance will be put to the test when you participate in cross-country running – making it one of the toughest sports in the world.

First off, the distances can be arduous. Many times, runners quit before completing the distance.

Additionally, long-distance running may cause a deterioration in one’s health, including abrupt pain, sore feet, blurred vision and torn muscles.

The condition of the weather has an impact on the sport’s difficulty. It’s uncommon for races to be held on days with intense sunshine, which presents another challenge for athletes by rapidly dehydrating them.

One of the hardest sports is cross-country running since it calls for mental, emotional and physical fortitude.

Cross country is an organised sport that originated from the Crick Run held nearly every year since 1838 at Rugby School in England.

In the early 19th century, cross country was practised in all private schools in England. 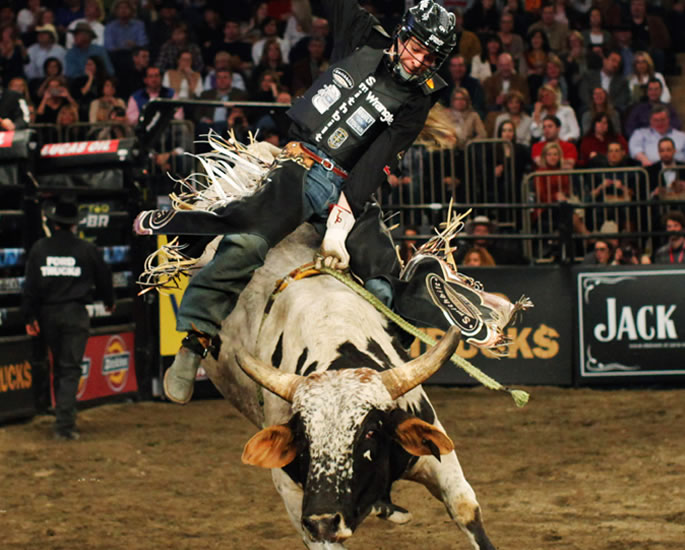 Not only is bull riding one of the toughest sports, but it is also one of the most dangerous.

The weak cannot participate in it. This dangerous sport is only played by the brave.

The danger that this sport presents can be as real as looking death in the eye.

Bull riding allows riders to stay atop wild bulls that try to knock the rider off. The rider has eight seconds to remain atop the charging bull.

The appeal of the sport lies in the fact that maintaining your balance while riding a wild beast made up entirely of your opponents is more than tough.

Bull riding can be brutal, frightening and amusing.

Bull riding and taming competitions have a long history and can be traced back to Minoan culture.

The bull riding sport itself has direct roots in Mexican equestrian and ranching skill competitions, today referred to as charreada. 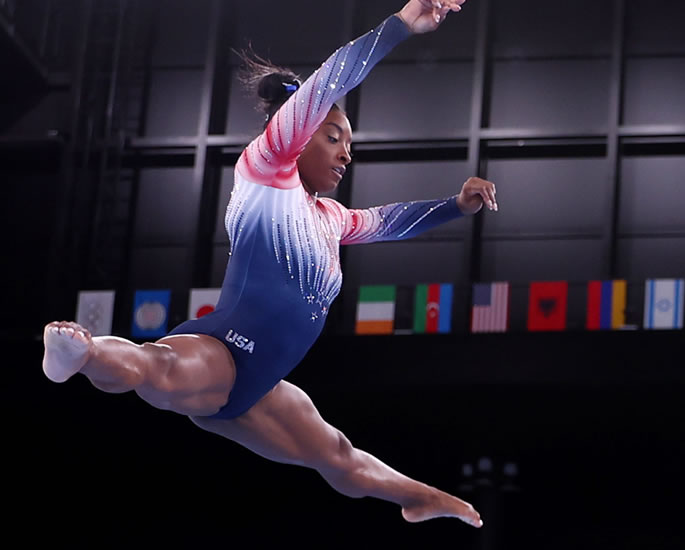 Competitive gymnastics is a physically demanding sport that calls for great strength and flexibility – making it meet the requirements of the toughest sports in the world.

Compared to other sports, gymnastics does not rely on physical strength.

Instead, your mental toughness is put to the test.

The sport of gymnastics can be characterised as requiring a high degree of flexibility, strength, power, and mental clarity.

By being developed by three physical educators and being taught as exercises on apparatus in the 19th century, gymnastics became what it is today.

It was the beginning of contemporary gymnastics, which has since taken off and become a popular sport for both genders in the 21st century. 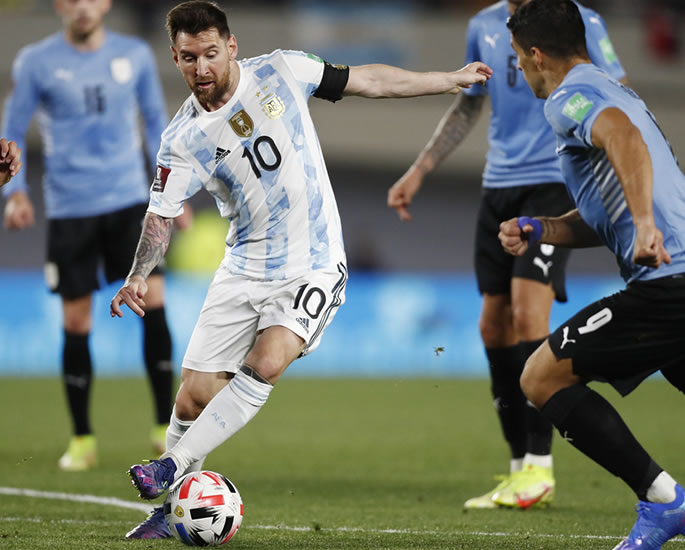 Football is undoubtedly a popular sport, but its technical complexity and player power make it one of the toughest sports in the world.

It is regarded as the most challenging sport to learn, according to some. It is believed that football is the sport that requires the most physical exertion.

Given that football is one of the most popular sports in the world, it is undoubtedly a challenging sport.

It is a strategic and technical game that requires each team to have an effective goalkeeper, defenders built like walls, an agile midfield and confident clinical forwards. Think about how hard it might be to keep everything organised.

Typically, footballers run an average of 10 kilometres per game. They also put hard tackles in while being tackled.

The modern style of football originated in Britain in the 19th century.

Though “folk football” had been played since medieval times with varying rules, the game began to be standardised when it was taken up as a winter game at public schools. 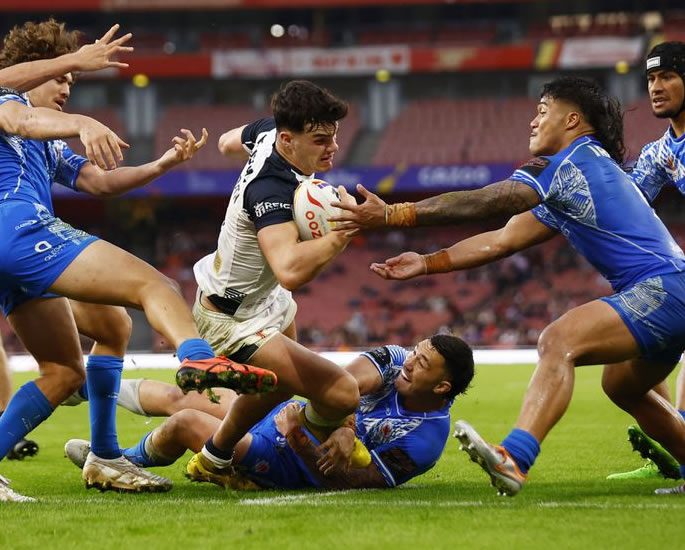 Rugby may be the most demanding sport in the world because it combines athleticism with toughness in a way that few other sports do.

Rugby is primarily played without any protective equipment, and players can engage in high-speed collisions and connections as well as tackles that can occasionally be upsetting to witness.

Rugby players also frequently play on despite small wounds, regardless of how much blood appears to be on their uniform.

A lack of padding increases the likelihood that a player may suffer an injury.

It is also a problem with tackles because they always seem to be a little more savage in rugby. After all, there is so little cushioning to protect the player being tackled.

The majority of rugby players choose to use a gumshield rather than wearing heavy helmets and shoulder pads.

According to history, Rugby began in 1823 at Rugby School in Warwickshire, England, when William Webb Ellis decided to change the rules of a football game.

All sports require force and energy, whether they be physical, mental, or both.

The most difficult sport in the world cannot be determined by sports perspectives.

Sports enthusiasts have a wide range of opinions about this.

No matter how difficult the competition is, fans of a sport remain loyal to both their favourite game and its rivals.

Ilsa is a digital marketeer and journalist. Her interests include politics, literature, religion and football. Her motto is “Give people their flowers whilst they’re still around to smell them.”
Qatar accused of Paying ‘Fake Fans’ for World Cup
F1 Pundit Martin Brundle ‘Forgets’ who Ranveer Singh Is