Mixed Martial Arts has grown within the Desi community. Here are eight of the top Desi MMA fighters and their achievements.

the first fighter of Indian descent to win an MMA world title.

Mixed Martial Arts (MMA) is still a relatively young sport since it was first broadcast in 1993. Today it is the fastest-growing sport and there are more Desi MMA fighters on the rise.

With MMA, excitement is guaranteed due to the hard-hitting nature of the combat sport.

It involves striking and grappling, which competitors use from a variety of martial art techniques that they have learned.

Knockouts and decision wins are in both sports, but submissions are the third way to win a fight.

A submission requires a fighter to force their opponent to tap either by hyperextending a joint or by choking them.

This is something which enhances the fans’ buzz for the sport.

Martial art techniques such as Brazilian Jiu-Jitsu, Muay Thai and wrestling are just a few disciplines that are incorporated into MMA.

In countries like India and Pakistan, more people are getting into the sport and making a name for themselves, whether that be early on or now.

Some Desi MMA fighters like Arjan Bhullar have even reached the pinnacle of the sport.

With that said, here are eight top Desi MMA fighters. 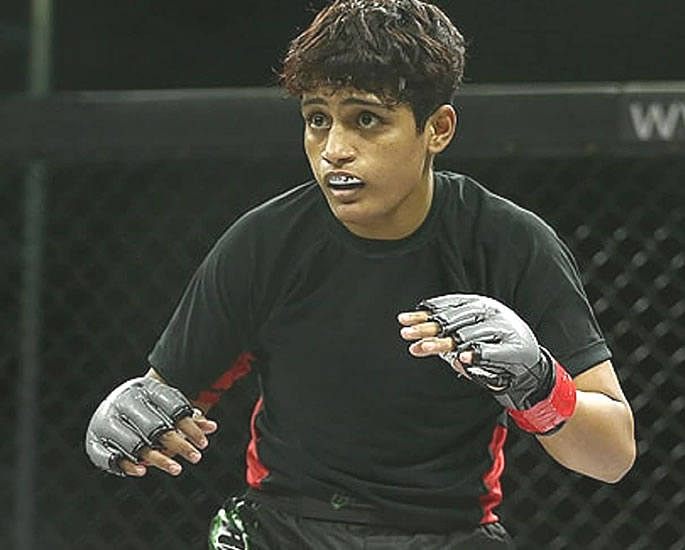 One of the most successful Indian fighters, Manjit Kolekar is a former winner of Super Fight League (SFL) Contenders and has had a dominant run in the SFL.

Manjit’s record stands at 11 wins and four losses. This included a nine-fight winning streak at one time.

In 2016, Mumbai-based Kolekar became the first Indian to fight in the Invicta Fighting Championship (Invicta FC), which is the leading women’s MMA organisation in the world.

She fought Brazilian veteran Kaline Medeiros at Invicta FC 19. She lost the fight by a unanimous decision, having fought with an injured hand.

Although she lost the fight, Manjit’s fanbase increased due to her courageous effort. 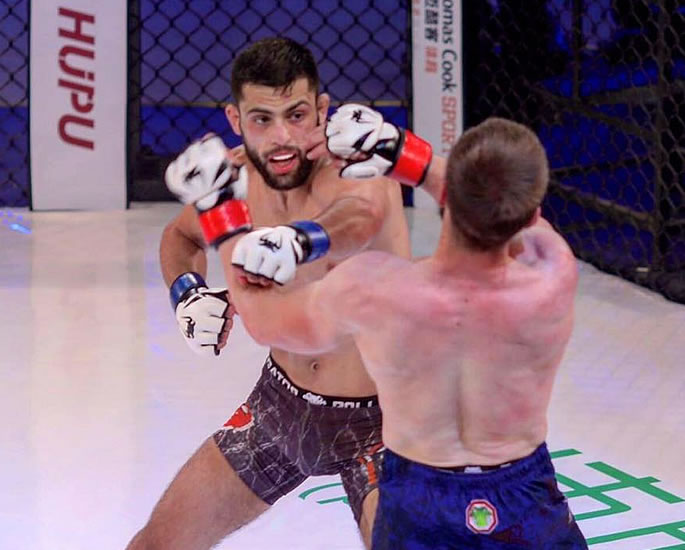 Desi MMA fighter Mehmosh Raza is from Pakistan and he has made a mark on the international scene.

But his best win came against Arben Escayo, winning by guillotine choke in just 23 seconds. 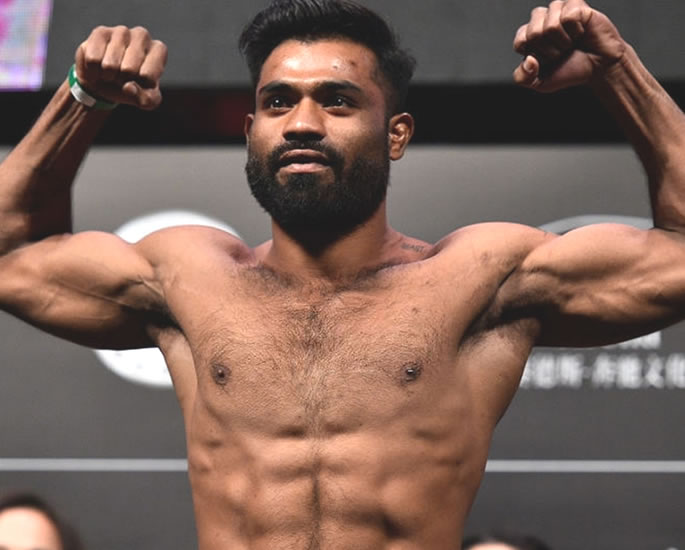 The Indian MMA pioneer made waves in mainstream MMA, becoming the first Indian fighter to join the UFC.

Bharat Khandare made his UFC debut in November 2017 against the now-surging contender Song Yadong and although he lost, Khandare gave Desi MMA fighters a platform.

The man known as ‘Daring’ has a current record of five wins and three losses.

This includes an undefeated five-fight streak in the SFL, all of which came by way of knockout or submission.

Khandare’s venture into the UFC turned him into arguably one of the most successful fighters to come out of India. 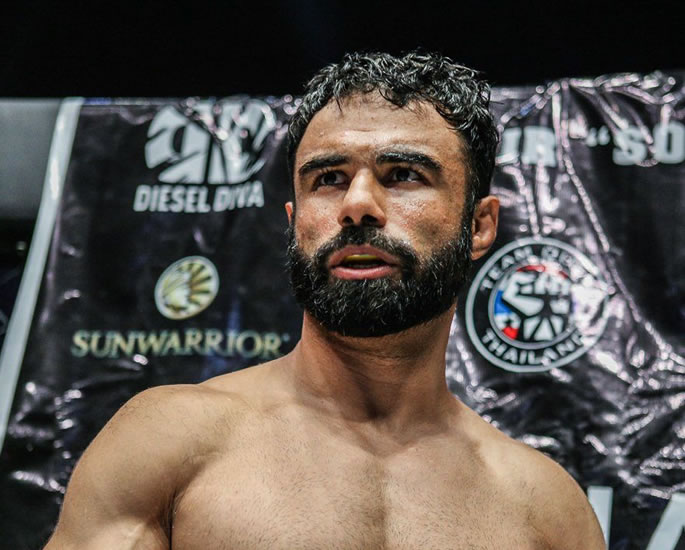 Bashir Ahmad is considered to be an MMA pioneer in Pakistan.

The featherweight nicknamed ‘Somchai’ began training in Brazilian Jiu-jitsu when MMA began to grow in North America in 2005.

He soon started training in Muay Thai and became the first Pakistani fighter to compete in ONE Championship.

But his best win came against Egypt’s Mahmoud Mohammed in 2016, submitting his rival with a heel hook in just 83 seconds. 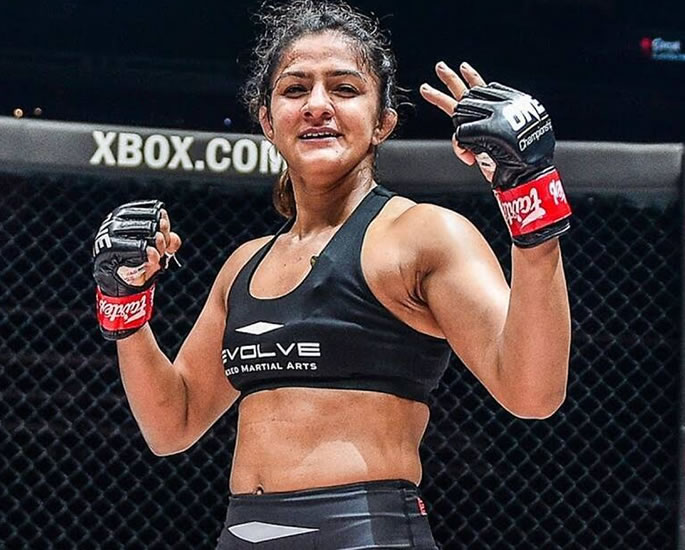 Ritu Phogat is one of the top Desi MMA fighters and with her wrestling background, it is easy to see why.

The Commonwealth Gold Medallist comes from a famed family, with her father Mahavir Singh Phogat, training and leading several of her family members to the highest levels of the sport.

Phogat focused on her wrestling career but shocked the world when she decided to switch her focus to MMA.

She moved to Singapore to join the renowned Evolve MMA where she trains with world-class athletes to help round out her MMA skills.

Phogat is currently part of ONE Championship’s Atomweight division and has a record of seven wins and two losses.

At just 28, Phogat has a lot of time to improve in order to push for her ultimate goal of becoming a world champion. 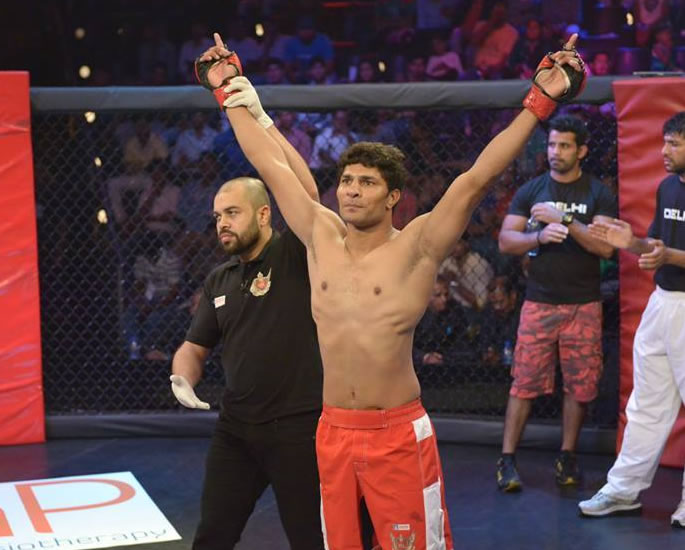 Born in Delhi, the Indian fighter made a mark on the international stage.

He fought several times in ONE Championship, and although his record was nine wins and eight losses, fighting in the organisation only increased his reputation in India and throughout the world.

Meena enjoyed success in the SFL, having been the promotion’s former lightweight champion.

He has frequently expressed interest in coaching the next generation of MMA fighters. 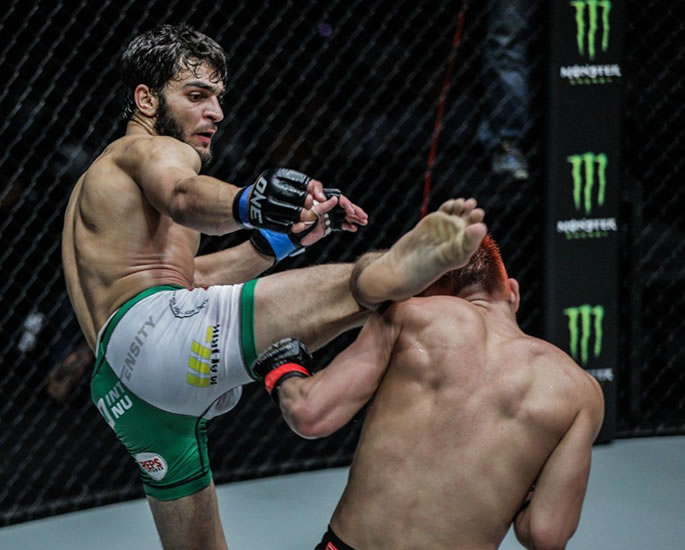 Ahmed Mujtaba is one of Pakistan’s most promising MMA fighters.

He made a lot of sacrifices to succeed in martial arts.

While he was a full-time student at the Balochistan University of Information Technology, Mujtaba juggled life as a student with that of a professional martial artist.

To prepare for competition, he regularly left his fiancée behind to make an arduous 20-hour drive to a gym in Islamabad for his training camps.

Mujtaba, who fights in the lightweight division, has a record of eight wins and two losses.

He currently fights in ONE Championship and his biggest win came in January 2021 when he defeated Indian fighter Rahul Raju by knockout in 56 seconds. 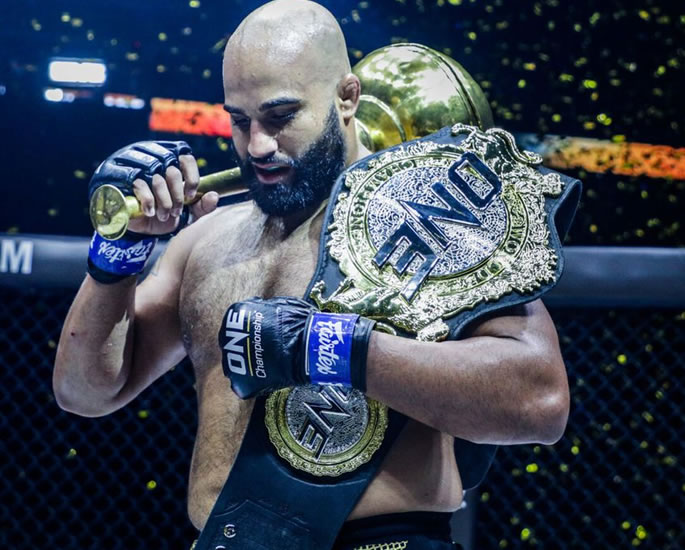 The Canadian-born Indian fighter has been a professional athlete for nearly his entire life.

His wrestling career was successful, winning a Commonwealth Gold Medal and representing Canada at the 2012 Olympics.

He fought in the UFC and enjoyed a steady career, losing just once in the promotion.

Bhullar then moved to ONE Championship where his crowning moment came in 2021, dismantling Brandon Vera to become ONE Heavyweight World Champion.

By doing so, Bhullar took his record to 11 wins and one loss and became the first fighter of Indian descent to win an MMA world title.

These eight Desi MMA fighters have made waves, either as pioneers or as modern stars.

They are inspiring and empowering others, along with training beginners.

As the sport continues to grow, there is a wide scope for more Desi MMA fighters to make it into the mainstream and even, become champions.

Dhiren is a journalism graduate with a passion for gaming, watching films and sports. He also enjoys cooking from time to time. His motto is to “Live life one day at a time.”
Yuvraj Singh & Hazel Keech share first photos of son Orion
Dylan Cheema wins Thrilling Fight by Decision