7 Pakistani MMA Fighters who Flourished in the Sport

"I am very strong with a farsighted focus."

Pakistani MMA fighters have made big strides in the sport of Mixed Martial Arts both on a national and global level.

Fighter Bashir Ahmad is regarded as the early pioneer of Pakistani MMA.

He also represented Pakistan in the elite One Championship, an MMA promotion from Singapore.

Najam Khan has proven that it is possible to defy all odds and have a successful MMA career.

Furqan Cheema has been one of the fittest Pakistani MMA fighters around and has had a fruitful journey.

Uloomi Shaheen Karim and Ahmed Mujtaba made the headlines, after demolishing Indian opponents.

We showcase these 7 Pakistani MMA fighters, also highlighting some of their incredible performances. 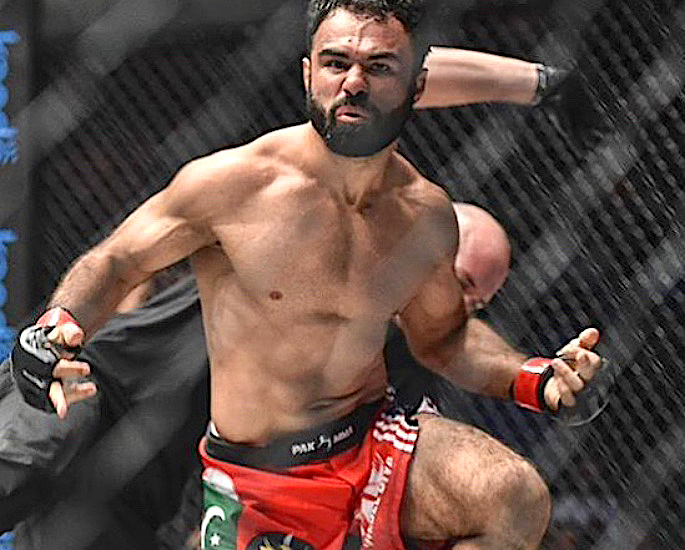 Bashir Ahmad is amongst the top Pakistani MMA Fighters. He was born in Faisalabad, Punjab, Pakistan on October 12, 1982.

However, with him moving to the USA at the age of three, he also has American nationality.

Pioneering the sport in the country, he is famous as the “God-father of Mixed-Martial Arts Pakistan.”

In 2005, when there was a big boom of MMA in North America, Bashir began to train in Brazilian Jiujitsu.

After training Pakistani children in Jiujitsu, he went to Thailand in 2007. This was to undergo training in Muay Thai.

He beat fellow countryman Mohammad Arshad in his professional debut. This was part of the Pak Fight Club – PFC 2 event.

His triumph came in round 1, at 26 seconds, courtesy of submission (rear-naked choke)

He was the first Pakistani fighter to compete on the international platform, One Championship.

His best fight came against Mahmoud Mohammed from Egypt. He beat the Egyptian with a heel hook submission at the ONE Fighting Championship: State of Warriors.

Bashir won four professionals MMA fights during his career with the same promotion. 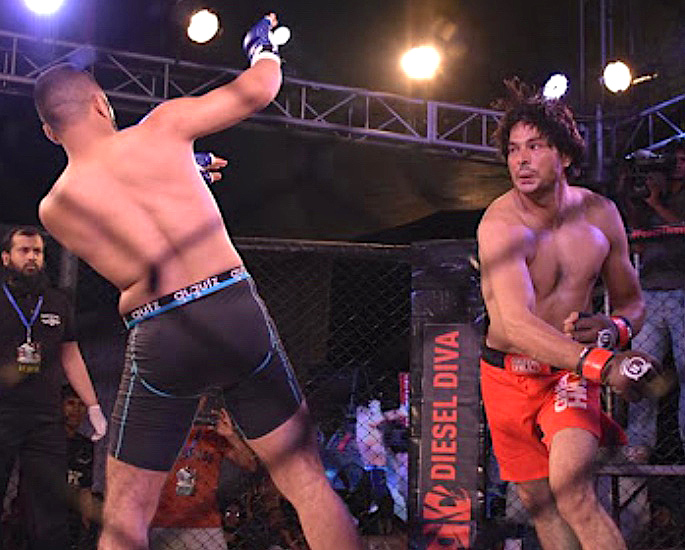 Najam Khan is one of the bravest Pakistani MMA fighters.  Thus, it is not surprising that he uses the word “Brave” as his nickname in the middle.

Najam Khan who hails from Waziristan, Pakistan, was born on March 13, 1988.

BCF has its headquarters in Bahrain. He was triumphant after delivering a ninja choke submission in the fourth minute of round 1.

The cage fight versus Wasim was held in Lahore, Pakistan on October 27, 2018.

He also became the first professional Pakistani fighter to claim a win in a global MMA event on his home territory.

The win was special, especially as he has an inspirational story.

He successfully overcame polio to take centre stage in one of the fastest-growing sports in the world.

By July 5, 2019, he had five victories under his belt on the professional circuit. 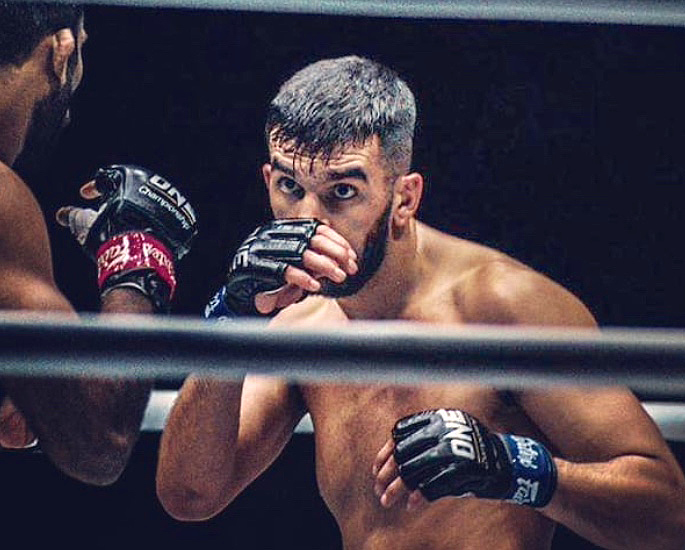 Furqan Cheema is one of the finest Pakistani MMA fighters based in the UK.

Nicknamed the “Lion,” Furqan was born in Dewsbury, England on June 12, 1990. His family roots lie in a village near Rawalpindi, Pakistan.

He had a prosperous amateur career, only losing once in eight bouts. Turning professional in 2019, he won his first three fights in the year.

Furqan stands tall at 6 foot 3 inches, which is a very good height.

Speaking about the secret to his success and ambitions for Pakistan, Furqan said:

“I am very strong with a farsighted focus.”

“Believing in myself, my aim from the very start was to bring countless laurels for Pakistan – Deo Volente.”

Furthermore, Furqan began fighting under the popular One Championships in 2019. 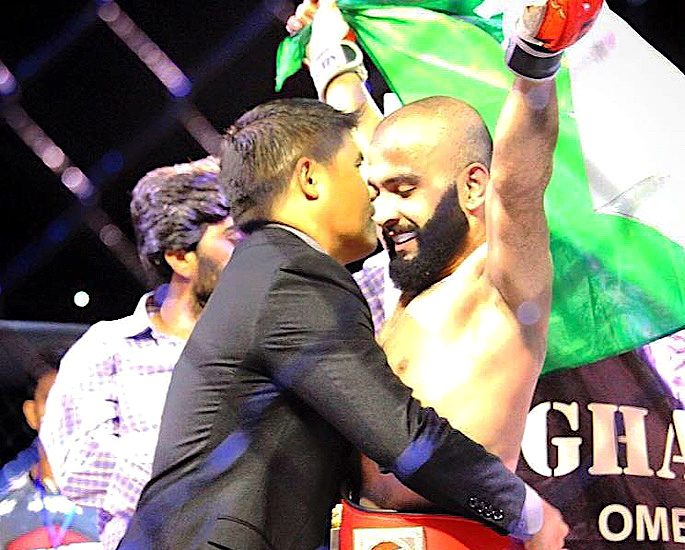 Uloomi Karim Shaheen is a famous MMA fighter from Pakistan He is known by the nickname, “Kratos.”

It was during the 2016 World Series of Fighting Global Championship (WSOF-GC) that Shaheen made a big impression.

In the event, he had a special win over arch-rival Yashwinder Singh from India.

Despite Shaheen having a 2-inch size disadvantage, he was the dominant fighter from the beginning to the end.

The Smart Araneta Coliseum in Manila, Philippines was the venue for this cage fight on July 30, 2016. 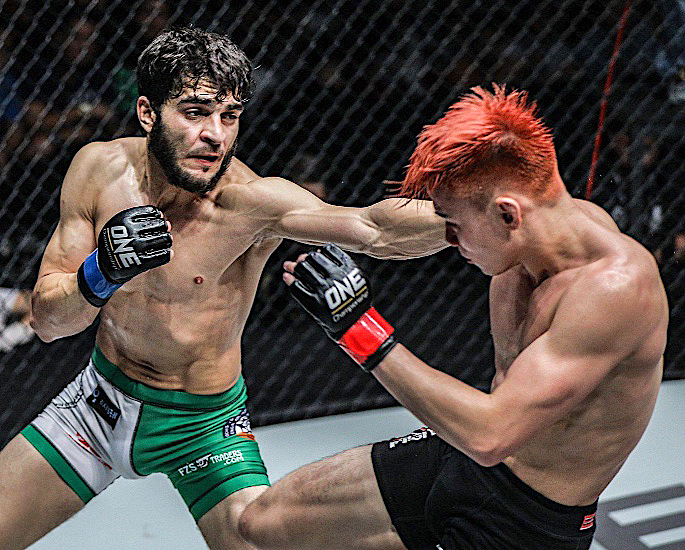 Ahmed Mujtaba has been one of the most exciting Pakistani MMA fighters.

He is true to his nickname, “Wolverine”, both in appearance and action. He was born in Quetta, Balochistan on February 21, 1993.

The 5 foot 11-inch fighter had a brief amateur career before making his professional debut in 2012.

He has over seven victories to his name. Most of his fights have taken place as part of the One Championship.

He also came to the limelight, after beating Rahul Raju (IND), with a counter right in 56 seconds.

Mujtaba was all over “The Kerala Krusher” with his kicks in the early part of their high octane bout.

His overhand right to the chin, left Raju, wobbling to defeat.

“Ahmed Mujtaba gets Pakistan the win over India, STOPPING Rahul Raju in Round 1!”

The fighter patriotically dedicated the victory to his country. 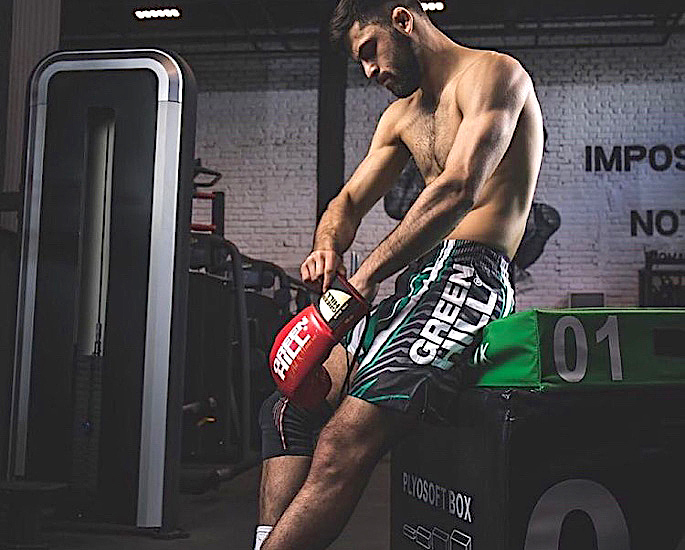 Mehmosh Raza is a Pakistani fighter who has made a mark on the international scene.

Raza has registered some big wins, including in China. This was under the dynamic Singapore headquartered company, Rebel Fighting Championship.

The bout was the 17th event under the Middle East backed Brave Combat Federation (BCF).

The cage fight versus Escayo took place in Lahore, Pakistan on October 27, 2018.

Mehmood who goes by the nickname of “The Renegade” is 5 foot 11 inches tall. 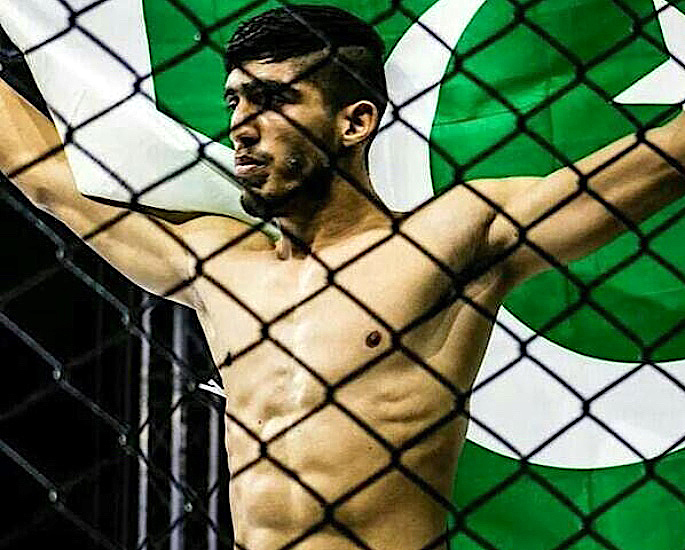 Rizwan got off to a flyer on the professional circuit with a 5 consecutive winning streak.

His talent became quite evident, whilst dispatching local fighters and one from Afghanistan in his early bouts.

Rizwan has also signed under the wings of MTK MMA Global.

The 5 foot 11-inch fighter is a two-times featherweight champion, representing his country Pakistan.

Many Pakistani MMA fighters from the past to the present have prospered in Mixed Martial Arts.

Waqar Umar, Irfan Ahmed, Haider “The Giant” Farman, Asad “Killer Jatt” Warraich and Rafiq “The Finisher” Afridi are a few others who have achieved for Pakistan.

The future is certainly bright for Pakistan Mixed Martial Arts.

Receiving the necessary support, Pakistani MMA fighters will continue to make waves, with some even conquering the world.

Faisal has creative experience in the fusion of media and communication and research which increase awareness of global issues in post-conflict, emerging and democratic societies. His life motto is: "persevere, for success is near..."
MMA Champion Arjan Bhullar aims for Pro Wrestling success
Ravichandran Ashwin discusses India’s chances in WTC Final