Unusual Sports from Around the World

If you’re the kind of person who finds conventional sports to be a dull and dreary experience, then these five unusual sports may perk your interest.

Are you quite frankly bored with regular sports?

Are you tired of seeing Novak Djokovic trounce Andy Murray? Are you done with Jamie Vardy’s party?

DESIblitz has compiled a list of the most unusual sports that planet earth has to offer.

Become the first sports hipster by disregarding the norm and only viewing these peculiar indie sports. 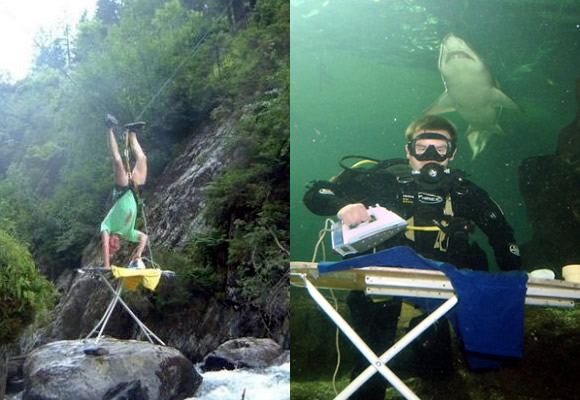 This spin on the mundane household task was supposedly conjured up by Leicester (England) resident Phil Shaw in 1997.

Extreme ironing involves indulging in the art of crease removal whilst in a precarious location or partaking in an adrenaline pumping activity.

Competitors will take a picture or video of their bemusing shenanigans and post them online.

Some examples include: Cliffside ironing, Base jump ironing or, what some regard as the pinnacle of extreme ironing, Bungee Jump Ironing. 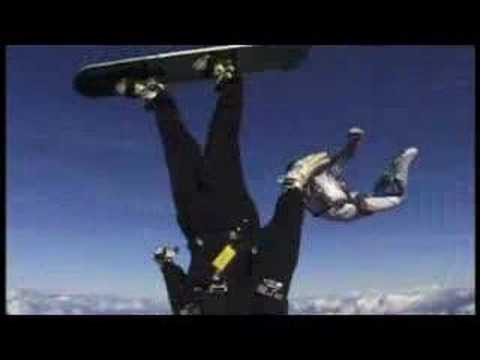 Shaw, under the pseudonym ‘Steam’, embarked on an international tour to promote the activity. The stops included the United States, Fiji, New Zealand, Australia and South Africa.

The unusual ‘sport’ gained international attention after a documentary entitled Extreme Ironing: Pressing for Victory was aired on Channel 4 in 2002.

Since then, Extreme Ironing has become an international pastime.

Most recently in 2016, De Montfort University recognised extreme ironing as an official sport of the university, with the introduction of the DMU Extreme Ironing club. 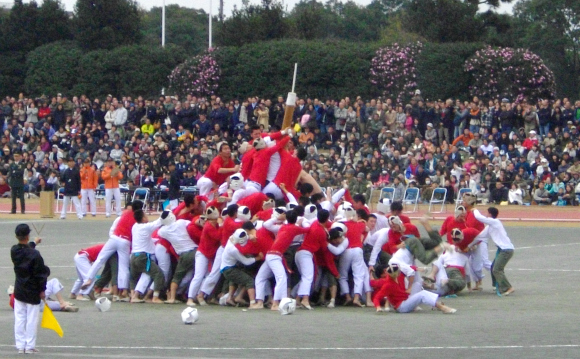 Bo-taoshi translates to, ‘bring pole down’. This insane, unusual ‘capture the flag’ like sport, of Japanese origin, involves two teams of 150 (75 attackers and 75 defenders)!

On the field of play there are two poles which can range from 10ft to 16ft in height.

The defensive team is entrusted with keeping their pole upright and, unsurprisingly, the offensive team has the job of taking down their opposition’s’ pole.

Both teams attack and defend at the same time, so it’s a race to take the other team’s pole first.

The winner is the team that is able to lower the pole of the opposing team to a thirty-degree angle respective to the ground. 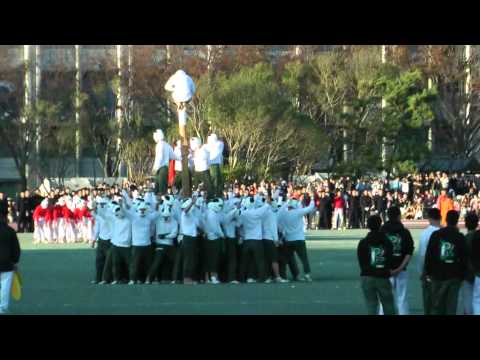 Notable defensive positions include ‘barriers’ that form a dense human role around the pole; ‘pole support’ who aid holding the pole in the upright position; and the ‘ninja’ perched on top of the pole.

The ninja’s role is to keep the pole upright and kick any pole bound attackers flying in, more often than not in the face.

Meanwhile attacking is led by the ‘springboard/scrum’ who are the first players to charge in and are the human equivalents of trampolines.

They lay their bodies down for ‘pole attackers’ to try to run and spring off of towards the opposing pole.

It really can be a brutal sport and a much more tactical one than you might think.

The exact story of the founding Bo-taoshi is unclear, but it’s thought to have originated in Japanese military cadets in the 1940s. 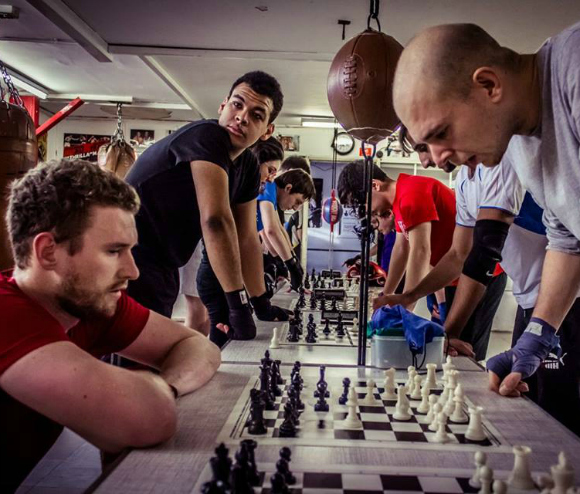 For those who like to test both their mental strength as physical fighting power, Chess Boxing may be of interest.

The sport will require the keen intellect of Magnus Carlsen as well as the physicality of Wladimir Klitschko as it combines the arts of Chess and Boxing.

The sport is played in alternate rounds of chess or boxing.

Matches can be won from either discipline with the chess coming down to checkmate or forfeit and the boxing in either a stoppage or points decision.

The match consists of 11 rounds; 6 rounds of chess lasting four minutes each, and 5 rounds of boxing lasting 3 minutes each with 1 minute intervals between rounds. 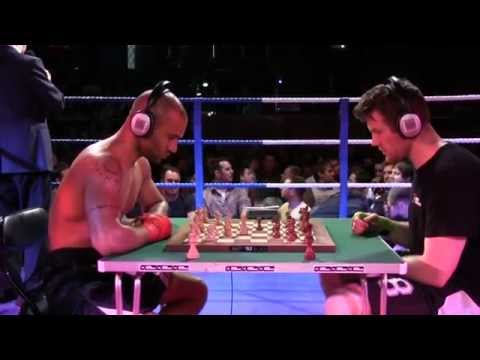 The chess side of the game is played out over a 12 minute clock and is essentially ‘speed chess’. Officials may step in if they believe a player to be stalling in the chess rounds to force them into a move within 10 seconds.

Chess Boxing was invented by Dutch performance artist, Lepe Rubingh. What was initially only thought to be an art, performance quickly turned into a fully developed competitive sport.

The first Chess Boxing competition took place in Berlin in 2003 and has since gone on to become a worldwide professional sport. 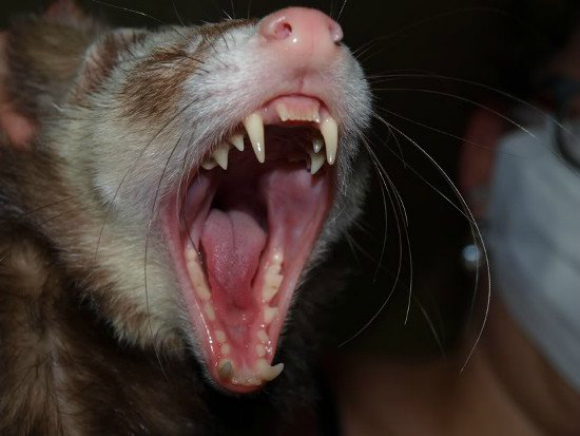 An unusual sport that will leave most men in a fear induced fit of shuddering grimace is Ferret Legging.

It involves men placing two life ferrets in their trousers, fastening their belt and having each leg tied at the ankle to prevent the little critters escaping.

The ferrets used must have a full set of teeth and participants have to go commando i.e. no underwear can be worn. 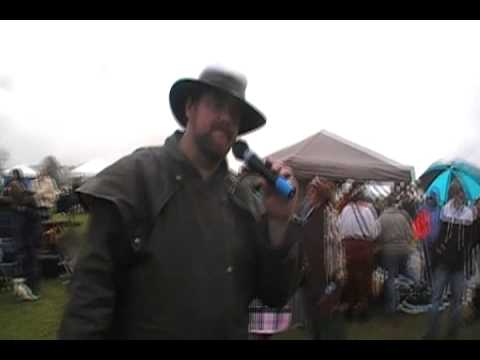 These brave men are also not allowed to be drunk and the unlucky ferrets cannot be sedated.

The winner is whoever is last to release the animals from their nether regions. The world record is five hours and thirty minutes.

Ferret Legging became a popular sports competition from the 1970s among coal miners in Yorkshire, England. 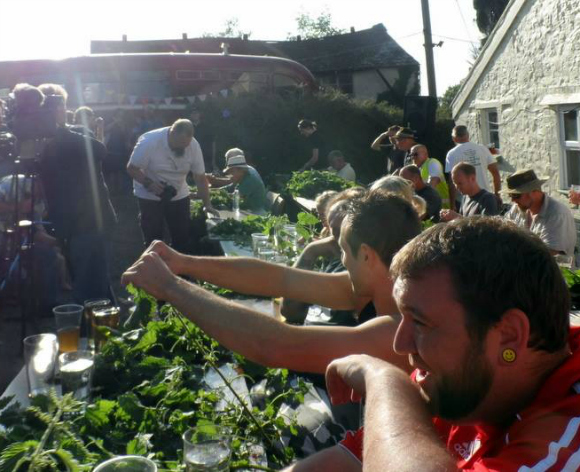 Does anyone else remember getting stung by nettles in primary school during break time resulting in everyone running around searching for a dock leaf? The pain was excruciating.

So why on earth would anyone wish to subject themselves to this torture is beyond logic. 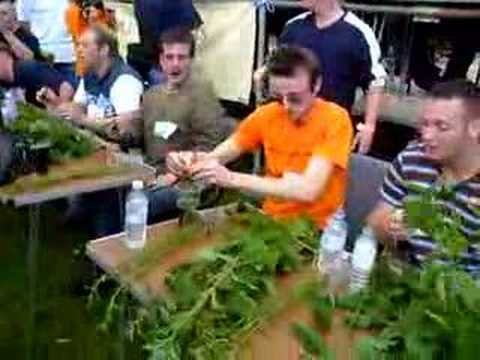 There, competitors are presented with two-foot’s worth of stinging nettles and they pluck and consume the leaves over the course of an hour.

When the time is up the remaining bare stalks are measured to leave a winner.

The world is full of quirky and unusual sports from diverse cultures.

What we can conclude from this is that humans are a masochistic and strange race that will go to the farthest lengths to ensure that they are entertained.