7 Famous Cricket Racism Cases from Around the World

The gentleman’s game is not always reflective of its true spirit. We present 7 top cricket racism incidents, involving prominent players and fans.

"I speak about it honestly, it was a big mistake"

Every now and then, cricket racism has come into play within what is famously known as the gentleman’s game.

Viewers and pundits have often got see another side of top international players and even supporters inside a stadium.

It is during the heat of the moment where players have been known to cross the mark, with some members of the crowd showing their true colours

Even during contemporary times, despite there being an anti-racism code in place as well as turning up the sounds of the stump mics, racist slurs and remarks continue to creep in.

We take a look at 5 cricket racism incidents that put a cloud on the sport which many of us follow with passion.

Tony Greig and his Utterance 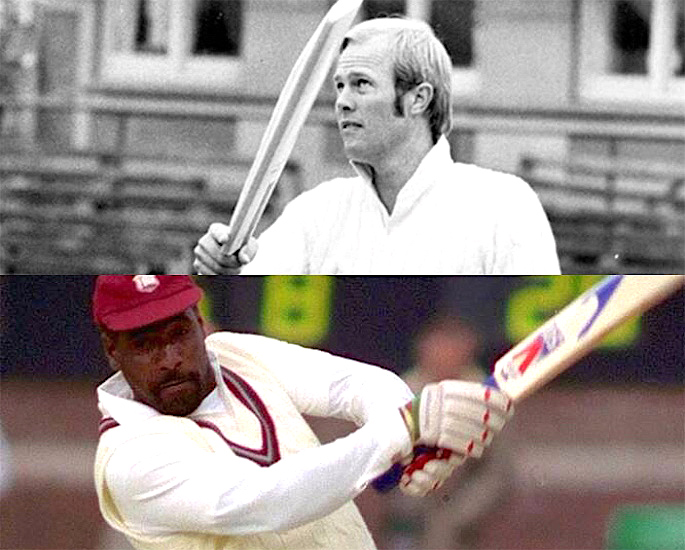 Former England captain Tony Greig (late) once made unfair remarks, with one word, particularly, spurring on the West Indies team.

The controversial racial slur was made during a TV interview on June 1, 1976, ahead of a five-Test match-series in England.

Accepting that the West Indies were a formidable side, it was the word “grovel” which became a major taking point:

“You must remember that the West Indians, these guys, if they get on top are magnificent cricketers.

“But if they’re down, they grovel, and I intend, with the help of Closey (England player Dennis Close) and a few others, to make them grovel.”

With “grovel” having many negative connotations, the Windies players felt Greig’s comments were insulting.

They were not expecting such conduct from a player who was born in South Africa during the apartheid period.

The West Indies. however, had the final laugh. They won the series 5-0, prompting Caribbean fast bowler to utter the phrase “blackwash” to signify such an invincible victory.

West Indies legend Viv Richards recalls how the team as a collective successfully overcame Grieg on the field too:

“The guys responded to it. Every time Tony Greig came in to bat, he got a delivery that was just full of length and knocked his pole over.”

Despite many West Indians not forgiving Greig, Holding and Richards somewhat came to the defence of the Englishman.

They were of the opinion that it was an unfortunate incident, with perhaps Greig slipping this out unintentionally.

Regardless, it was not the right word to use during an interview, which many saw. 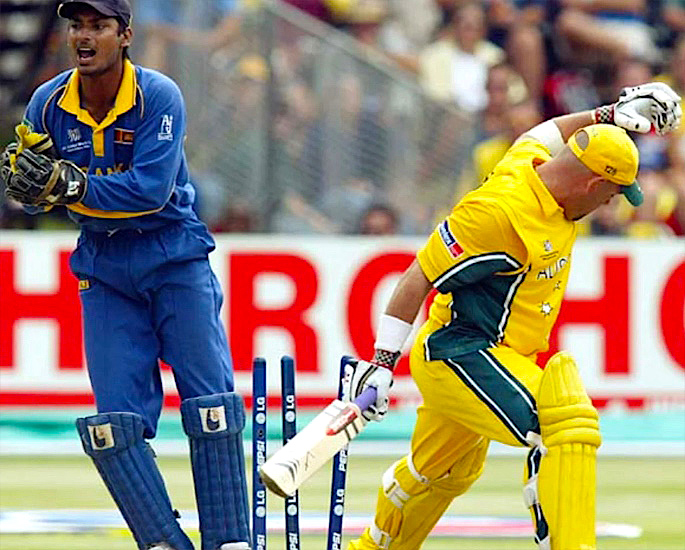 The tri-series ODI match against Sri Lanka at Brisbane Cricket Ground aka Gabba on  January 15, 2003 became the focal point of this cricket racism case.

After being run-out for 38, Lehmann had a big outburst with racial swearwords.

As he was heading back towards the pavilion, the team management of Sri Lanka allegedly heard him saying “black c***.”

At the end of the match, which Australia won by four wickets, Lehman put pen to paper, writing an apology letter to The Islanders.

He also made a specific apology to Sri Lankan skipper Sanath Jayasuriya. Despite, the visitors not lodging an official complaint, the ICC gave Lehmann a ban of five matches.

Years later Lehmann told ABC this was one of his “biggest mistakes”, which he had learnt heavily from:

“I speak about it honestly, it was a big mistake, and it was a big learning curve in my career and if I can impart anything on other players along the way, then so be it.”

It was courteous of Lehmann to sincerely apologise and accept his wrongdoing.

The Australian cricket board also did not hold any grudges against him, as he went on to successfully coach the national side from 2013 to 2018. 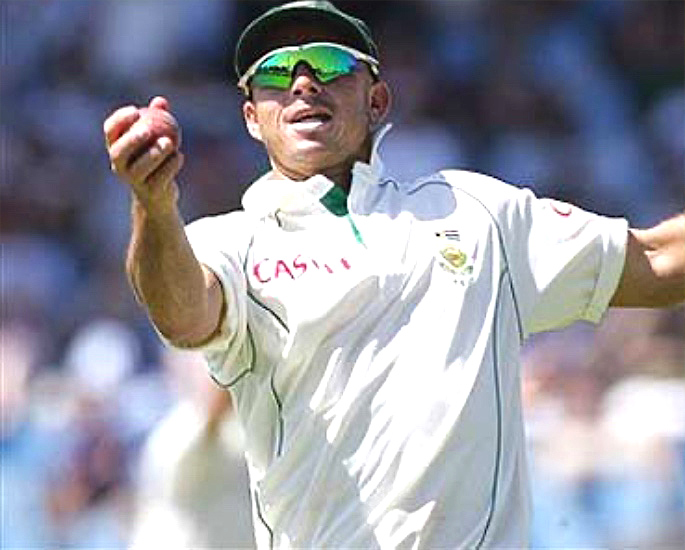 South African right-handed batsman Herschelle Gibbs made the headlines after hurling racist remarks in a match versus Pakistan.

He made harsh comments against Pakistani fans during the first Test at Supersport Park, Centurion, Gauteng in January 2007.

On the stump mic, he was heard comparing the behaviour of Pakistani fans to “like b****y animals. He added saying:

“You f**king bunch of f**king animals, f**king go back to the zoo, f**king Pakistanis.”

Recalling the incident in 2020, he went on to describe behaviour of the fans as “Rowdy”, tweeting:

“They forced my son and his mother out of their seats in front of the players viewing area.”

Irrespective of his reasoning, his thoughts were unacceptable for a professional sportsman. Having said that, he had to pay the price for lashing out, with the ICC banning him for two-Test matches.

He did appeal the decision, but the outcome was a clear rejection. The only consolation for him was the Proteas winning the Test convincingly by seven wickets.

Since, this incident, Gibbs has had a good relationship with the people of Pakistan. He is not a racist by nature, with this cricket racism case being like a one-off. 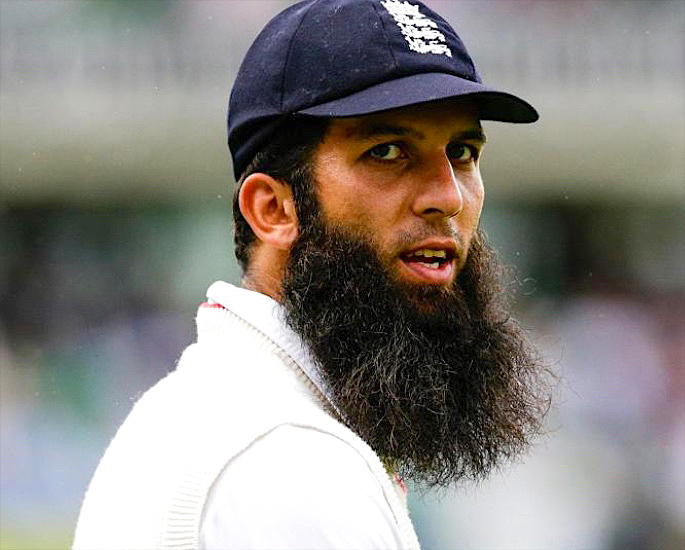 In his half namesake autobiography, England batting all-rounder Moeen Ali accused an unnamed player from Australia of racial slurs.

The match in question is the first Test of the Ashes series that took place at Sophia Gardens in July 2015.

Reflecting on the incident, which was made public in 2018, Moeen writes in his autobiography:

“It was a great first Ashes Test in terms of my personal performance.

“However, there was one incident which had distracted me. An Australian player had turned to me on the field and said, ‘Take that, Osama’ [a reference to Islamic terrorist Osama Bin Laden].

“I could not believe what I had heard. I remember going really red. I have never been so angry on a cricket field.”

He continues writing about what led after a discussion and denial from the Australian side:

“I told a couple of the guys what the player had said to me and I think Trevor Bayliss [the England coach] must have raised it with Darren Lehmann, the Australians’ coach.

“Lehmann asked the player, ‘Did you call Moeen Osama?’ He denied it, saying, ‘No, I said, ‘Take that, you part-timer.”

“I must say I was amused when I heard that, obviously I had to take the player’s word for it, though for the rest of the match I was angry.”

According to Trevor Bayliss Moeen “did not want to create problems for anyone”, convincing his colleague to not take the matter further.

This shows the humility that Moeen has as a cricketer and a human being. Additionally, England was successful in beating Australia by 169 runs, giving comfort to Moeen. 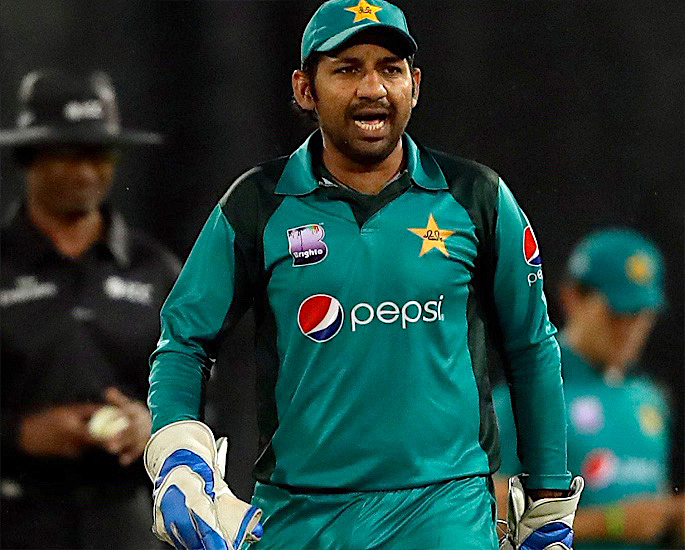 The 2nd ODI in Durban between the countries on January 22, 2019, was the venue for his cricket racism case.

The stump mic was quick to pick up what the Pakistan skipper said.  Reports came in of what some people got to hear:

“Hey black guy, where’s your mother sitting today? What have you got her to say for you today?”

Following the ban, an apologetic Sarfaraz went on Twitter, acknowledging the forgiving Phehlukwayo:

“This morning I apologised to Andile Phehlukwayo and he was gracious enough to accept my apology.

“And I hope the people of South Africa also accept my apology.”

Earlier, Sarfaraz had made a long apology and even met the Proteas player. The Pakistan Cricket Board were also very clear on this point that they will not endorse such behaviour.

All-round it was not a great day for Sarfaraz, with South Africa overcoming Pakistan by five wickets. 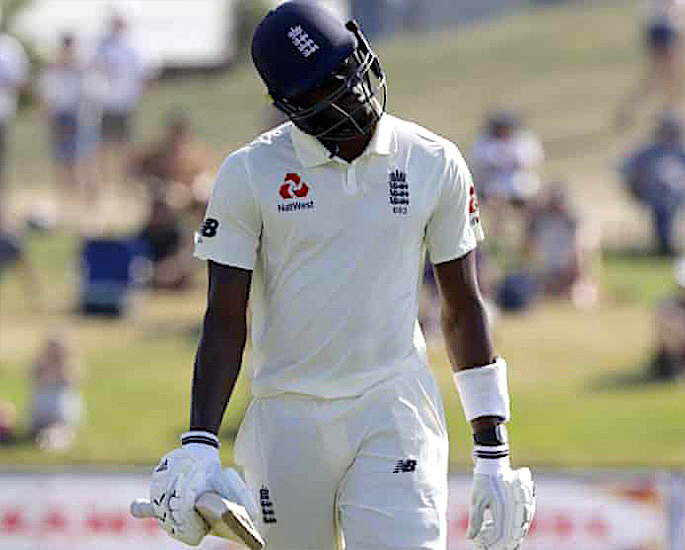 England fast bowler Jofra Archer had to bear racist insults towards him by one New Zealand fan.

The incident had taken place at Bay Oval in Mount Maunganui on the final day during late November 2019.

Racial slurs were directed at him, following his dismissal when walking to the dressing room. This is after fighting for his team in white Test clothing.

Archer went on Twitter to express his thoughts about the unfortunate situation he found himself in:

“A bit disturbing hearing racial insults today whilst battling to help save my team.”

He also went on to single out the particular kiwi individual, whilst acknowledging the strong English fan base.

“The crowd has been amazing this week except for that one guy. The Barmy Army was good as usual.”

According to Archer, the alleged culprit had also sent the 2019 Cricket World Cup winner a message via social media.

England’s Director of Cricket was very supportive of Archer stating:

“It’s emotional, it hurts and we fully support Jofra.”

After analysing what had happened, the New Zealand Cricket board issued a rapid apology for such an embarrassing situation. 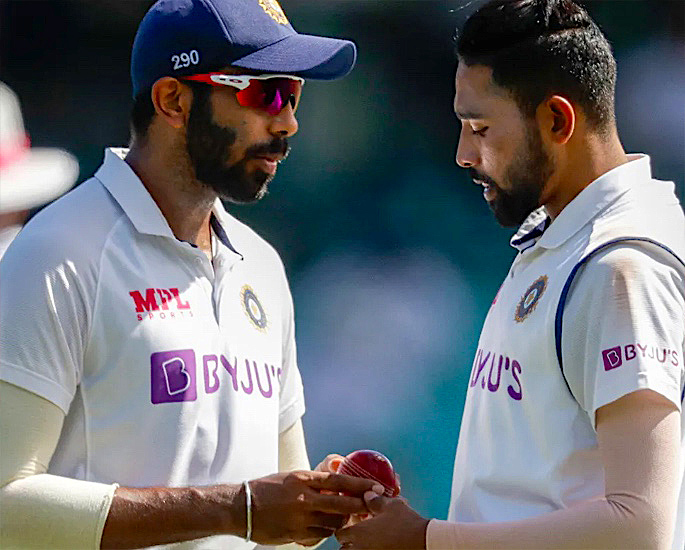 Indian medium-fast bowlers Jasprit Bumrah and Mohammad Siraj were targeted on racial grounds by some members of the Australian crowd.

According to Indian captain Virat Kohli, many got to witness an “absolute peak of rowdy behaviour” at Sydney Cricket Ground.

It was days 3 and 4 of the third Test in early January, that this cricket racism incident came to light.

Siraj who made his Test series debut down under had to endure racial abuse, with spectators also attacking Bumrah.

Confirming what took place at the time, a BCCI source said:

“Siraj was referred to as ‘Brown Dog’ and ‘Big Monkey’ both of which are racist slurs.”

“The matter was immediately brought to the notice of on-field umpires. They were constantly abusing Bumrah too.”

Siraj made his way from deep to the square leg umpire, complaining about the horrible comments. This led to a discussion, with several senior Indian players joining in.

With New South Wales Police and ground security checking into the specific stand, the play came to a stop for ten minutes.

After talking to spectators from a connecting area, six fans were taken into custody by the police.

It was only after the end of the third day’s play that team India took this issue up with match referee, David Boon.

The Australian Cricket Board went on to apologise to the Indian cricket team, promising to ban the guilty individuals.

It is not known whether these evicted spectators had pre-planned to use such derogatory terms.

There have been many other cricket racist incidents at the grassroots level, in different leagues and not forgetting the big pandora box unveiled by former Yorkshire bowler, Azeem Rafiq.

There was also the case where former Australian batsman, Dean Jones (late), called South African Hashim Amla a terrorist when commentating during a match.

This goes back to a 2006 game between South Africa and Sri Lanka. Realising his blunder, Jones apologised for this offence.

Jones was also fired by his employed Ten Sports for making this grave error of judgment. Again in his case, it was just a bad moment which he later deeply regretted.

Dean had a wonderful relationship with players from the subcontinent, particularly, his love for Pakistani players and the Pakistan Super League.

Whilst it remains a gentleman’s game, cricket racism cases have gone on to bring disrepute to the players and the sport.

It seems as if some cricketers have no fear knowing that stump mics are picking up voices instantly. Players and fans need to take responsibility and enjoy the game in its truest form.