Nasser Hanif on ‘Around the Wicket’, Cricket & Racism

Radio broadcaster Nasser Hanif has produced a super podcast series. He talks to us about ‘Around the Wicket’, Yorkshire cricket, and racism.

"many of my closest friends became disillusioned with cricket"

Experienced news and radio sports broadcaster, Nasser Hanif, is the producer of Around the Wicket, an interesting cricket podcast series.

In this podcast series, Nasser takes the listeners on a journey with a historical perspective. He looks at the backstory to the Azeem Rafiq Azim revelations.

There is also a racism thread throughout the series. The result was that a generation of talented players never had the opportunity to progress.

He also explores cricket from the streets of Bradford to Yorkshire Country Cricket Club. This includes his own playing days, stories of migration, with cricket becoming a form of escapism and Asian leagues.

Nasser describes the series as being “similar in one sense to Coming in from the Cold.” In essential it is a story about the relationship between the British Asian community and cricket.

Passionate about cricket, Nasser Hanif carried out most of his research around Yorkshire. 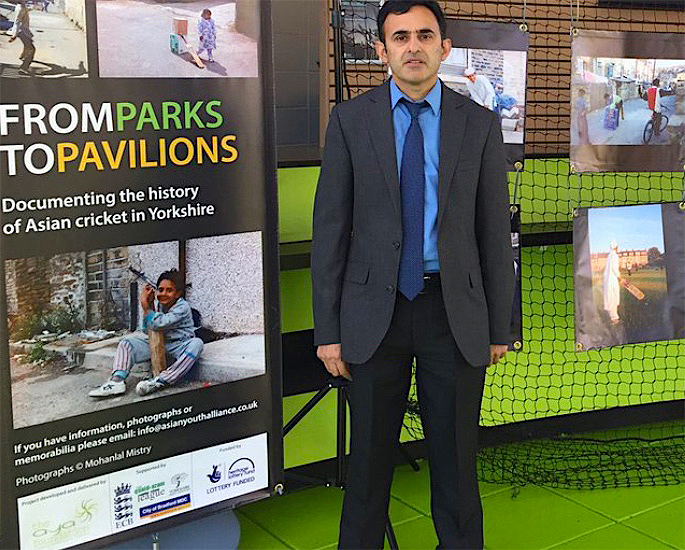 The series presents archival interviews which were conducted as part of a 2016 project titled, From Park to Pavilions.

This was a presentation courtesy of the Aya Foundation, a community organisation based in Bradford.

Though, new voices are part of the podcast series as well. In a conversation with DESIblitz, Nasser Hanif shares his thoughts on Around the Wicket, as well as highlighting racism and generational context.

From a cricket view, what prompted you to produce Around the Wicket? 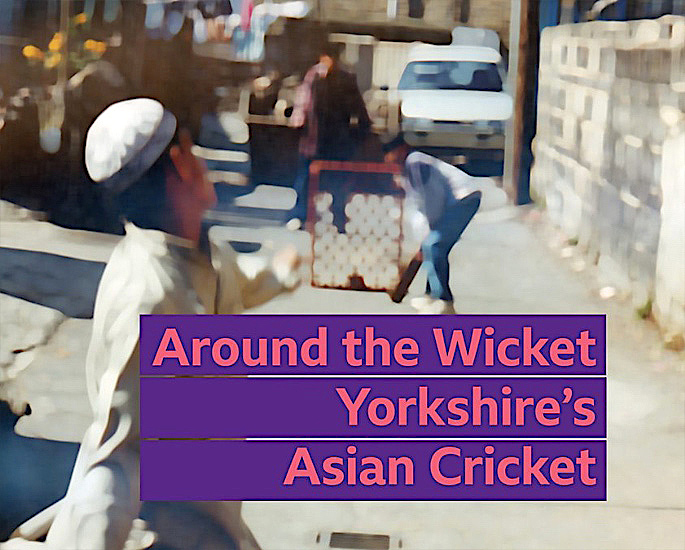 From a young age, I have always taken an interest in cricket. I remember playing on the backstreets of inner-city Leeds with a taped tennis ball and a red milk crate.

Hence, this podcast allowed me to delve into some of those stories from the past, and by doing so bring back fond memories of my school days.

I was very aware at the time of many talented Asian players who never got an opportunity to play the sport. Thus, I wanted to explore that a little bit more in this podcast.

This was particularly the case in my home county of Yorkshire where we had a rule called the birthright rule in place, which prevented people born outside of Yorkshire from playing for the county.

I also wanted the share the experience of playing cricket with minimal resources.

“In those days we played with homemade bats and on uneven pitches in public parks.”

Why was the backstory important for you to tell through sound? 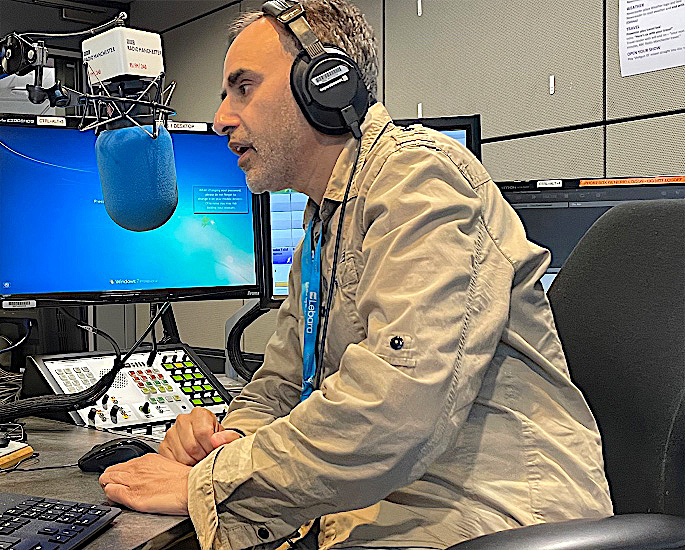 Audio interviews are a great way of making people feel at ease. It allows them to talk more freely, and open up about their past.

My background is in radio. This allowed me to use my expertise in this area to get the best out of each interviewee.

I would argue it is an easier way of producing content. This is because you don’t have all the extra stuff you need for say a TV production.

From a practical point of view, we had a lot of audio content already available to us through the Parks to Pavilion project, which I thought we could make use of.

Overall, a podcast is a great way of getting content out to a big audience. The fact it was commissioned by BBC Sounds made it easy for people to download and listen to.

What fresh material and voices can listeners hear via this podcast series? 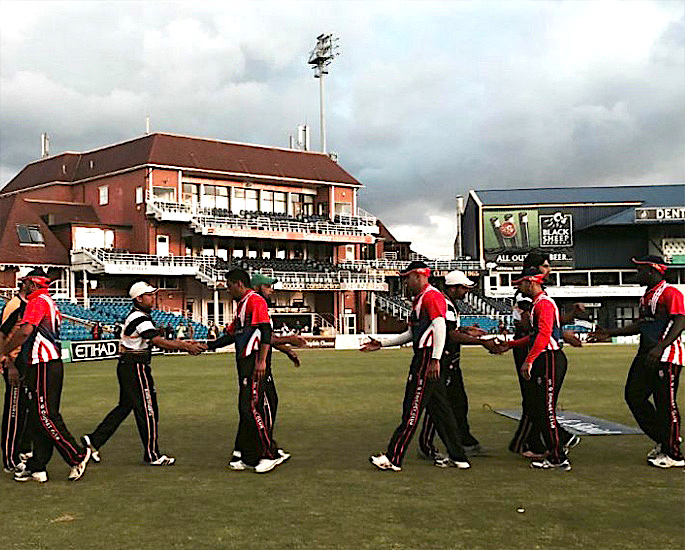 The podcast features some of the founding fathers behind the first-ever all-Asian cricket league in Yorkshire. This was called the Quaid-E-Azam League and started in 1979.

There are also some amazing stories about how former Test match players ended up playing against average players in this league.

We hear also how Sachin Tendulkar became the first Asian player to play for Yorkshire in 1992 after the club changed its birthright rule and allowed people born outside of the county to play for the county.

“He speaks about his playing days in the Quaid-E- Azam league.”

He also talks about how to improve the experience for all league players and ultimately give more opportunities to the more talented ones.

Asian women are just starting the journey into cricket. So, we hear from one young girl who has her sights on playing for England after playing at Lords.

Based on your research, how prevalent was racism across Yorkshire cricket? 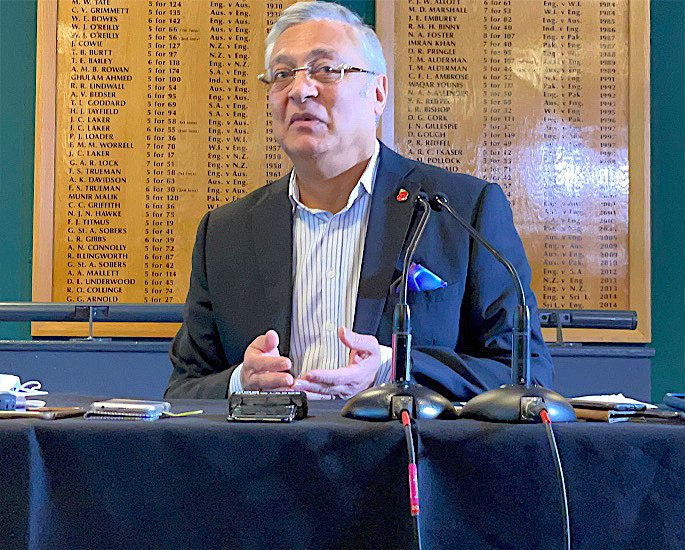 Racism was an issue in Cricket in Yorkshire in the 1970s and 1980s. Some players talked about name-calling, which was often ignored as dressing room banter.

The birthright rule was a big factor. This meant talented Asians who were born outside the county could not play at Headingly. You could only play for the county if you were born in Yorkshire.

Some of the people we interviewed said even Yorkshire-born Asian players found it tough getting through the trials and getting into the Yorkshire County cricket system.

They felt they had to be two or three times better than their white counterparts to make it as a professional cricketer.

The Azeem Rafiq racism story has in my opinion given confidence to some former and current players to open up about their experiences.

There is a feeling that Lord Kamlesh Patel’s appointment as the new chairman of Yorkshire will bring in much-needed change to the organisation.

Having played cricket with friends, can you recall any form of racism? 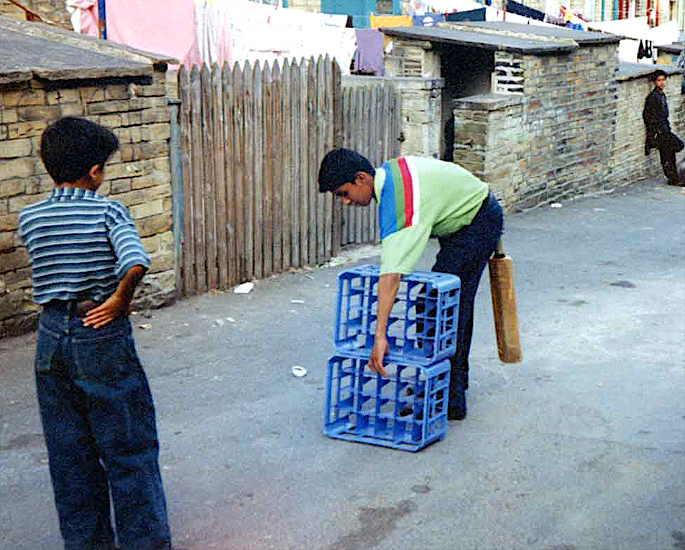 During the 1970s racism was very much in your face. The far-right National Front Party was active, and we saw evidence of this on the streets of Leeds.

One example of this was when we went to play in parks in and around Leeds. We were often chased off pitches by racists.

We played recreational cricket in the back streets, with so many of our matches taking place in public parks.

When we went to areas where there were few Asians, we tended to get more name-calling. The P-word was sometimes used as well.

“There was also what I would call a hidden form of racism.”

I know of a few good cricket players at school. At the time, there was a feeling they wouldn’t get selected because of race.

“So, ultimately many of my closest friends became disillusioned with cricket, and just gave up trying to get into school teams.”

The impact of racism ultimately led to more and more people like me playing in largely Asian teams and stopped us from competing in the big leagues like the Bradford League.

This is important because the Bradford League is where scouts from Yorkshire would come and pick up talent for the county.

With the podcast, what did you come to know about cricket and migration? 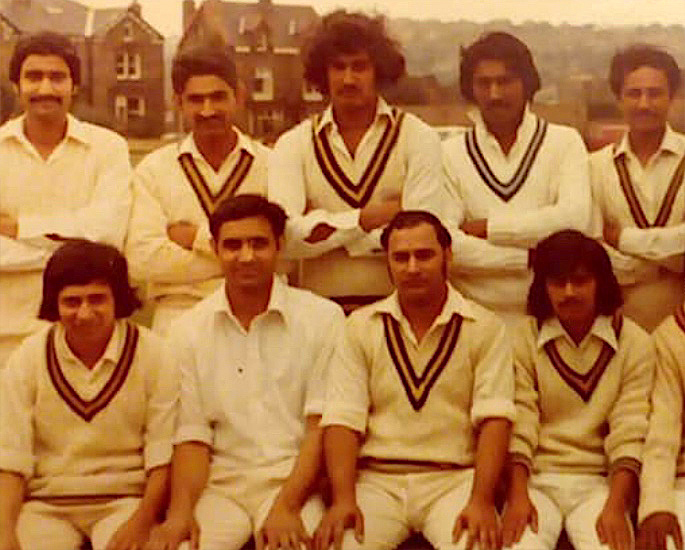 Cricket was first played in Yorkshire when a group of migrants came from India to Batley to set up a team called the Batley Muslims. This is recorded in the handbooks of the Dewsbury and District League.

Some of the players from India had played the sport over there before they came over and were very talented players.

The early cricketers used the sport as a form of escape from the harsh realities of life in the North of England. Many worked long hours in factories, and this allowed a little bit of respite from that.

There were some large companies that had cricket teams in the 1970s. This allowed some Asian players to rekindle their love of the sport.

For many early migrants, there were very few things to do. Therefore, it was either watching a Bollywood movie or getting involved in cricket at your local public park.

Do you plan to expand on this podcast series, especially outside of Yorkshire? 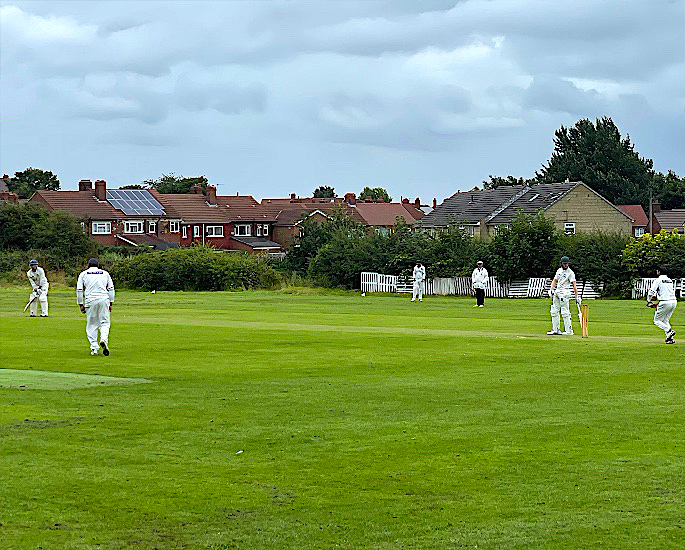 I am exploring this idea ahead of the new cricket season, which starts on the 4th of April. It will be the first season for Yorkshire after the Azeem Rafiq racism scandal.

I have worked with the National Asian Cricket Council who have been very helpful in identifying the major Asian cricket leagues around the country.

These are based in areas with large Asian communities such as the Midlands and the South of England. I have already spoken to the South East Sunday Cricket League and it may feature in future podcasts.

“Beyond England, Yorkshire has signed up a partnership with the Pakistan SuperLeague team, the Lahore Qalandars.”

I have spoken to the club about this, and this may well feature in the next podcast.

The England and Wales Cricket Board plan to shake up the game after the Azeem Rafiq racism row, by increasing diversity in the game. This again is an area I would like to explore further.

There are some key observations from the podcast series. Nasser himself has first-hand experience of witnessing racism in Yorkshire.

Despite cricket opportunities opening up in the past for the Asian communities, they have suddenly come to a halt as opposed to consolidating them.

The is much more scope to investigate racism within women’s cricket, which has been sidelined by the men’s game. Listeners can look forward to a final edition, which may include one more episode.

Nasser Hanif has over 25-years of experience in the media industry, with a cricket specialisation across the BBC. 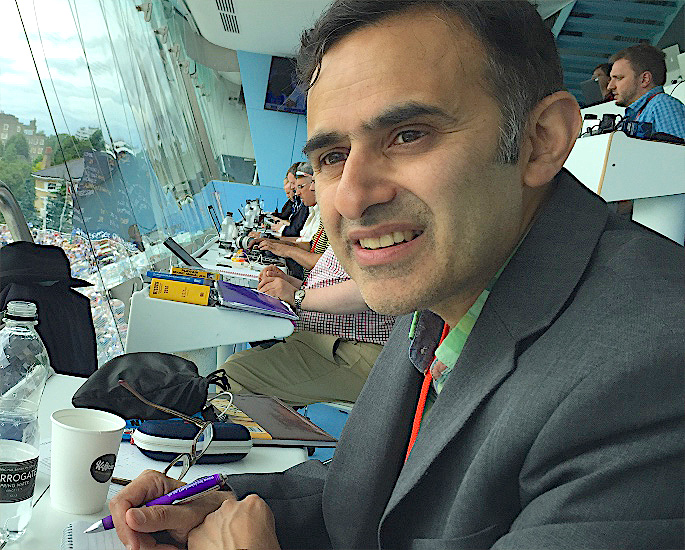 He has previously covered the 1999 Cricket World Cup as part of the sports team at the BBC Asian Network. He also got to cover the final Lord’s Cricket Ground in London.

The Leeds-born broadcast journalist has also produced other cricket-related editorial content. This includes covering the massive Indian friendship tour of Pakistan in 2004, the Bob Woolmer murder case in Jamaica.

Additionally, he reported LIVE from Lord’s, following the famous cricket spot-fixing saga in 2010.

Furthermore, in 2021 Nasser Hanif headed the Heritage Lottery-funded project, From Parks to Pavilions. The England and Wales Cricket Board supported this programme.

Meanwhile, if anyone can listen to the three-part podcast series, Around the Wicket Yorkshire’s Asian Cricket for BBC Sounds and BBC England here.

Sports fans can expect a lot more from the Nasser Hanif from a cricket broadcast perspective.