In India, KFC plans to double the count of female employees at its restaurant as it increases diversity and inclusion initiatives.

"On gender diversity, it has grown very organically."

According to a company official, KFC plans to double the number of female employees at its restaurants in India to around 5,000 in the next three to four years.

This comes as it steps up diversity and inclusion initiatives in the country.

KFC India currently operates two all-women restaurants and is also looking to increase the overall ratio of female employees to 40% by 2024 from the current 30%.

The initiative is under the KFC Kshamata programme, which focuses on doubling female workers by 2024.

“On gender diversity, it has grown very organically.

“It is not like we were going out and trying to make a very loud exercise.

“Between 2013-14 and pre-Covid, in those five or six years diversity in our restaurants, from a gender perspective, has grown from 7-8 per cent to around 30 per cent… that included both team members and leaders of restaurants.

Mr Menon added: “We have about 2,500 hundred women in our restaurants across states.

“Our intent is to at least if nothing else, double the number of women we have in our restaurants over the next three or four years and bring it up to 5,000 or so.” 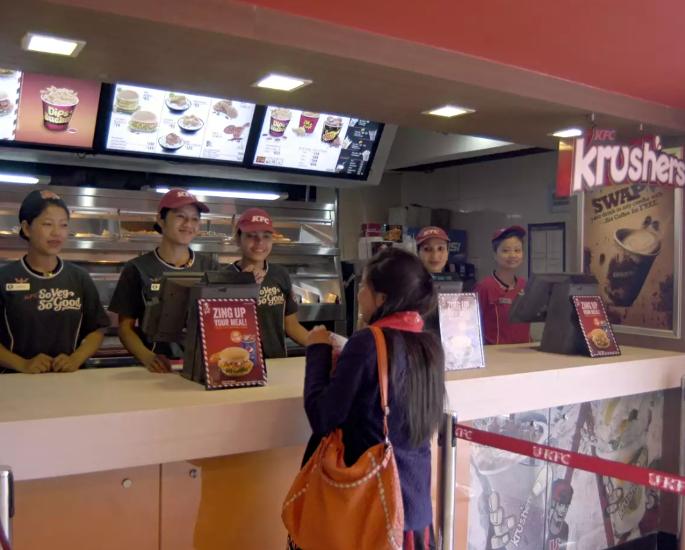 The second one opened in Hyderabad, which was also the 25,000th KFC restaurant in the world.

Mr Menon said: “We are adding new restaurants as well.

“This (gender diversity) sort of gets more amplified as more and more restaurants are opened.”

“Over the years, we have realised, and even research we did in 2019 internally showed up, that in many ways women employees have higher retention, lower attrition and competitive scores are very strong as well.

“Therefore, from an overall brand perspective, it resonates so beautifully with the way our brand is built.”

“And therefore we want to go behind this in a large way.”

KFC India said it also intends to double the footprint of Special KFCs, which are operated by staff which hearing and speech impairments.

It would also launch select, flagship Special KFCs across India that provide job opportunities for specially-abled people as well as a good experience for customers.

Under the KFC Kshamata programme, the brand aims to have 70 ‘Special KFCs’ by 2024, up from the 30 current ones.

Mr Menon added: “Over the last decade or so that first restaurant (Special KFC) has become over 30 and from the first five or six people it has become almost 200.

“The process of doing that has led us to a very deep conviction that as a brand we can make an impact… Our intent is to keep growing that.”

Currently, KFC has more than 480 restaurants in over 130 Indian cities.

Dhiren is a journalism graduate with a passion for gaming, watching films and sports. He also enjoys cooking from time to time. His motto is to “Live life one day at a time.”
Indian Police Inspector takes Bribe & threatens Officers with Gun
Man jailed for Hiding Gun & Bullets in Bush