India has 3rd Highest Number of Billionaires in World

According to a report by Forbes has revealed that India has the world’s third-highest number of billionaires.

Mr Ambani "has become the richest person in Asia"

Forbes has revealed that India has the third-highest number of billionaires in the world after the United States and China.

Forbes’ annual list of the world’s billionaires is topped by Amazon CEO Jeff Bezos for the fourth year in a row.

His net worth is $177 billion, a $64 billion increase from a year ago. This is due to surging Amazon shares.

Mr Ambani ranked 10th on the global billionaires’ list, with a net worth of $84.5 billion.

Forbes said Mr Ambani “has become the richest person in Asia, ranked Number 10 and worth an estimated $84.5 billion.

“He nudges out Jack Ma of China, Asia’s richest person a year ago, whose rank dropped to 26 (from 17 last year) despite a nearly $10 billion jump in his fortune to $48.4 billion.”

Adani Group Chairman Gautam Adani is the second richest person in India and is ranked 24th, with a net worth of $50.5 billion.

Cyrus Poonawalla is ranked 169th overall, with a net worth of $12.7 billion.

He is the Chairman of the Poonawalla Group and the founder of the Serum Institute of India, the world’s largest vaccine manufacturer.

Mr Poonawalla is seventh on the list of Indian billionaires. 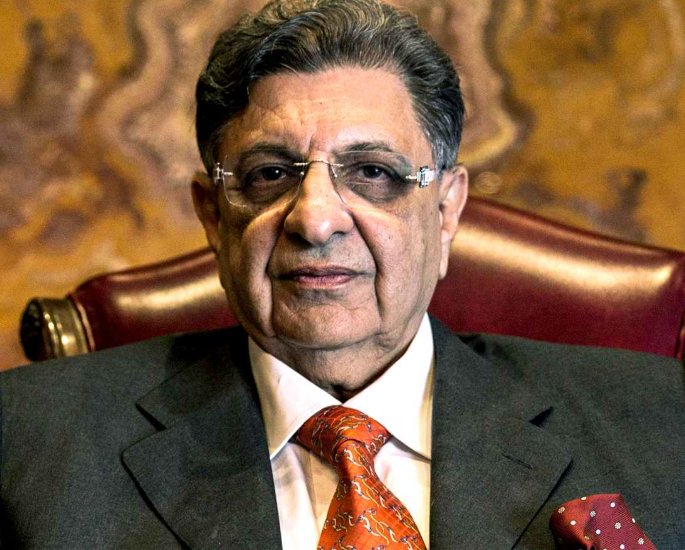 Meanwhile, Shiv Nadar, founder of HCL Technologies, is the third richest Indian and is ranked 71st in the world, with a net worth of $23.5 billion.

“The three richest Indians alone have added just over $100 billion between them.”

Forbes said: “As a result of the gains in China, Beijing is home to more billionaires than anywhere in the world, overtaking New York City.

India has 140 billionaires, followed by Germany with 136 and Russia with 117.

According to Forbes, the 1,149 billionaires from Asia-Pacific countries have a combined net worth of $4.7 trillion, while the US billionaires are worth a total of $4.4 trillion.

The youngest billionaire is 18-year-old Kevin David Lehmann of Germany, whose father Guenther Lehmann transferred his stake in drugstore chain dm-drogerie mkt to him.

The oldest billionaire is US insurance tycoon George Joseph, aged 99.

The number of billionaires on Forbes’ list increased by 660 to an unprecedented 2,755, altogether worth $13.1 trillion.

There are 493 newcomers on the list and there is “roughly one new billionaire every 17 hours, including 210 from China and Hong Kong and 98 from the US”.

French billionaire Bernard Arnault, who has an empire of 70 brands, is the world’s third-richest person and is worth $150 billion.

Altogether, Europe’s billionaires are $1 trillion richer than a year ago.

The richest woman this year is cosmetics heir Francoise Bettencourt Meyers of France, who, with a net worth of $73.6 billion, is ranked 12th.

Dhiren is a journalism graduate with a passion for gaming, watching films and sports. He also enjoys cooking from time to time. His motto is to “Live life one day at a time.”
Indian Railways completes World’s Highest Bridge Arch
Business Coach’s Podcast to help Desi Women Entrepreneurs