Qatar has been accused of paying hundreds of “fake fans” to parade for the cameras ahead of the World Cup.

"I do wonder if they just hired random people to cheer."

Qatar is facing accusations that they have paid hundreds of people to pretend to be supporters in a series of videos ahead of the World Cup.

In Doha, footage has emerged of various ‘fan parades’ ahead of the tournament’s kick-off on November 20, 2022.

This includes celebrations with supporters allegedly from across the world.

Qatar Living – dubbed the country’s first official community platform on TikTok – has been sharing videos of ‘fans’ from different countries gathered in their hundreds with flags, painted faces and banners.

It is suggested that supporters had arrived early in Qatar.

But fans were unconvinced, with some accusing the Qatari authorities of paying migrant workers to dress up as fans from different nations. 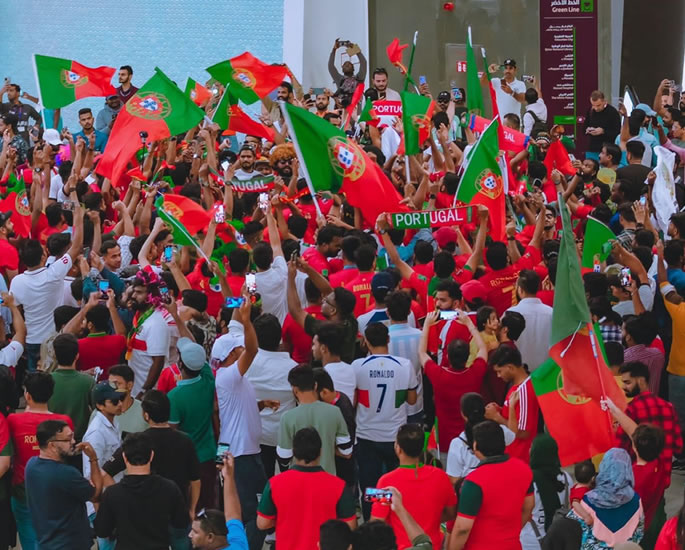 In the England video, the ‘fans’ were wearing England shirts and caps, waving the St George’s flag and holding up a banner that said: “It’s coming home.”

The Portugal video showed hundreds of people bouncing up and down and performing Cristiano Ronaldo’s trademark celebration.

Many were wearing ‘Ronaldo 7’ shirts.

Questions have been raised about the legitimacy of the fans as the videos appear to be carefully curated. The same musical instruments appeared to have been used in several of the clips.

One comment read: “Must be England fans from Kerala, India.”

A third wrote: “I do wonder if they just hired random people to cheer.”

Some believed they saw the same people in different videos.

A user wrote: “I swear they’re paying the workers to be fans at this point. I’ve seen them supporting like seven different countries.”

One person said: “Saw them all dressed as Brazil fans yesterday.”

Others wondered why fans would be gathering several days before the tournament, with one joking that “it was perfectly normal for football fans to gather spontaneously 10 days before their team play”.

One person called the footage “the most embarrassing thing I’ve ever seen in football”, while another speculated that “attendance numbers are far lower than they expected”.

Some pointed out that there were no women in the videos.

Obviously choreographed with fake fans but I'm just confused about the objective? Was it supposed to be a drill ??

The Qatar 2022 Supreme Committee rejected claims the fans were fake and said “their passion for football is authentic”.

A spokesperson said: “Fans from all over the world – many of whom have made Qatar their home – have contributed to the local atmosphere recently, organising fan walks and parades throughout the country, and welcoming the various national teams at their hotels.

“Numerous journalists and commentators on social media have questioned whether these are ‘real’ fans.

“We thoroughly reject these assertions, which are both disappointing and unsurprising.”

“Qatar, and the rest of the world, is comprised of a diverse range of football fans, many of whom share emotional connections with multiple nations.

“In different places around the world, fans have different traditions, different ways to celebrate, and while that may contrast with what people are used to in Europe or South America, it doesn’t mean the passion for football is any less authentic.” 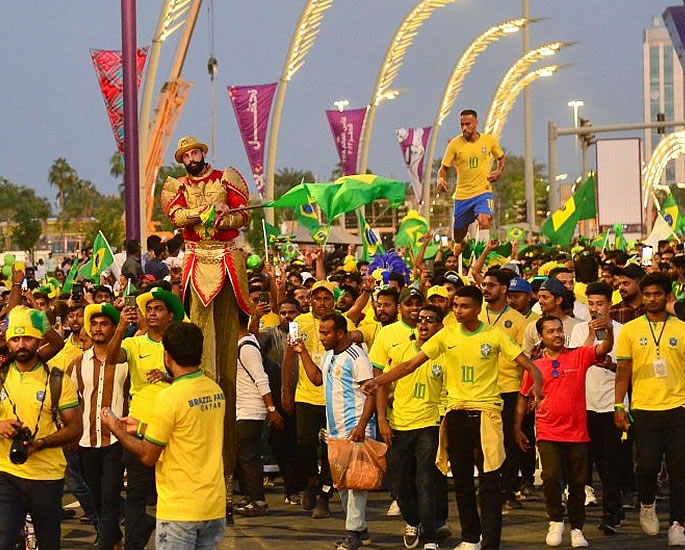 Meanwhile, Simon Chadwick, professor of sport and geopolitical economy, suggested that many of those seen in the videos were genuine football fans.

On Twitter, he believed that some of the fans could be there to “bask in reflected glory” by supporting nations more likely to be successful at the World Cup.

Dhiren is a journalism graduate with a passion for gaming, watching films and sports. He also enjoys cooking from time to time. His motto is to “Live life one day at a time.”
Shubman Gill addresses Sara Ali Khan Dating Rumours
8 Top Toughest Sports in the World